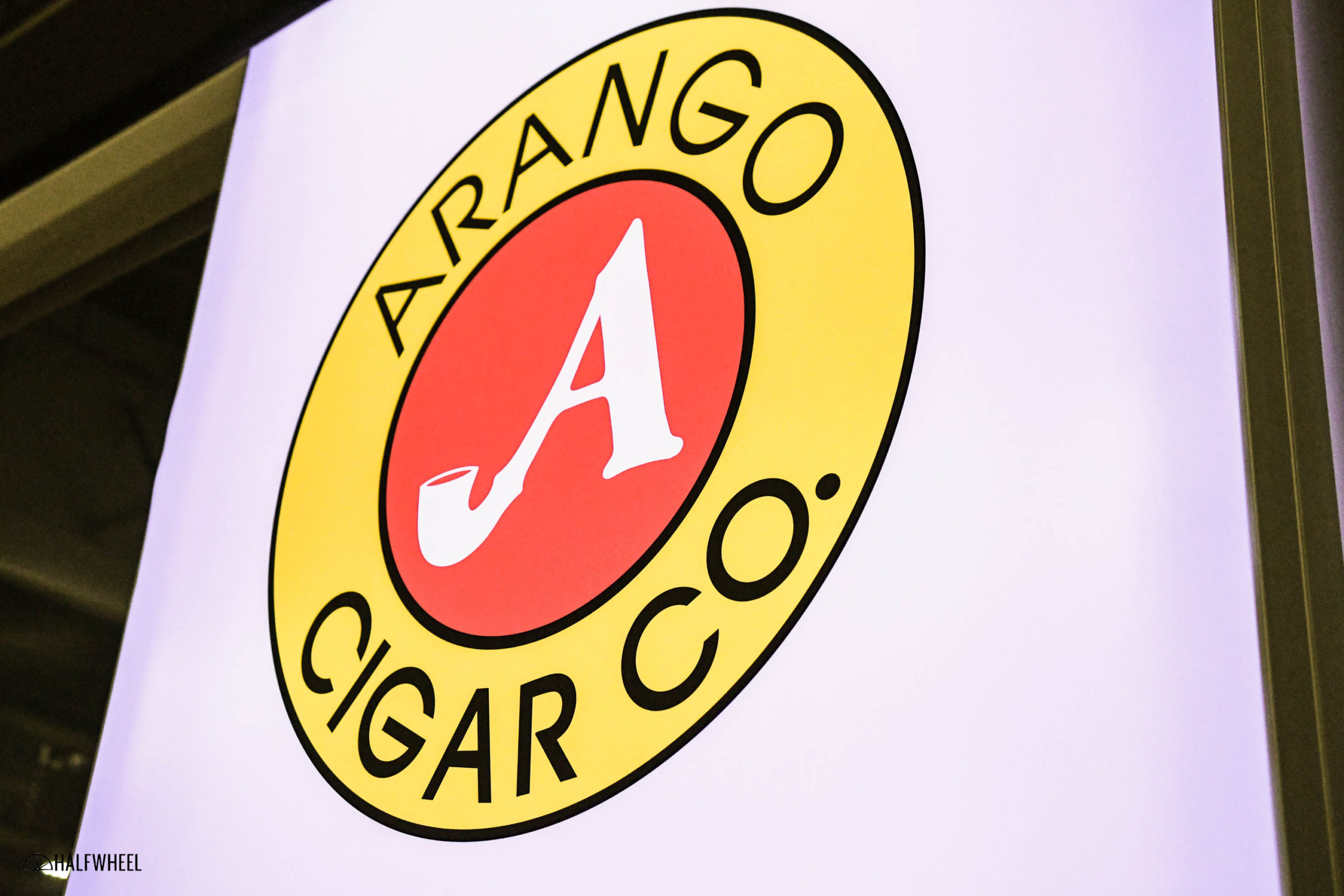 There are a handful of the larger booths that didn’t change their layout at all, and Arango Cigar Co. is one of them. 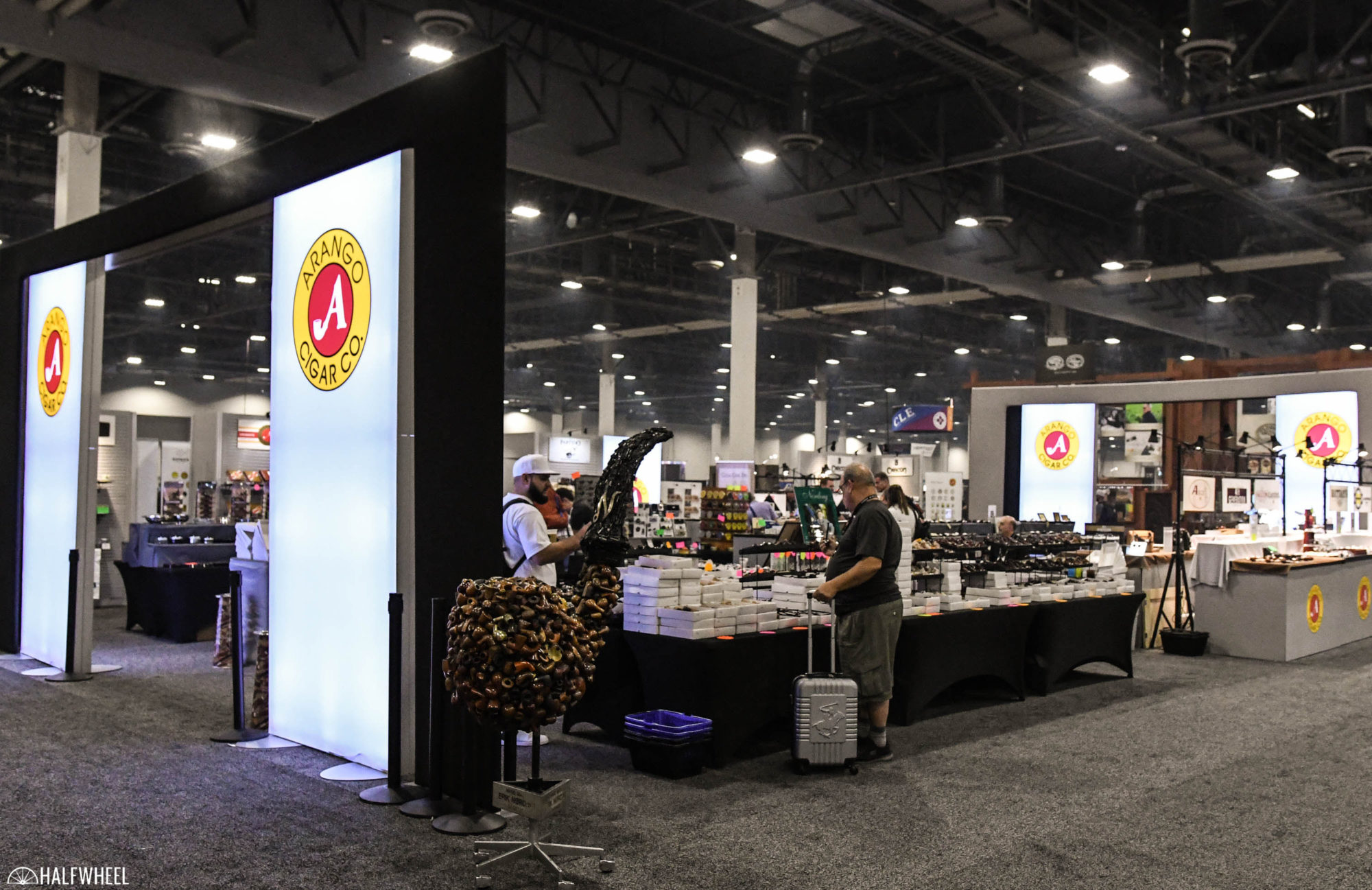 Not that the structural part of their booth is overly large, but the reducing of booth structure (not footprint) seemed to be the unofficial theme of the show. Besides having the same booth, the one other consistent thing I remember seeing at Arango year after year is the giant pipe sculpture made out of pipes. And you know what? This year I finally remembered to take a picture of it. 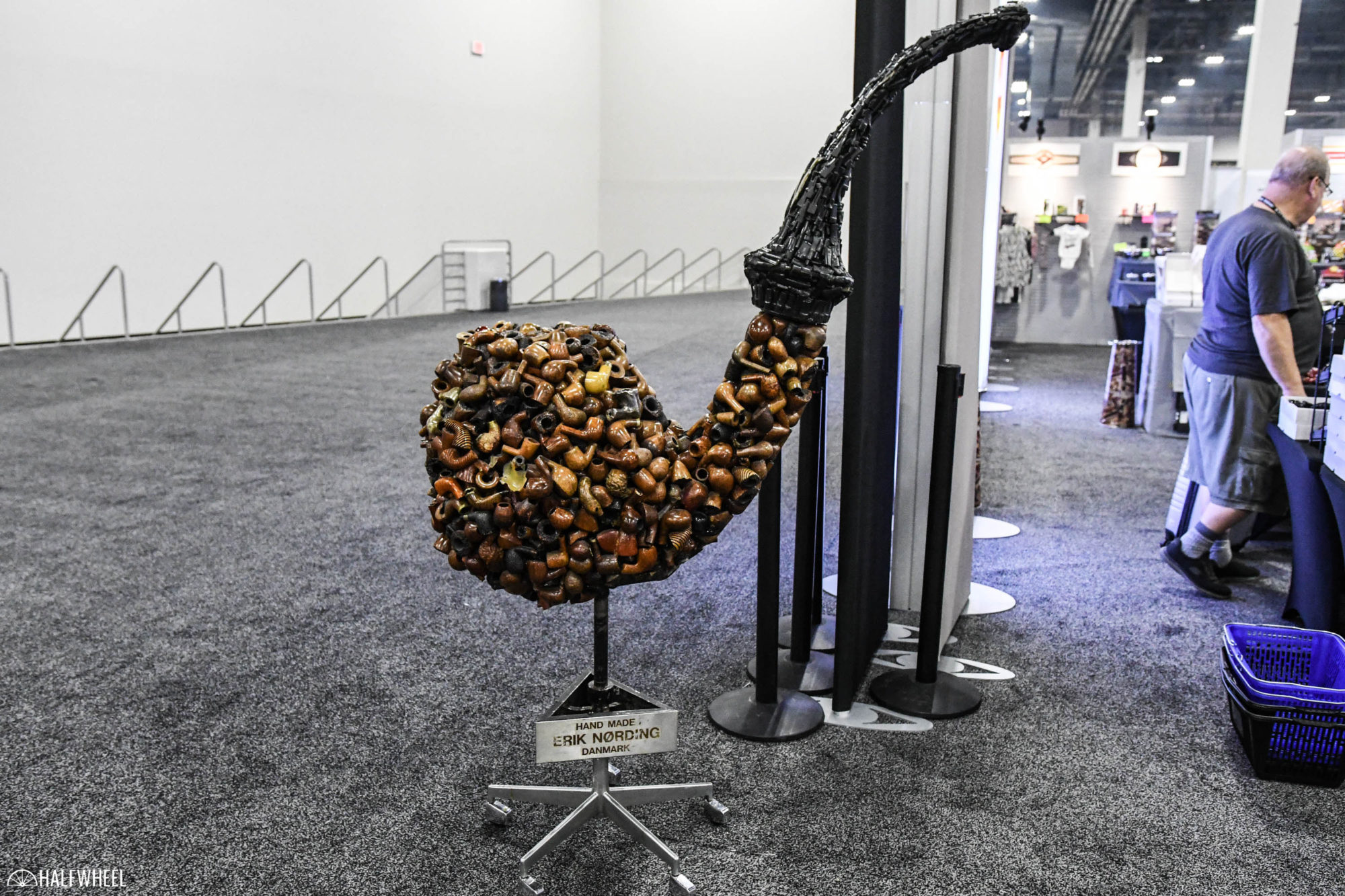 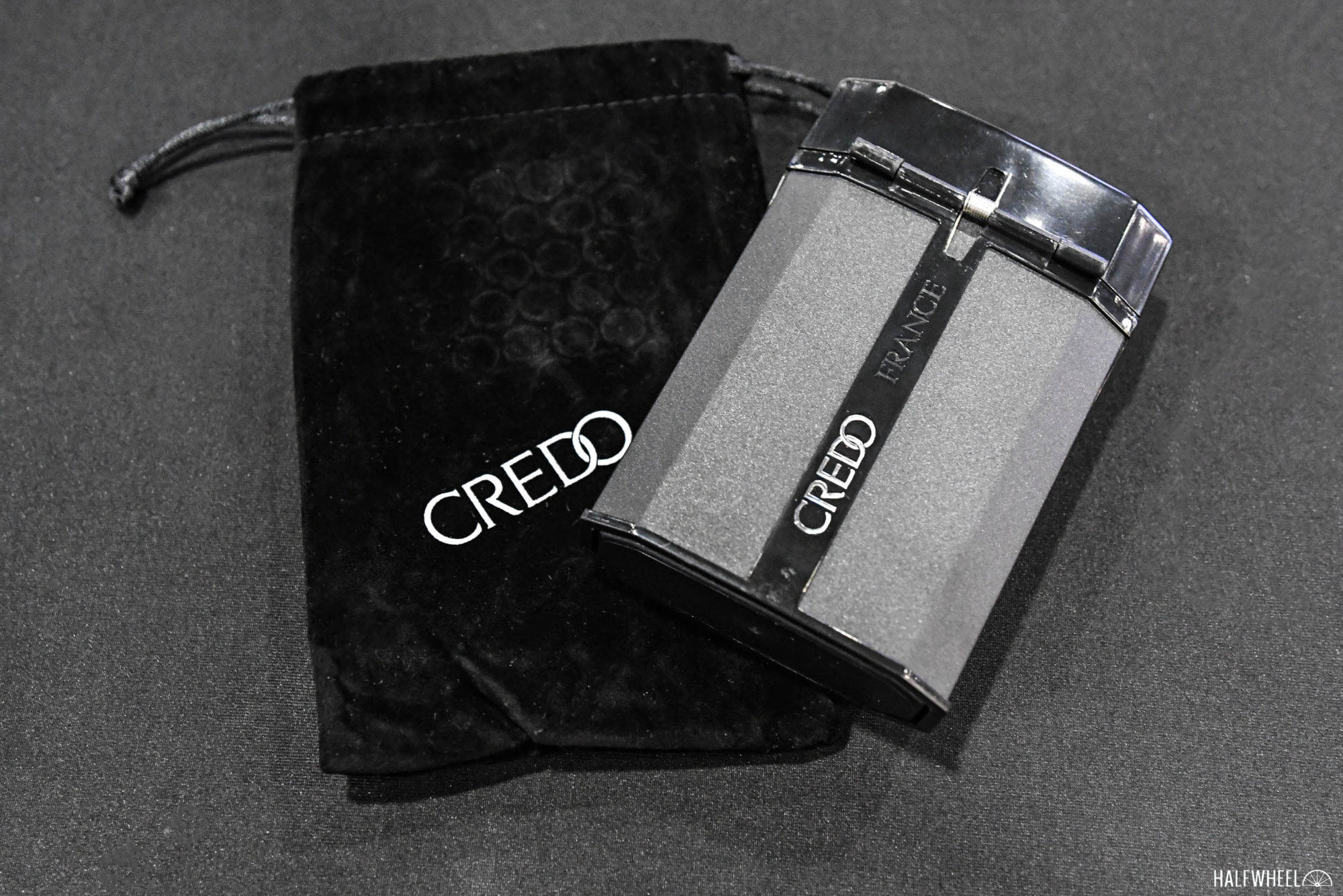 The Credo Three Cigar case isn’t like other three-finger cigar cases that rely on the top of the case to have enough room to slide up to accommodate longer cigars. This case is made out of rigid plastic and the bottom of the case slides downward to create more room. 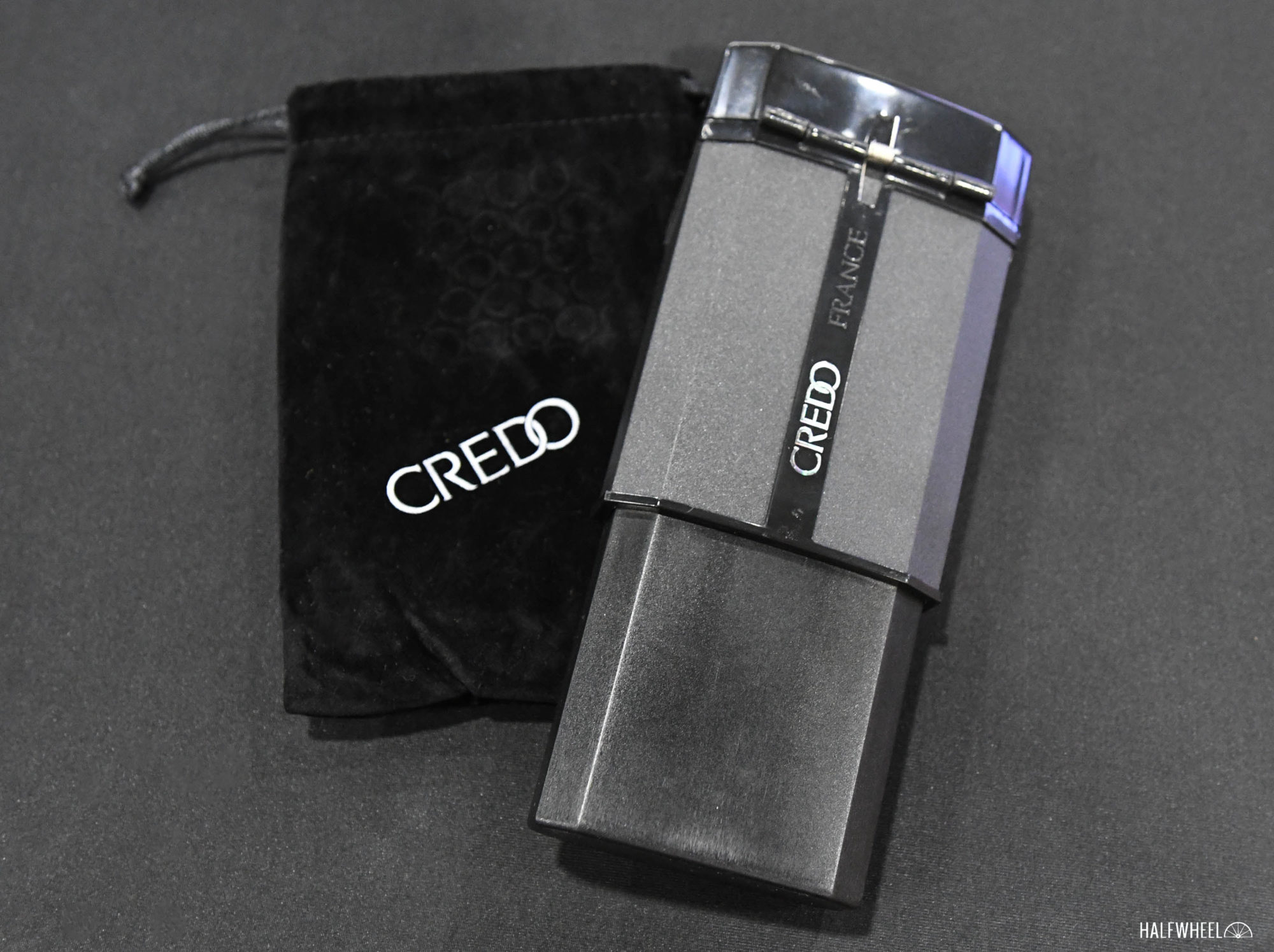 The spring-hinged lid pulls back to allow access to your cigars and also houses the small humidifier to keep those cigars safe and properly humidified. 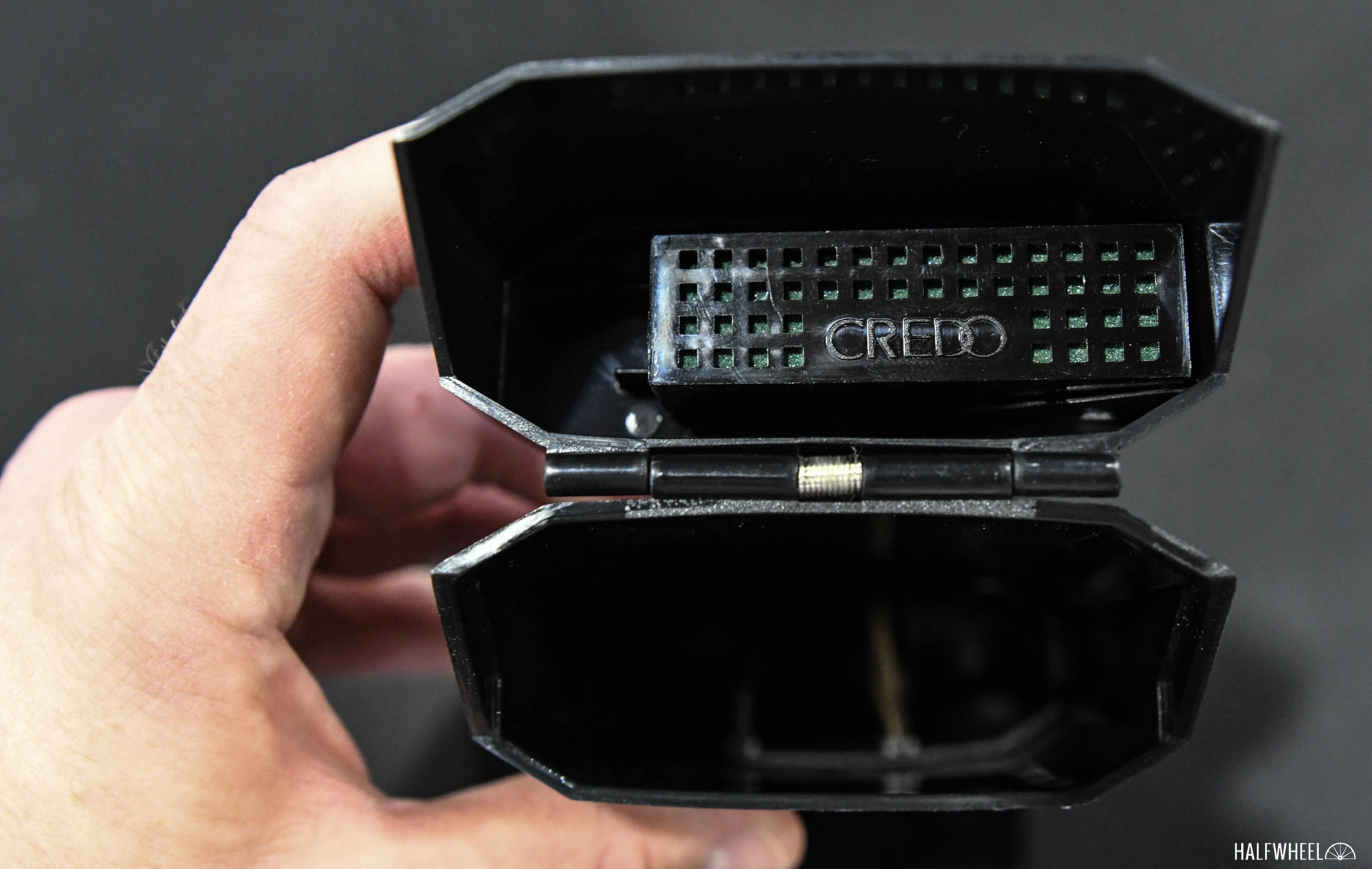