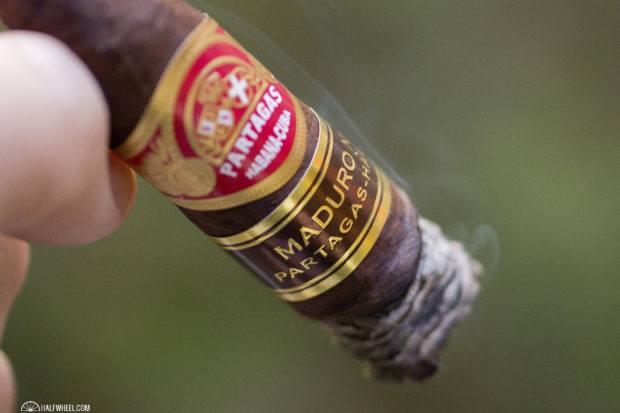 While Cohiba is undoubtedly the flagship of the Habanos S.A. portfolio, and Montecristo may very well have the best selling cigar in its iconic No.2 vitola, there is still something quite magical about the word Partagás.

It’s a heritage brand, certainly, with its roots going back to the mid-1800s, but it is arguably best known for the building that bears its name, the iconic Partagás factory. While not in operation at the moment, it still houses a very active La Casa del Habano and has been the subject of countless photographs by visitors to the island.

It’s also one of the more stocked marcas in terms of current production cigars, something that isn’t a huge surprise given its status as one of the company’s seven global brands; Montecristo, Cohiba, H.Upmann, Romeo y Julieta, Hoyo de Monterrey, and José L. Piedra being the other six.

A recent count shows 23 regular production vitolas in the line, though that does include the yet-to-be-released Capitols and two other new additions to the portfolio, as at this year’s XX Festival del Habano in Havana, Cuba, Habanos S.A. officially unveiled a pair of new sizes for the Partagás Linea Maduro, which debuted in 2015 in the No. 1 vitola, a 5 1/10 x 52 robusto vitola. 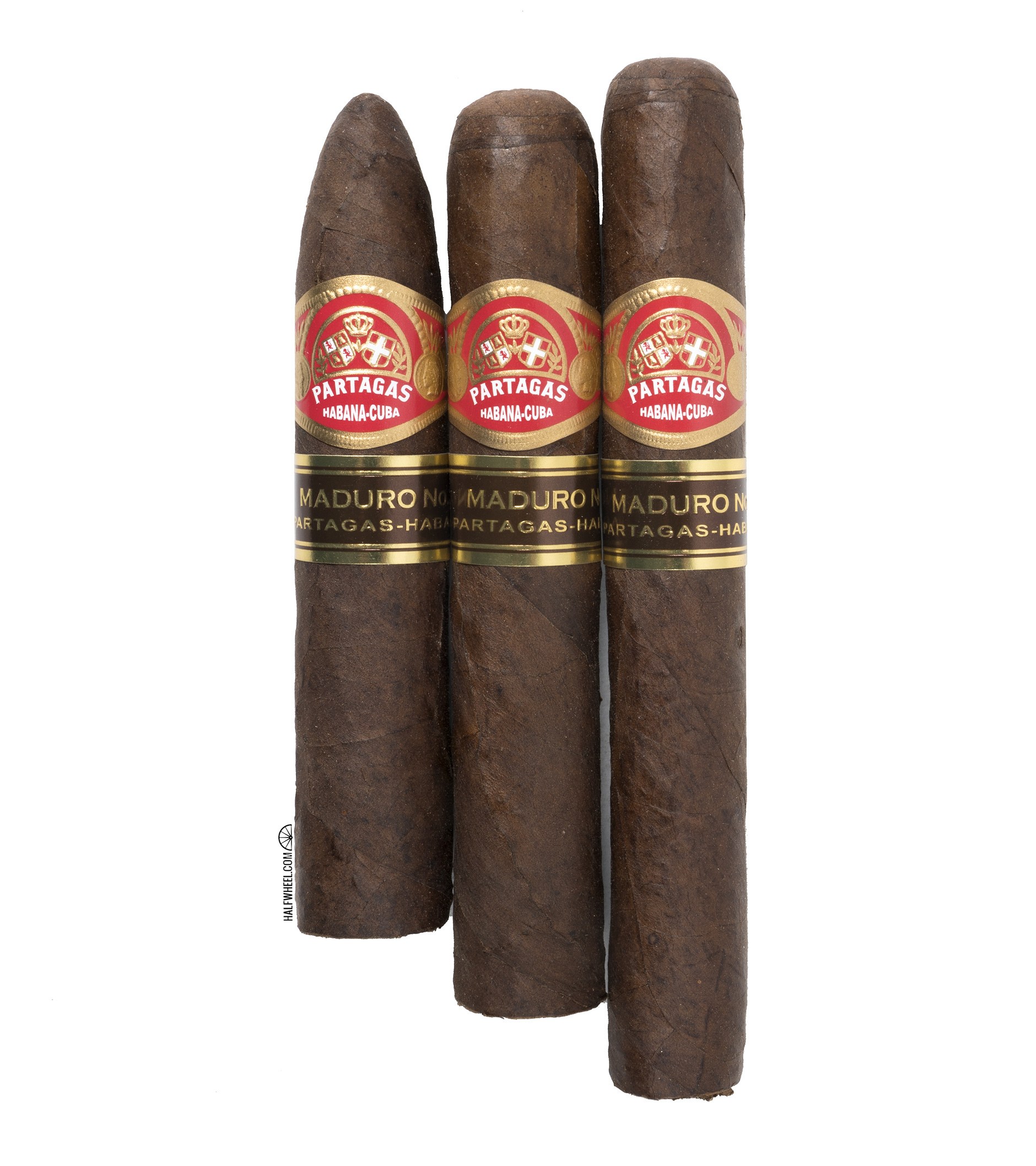 Habanos S.A. is known to roll a new vitola on occasion, and they did that again in the case of both the Partagás Maduro No .2 and No. 3. Known as the Short Pirámides, it is similar to a number of other cigars that also fall under the Petit Pyramid grouping, though it is only close in size to cigars like the Montecristo Petit No. 2, which measures 4 7/10 x 52. The general Petit Pyramid vitola has been used for a number of Edición Regional releases as well, though again, nothing in the exact same size.

Unlike its new world counterparts, Habanos does not designate many cigars as being maduro; Cohiba was the first when its Linea Maduro was released in 2007, though the word isn’t expressly used in the cigar’s name. Rather, the Cohiba Genios, Magicos and Secretos are simply understood to be the line’s maduro offerings. 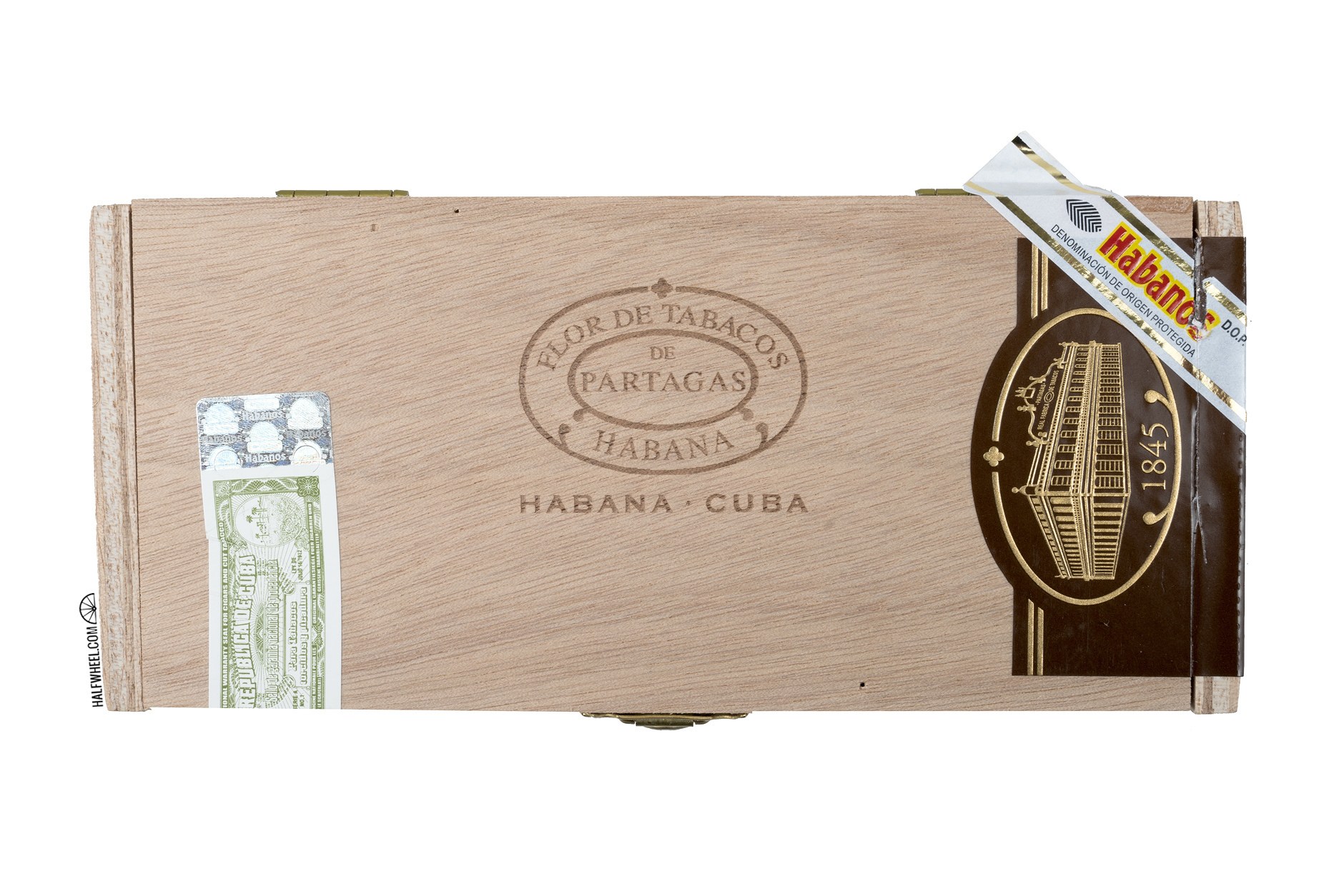 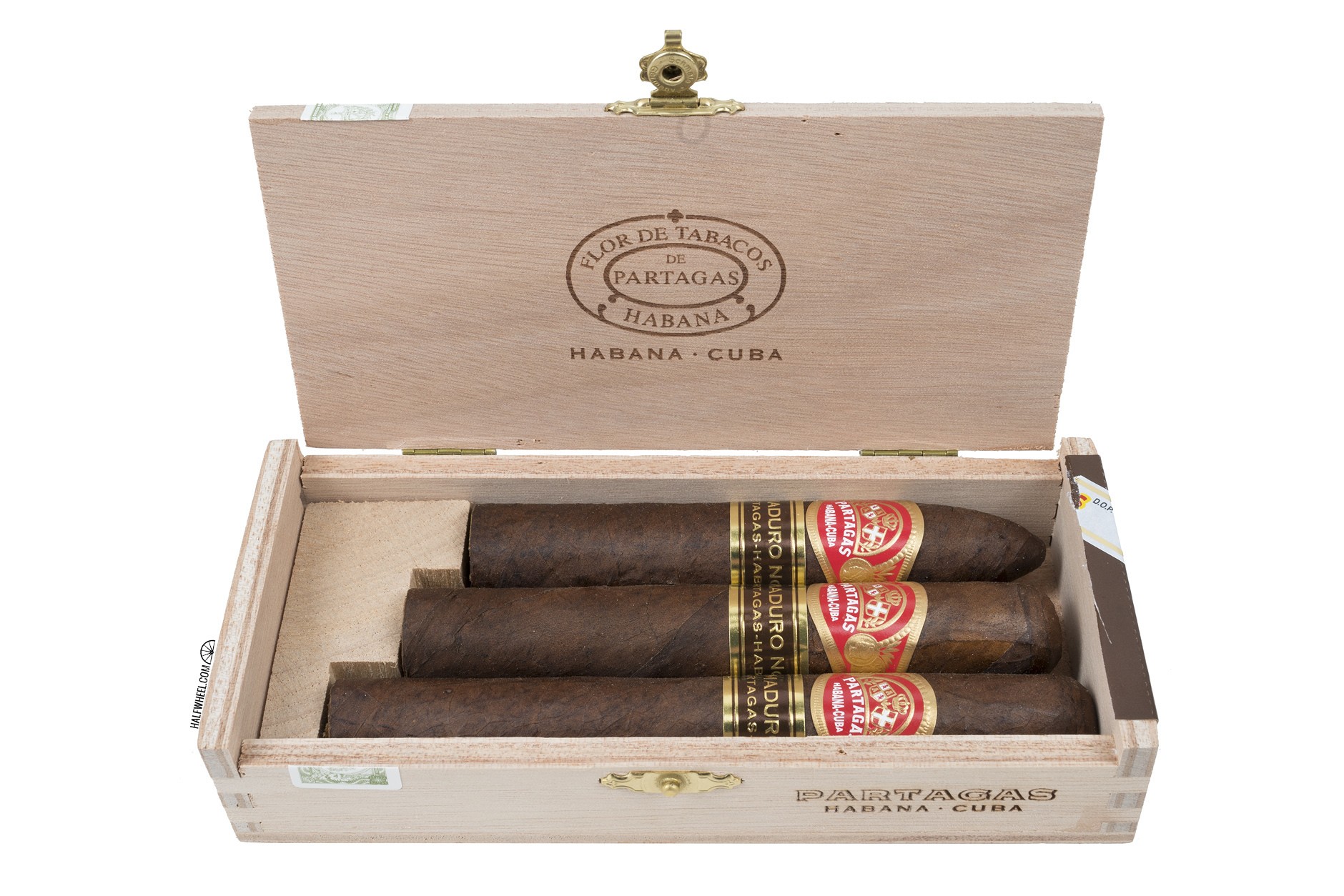 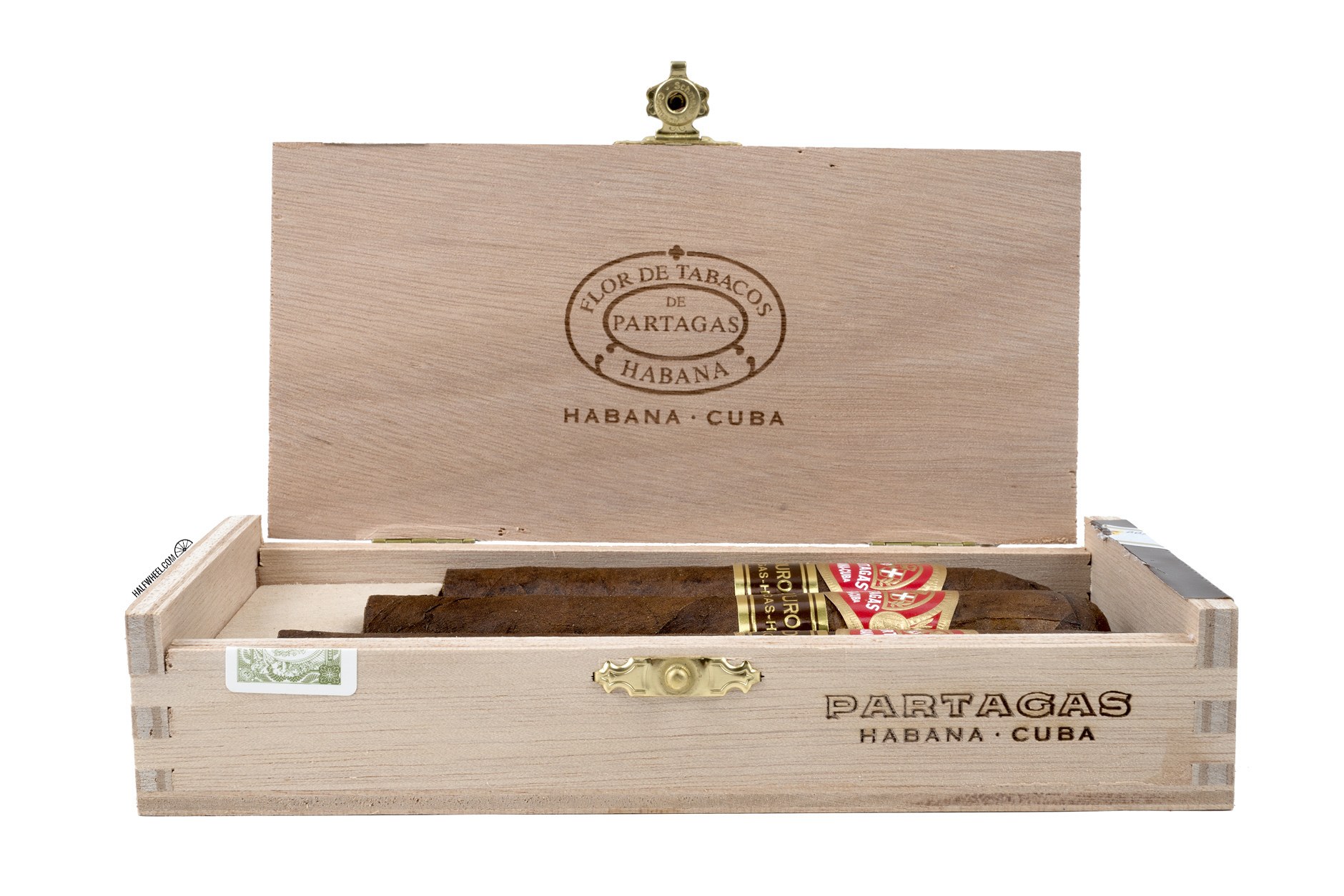 In the case of Partagás, however, the word maduro is used in the proper name of the cigar, which also helps differentiate it from cigars such as the Serie E No.2 and the Serie P No.2. Like the Cohiba, however, it is also indicated on the band, though here it is on a secondary band with an updated design shared with the Añejados release. 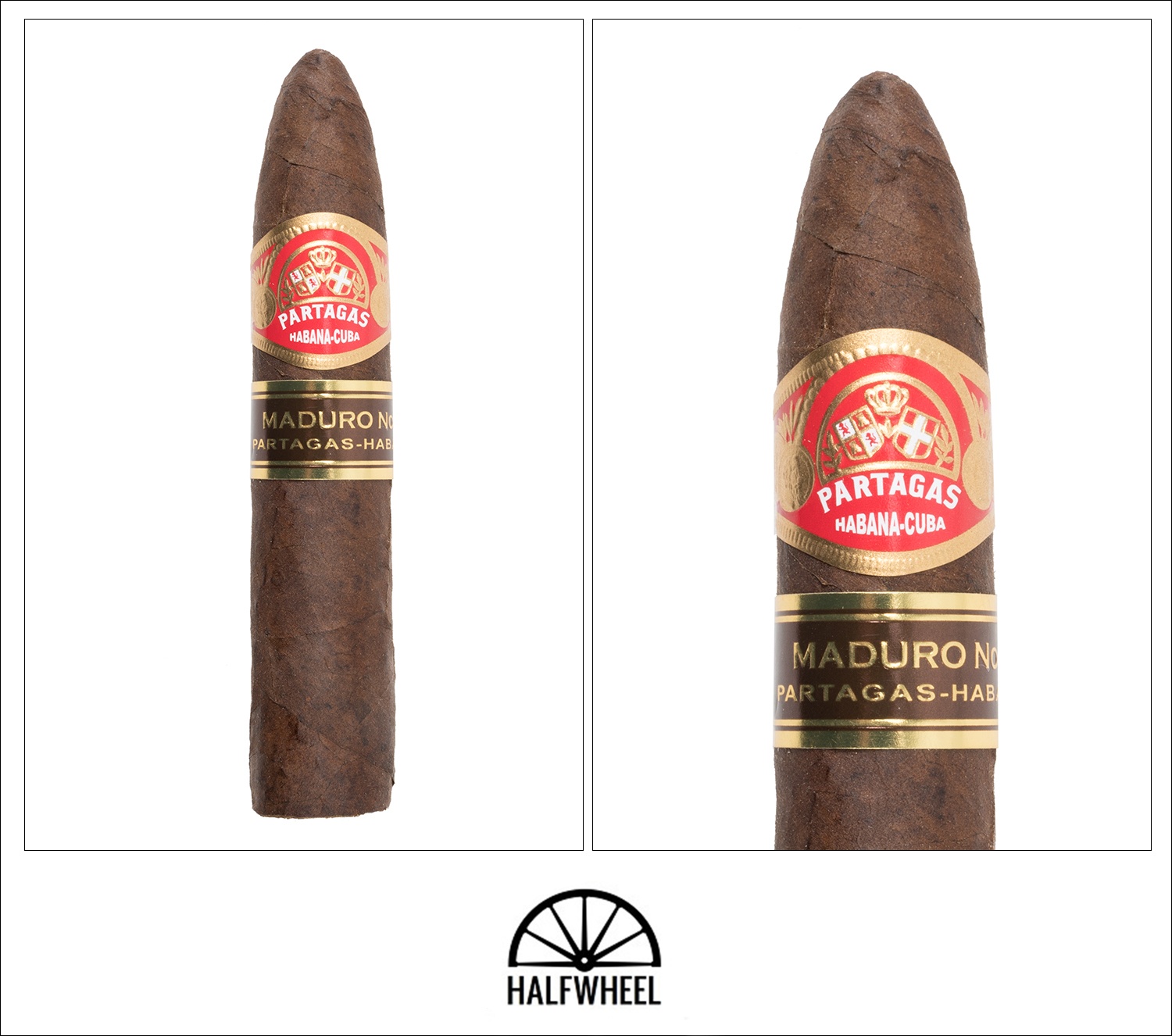 The Partagás Maduro No.2 is an interesting-looking vitola given its relatively short length and belicoso style head. The wrapper is also quite dark and rich, meaty in its appearance on the first sample and more chocolate in the second. While it doesn’t glisten, there is some oil to be found in the capa, and my fingers glide over it, with some velvety texture to be found as well.The first sample is a fairly firm cigar, offering just a bit of give in spots but far from the sponginess I’ve found in other cigars coming off the island, while the second is on the softer side and more what I expect from a Cuban roller. The differences between the two samples continue on the pre-light aroma; the first’s foot offers some jelly sweetness, almost as if I’d opened a bunch of the single serve packets found at a diner and take a whiff of the collective.The second has none of that though, offering wheat toast that is dry and tingles the nose. The cold draws are a bit more similar, with some faint traces of the sweetness but it’s not what jumps off first, rather there’s some biting bark and odd pepper the gets to the inside of my lips and the tip of my tongue.

I hate to call a cigar raw tasting right out of the gate, but that’s what I get with the first sample of the Partagás Maduro No.2; there’s an odd taste that I can’t quite place though it does taste a bit waxy and chalky, certainly young, and quite possibly underprocessed, even though the wrapper looks about as good as any you’d find off the island. That said though, the burn line shows a bit of black puffiness, a sign that could be underfermented or have some other issue. The second sample doesn’t have the flavor problem, offering a dry, toasty profile with a bit of pepper on the tongue, while retrohales are pepper dominant, though not overly heavy or robust. The first clump of incredibly dark gray ash drops off unexpectedly, feeling like a heavy ash when it hits my side as it lands. It also reveals that the burn line is a bit more crooked and uneven than I thought, though it’s not bad enough to touch up the first sample. The flavor cleans itself up a bit as the burn line approaches the second third, though it’s still rather raw at its core, with a hearty meatiness for the tongue that finishes with just a bit of dark berry sweetness, while the nose gets plenty of black pepper on a retrohale. The burn and draw have both been good in the first section, with a decent amount of smoke production to boot. 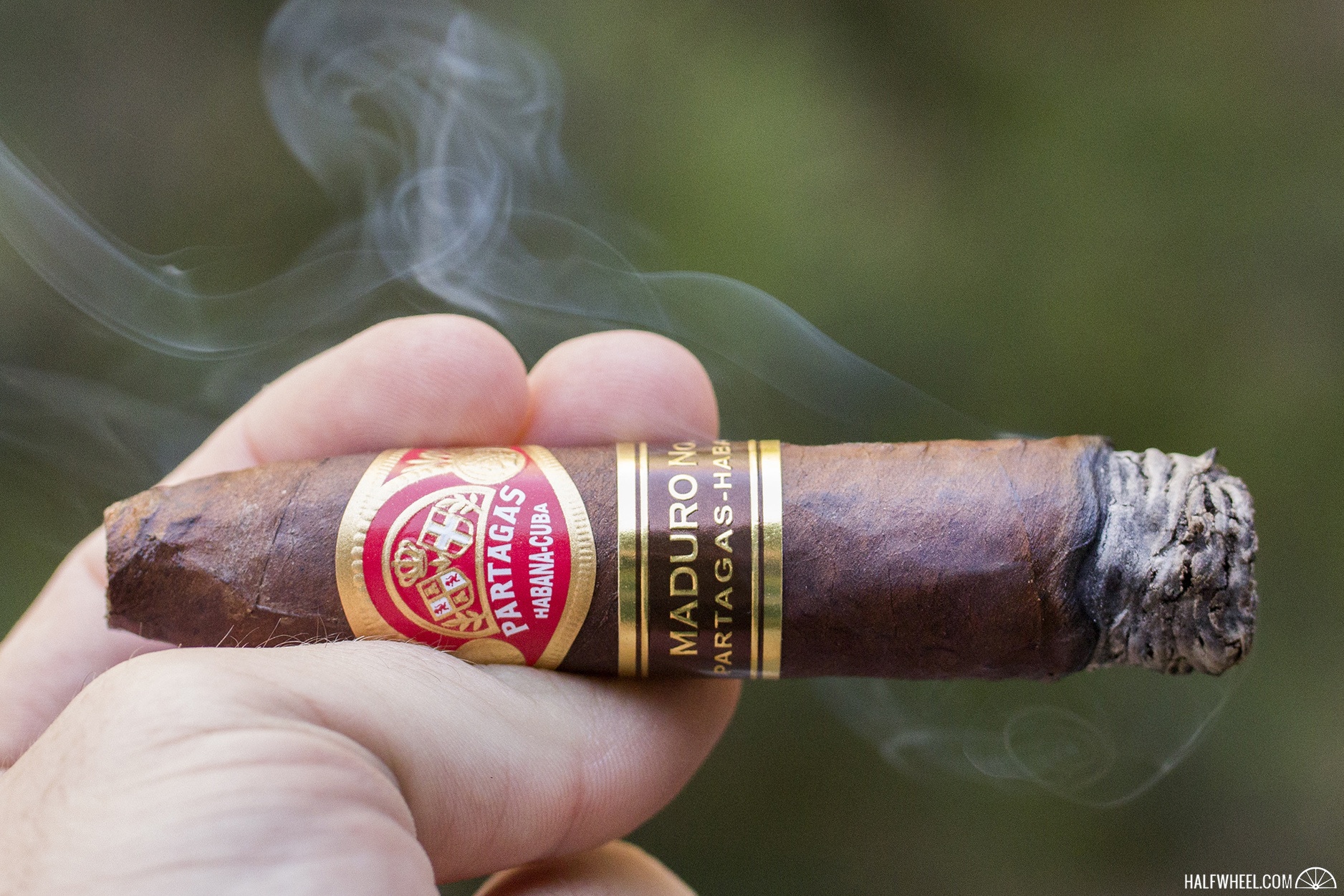 The second third of the Partagás Maduro No.2 takes a few puffs to finish shaking off the youth it showed in the first third, and when it does, the results in the first cigar are fairly impressive. It’s still a bit youthful, but there is some juicy berry sweetness to be found, while pepper is still prevalent but a bit more restrained on the retrohale. The second cigar doesn’t show such a change, however, and I’m left with more of the wheat toast and pepper, which is decent but hardly unique. By the final puffs of the second third, the pepper in the retrohales gets a bit more youthful, which means both more vibrancy and a bit more harshness. For my issues with the flavors, thankfully there’s still nothing to complain about with the technical performance of the cigar. 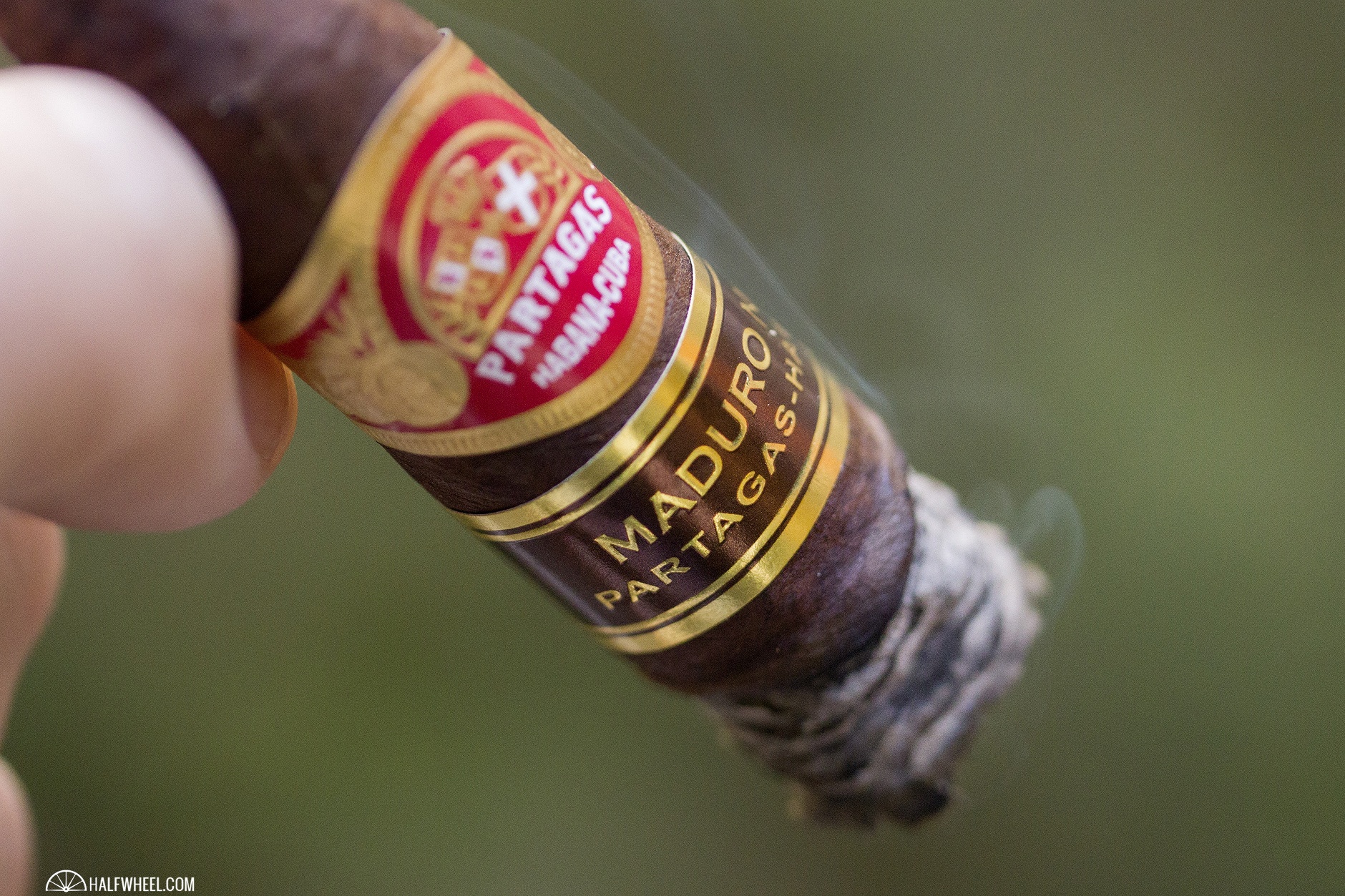 It’s not quite at the start of the final third of the Partagás Maduro No.2, but just a few puffs in there is a newfound robustness and strength in the profile, and in the case of the second sample, there is still absolutely no sweetness to be found. The profile turns a bit nuttier and I get some peanut butter in the final inch or so, though given how close the cigar is coming to its conclusion, it’s tough to dive into them fully. The closing puffs become a bit disjointed, as while the robustness and harshness has faded, there’s not some white pepper that is all over the front half of my tongue. While not overpowering, it is a bit hectic as the flavor doesn’t feel terribly cohesive. Only the second sample has any sort of combustion issue, requiring a relight to help it reach the finish line. 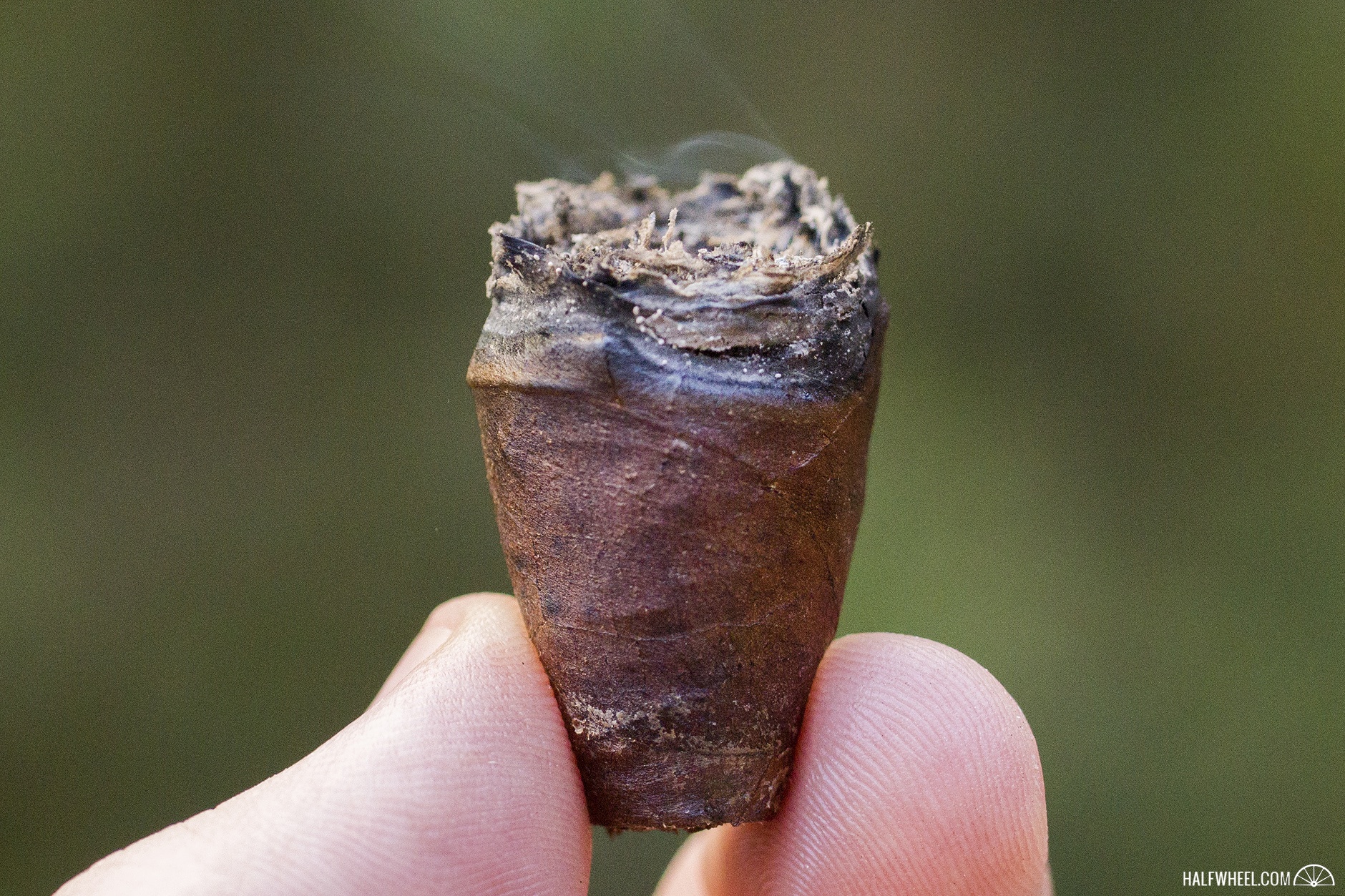 Inconsistency, young flavors, and a lack of depth are leading to a bit of regret having smoked two samples of the Partagás Maduro No. 2. The first showed the most promise in its second third, at least by way of what I think of when it comes to a maduro cigar, while the second seems to have completely missed the memo and tasted like seemingly any off-the-shelf cigar. If anything, I'm optimistic that the regular production version, and a bit of time, will help the Partagás Maduro No. 2 turn into the cigar I hope it can be, though with those two qualifiers in the mix, it may be a few years before the ideal version of this blend appears.