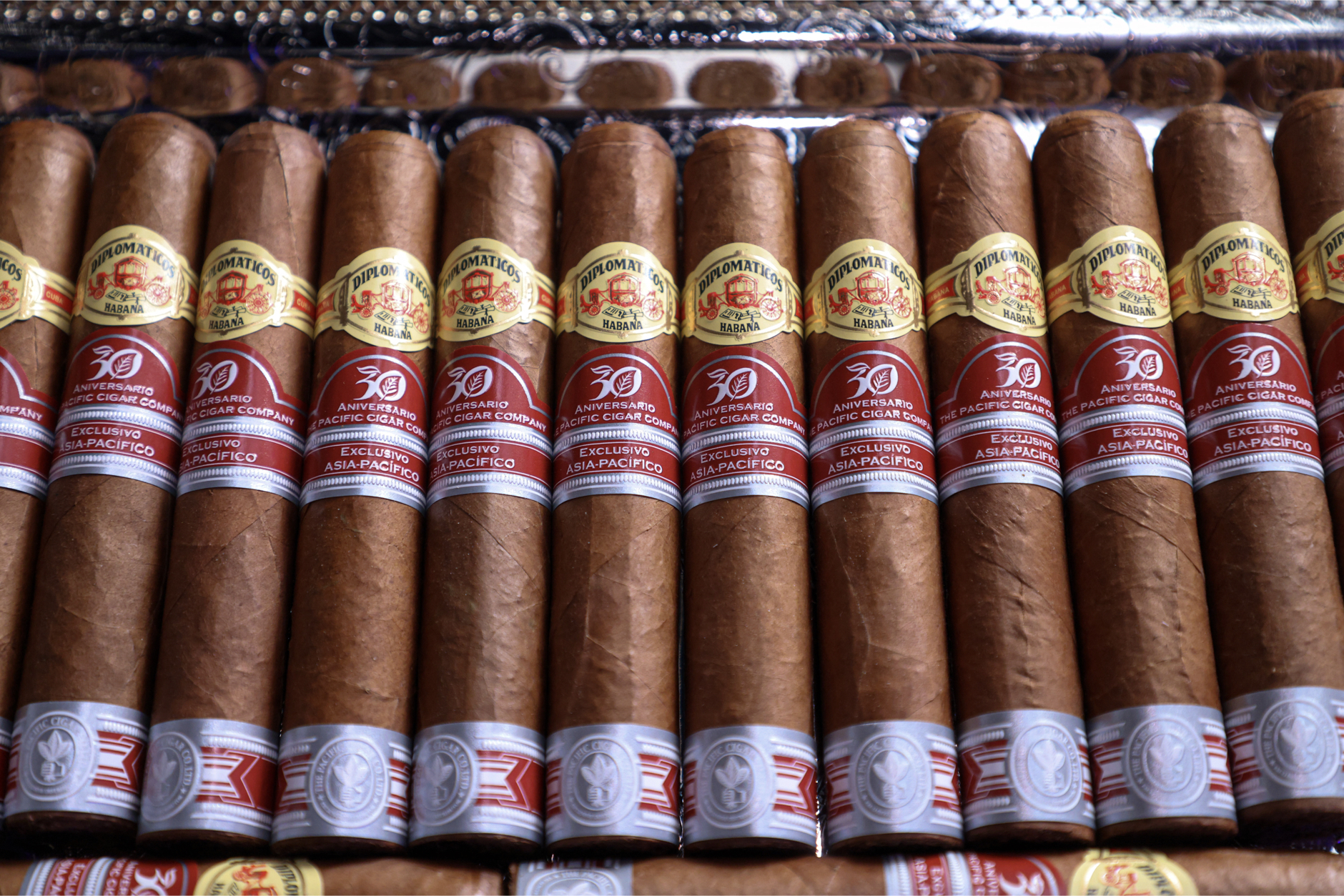 The Diplomáticos PCC 30th Anniversary Edición Regional Asia-Pacifico (2022) measures 5 1/2 (140mm) x 56. It’s a parejo size known within the Cuban naming system as aromosos, which has been used once before, for the Hoyo de Monterrey Le Hoyo de Rio Seco. The cigar is not on sale yet, and Pacific Cigar Co. has not announced when it might go on sale or what the pricing will be. 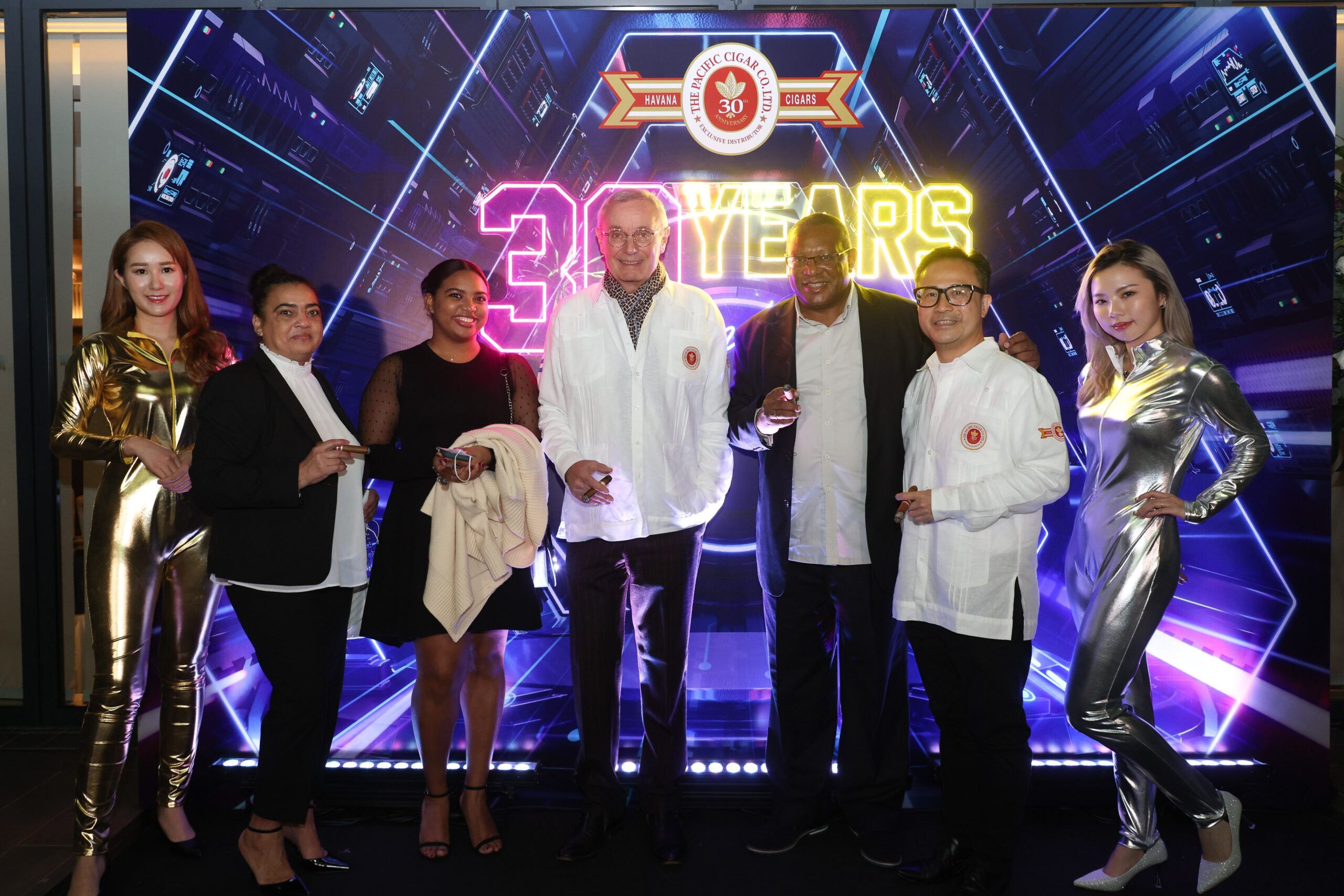 Pacific Cigar Co. was founded in 1992 by the late David Tang. Over the years, it has grown from its home in Hong Kong to become one of the important distributors of Cuban cigars. The company’s massive distribution footprint covers more than 30 countries across Asia and Oceania. In addition, Pacific Cigar Co. has more than 30 retail stores and lounges. Dag Holmboe has served as Pacific Cigar’s leader for more than two decades.