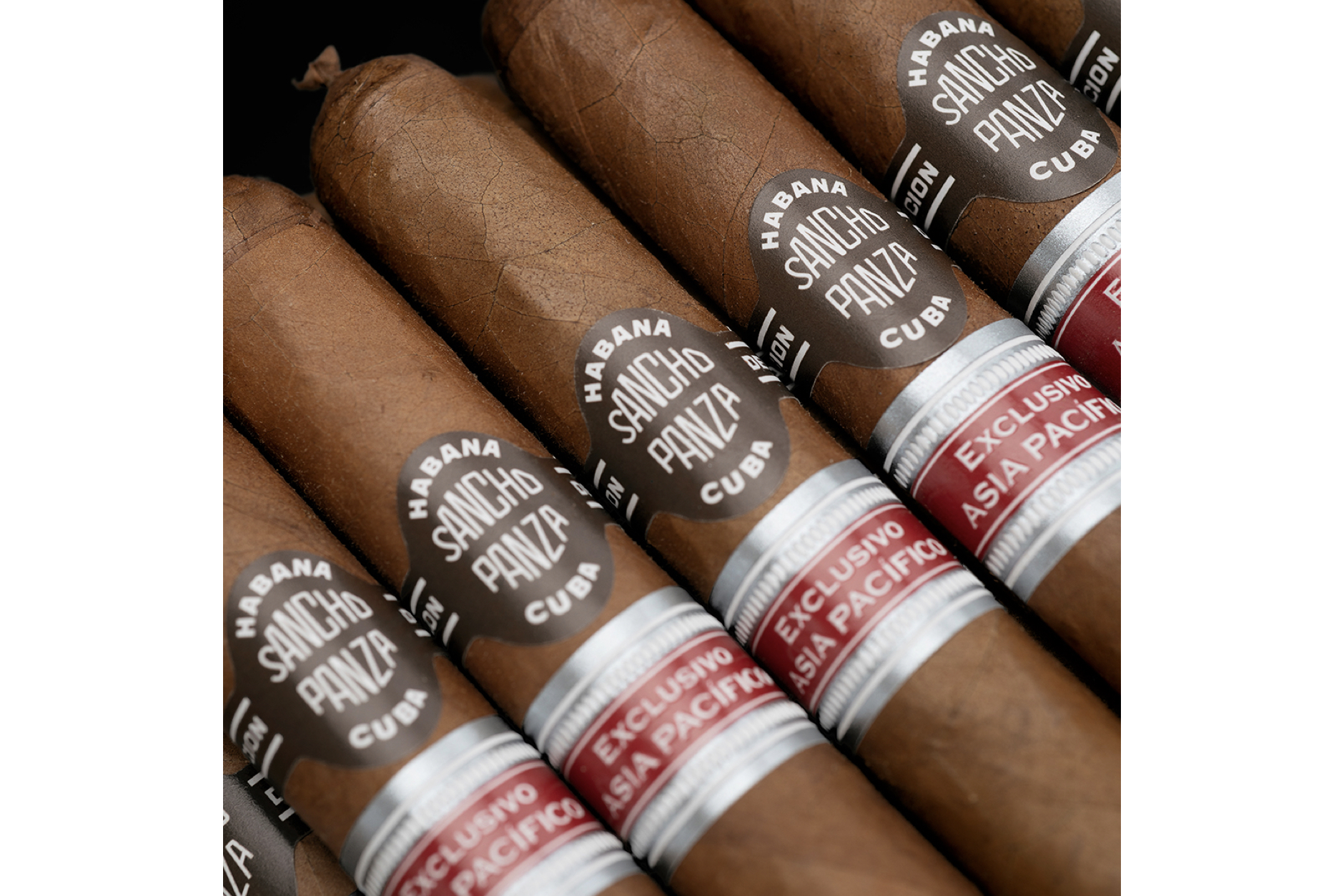 According to the tweet, the El Rey will measure 7 9/16 (192mm) x 38, a lancero vitola known as the Laguito No.1, the first time an Sancho Panza has been sold in this size. This is not the first mention of the new cigar, as the Habanos S.A. website has details of the cigar, although it should be noted that the accompanying photograph seems to be one of the Por Larrañaga Magnifico, a 2007 Edición Regional release for the United Kingdom. 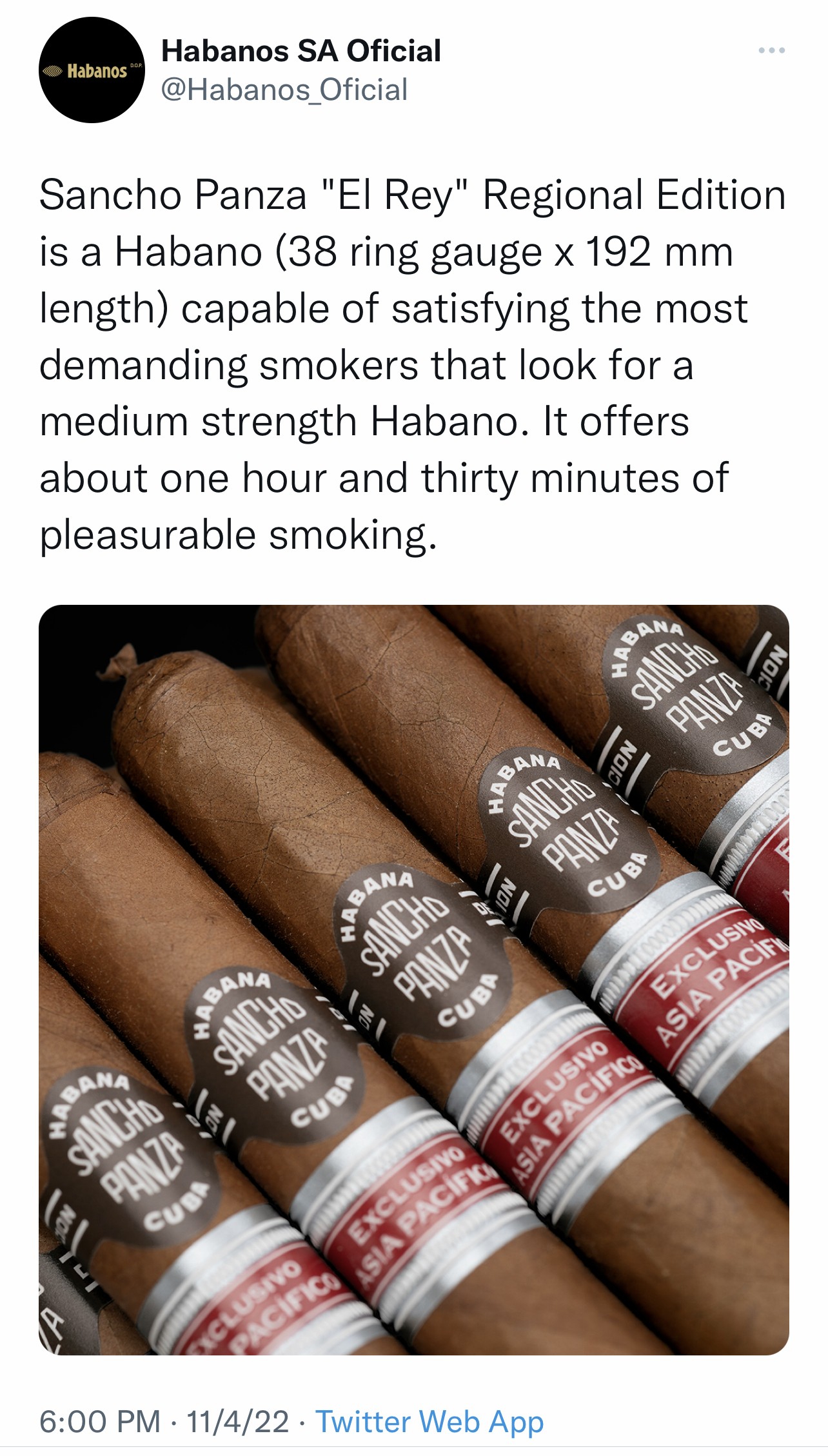 CubanCigarWebsite.com indicates the El Rey will be packaged in numbered 25-count boxes, but box counts or quantities cannot be confirmed by the photograph that was posted. The website also says that the cigar is being released to commemorate the 30th anniversary of the Pacific Cigar Co., which was founded in 1992 and is the exclusive distributor for Habanos S.A. in the Asia Pacific region.

The tweet was deleted shortly after halfwheel emailed a representative for Habanos S.A., who declined to discuss details about the product at this time. An email sent to Pacific Cigar Co. seeking more information was not returned.