Terence Reilly of SAG Imports made it very clear that while the Oktoberfest would not see a new regular production vitola after the Krone, new vitolas might very well end up as a retailer exclusive. Less than two months after the announcement was made regarding the final regular size of Oktoberfest, Florida-based Smoke Inn has put a name on its already-announced Microblend Series release from Quesada, the Oktoberfest Dunkel. 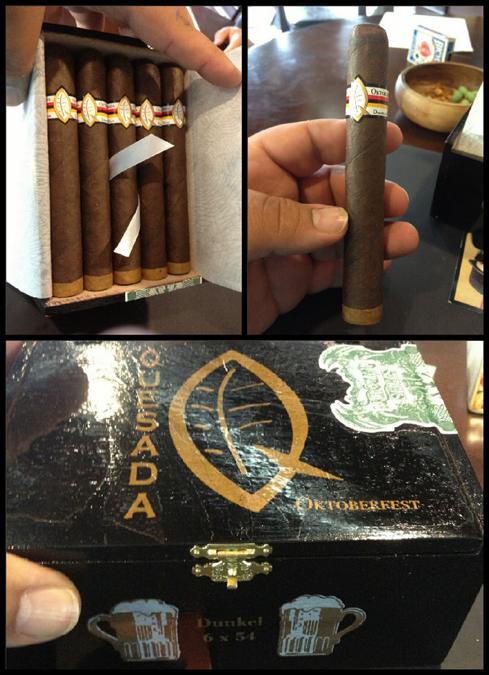 Earlier today, the retailer tweeted a picture of the 6 x 54 cigar indicating it would be released in September. No other details are available at this time, Abe Dabaneh of Smoke Inn told halfwheel that other information would become available some time after the upcoming IPCPR trade show.