Companies that let fans name products have led to some interesting results in the past, with the R.R.S. Boaty McBoatface moniker chosen in an online poll for a British government agency’s $287 million polar research ship shows.

Thankfully, when Micallef Cigars announced it would be letting its most passionate fans vote for the name of a new maduro line, the front runner ended up being a bit more dignified than the aforementioned R.R.S. Boaty McBoatface. Specifically, the name chosen for the new line was Ambassador, which it shares with the Micallef Cigars Ambassador Group, the company’s fan club that includes a Facebook page, exclusive merchandise and other perks.

The company opted to change the name from Micallef Ambassador to Micallef A due to what has been described as trademark concerns, though as far as halfwheel can tell, no cigar company owns a trademark for the word Ambassador in the trade class.

Blend-wise, the 6 3/4 x 54 toro extra is made up of a Nicaraguan Sumatra wrapper covering a Sumatran binder as well as filler tobaccos sourced from both the Dominican Republic and Nicaragua. Each cigar carries a retail price of $7.50, and it is packaged in boxes of 20 that started shipping, as the Micallef A, to retailers in early August.

The cigars soft launched in early March as part of the naming contest, then described as Micallef To Be Named, which was the same blend but with different bands and packaging. 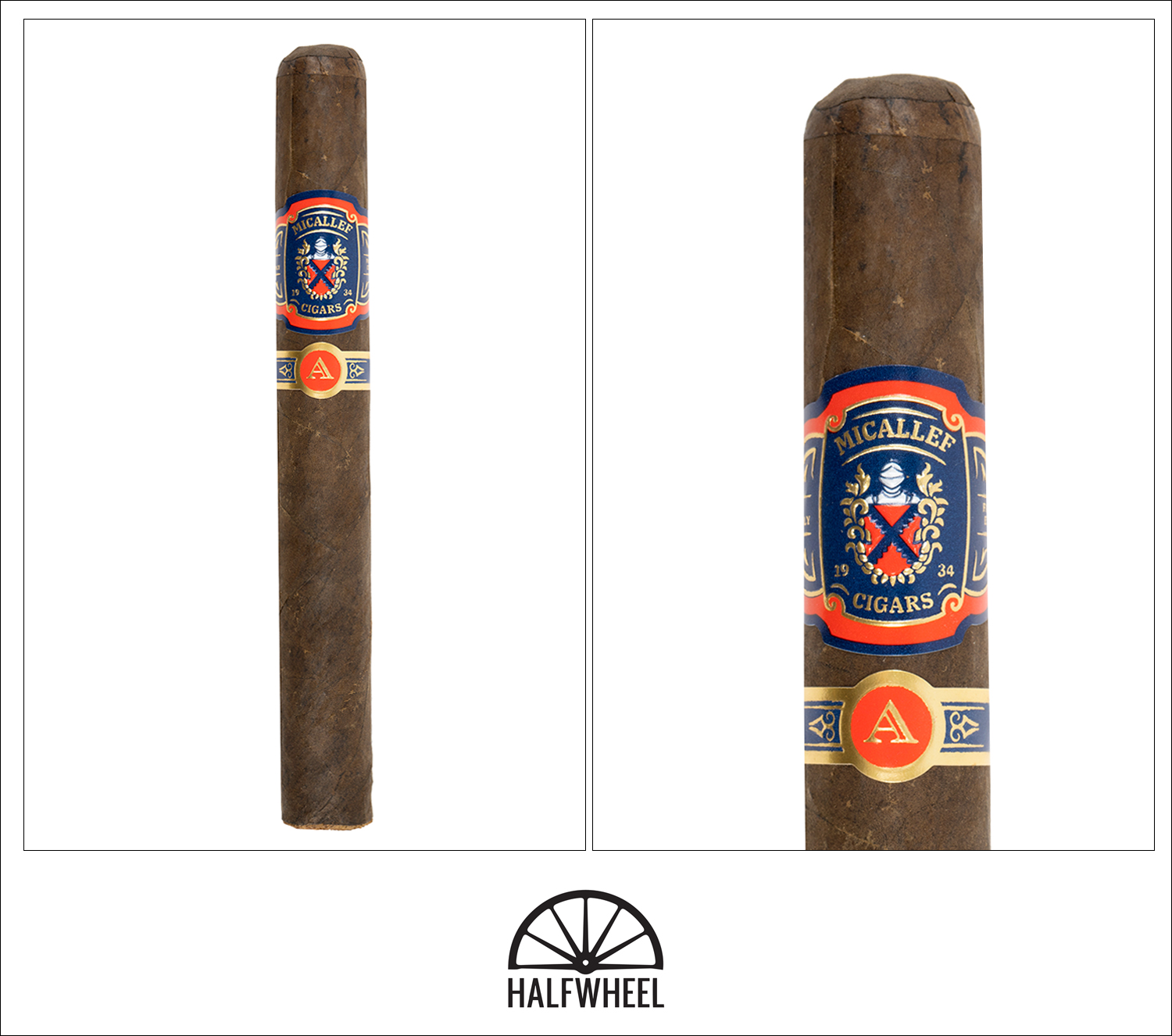 Removing the Micallef A from its cello reveals a dark and mottled espresso brown wrapper that is extremely dry to the touch, albeit relatively smooth. There is almost no oil noticeable, but it does sport a slight box press and the cigar feels heavy in my hand, with so much tobacco it almost seems like it is bursting at the seams. The aroma from the wrapper and foot is full of strong cocoa nibs, leather, oak, dry leaves, brewed black coffee and raisin sweetness, while the cold draw brings flavors of strong barnyard, leather, tobacco, black pepper, creamy oak and dark chocolate along with some of the same raisin sweetness, although not nearly as prevalent.

Immediately after lighting the Micallef A, I am blasted with a large amount of significant spice on my tongue as well as black pepper on the retrohale, both of which prove to be overwhelming for about 10 puffs. Both of those do begin to recede after that, calming down enough so that I can start tasting a dominant sourdough bread flavor followed by cocoa nibs, oak, leather tack, barnyard, earth and generic coffee beans. However, the black pepper from the first few puffs is still very much present on the retrohale and unfortunately is still strong enough to overwhelm the slight raisin sweetness that is also present at points. Construction-wise, the draw is excellent after a simple straight cut while the burn is giving me no issues whatsoever at this point and there is no dearth of smoke flowing off of the foot. The overall strength starts out fairly mild, but ramps up enough to end at a point firmly between mild and medium by the end of the first third.

While the sourdough bread flavor gives up its dominant spot in the Micallef A during the second third—replaced by a bitter dark chocolate note—it is still very much a part of the profile. Secondary notes of generic nuts, leather, earth, hay, pencil lead and a touch of citrus flit in and out as well, while both the black pepper and spice from the first third have seemingly calmed down even more, allowing a touch more of the raisin sweetness to become noticeable. Both the draw and burn continue to impress, and although the overall strength has increased noticeably, it still falls just shy of the medium mark time the second third comes to an end. 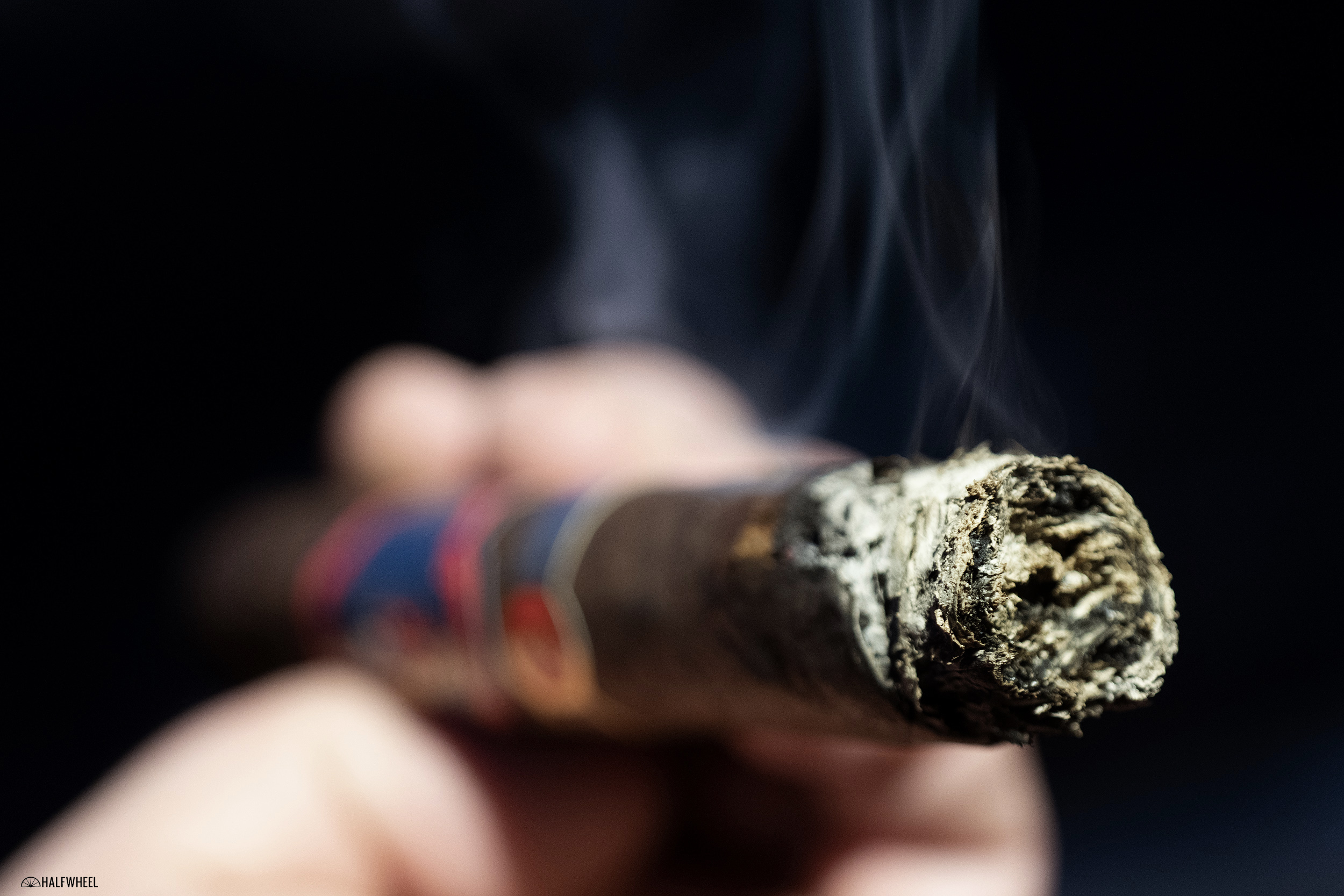 Although there are some minor changes to the profile during the final third of the Micallef A, the main flavors remain a combination of bitter dark chocolate and sourdough bread, followed by less obvious notes of generic coffee, oak, barnyard, leather, hay, slight citrus and a small amount of cinnamon. The amount of both black pepper and raisin sweetness on the retrohale also fail to change in any noticeable way, while the spice from the first two thirds is long gone, never to return. In terms of construction, the draw continues along its excellent path, but the burn becomes problematic and as a result I am forced to touch it up multiple times. The strength does eventually manage to cross over the medium mark but it never comes close to going any further before I put the nub down with about an inch remaining. After making me take notice with its blast of both pepper and spice at the very beginning, the Micallef A was a bit more pedestrian than I was hoping for, with a fairly common collection of flavor notes that barely changed over the course of its two hour smoking time. A bit more sweetness—either on the palate or the retrohale—would have helped tremendously, but there was just never enough to make that much of an impact on the profile. In the end, while the A is not horrible cigar by any means, but if you are looking to try a Micallef blend, go with one of the company’s better releases like the Grande Bold Ligero.