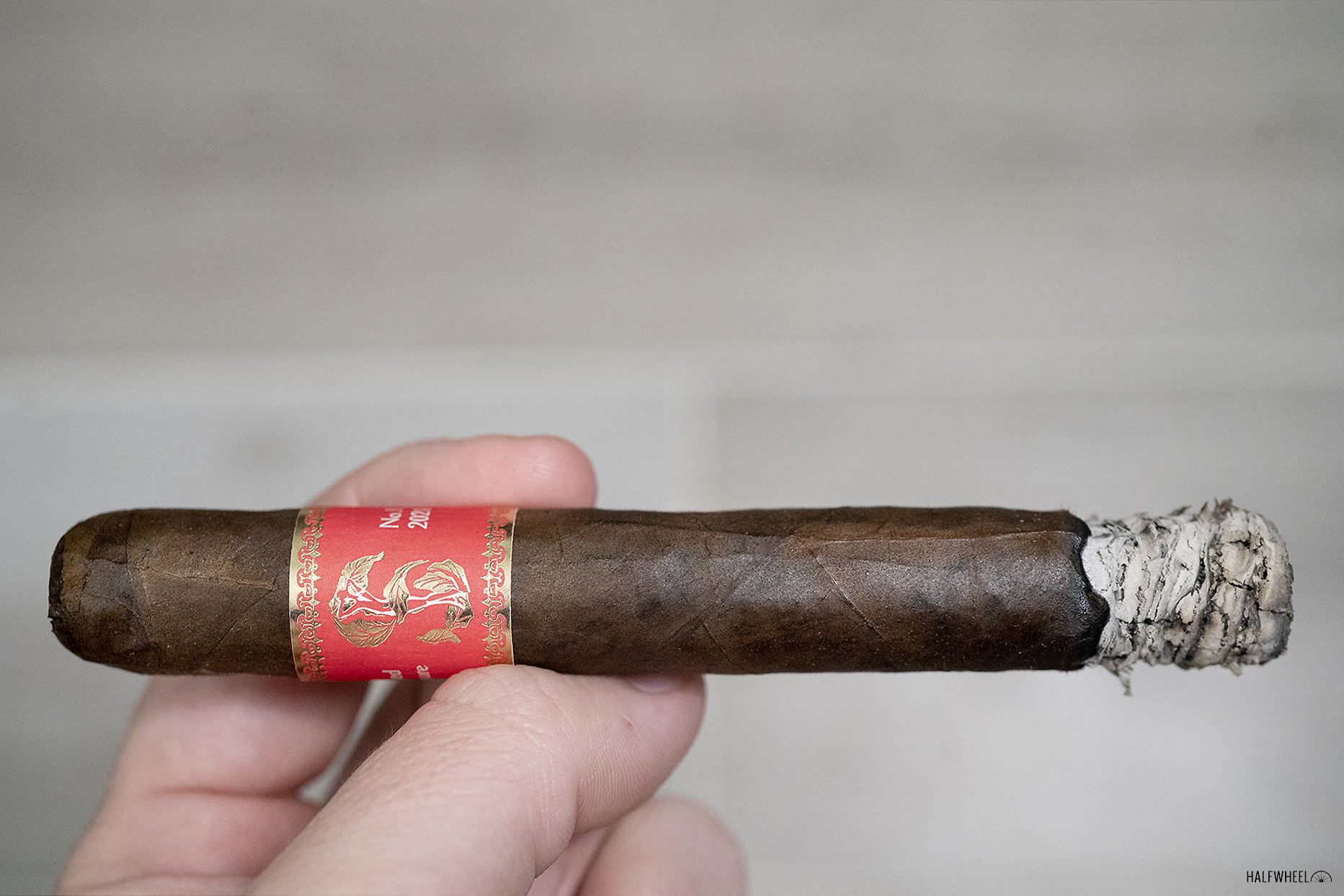 In the summer of 2021, Matilde Cigar Co. announced the it was launching a new line of limited editions under the name of Limited Exposure. The plan for the line was for to launch each installment in a single size, and then expand it to other sizes.

For the first release, the aptly named Matilde Limited Exposure No. 1, a 6 x 50 toro was crafted using a Mexican San Andrés wrapper and a Dominican binder and filler, which includes HVA, Piloto Cubano, and corojo varietals. The cigar was created at Tabacalera La Isla, a fairly new factory in Santiago de los Caballeros, Dominican Republic, which was opened in December 2020 by Hostos Fernández Quesada, formerly of Quesada Cigars. 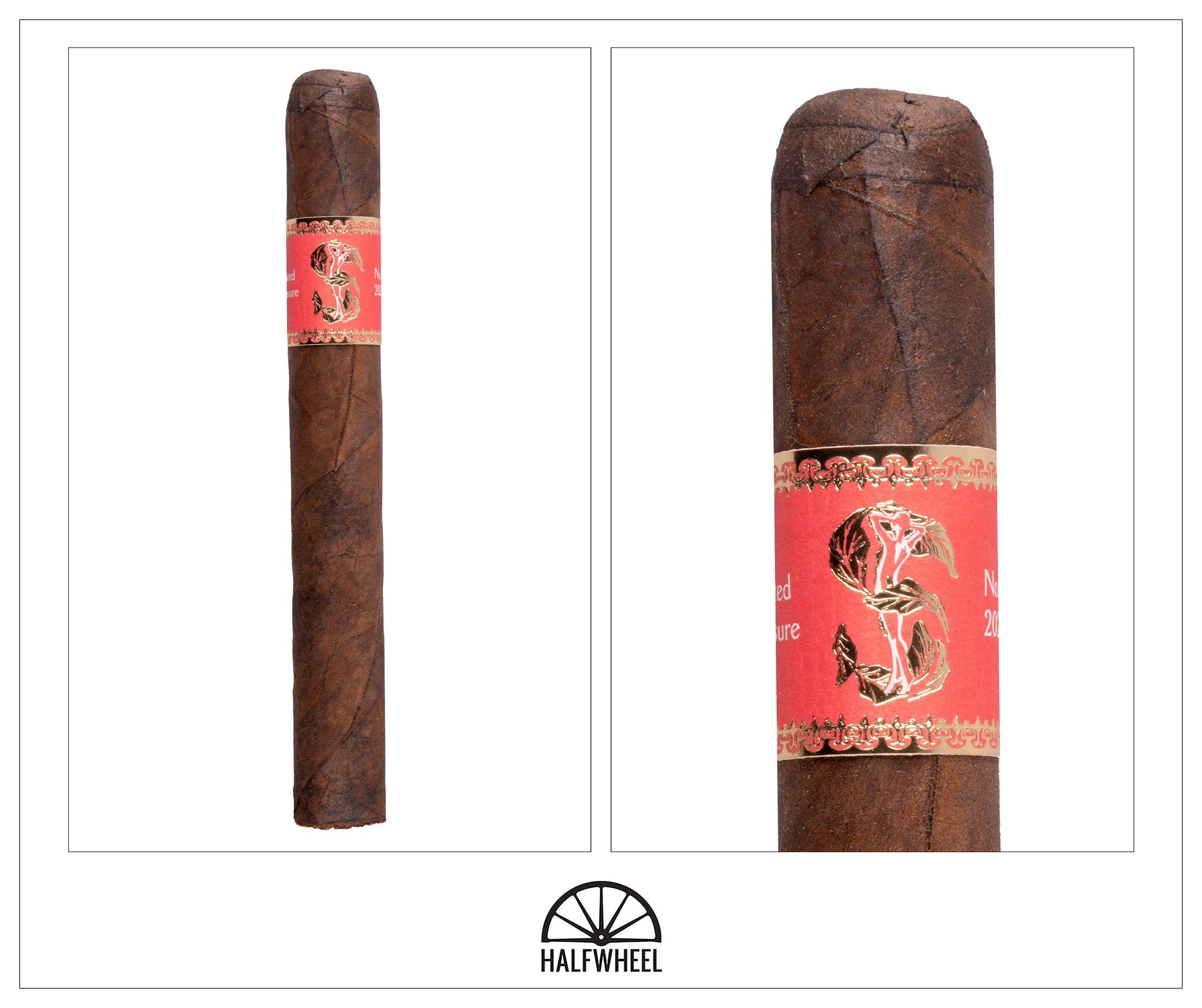 There’s an immediate oiliness from the wrapper that I pick up as soon as I slide it out of its cellophane, and a visual inspection reveals a bit of oily sheen as well. Beyond that, the wrapper leaf is a dark, mottled brown with some prominent veins. The first sample might not be the prettiest leaf I’ve ever seen but it isn’t problematic, and the other two are much more attractive. If anything, the mottling and veins give it some visual depth. The cigars are rolled firmly, with visible seam lines and a spot or two where a vein seems to keep the leaf from lying perfectly flat. The head on the first cigar is also a bit funky, a combination of a difference in the shades of the leaves and a bit less than stellar construction. The foot has a bright aroma of cold wheat bread and cereal grains, which then picks up some mixed pepper and assorted bell peppers; the first grouping is familiar but that final aroma is one of the more unique ones I’ve smelled recently. Air moves well on the cold draw, with a bit of a resistance and more of the cereal grain, though it’s not as vibrant and lacks the brightness of the aroma. The bread and pepper are largely gone as well, leaving the way for a bit of syrupy sweetness to come through, while my lips get increasingly tingly.

The Matilde Limited Exposure No. 1 gets right to work on the taste buds, with a textured smoke that commands my attention a bit more than the flavors, which take a moment to sort themselves out, though a waxy gloss is immediately identifiable. There’s a bit of dryness, and I’m drawn back to the flavors of dry cereal with either a toasty or woody finish depending the sample. As the burn line makes its way through the first inch, there’s a bit of creaminess, white pepper, some loamy Dominican terroir, and a slightly funky flavor that I can’t quite place. It’s not sour or bitter per se, but it doesn’t sit well on my taste buds. As the first clump of ash get big enough to be knocked off, the cigar hits a very impressive point of flavor and aroma unity, where the puffs and retrohales complement each other without over-amplifying any particular aspect. Through the nose, there’s a gentle white pepper tingle, while some loamy terroir lingers the background. On the palate, the Matilde is dry with light wood and toast leading the way and a bit of pepper finishing off each puff. The first third closes with some very enjoyable retrohales that are bright with white pepper, while also a bit powdery and accented with some chalk. Flavor and body are both medium-plus, while strength is shy of medium. Construction is very good: the burn line is even, smoke is plentiful, and the draw is just slightly firm.

The Matilde Limited Exposure No. 1 takes on a more pronounced earthiness as it gets into its second third, a more vibrant flavor that isn’t terribly heavy on the palate, suggesting the Dominican tobaccos are driving the profile. There’s some woodiness and tree bark behind that, with an oily nuttiness coming along next. It’s a fairly quick progression of flavors but one that doesn’t feel hurried or rushed at all, as each one transitions into the next well, handing off the profile with the precision of an Olympic relay team. I’m also relieved to find that the funkiness from the first third has more or less left the cigar, though there are some spots that elicit a bit of irritation. The draw has a tendency to tighten up just a bit once it passes the midway point, and while I might not generally think that’s a good thing, it seems to sort of work here, giving the flavor a bit more density than they had earlier. The flavors don’t change much through the rest of the second third, other than a few spots where it seems to get a bit drier, though that may just be my response to what continues to be a profile led by toast, wood and white pepper. A bit of black pepper comes into the retrohale to close out this portion, shifting the impact of retrohales and giving the experience a bit more thump. Flavor is medium, body is a thick medium, and strength is still shy of medium. Construction remains very good and problem-free on all fronts. If there’s one thing I find about the Matilde Limited Exposure No. 1 as I get into its final third and begin to organize my notes into an attempt to describe the cigar, it’s that each one has offered its own unique flavors. For instance, it’s not until the third sample that I get a light orange-flavored sweetness, similar to what I’d expect to find in a flavored, sparkling water. It’s certainly better than what I got in the first sample, with the flavor of that cigar making a quick and abrupt change, picking up a sour, loamy earthiness that leaves a lingering and less than pleasant finish on my tongue. The second sample dodges that fate and does so quite well, bringing together the pepper, wood, and earth, while introducing a thick cake donut flavor to create a mellow, dense flavor profile, but none of the orange flavor. I’m still hesitant to call the profile earthy, but the final third is at least making me rethink that decision, picking up some terroir that suggests the Mexican wrapper is contributing more to the profile. There’s still a decent amount of pepper in the mix, something I notice as my tongue continues to tingle well after each puff. It’s a finish that engages the entire palate in the final inch. Flavor finishes medium to medium-plus, body is medium-plus, and strength is just shy of medium. Construction and combustion are both fantastic, with a sharp burn line, easy draw and plenty of smoke. 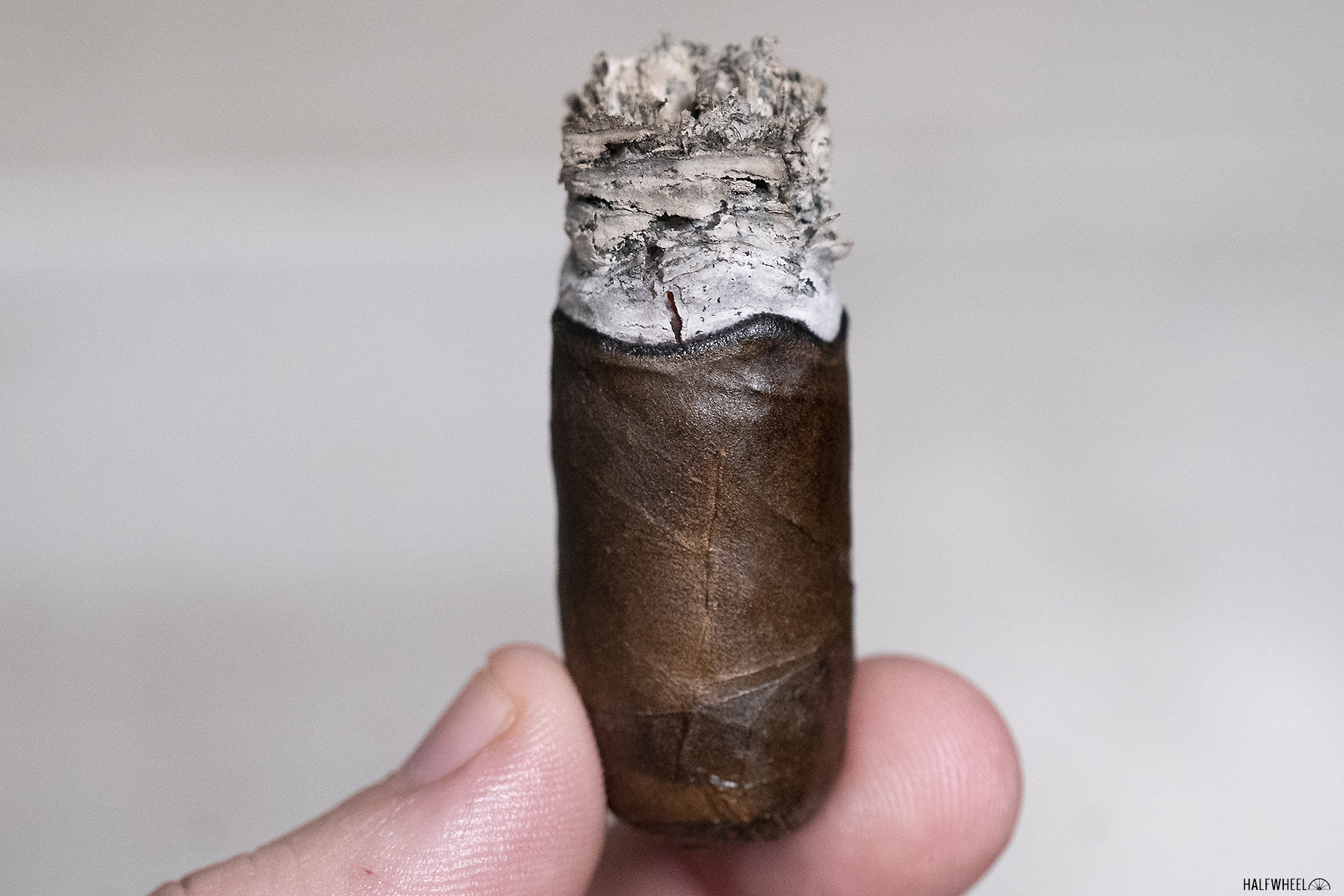 As I alluded to above, the Matilde Limited Exposure No. 1 is an interesting mix of consistency and uniqueness. Each of the three samples had a fairly common thread of flavor profile running through them, yet each had its own unique spin and sometimes that came out for the better, sometimes for the worse. To put it frankly, I was concerned about what was going on with the cigar after the first sample, as a slightly funky start and a near total derailment of the flavor didn't suggest good things. Yet, the next two samples performed noticeably better—albeit with some rough spots—but well enough that it more than salvaged my opinion of them, and if the cigars were able to replicate their high spots throughout, or even just smooth out the rougher spots, these would be easy to recommend. The flavor profile may be drier than some palates might find enjoyable, so be mindful of that and have a beverage nearby should you decide to give this cigar a try, which I would recommend if you come across one.