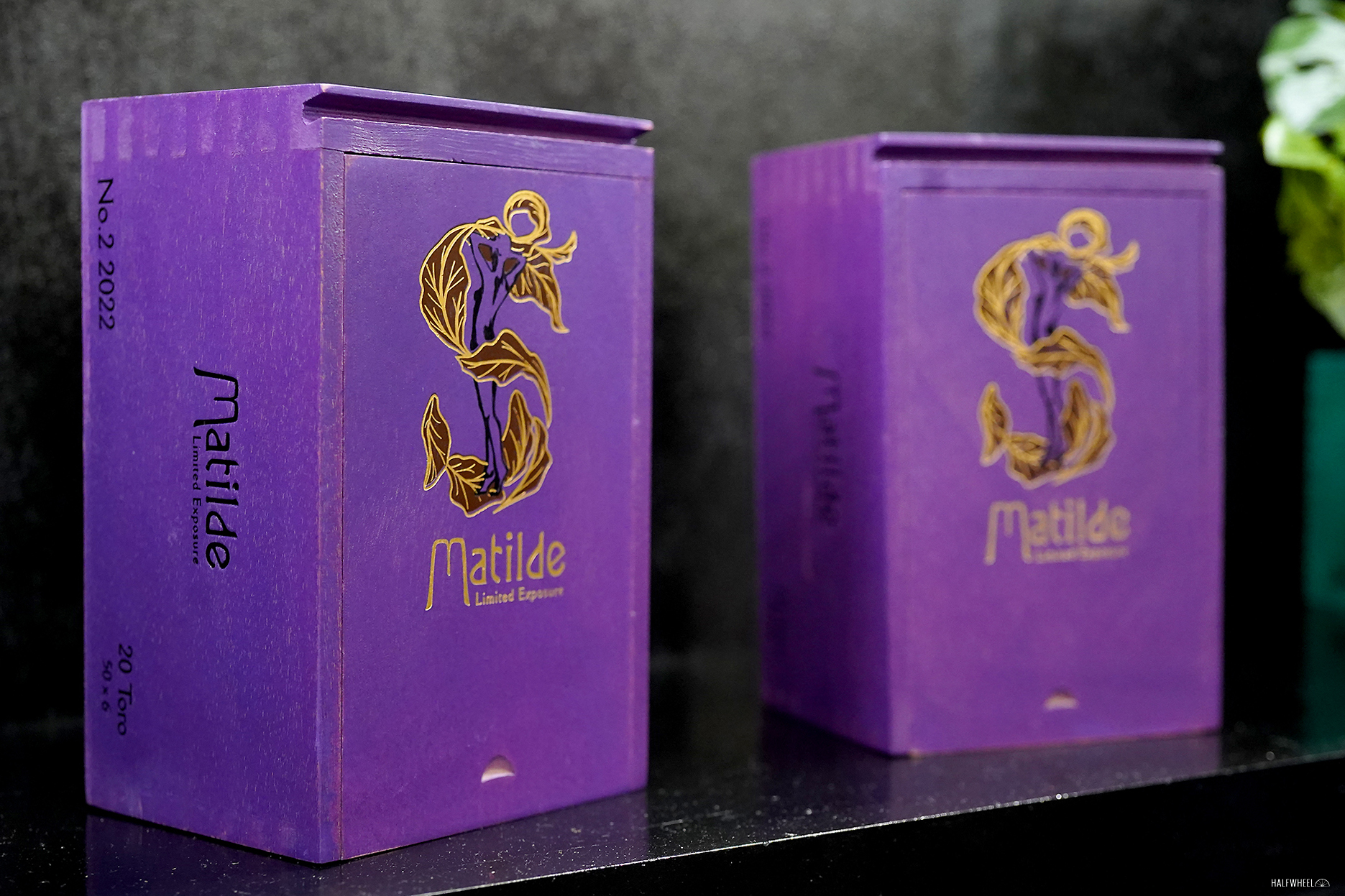 The second installment in Matilde Cigar Co.’s Limited Exposure series made its debut at the 2022 Tobacco Plus Expo (TPE) on Wednesday.

The Matilde Limited Exposure No. 2 2022 is a 6 x 50 toro that uses a Ecuadorian corojo wrapper over a Dominican binder and filler. It is offered in 20-count boxes, with individual cigars having an MSRP of $10.50. They are expected to begin shipping in mid-February due to a delay with the production of the cigar bands. The Limited Exposure No. 2 is produced at Tabacalera La Isla in the Dominican Republic, the factory owned by Hostos Fernandez Quesada, which is producing all the cigars in the Limited Exposure series. Production at this point is limited to just 350 boxes.

Matilde launched the series in 2021, with the Matilde Limited Exposure No. 1. Enrique Seijas told halfwheel that he is planning on three releases for the series, which will eventually be available in 18 month cycles and will have its releases planned for future TPE and Premium Cigar Association (PCA) trade shows. Each of the three blends in the series will launch in a single size, although additional sizes are likely to be added.