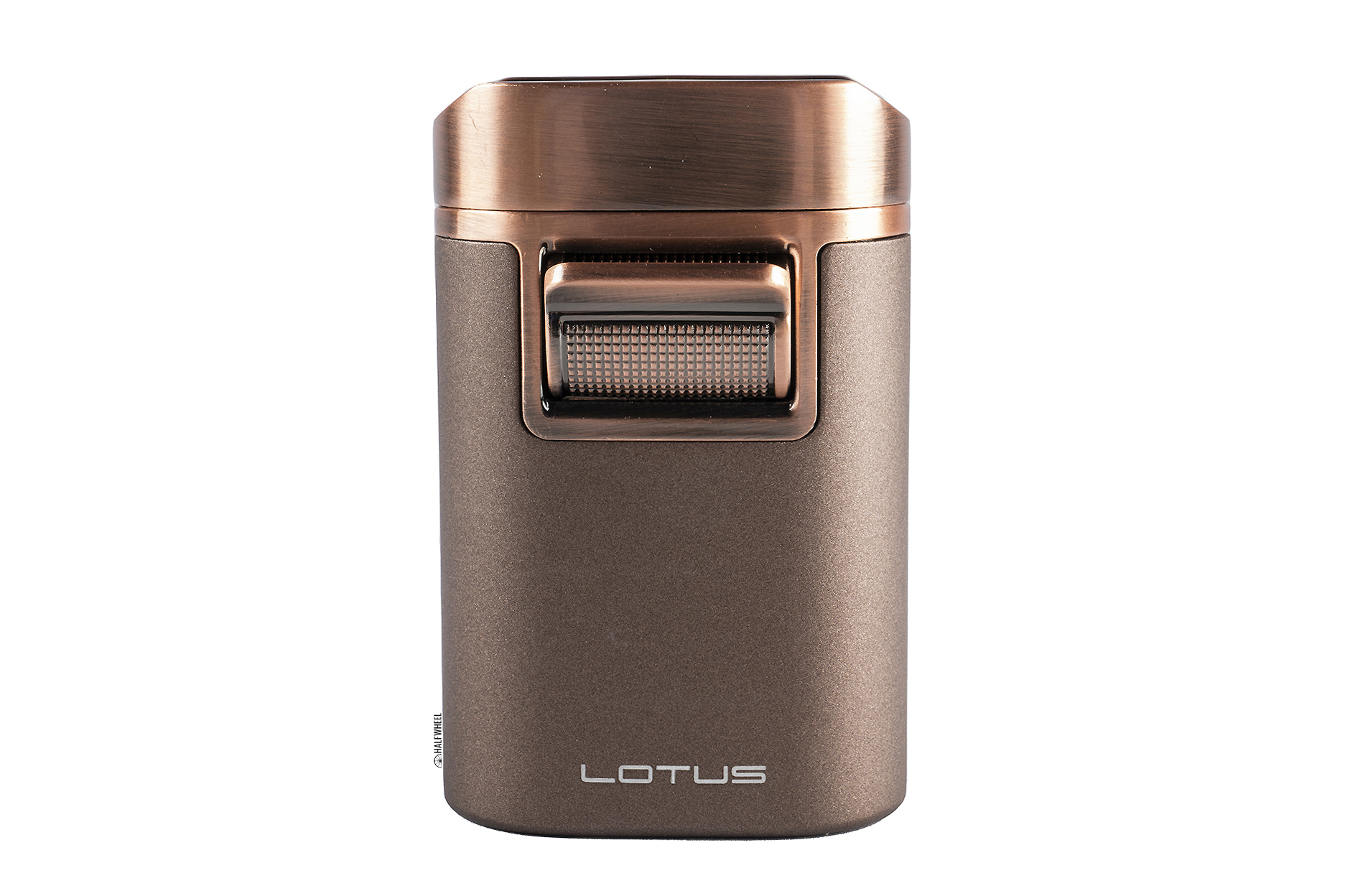 As I move through the world, I find it interesting to notice what catches my eye about something, and that applies to the world of cigar lighters. Sometimes it is the color, the size, the design of the body, a splash of flash, of a healthy dose of subtlety.

In the case of the Lotus Brawn, it was the ignition mechanism.

When I stopped by the Lotus Group booth at the 2022 Tobacco Plus Expo, I was given the walkthrough of the company’s new products, this particular lighter caught my eye because of its large, cylinder-like ignition. But then I opened up the lid—which is curved so as to offer a place to rest your cigar—and found the jet torches arranged so that they would appear to balance the strength of four flames with the precision of smaller lighters. Seeing that, it immediately solidified this as a lighter I wanted to spend some time with and review. 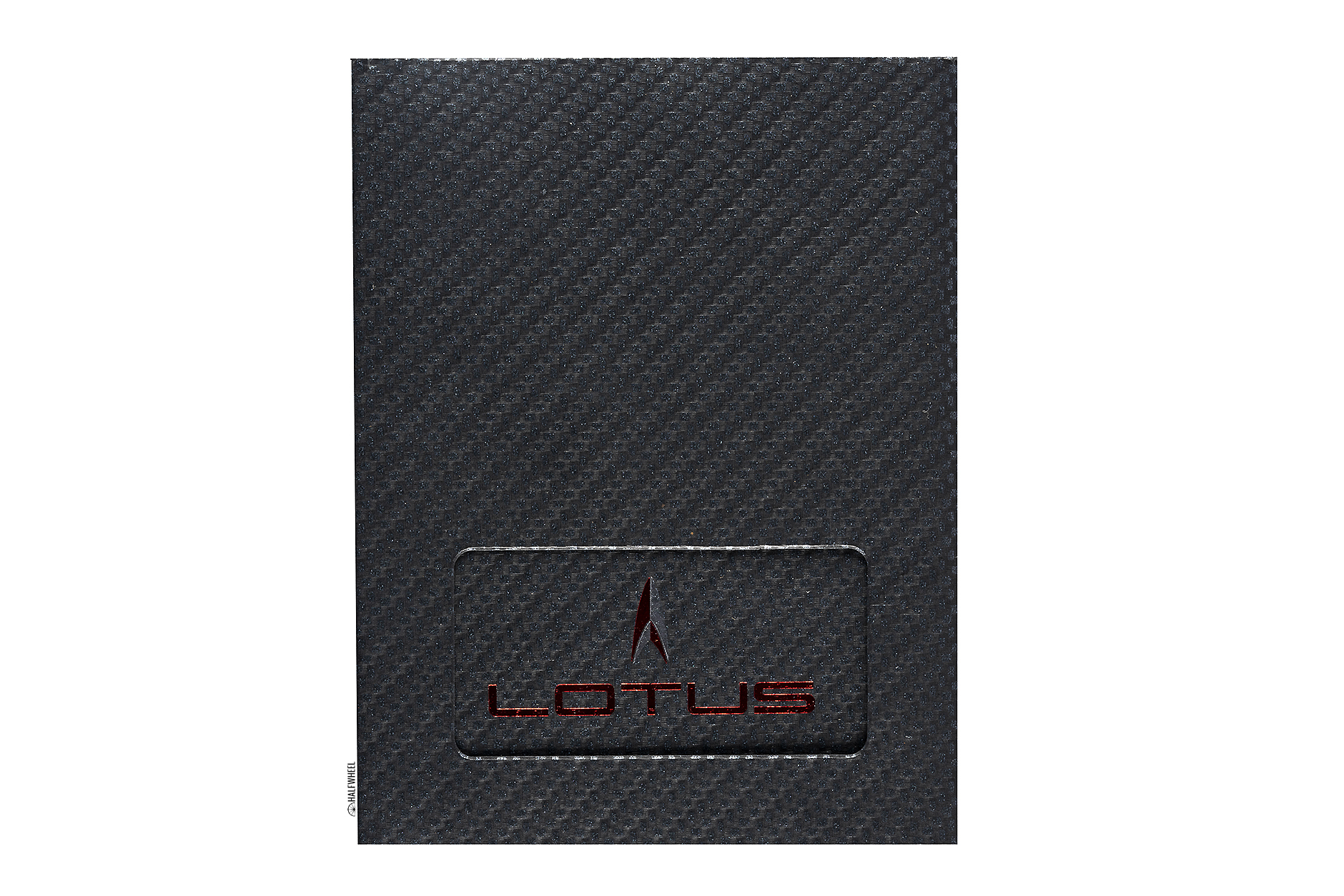 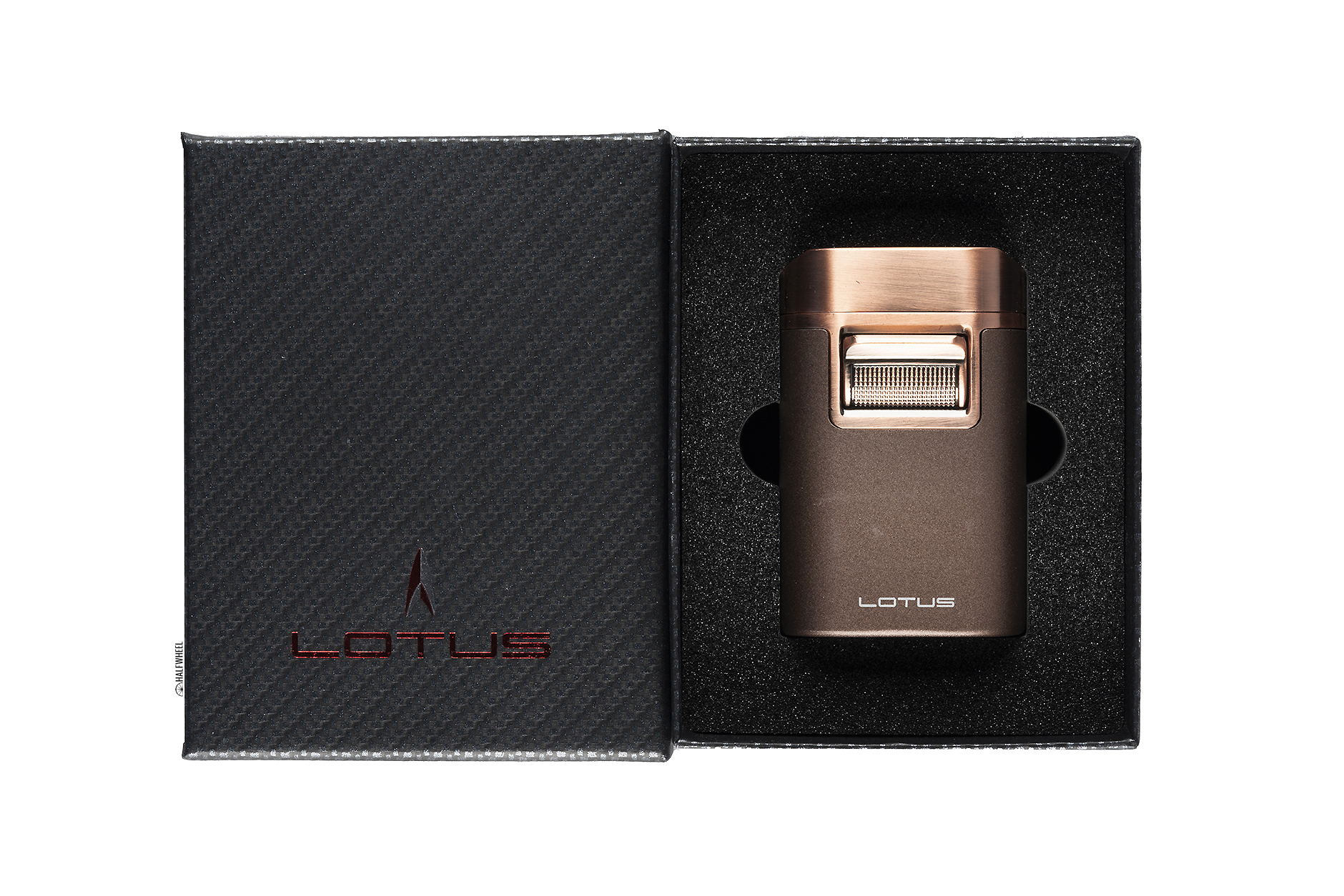 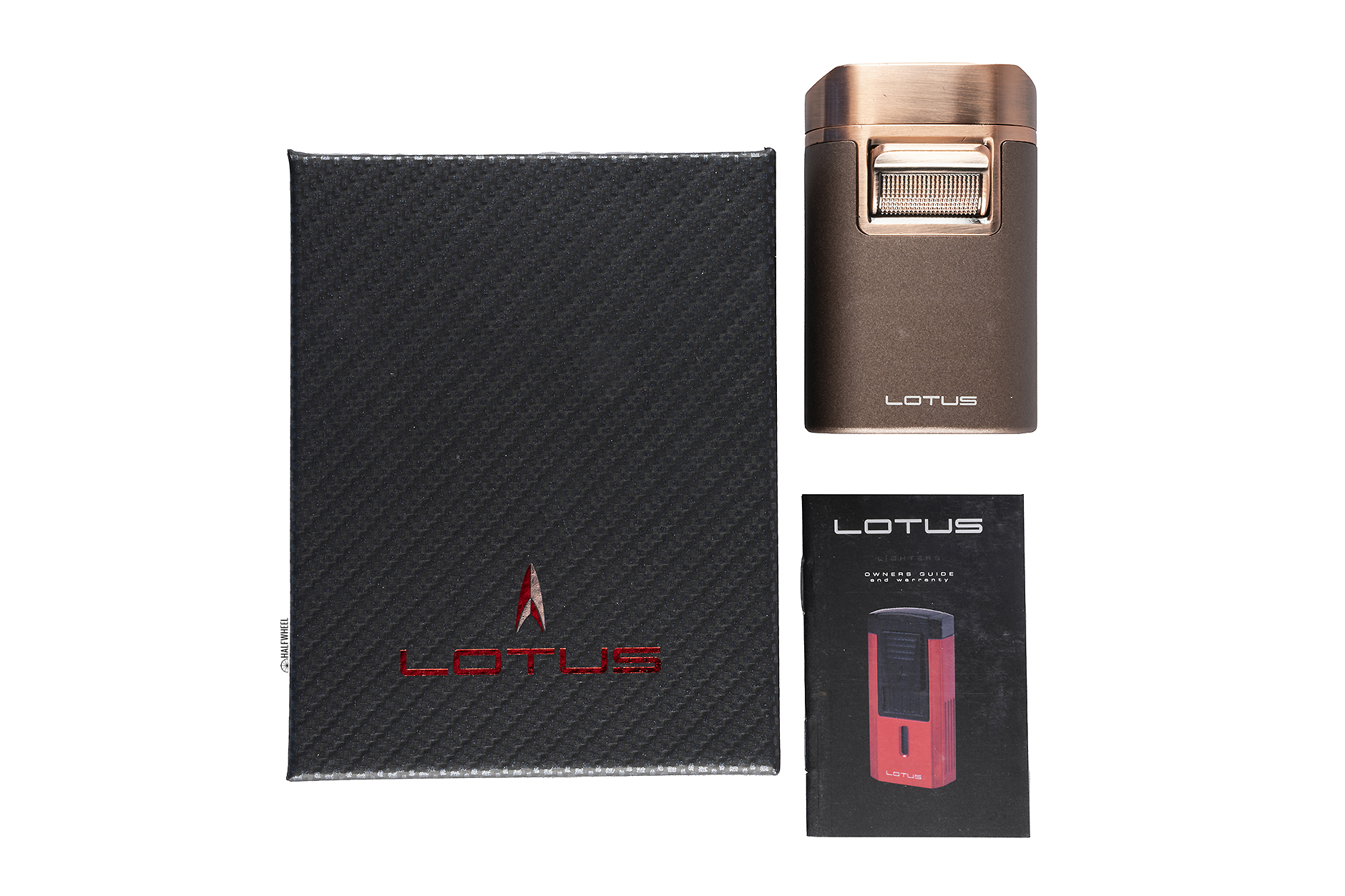 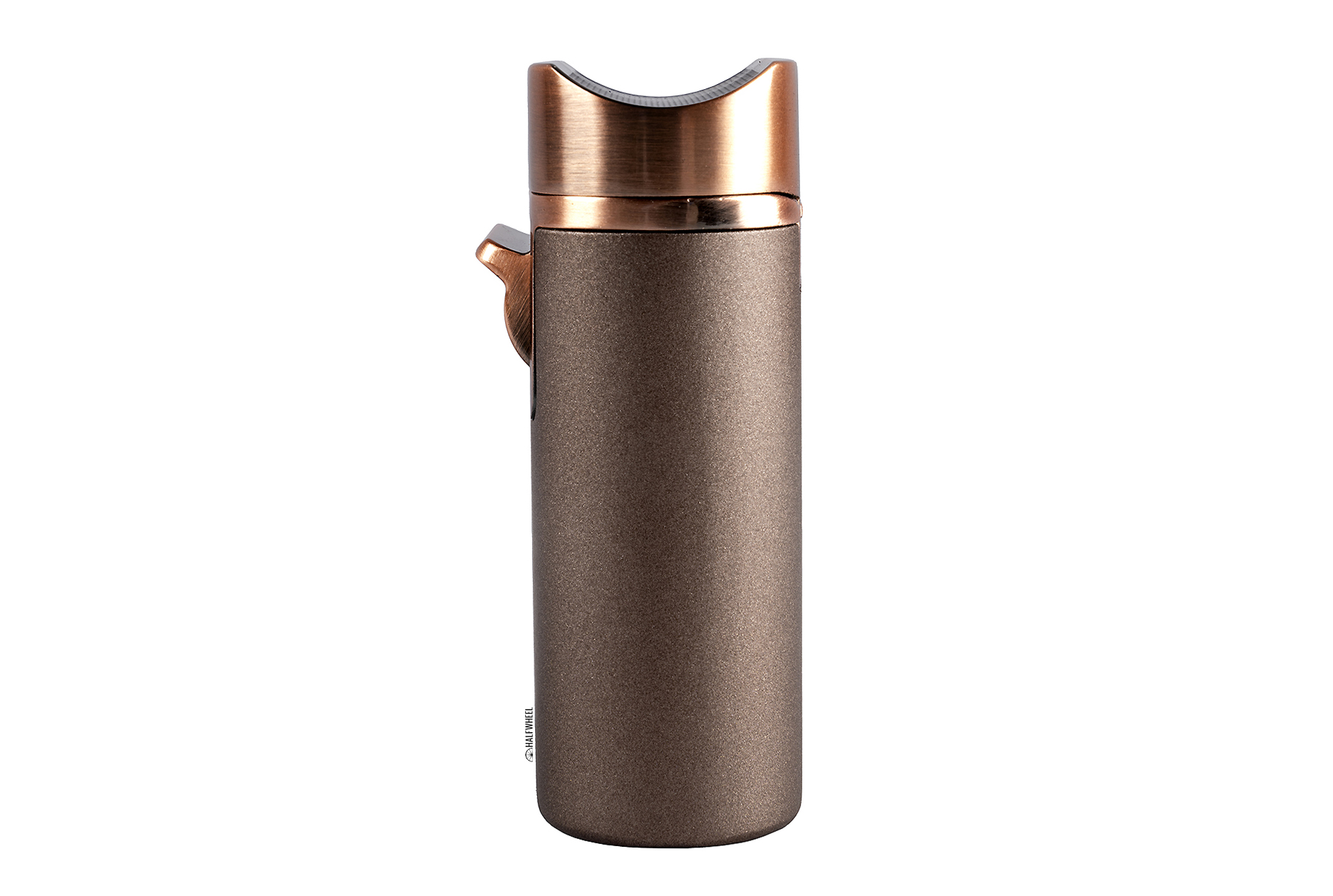 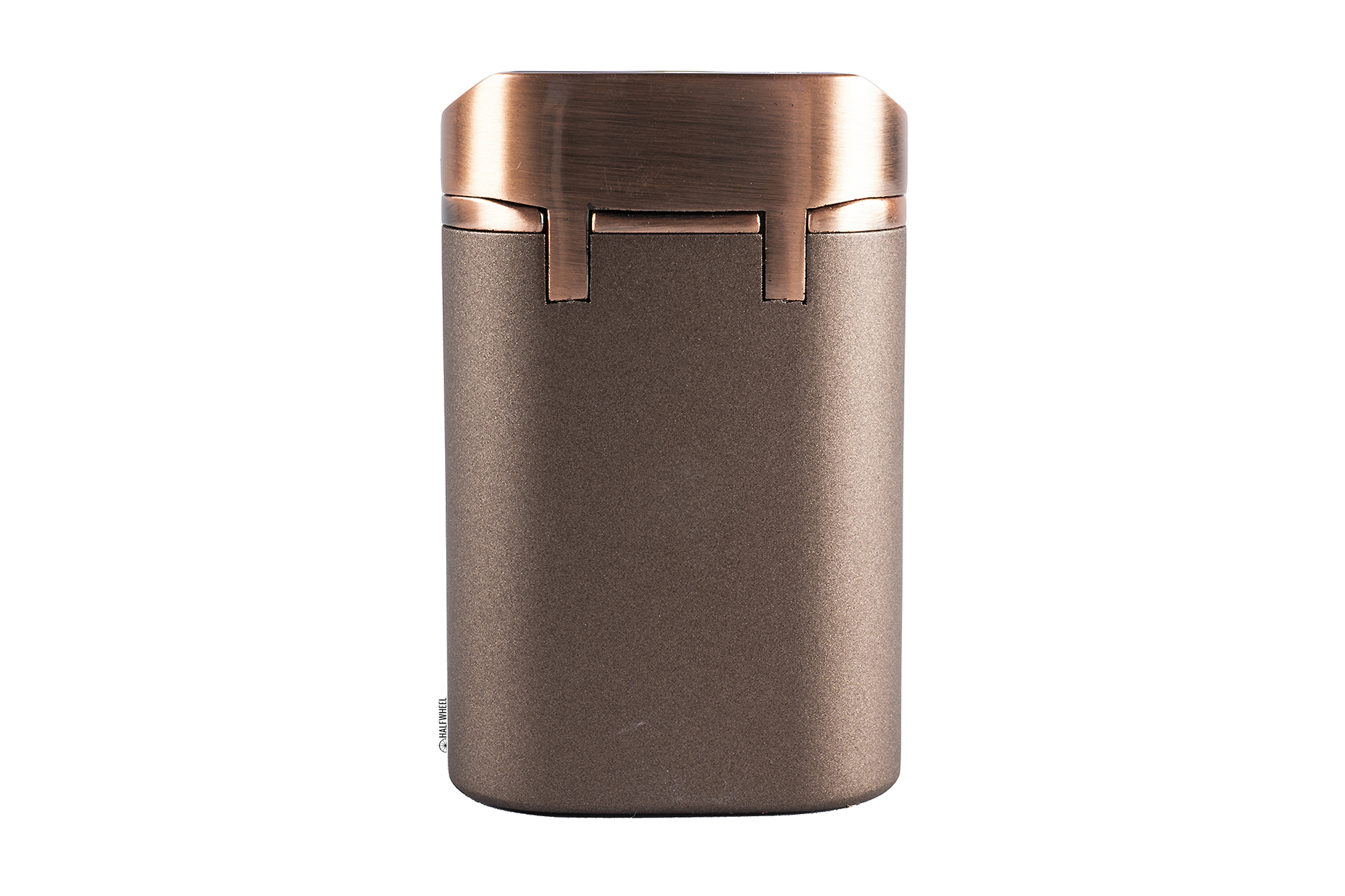 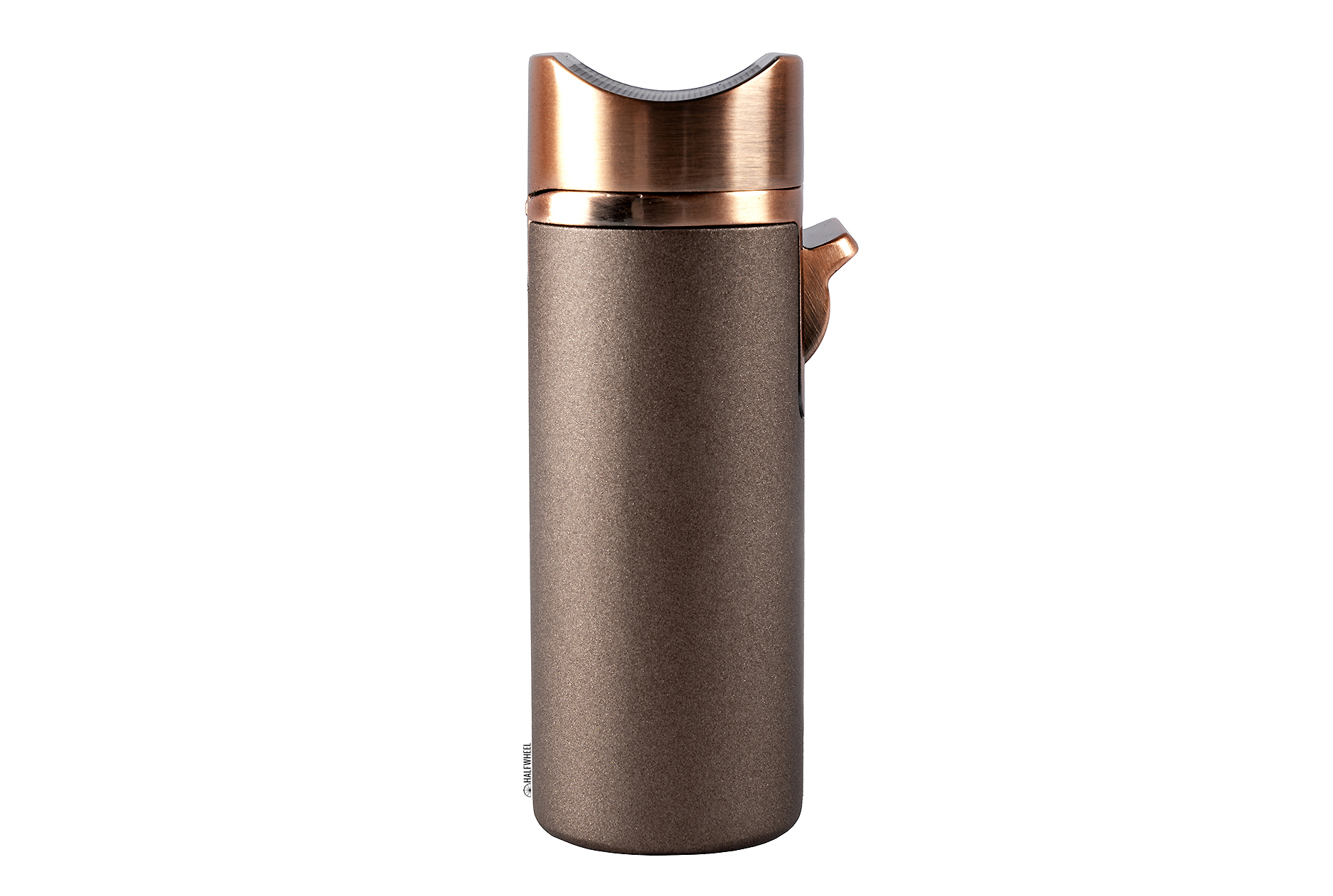 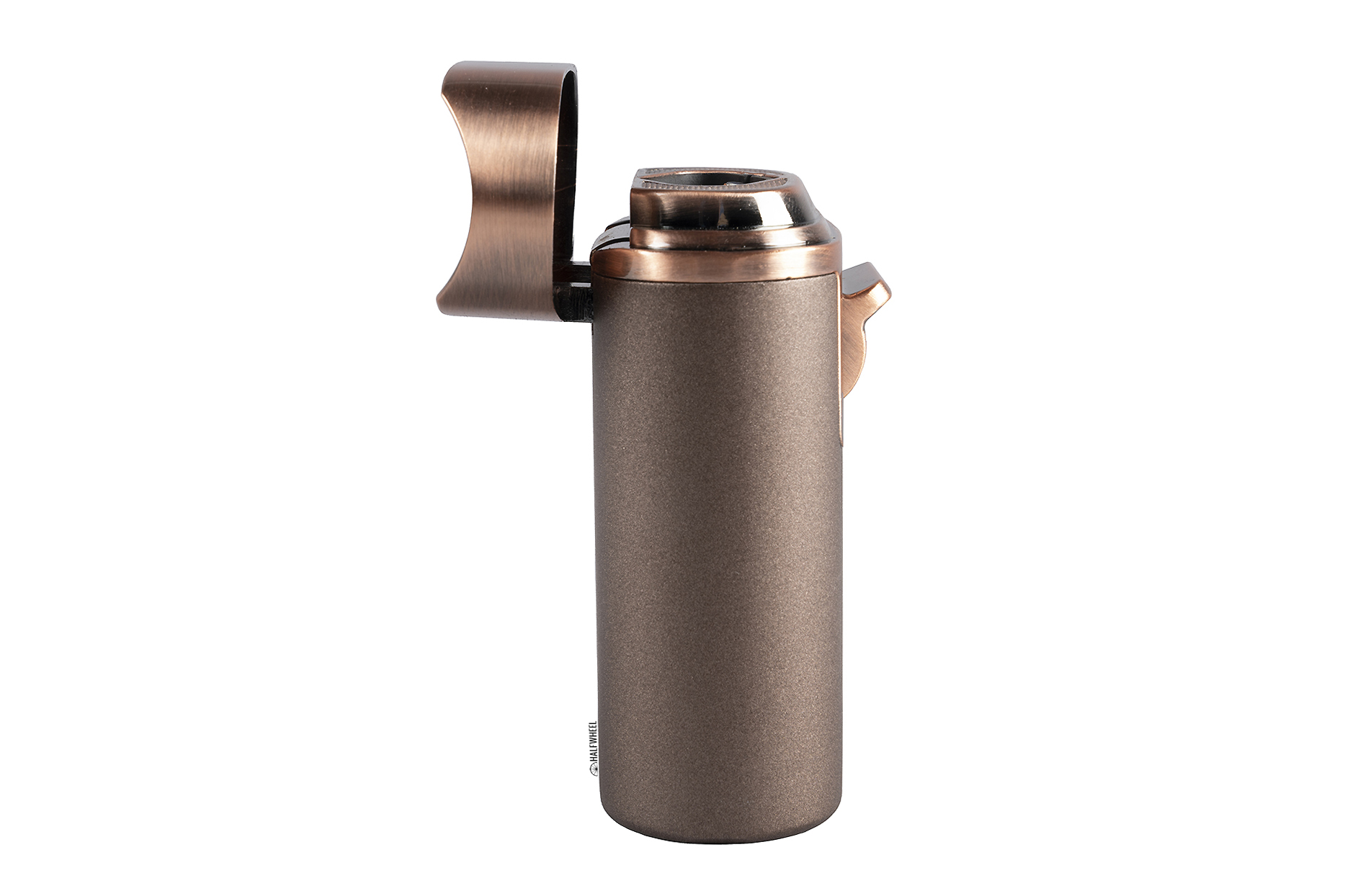 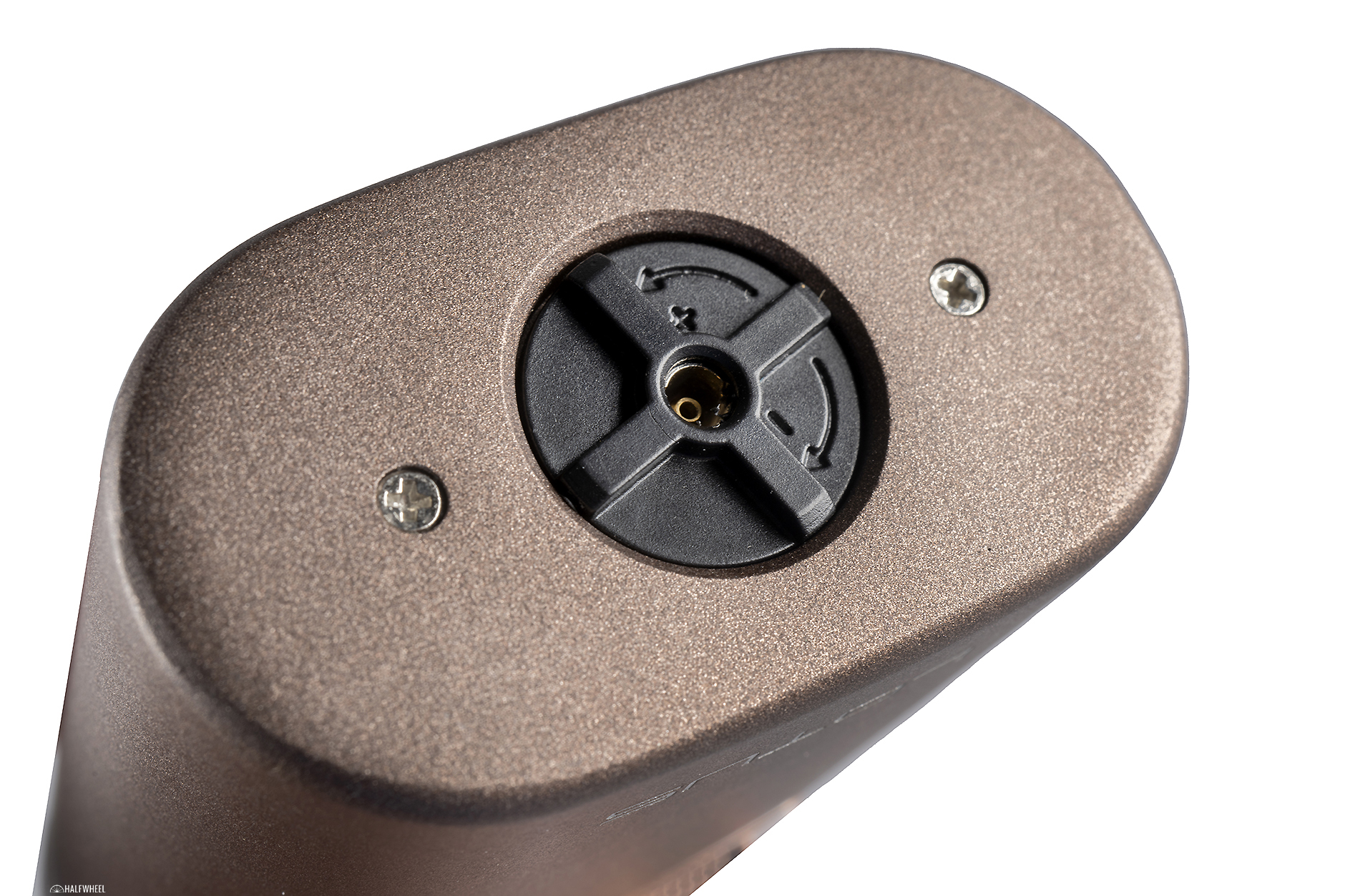 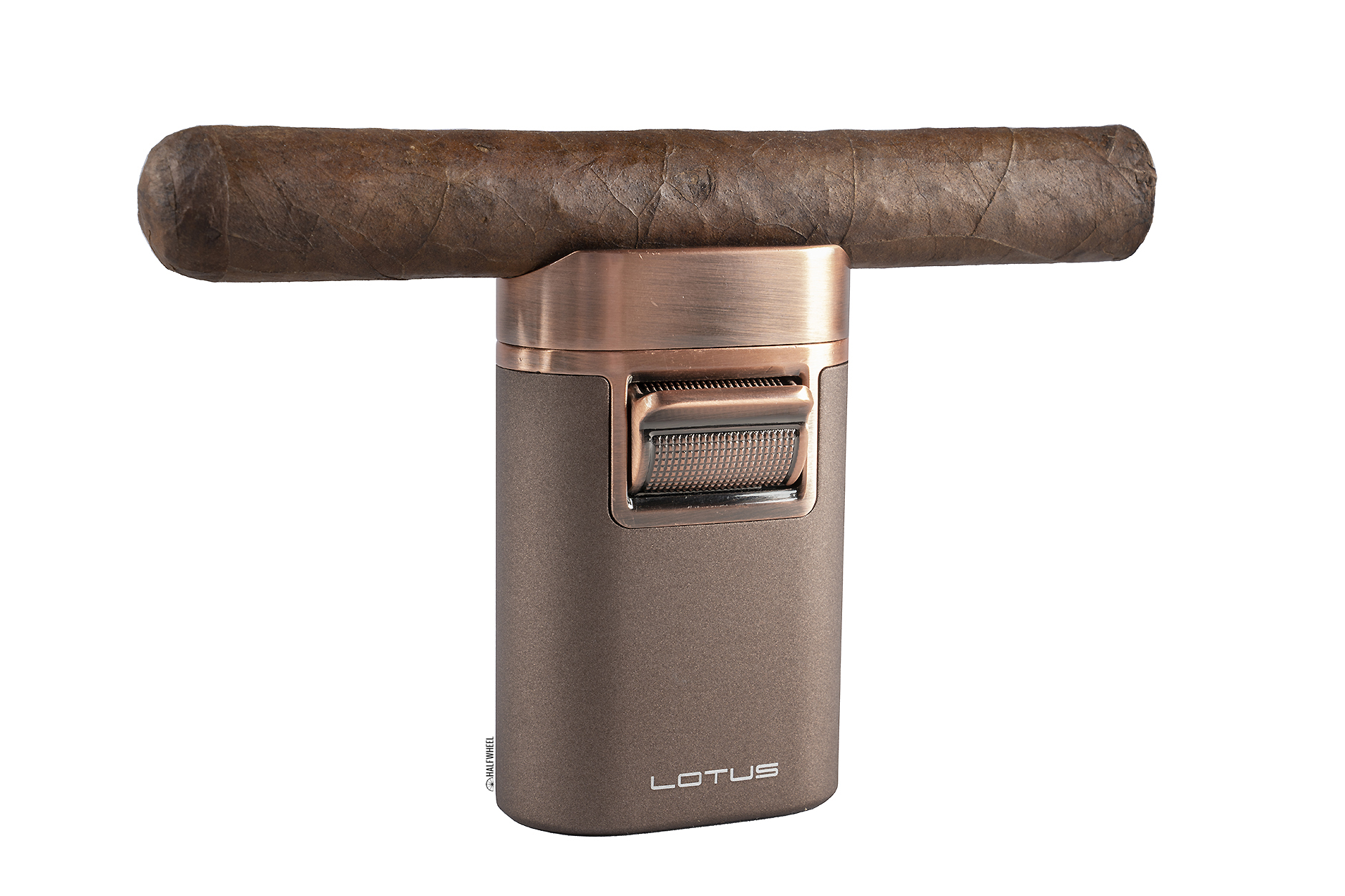 The Lotus Brawn is a tabletop, quadruple flame torch lighter that offers a curved lid that can serve as a cigar rest when you aren’t actively lighting your cigar. In terms of other features, there is also an oversized flame adjuster on the base of the lighter. It measures 3.25 x 2 x 1.25 inches, putting it on the smaller end of the tabletop lighter spectrum. It weighs in at approximately 7.7 ounces—just under half a pound—a weight that is due in part to the all-metal body.

$49.95. The lighter comes with a two-year limited warranty.

The Lotus Brawn requires two steps in order to get the torch flames going: first, the lid needs to be flipped up, and then the ignition mechanism needs to be pressed down. Pressing the ignition down starts the flow of butane and provides the spark that ignites that fuel and gets the four jets burning, with that spark coming just past the midway point of its full range. Continue holding the ignition down to keep the flame going, and when done lighting the cigar, simply release the ignition lever to stop the flow of butane and extinguish the flames. 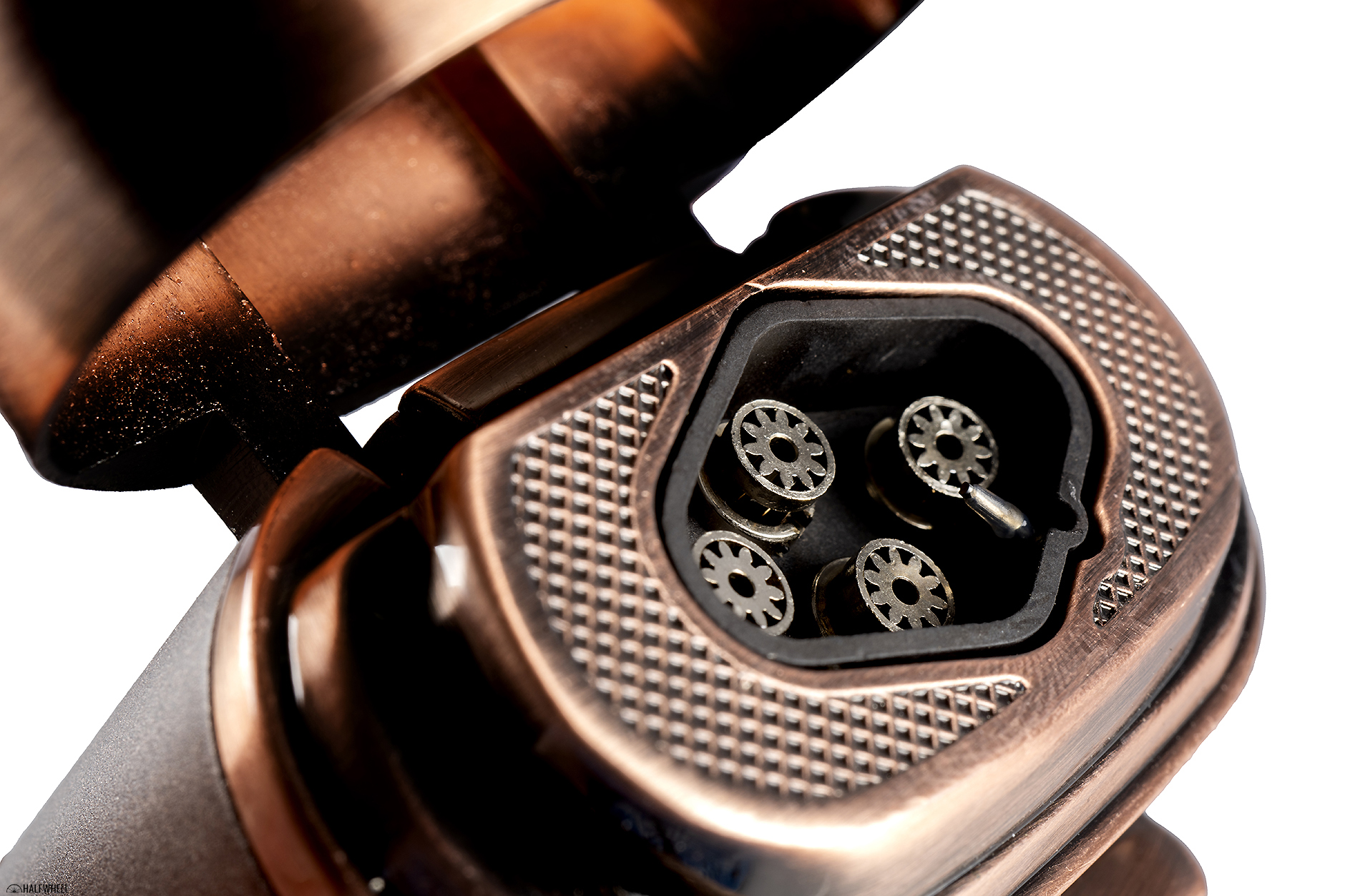 The Lotus Brawn attempts to be more than just a powerful lighter, it tries to add in some precision by way of strategically placing and aligning its four jets. The power of four jet torch flames should need no explanation, but the precision is achieved by placing the jets in a diamond configuration and then angling each one inward just a bit so that they come together an inch or so above the lighter.

Given that the Brawn is a quad flame, it’s undoubtedly geared more towards people who smoke thicker ring gauge cigars and want that extra firepower, as opposed to being targeted to smokers of lanceros and coronas who would be better suited by a single flame torch. But much like a large pickup truck with a sport performance option, the Brawn tries to be more than just brute power, while doing so in a clean and classy design for a fairly affordable price. 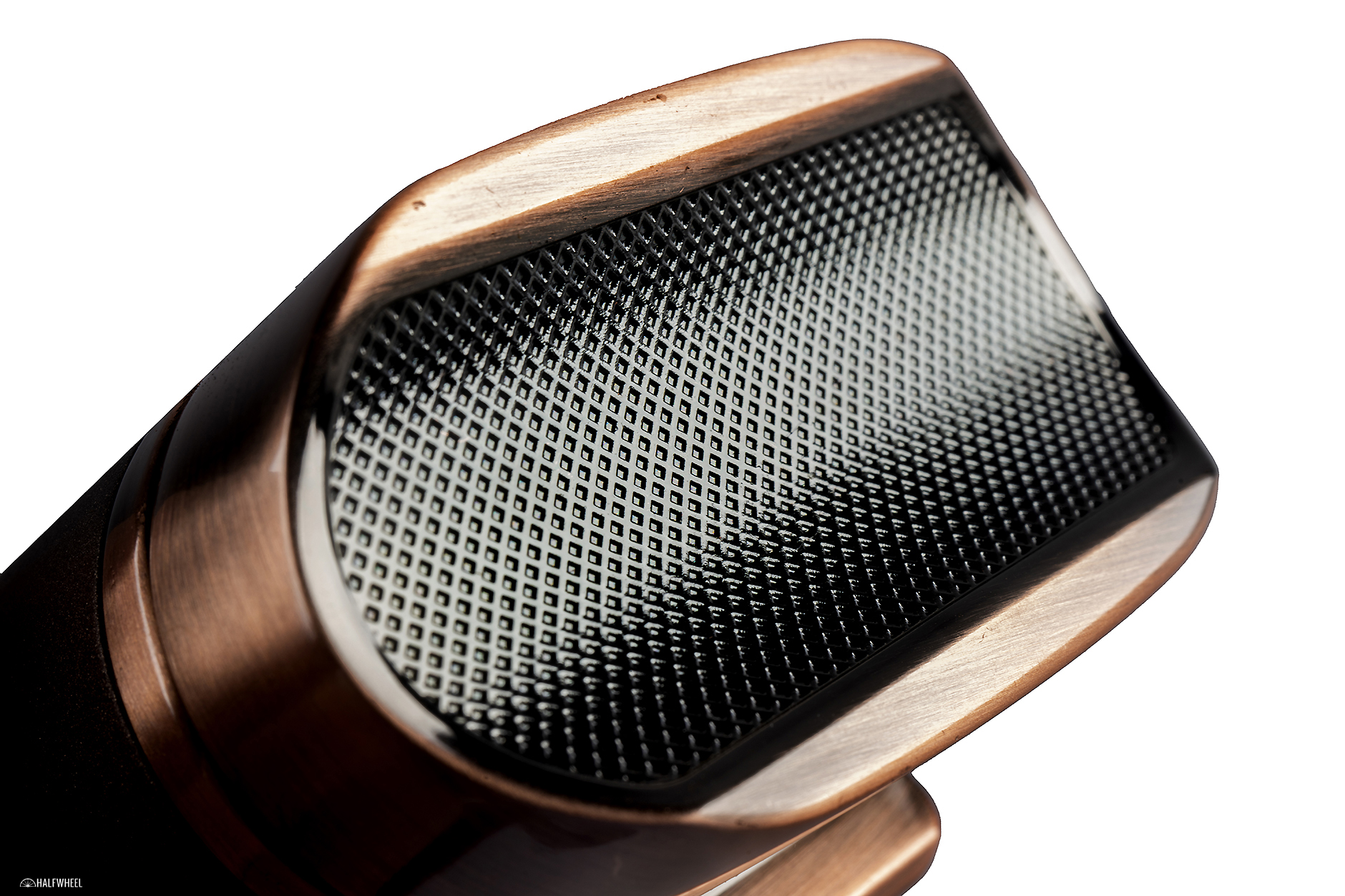 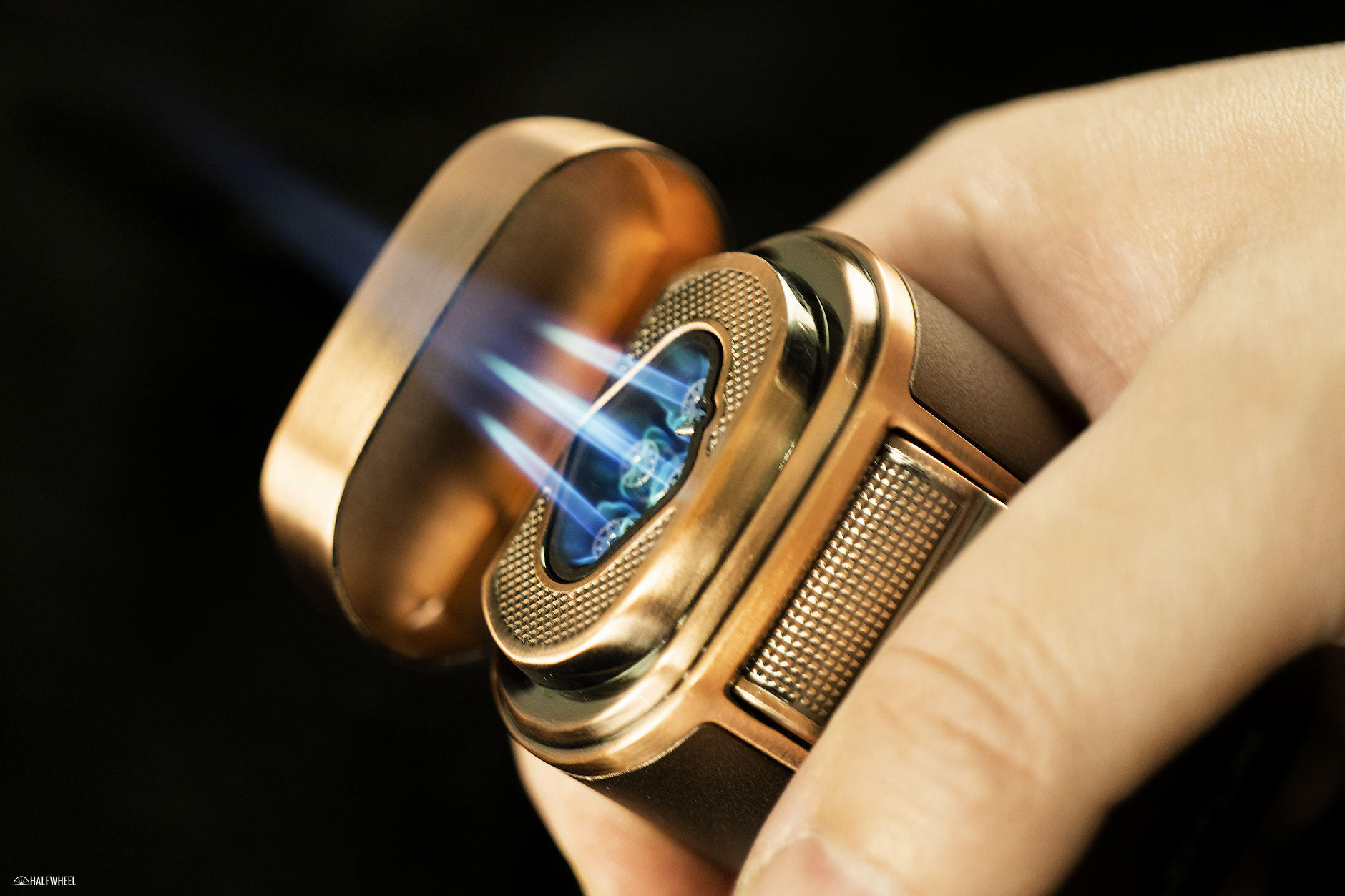 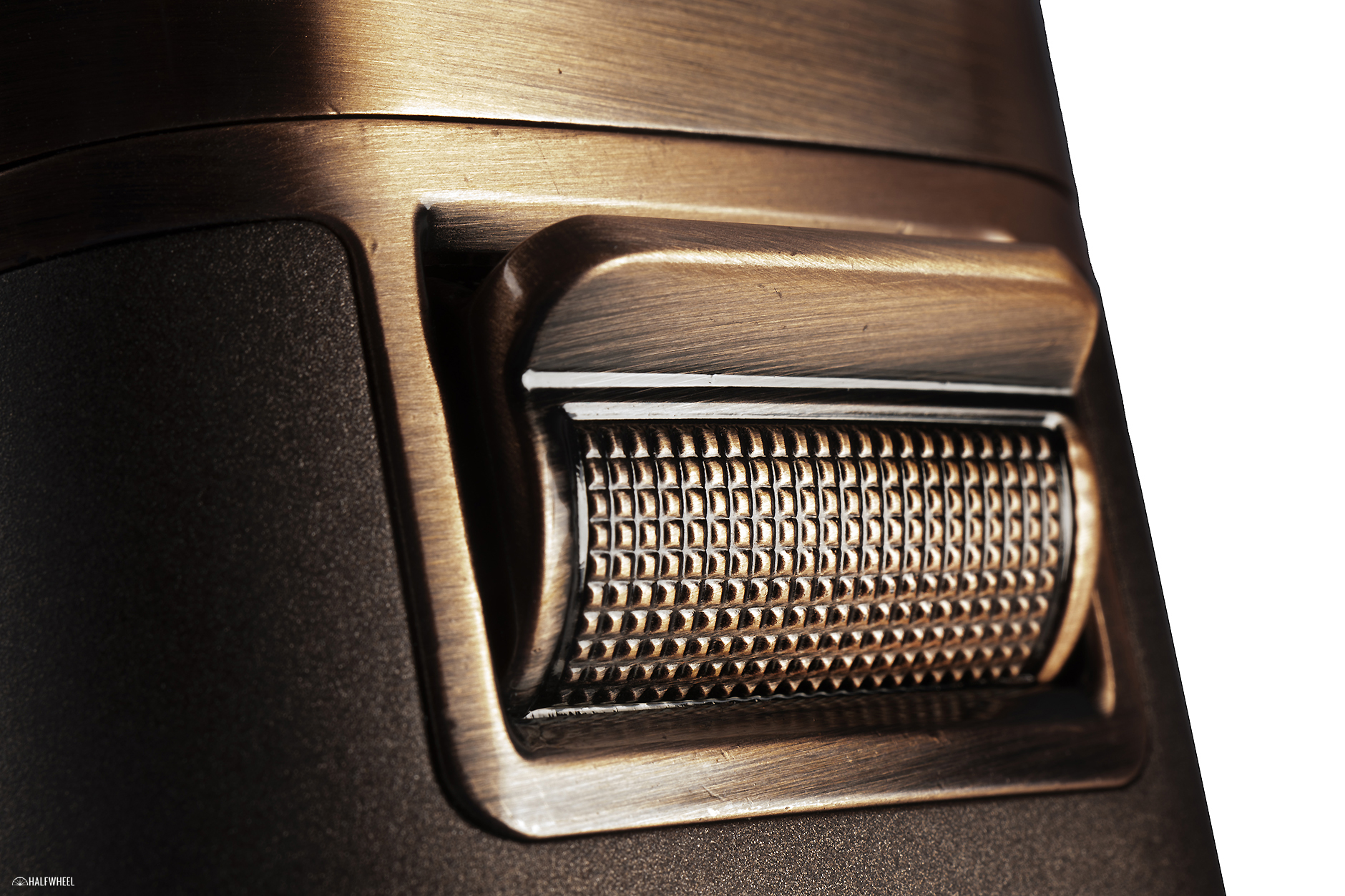 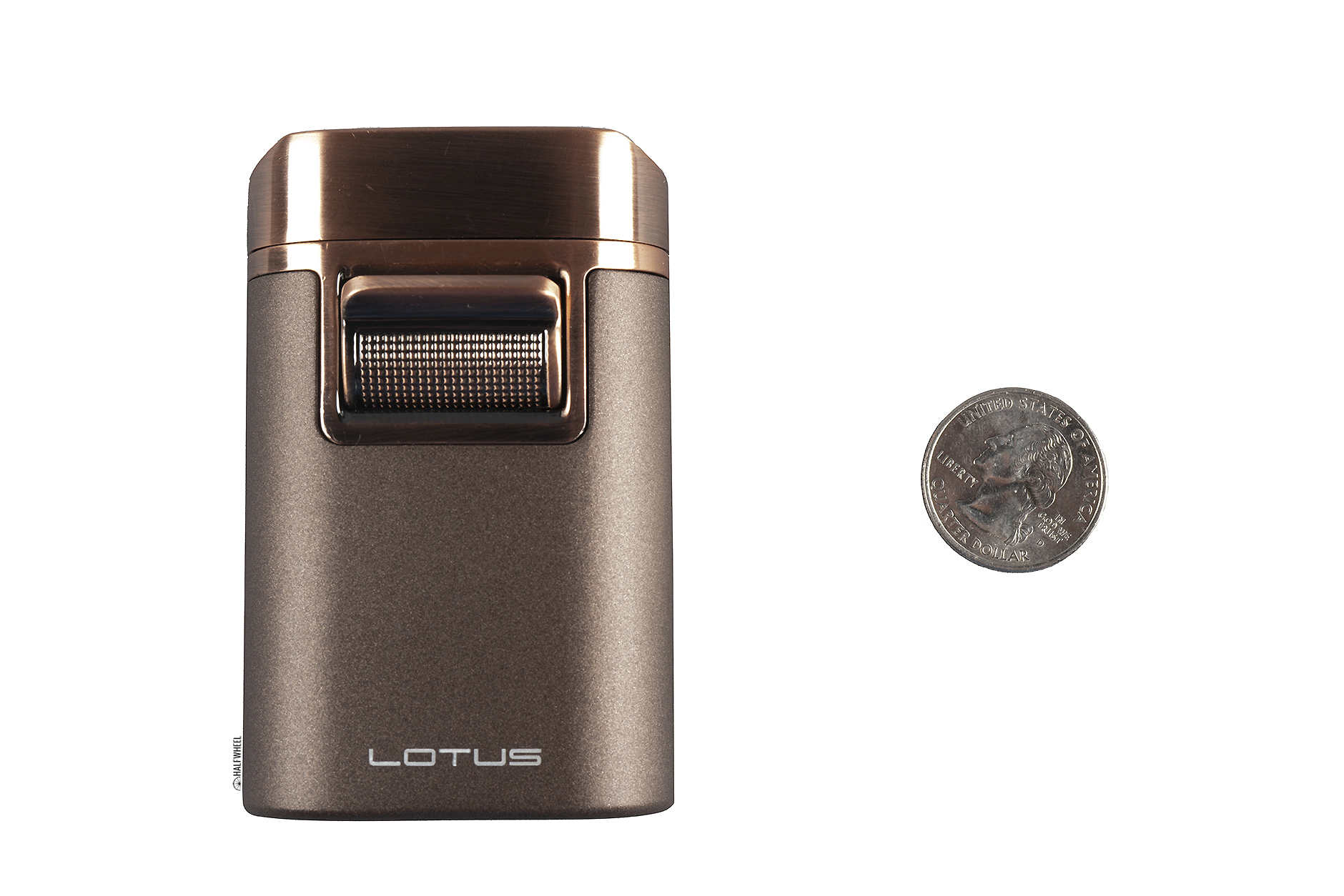 Yes. The Lotus Brawn isn’t just a brute of a quad-flame lighter, but rather one that balances its power with some intelligent design. The angled torches are the star of the show in that regard, with the ignition mechanism, cigar rest lid, flame adjuster and overall look not far behind. For my purposes, I couldn’t find much lacking from the Brawn, earning it not just a recommendation but a spot in my rotation of everyday lighters.