At the 2015 IPCPR Convention & Trade Show, there were only two new products on display in Oliva Cigar Co.’s booth: a commemorative humidor created in celebration of the Oliva Serie V Melanio earning Cigar Aficionado’s cigar of the year award and the NUb Ignition lighter, a bit of a surprising release given that the company hasn’t been in the business of selling accessories. 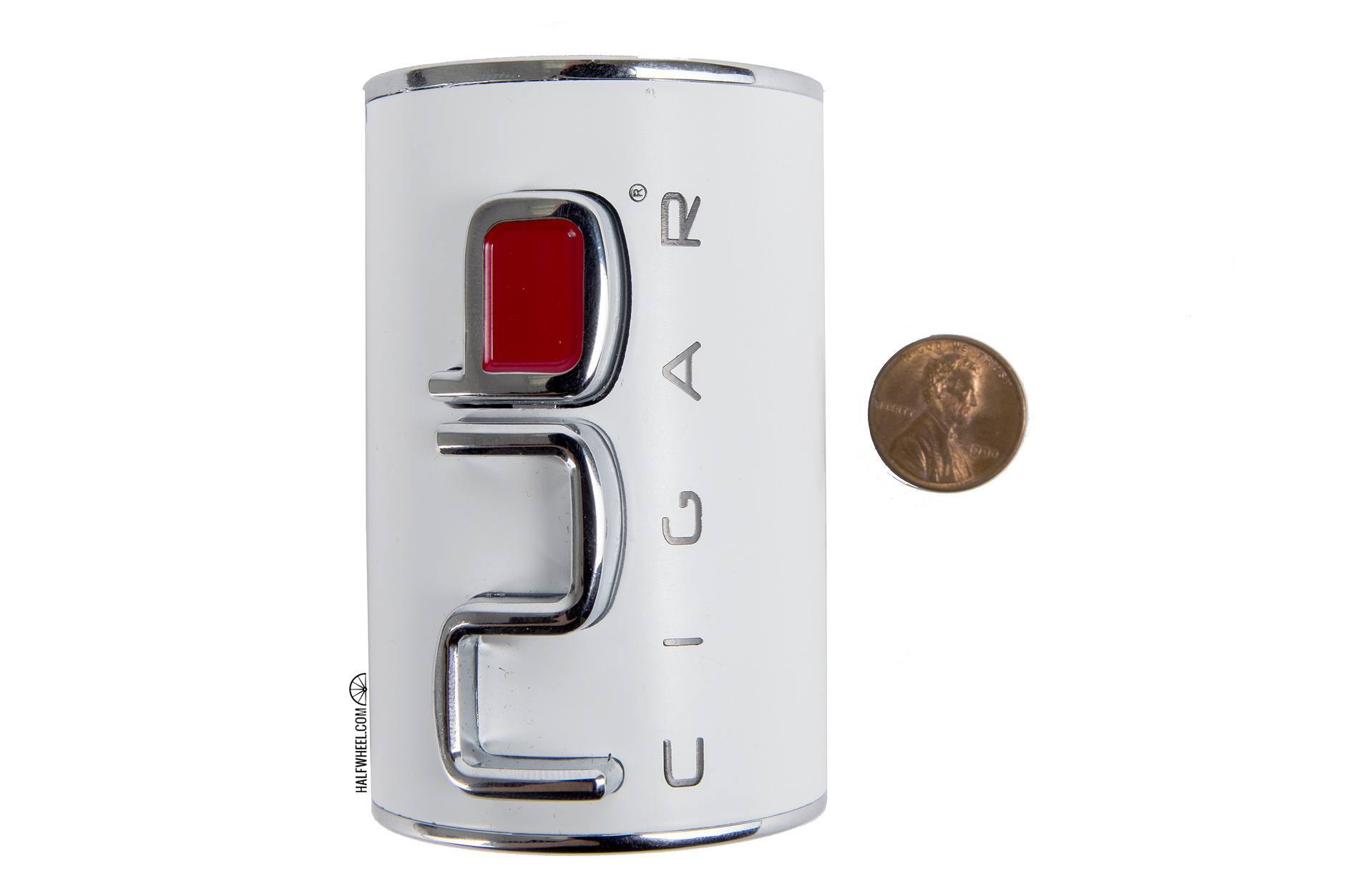 It’s also a bit interesting because the NUb line hasn’t necessarily been in the company’s spotlight in recent years; the STUDIO TOBAC branding has pretty much completely gone away, and the company—for understandable reasons—has focused more on its Serie V Melanio line than the short, stubby NUb cigars that have been in the market for several years. While the line is found in numerous humidors across the country and world, it’s certainly lost the prominence from when the line was new and when the STUDIO TOBAC World Tour events were annual occurrences.

For this new lighter, the company went in an unsurprising route and made it a showpiece-style accessory, a table top lighter that has a distinct cylindrical shape, a raised logo that is part of the ignition mechanism, the brand’s tobacco leaf logo, a good bit of heft and plenty of flame from three jet torches that are sunk down from the top of the cylinder.

Weighing in at a beefy 10 ounces, the NUb Ignition stands 3 inches tall and measures approximately 1 7/8 inches in diameter, not including the raised NUb logo, which sticks out about a quarter of an inch. It’s a solid unit showing no screws or clear point of entry should you want to attempt to peak at its guts, and the raised logo—what could be the most unstable part of the unit—feels as solid as I can recall on any lighter. It fits neatly in the hand and isn’t terribly hard to wrap my fingers around it, though the seemingly preferred method is to create a cradle for it while resting my thumb on the b of the logo in anticipation of getting the lighter fired up.

The raised logo is where your interaction with the NUb Ignition begins, as the b doubles as the ignition button. The letter’s body is filled in red which helps bring your attention to it, and there’s just the slightest bit of wiggle to provide a physical clue as to how to ignite the lighter. A slight push of the button gets the fuel flowing, while a complete push fires the piezo ignition and with near certainty gets the jets firing while producing an audible, somewhat metallic click.

I say near certainty because the ignition seems to struggle with the first light after not being used for a few hours. While I’m not an expert on the inner mechanics of lighters, it would seem like the fuel might be draining away from the jets and without a bit of a small press of the button to get the fuel flowing, there will likely be a few misfires. 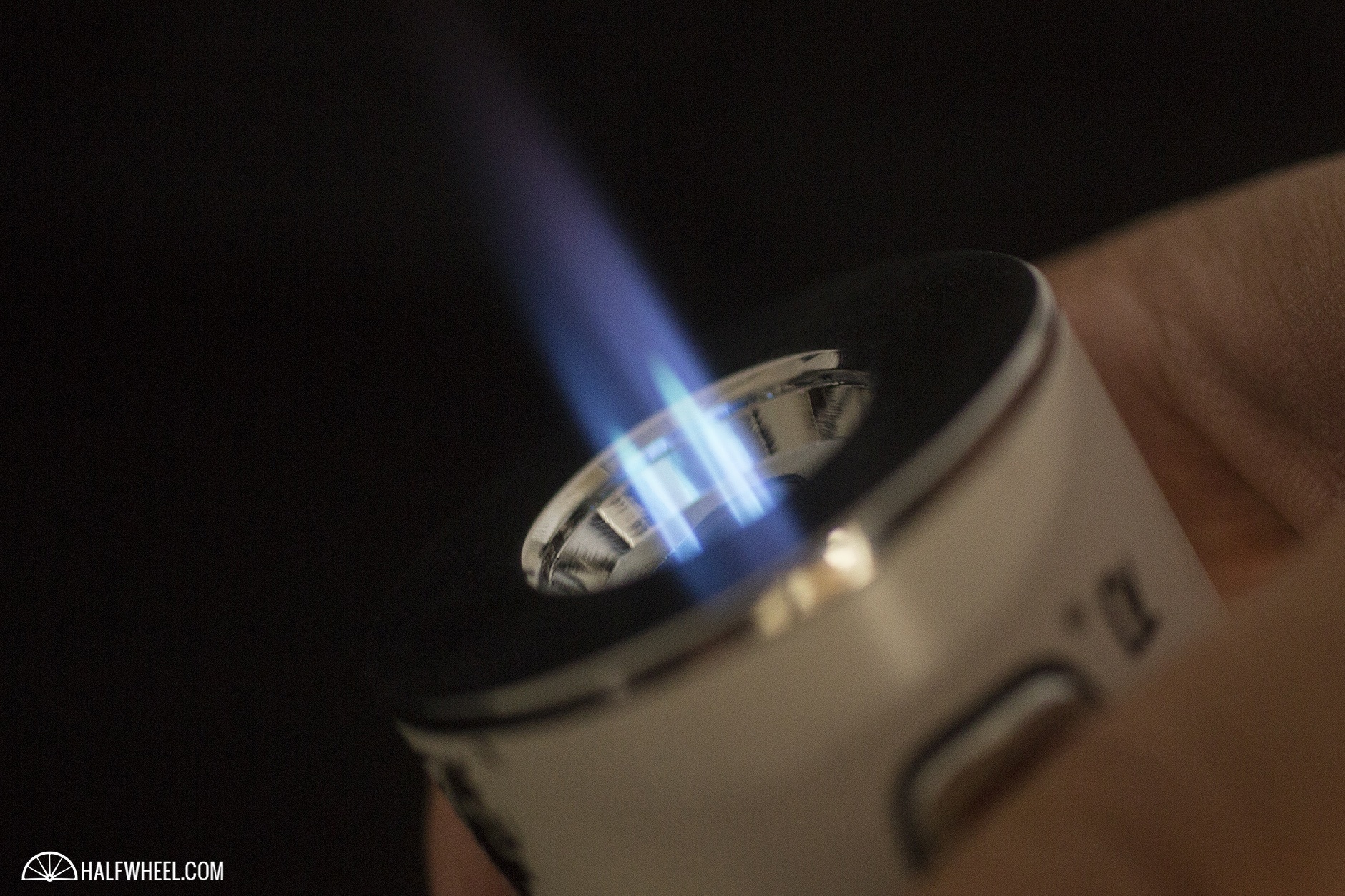 Once lit, the NUb Ignition offers plenty of heat and flame to make quick work of any cigar; the jets are arranged in a triangular configuration to create a thick base of flame, much like what you’ve seen from a number of other lighters. While the Ignition is best suited for big ring gauge cigars, it can be used on small ring gauge sticks as well, though caution has to be applied to the process to avoid scorching the sides of a cigar. 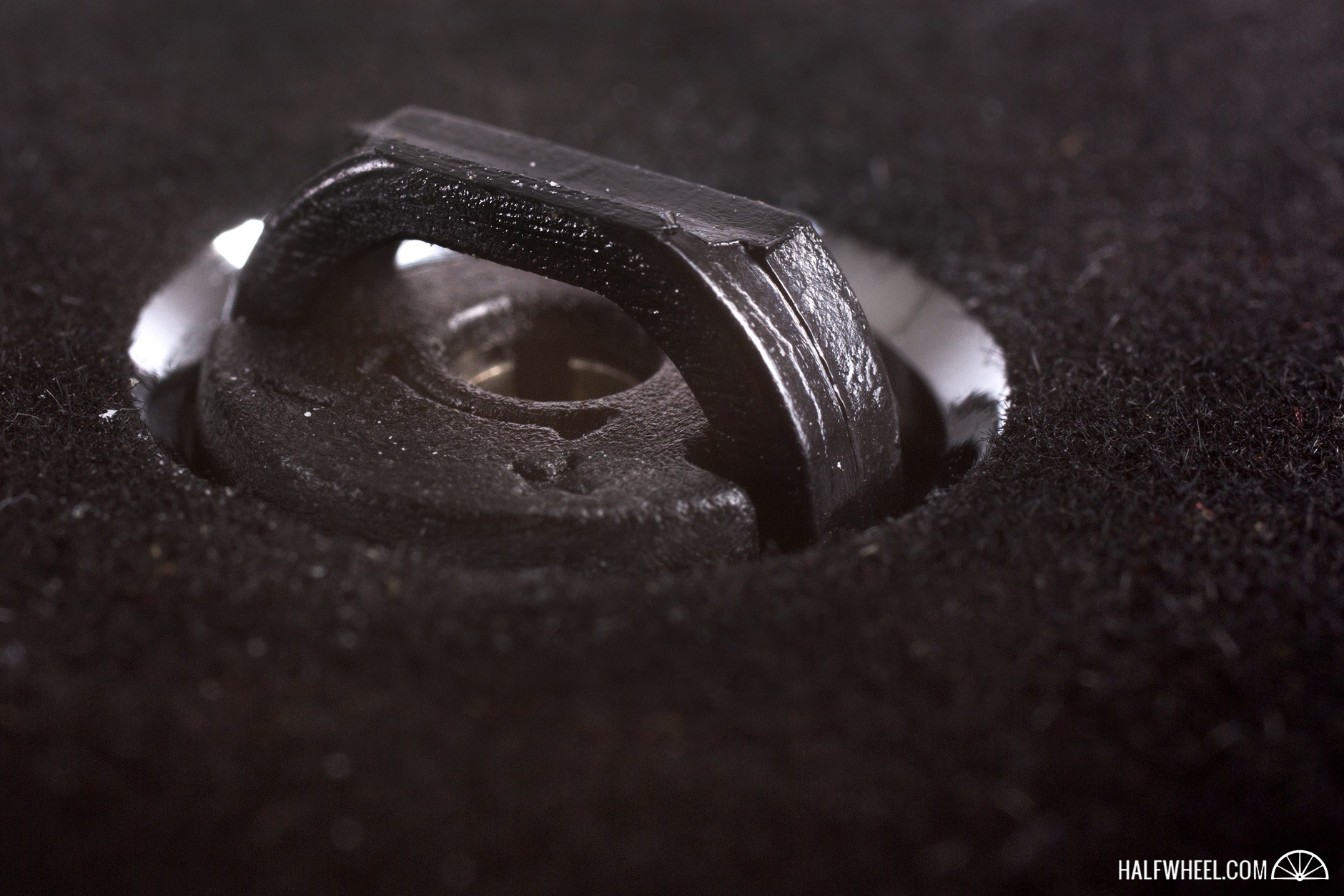 The adjustment of the flame height is a fairly standard task, especially if you are familiar with some of JetLine’s current offerings. Simply flip the lighter over to reveal the adjustment device, with a flip out tab that allows you to adjust it with your fingers and forgo the use of a small screwdriver. The fuel valve is in the middle of that, with no special tricks for bleeding or filling the lighter. The range of adjustment is one of the more impressive I can recall seeing, actually offering distinct flame levels throughout the range. It takes at least a quarter of a turn to get any flame, growing from there to a maximum output that produces a visible flame that shoots up between three and four inches from the jets with a steady stream of fuel being burnt to a small, tight point. I found that a comfortable flame level is found just a bit beyond a quarter of a turn or so, and it’s easy to get the jets firing while adjusting the fuel flow to find your preferred amount of flame.

There’s really no magic or special technique needed to light a cigar with the NUb Ignition, other than to be mindful of how much flame you have in your hands. There is, however, a less obvious benefit of the NUb lighter: the mirrored finish of its top. In recent years there have been a number of lighters to come out with mirrored finishes inside the lids that are billed as a way to help you see the foot of a cigar while you light it. In my experience with them, however, I’ve never found them to be that useful since it is so small. Yet with the large mirrored finish of the NUb lighter, I get a clear look at the cigar as I light it. 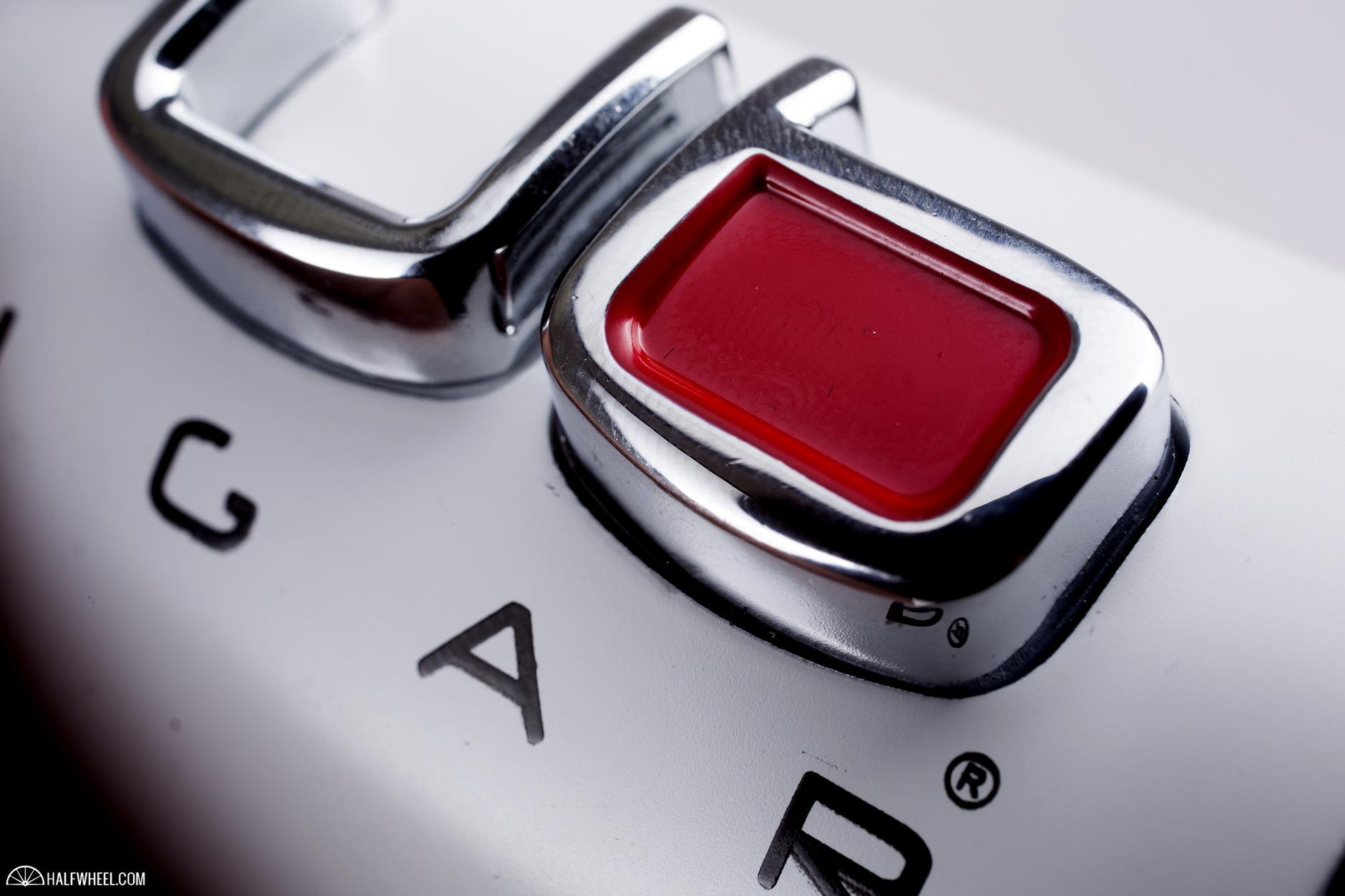 In everyday usage, I only found one thing to complain about, and that’s the lack of a visible fuel window. There’s certainly plenty of places to put this seemingly standard feature of a premium lighter, but one is nowhere to be found. If you’re never far away from a can of butane, this isn’t a huge issue, but were you wanting to take this out, it’s impossible to know exactly how much fuel is inside, short of bleeding it and topping it up as best as possible. It’s certainly not a huge issue, but its omission does seem a bit odd.

From a design aesthetic, the black logo and text are printed directly onto the cylinder, not onto a sticker that was then applied to the body. While I didn’t want to get overly abrasive in testing the logo’s durability, it looks as good as it did when I took it out of the box several weeks ago. It’s the top of the lighter that shows the most wear, with a few scratches and plenty of fingerprints that are easily wiped off when wanted.

While I’m not a big fan of heavily branded lighters such as the NUb Ignition, I certainly like how it has performed over several weeks of daily use. The ignition is just a bit firm and rarely fails to produce a flame, it’s an easy lighter to hold and use, and best of all: it works reliably and consistently.

If you’re a fan of the NUb brand, or simply don’t mind if your lighter has a prominent amount of branding on it, it’s worth considering the NUb Ignition as your everyday table top lighter. Personally, I’m intrigued to see if an unbranded version ever makes it to market; if it does, I’d have absolutely no problem recommending it.

The lighter for this review was provided by Oliva Cigar Co.