Of all the countries and regions that have had Edición Regional cigars produced for them by Habanos S.A., few have been as intriguing to me as Italy, and it’s for one reason: shipping.

As you might be aware, Italy was one of the two original countries selected for the Edición Regional program in 2005, receiving the Punch Superfinos and Ramón Allones Selección Suprema, while Switzerland received the Punch Robusto and Ramón Allones Eminencia. Since that time, it has added two La Escepcíon releases and a gold foil-wrapped Punch Diademas Extra, all of which have gained a high level of desirability among cigar collectors.

Unfortunately, Italy has strict laws limiting the shipping of cigars out of the country, making its releases more challenging to obtain, local laws notwithstanding, of course.

For its most recent Edición Regional release, the Italian distributor, Diadema S.p.a., chose the La Flor de Cano marca, a brand that dates back to 1884 but which is classified as a local brand, meaning it has a very minor market share. There are only two regular production sizes in the line at the moment, the Petit Coronas, a cedar-wrapped 4 4/5 x 40 corona; and the Selectos, a long corona that measures 5 9/10 x 41, both of which are short-filler handmade cigars. The brand’s last long-filler cigar—the La Flor de Cano Coronas—was discontinued in 2002. 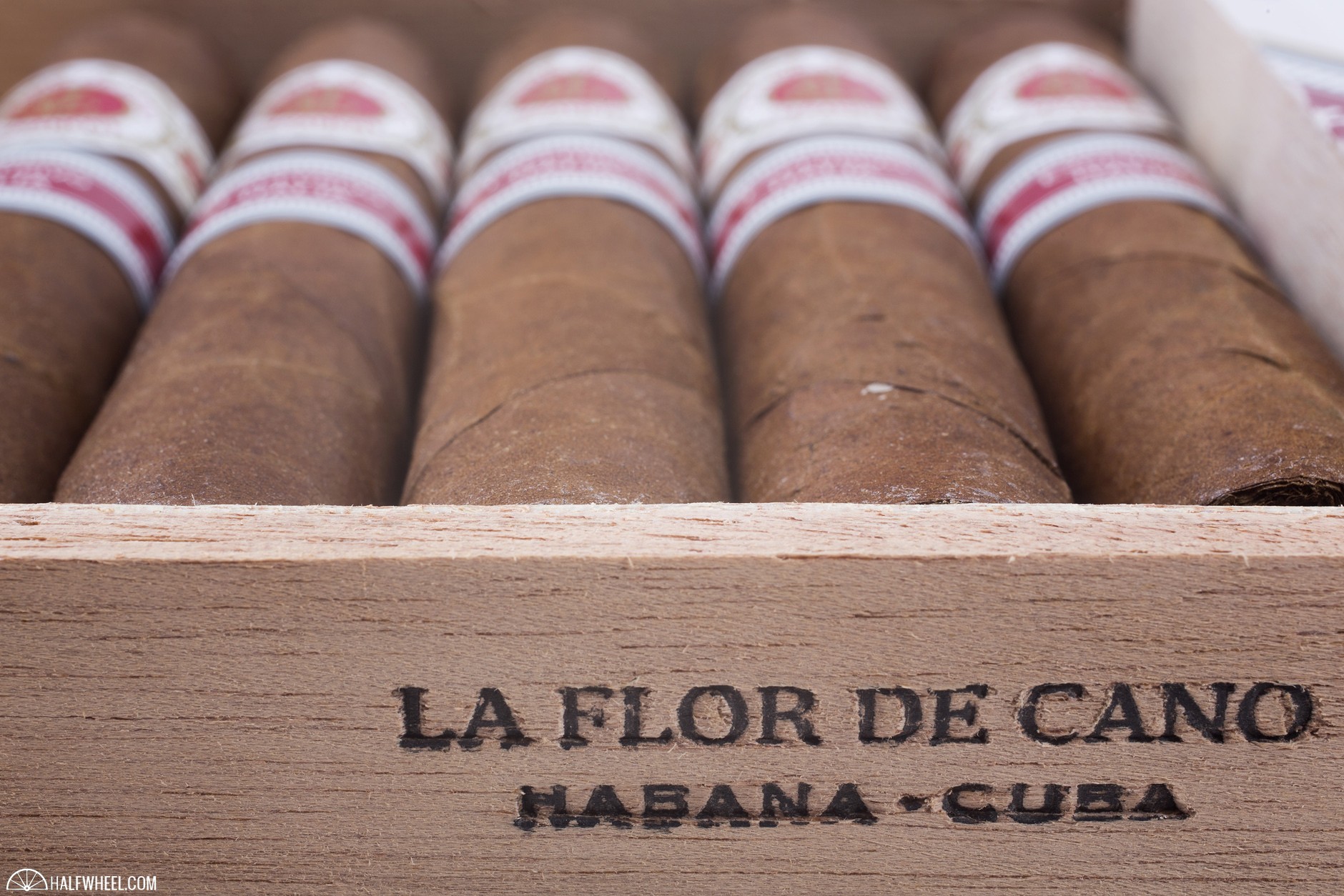 This also marks the fifth time the La Flor de Cano brand has been used for an Edición Regional release:

The cigars arrived at retail shops in the country a few days later, becoming the ninth Edición Regional release for Italy:

The Casanova is a petit robusto that measures a 4 1/3 inches long (110mm) with a 50 ring gauge, a vitola known as the D No.5. It’s a size best known from the Partagás line, used as both a regular production size and as a 2008 Edición Limitada. More recently, it is one of the two vitolas picked for new sizes in the Quai d’Orsay marca, joining the No. 54, a 5 3/10 (135mm) x 54 robusto known as an Edmundo Grueso.

A total of 6,000 numbered boxes of 10 cigars were made, each priced at €100 ($117.50) per box. Additionally, the cigars come bearing not just an Edición Regional band, but a special primary band that bears the La Flor de Cano name as well as Casanova to indicate its vitola name, which comes from the Italian adventurer and author Giacomo Girolamo Casanova (1725-1798), who was noted not just for his love affairs with women, but for penning Histoire de ma vie (Story of My Life), which is considered to be one of the top sources of European life in the 18th century. The first sample of the La Flor de Cano Casanova is a rather rough looking cigar; veins are prominent and pucker quite a bit, with a bit of green showing as well, while there are a few glue spots towards the foot of the cigar. The others aren’t quite as plentiful with things to note, though glue marks are surprisingly consistent, as is the puckering in the veins and the firmness of each of the samples. The cap on the first cigar appears to be particularly flat and has a crease in the piece of tobacco used to create it. The foot offers a pre-light aroma that varies quite a bit from sample to sample; the first is rich in baking spices and has a very soft texture in the nose, the second is thick and sweet with subtle notes of wood and sap, while the third has pine needles on top of plain bubblegum. The cold draw on the first sample is firm enough to have me ready to call it tight, while flavors are muted nearly to the point of obscurity, as I get trace notes of peanuts and vanilla cream. The second is even tighter, while the third finally shows that this cigar could be made with a proper draw.

The opening notes of the La Flor de Cano Casanova are a bit muted though quickly pick up woody undertones, with a slightly oily texture to the smoke as it presents pepper, a bit of sour apple, and Chinese five spice that also manifests in the resting aroma. After toying with those flavors for a number of puffs, there’s a very mild vanilla sweetness that sets the tone for the Casanova as the burn line methodically makes its way up the cigar. There’s a good bit of mixed pepper to be found in the retrohale, and passing the smoke through the nose opens up the complexities of the cigar and allows it so present much more of its strength and fullness. The draw on the first sample has been on the firm side from the start and remains that way after the first clump of ash is knocked off, though the technical performance has been overall quite good. Thankfully the second sample isn’t as tight, though still errs on the firm side for my liking, and the third is much better; which is to say it’s how a cigar should draw, and it seems to pay immediate dividends in how good the cigar can taste. 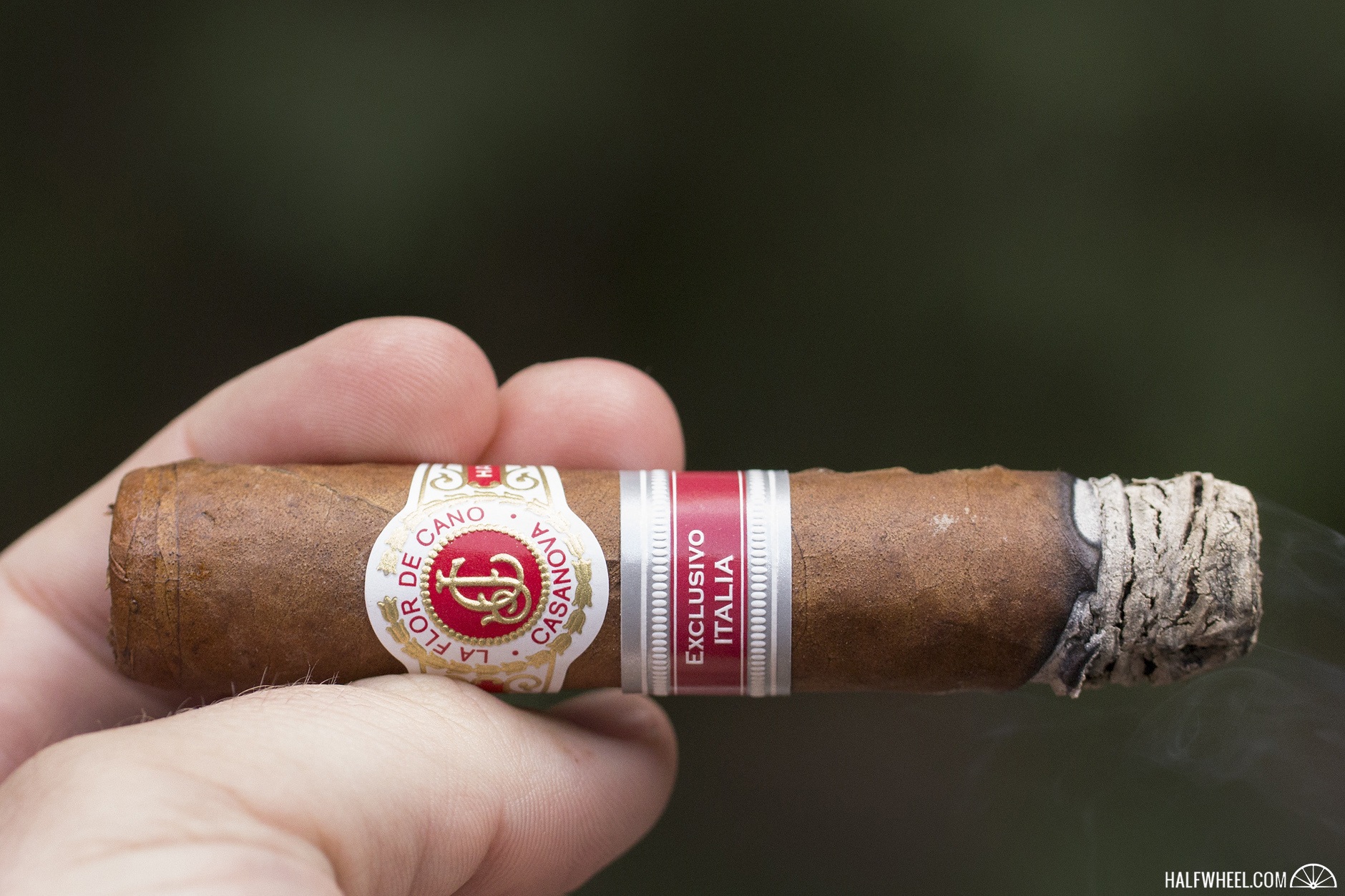 With a relatively short cigar that is dual-banded with paper rings that can be a challenge to remove, I find myself needing to do a bit better job figuring out exactly where the first and second thirds lie, though the flavor provides a decent assist as a bit of chalk enters the equation and pivots the profile a touch. It’s still fairly medium in body and strength, with retrohales making up for any parts you find lacking. I’m intrigued by the somewhat oily texture of the smoke, as it’s something I haven’t experienced in some time. Retrohales are particularly punchy, and offer a precursor to changes that the cigar might have in store as they get a bit more brash ahead of the cigar’s center. The first cigar takes a radical turn at the midway point, quickly becoming young, harsh, and hard to enjoy, as the pepper gets needle-sharp. While the retrohale is still as peppery as it was in the first third, the sum of all the parts is a borderline wreck, compounded by a still firm draw that requires more labor than a premium cigar should. The second and third samples don’t feature such a drastic departure, though both begin to manifest some combustion issues that warrant a touch-up, and closes out with a stinging harshness in the back of the throat that appears out of nowhere. The draw on the third sample continues to be the best of the bunch, though it too suffers from a bit of an uneven burn line. I don’t know if it’s the draw or a humidity issue, but the final third of my first La Flor de Cano Casanova is almost unsmokeable. The former is certainly not helping, which requires several touch up from the lighter as I watch the cigar literally go out while I’m smoking it. Smoke production has slowed to a crawl, with the flavors mellowing out to a slightly toasty smoke with hints of pepper still in the mix, and their impact proportional to the amount of smoke that’s able to be generated. The second sample is better in terms of draw but its wrapper splits from the burn line to the head, with notes of wet wood and black pepper engaged in a battle for the profile. Combustion is a major struggle for the Casanova in this portion, as it feels like the filler is either too oily or too damp to stay lit for any period of rest. When it does manage to stay burning, the cigar finishes with an thick note of sweet, wet cedar backed by just a bit of pepper, though the extra labor required with the draw adds too much heat which in turn makes maintaining the cigar’s balance a challenge. After several relights and seemingly an extra 20 or 30 minutes of smoking time, the Casanova meets its fate at the bottom of the ashtray. I feel like I could pretty much copy Charlie Minato’s summary of the Ramón Allones Terra Magica Edición Regional Adriático (2016) that he reviewed recently but I will sum it up by saying that when Edición Regional releases are at their worst, you get cigars like this. The draw hampered the first two samples quite noticeably, with the flavor shift at the midpoint into the final third only compounding the problem in each of the samples. While I don't have much hope that the draw issues will improve, there's still a glimmer of optimism that the flavors will find their sweet spot, as at times the Casanova can be a rather enjoyable cigar. However, take the draw issues and challenge to obtain the cigar, and it's hard to make a compelling case for this Edición Regional release.