Having not been the one to cover the CLE Cigar Co. booth the past few years, I’d sort of forgotten just how much was inside. The spacious white booth is home to not just Christian Eiroa’s brands, but Asylum, Edgar Hoill, Pura Soul Cigars, Patoro and more. It’s an impressive assembly of cigars, and each of them had a few new things to show off this year. 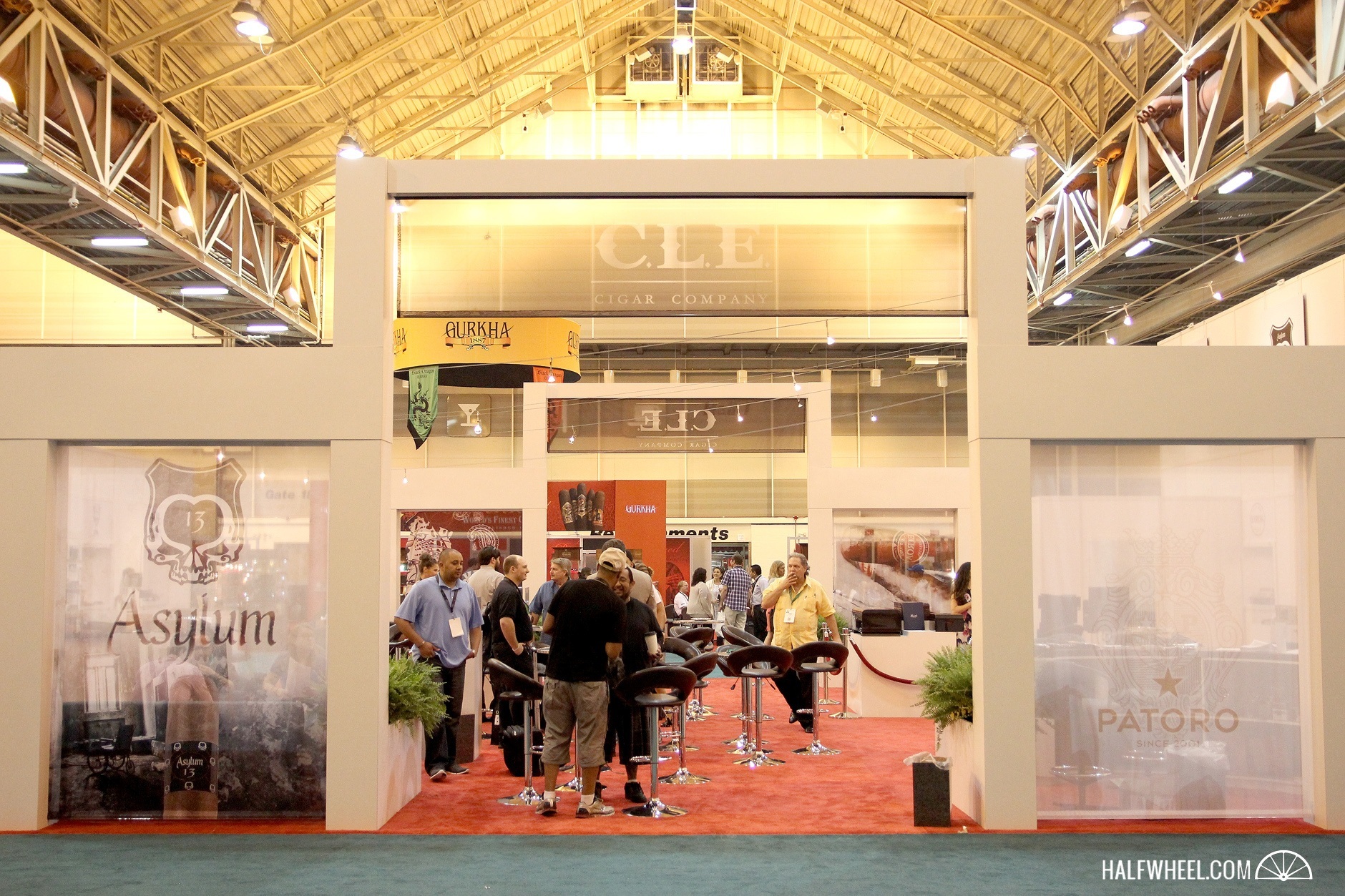 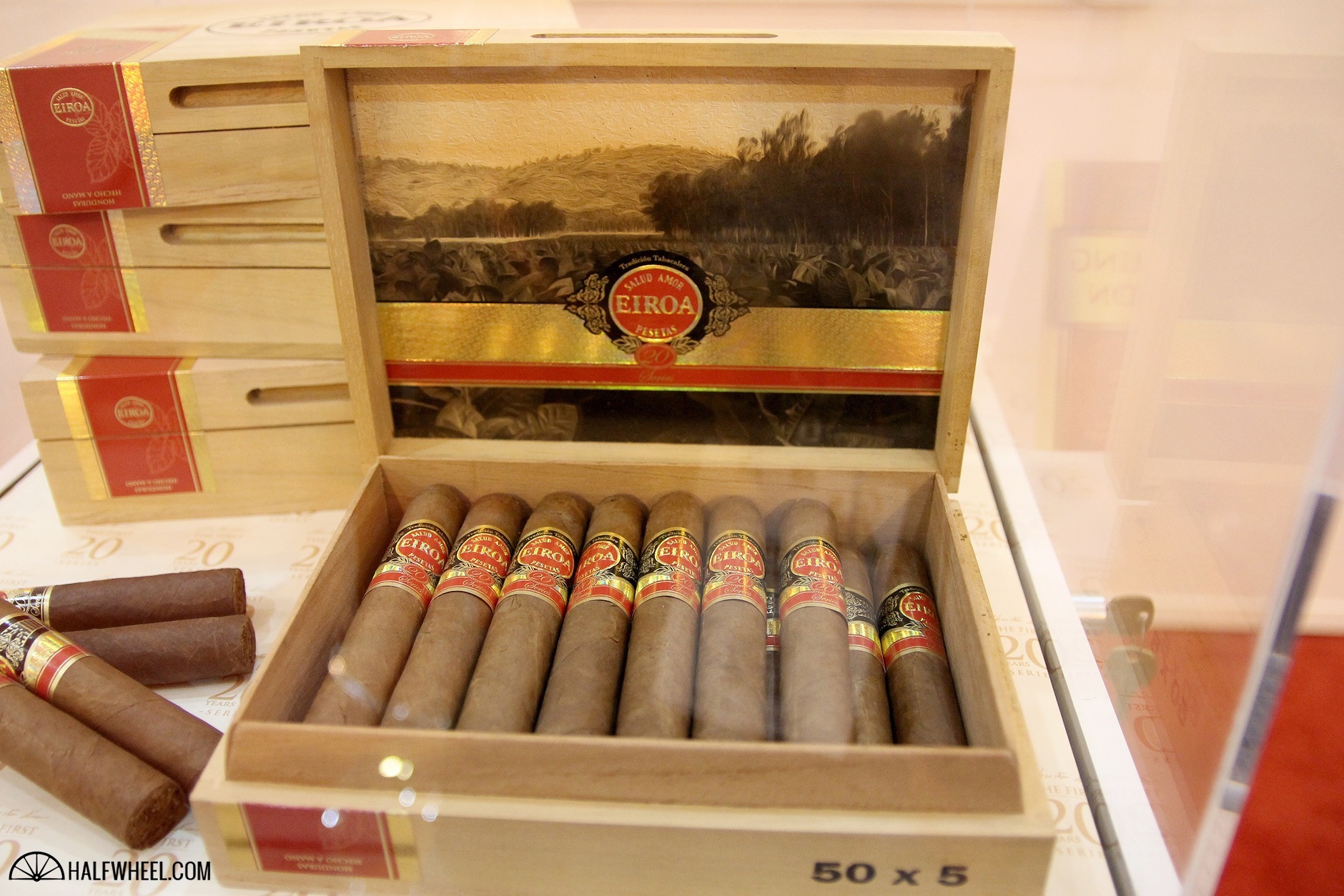 EIROA The First 20 Years
While we’ve already covered several companies celebrating 20 year anniversaries this year, there’s a personal anniversary that should be added to that list, and that’s Christian Eiroa’s 20th year in the cigar business. On June 28, 1995, Eiroa began working for his father at Caribe Imported Cigars, the same year that they purchased the Camacho brand and would be the cigar that would bring him to prominence in the cigar industry. CLE Plus 2015
Christian Eiroa’s CLE Plus gets a makeover for 2015, and as he described it in early July, it’s lighter, more complex and a bit more affordable.

The CLE Plus 2015 remains a Honduran puro but gets a Colorado wrapper in place of the original, while Christian’s father, Julio Eiroa, will be making it at Las Lomas in the Jamastran Valley of Honduras, a shift from the El Aladino factory in Danlí. It’s coming in four sizes, 6 x 43, 6 x 46, 5 x 50 and 7 x 48, all in 25-count boxes and with single stick pricing between $5-8.

On the Asylum side, the company grew its portfolio quite substantially, with a total of 21 SKUs highlighted as “new,” including a new line, several new sizes, as well as a new display tray for retail humidors. 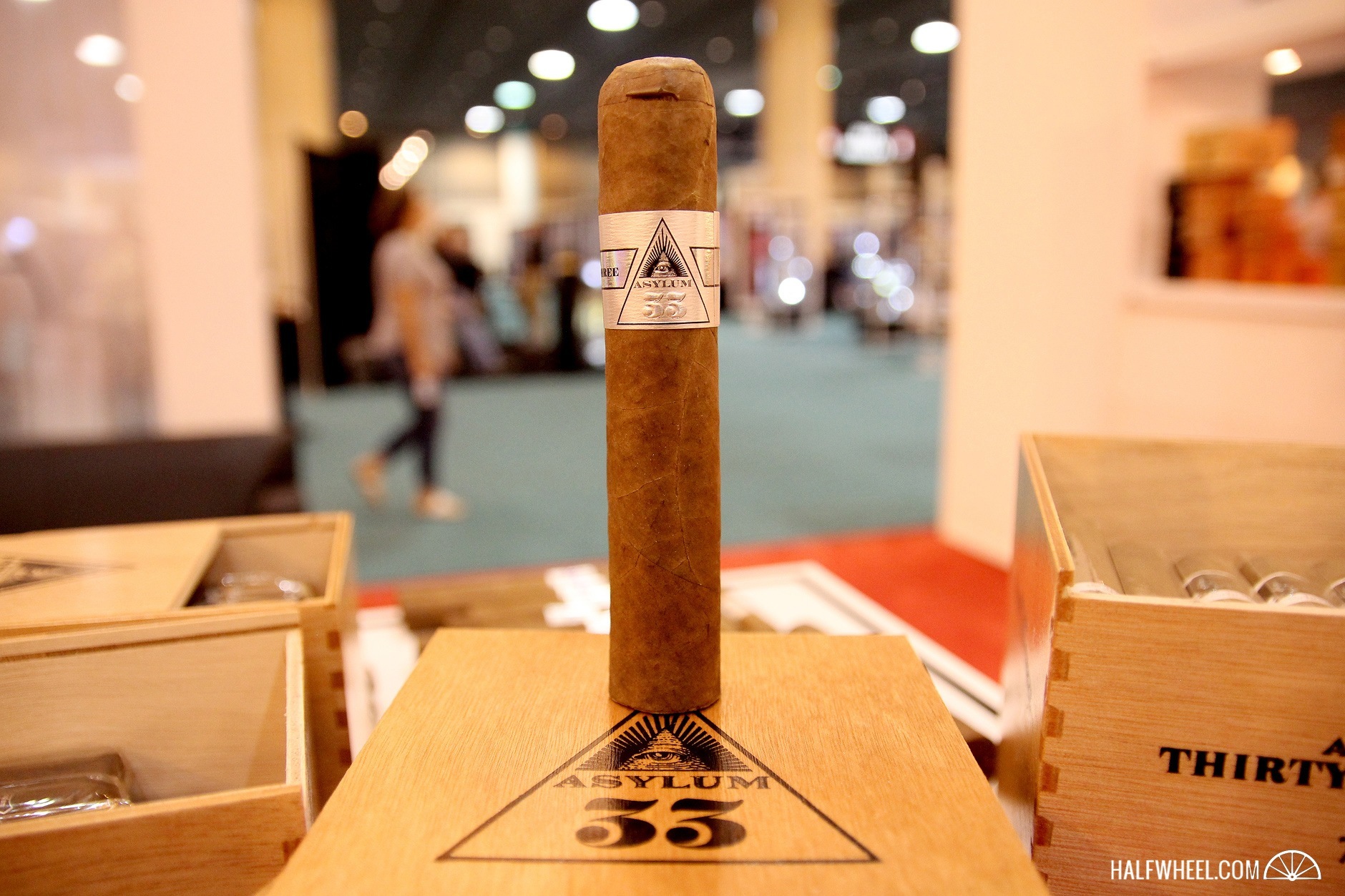 Asylum Schizo Maduro
The Asylum Schizo Maduro was announced back in April and is being released in five sizes, 5 x 50, 6 x 50, 6 x 60, 7 x 52 and 7 x 70, and with pricing between $1.90-3.80 per cigar. When looking for it in your retailer’s humidor, you’ll likely see it in bright white 100-count trays, and when you taste it, you’ll notice it’s pretty different form the original Schizo, which is a Nicaraguan puro. The maduro version see a Mexican San Andrés wrapper over Honduran fillers and comes out of the El Aladino factory in Honduras. It’s a 7 x 38 vitola that comes in 30-count boxes and sells for $8 per cigar, with the blend of a candela wrapper and habano maduro wrapper remaining intact.

The company’s Insidious line is also growing by way of a Honduran Habano version that keeps the sweetened tip and Honduran fillers. More info on that release is here. EH Everyday Hustle
The next stop was Edgar Hoill corner of the space, where he had a pair of lines to unveil: EH Everyday Hustle and OG OSOK, both of which are coming out of the El Aladino factory and scheduled to begin shipping shortly after the show concluded. Rounding out the new offerings in the CLE Cigar Co. booth that unfortunately I didn’t have a chance to see in person was the Patoro Gran Añejo Reserva Serie USA Edition.