In many ways, the new release is a hybrid between some of General’s mainstays: the Hoyo de Monterrey Excalibur brand and the Black branding the company has used for releases like Partagas Black and Cohiba Black. As the name hints at, it will use a dark wrapper, a Connecticut broadleaf varietal. Underneath that is an Ecuadorian Sumatra binder over Honduran and Nicaraguan fillers. The Excalibur Black is being made at STG Danlí in Honduras

It will be offered in three regular production sizes: 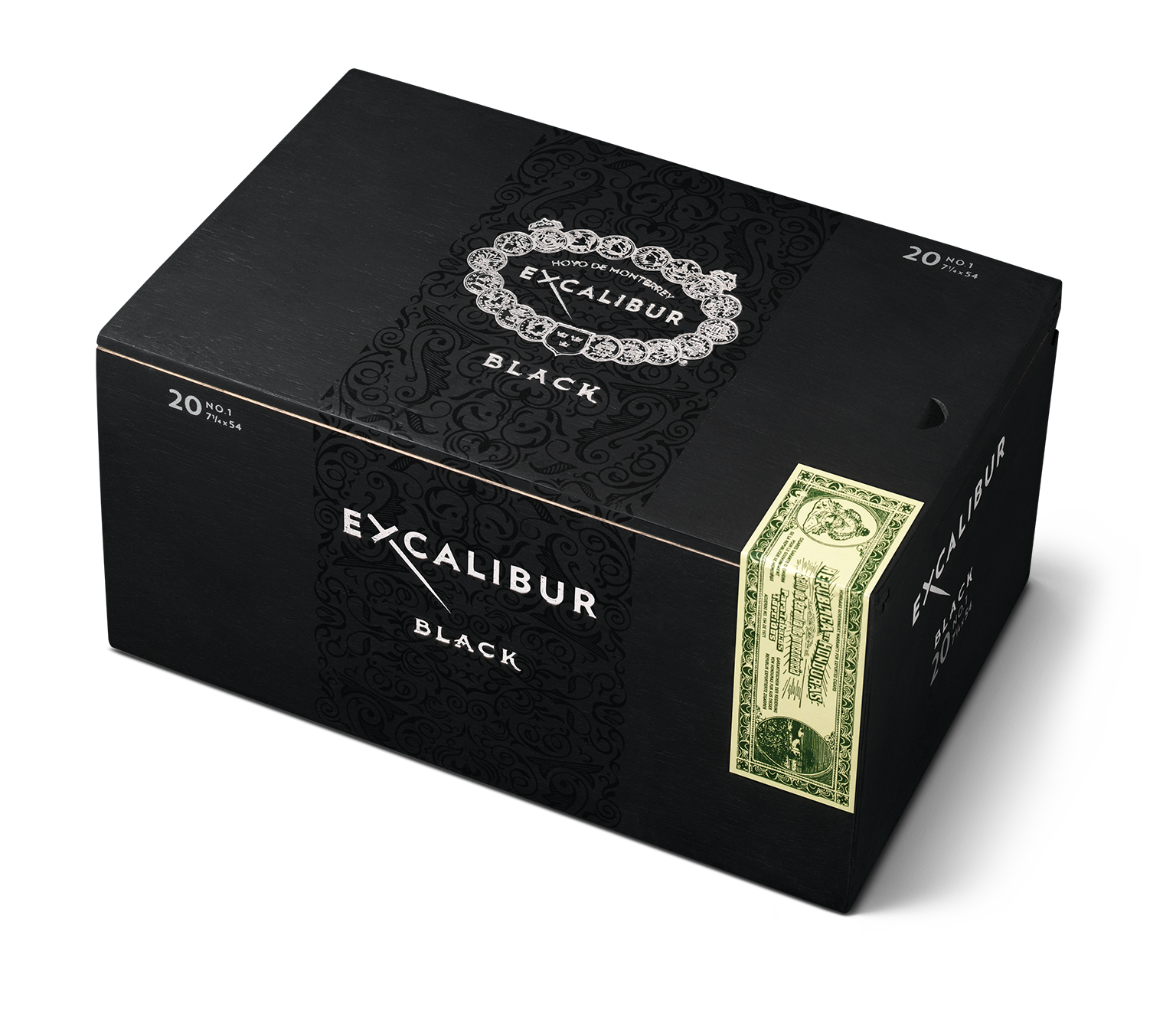 “Excalibur is a stalwart Honduran brand that continues to withstand the test of time and deliver on its promise of an exceptional smoking experience,” said Ed Lahmann, senior brand manager for Hoyo de Monterrey, in a press release. “With Excalibur Black, we are beginning the next chapter of the brand’s 40 year legacy with a feisty, fuller-bodied offering.  Excalibur Black rounds out the core line with a masterpiece blend that’s as rich and satisfying as it is approachable. We’re expecting that ‘Black’ will expand Excalibur’s devoted fan base with a new generation of cigar lovers.”

General Cigar Co. says it will begin shipping on June 7.