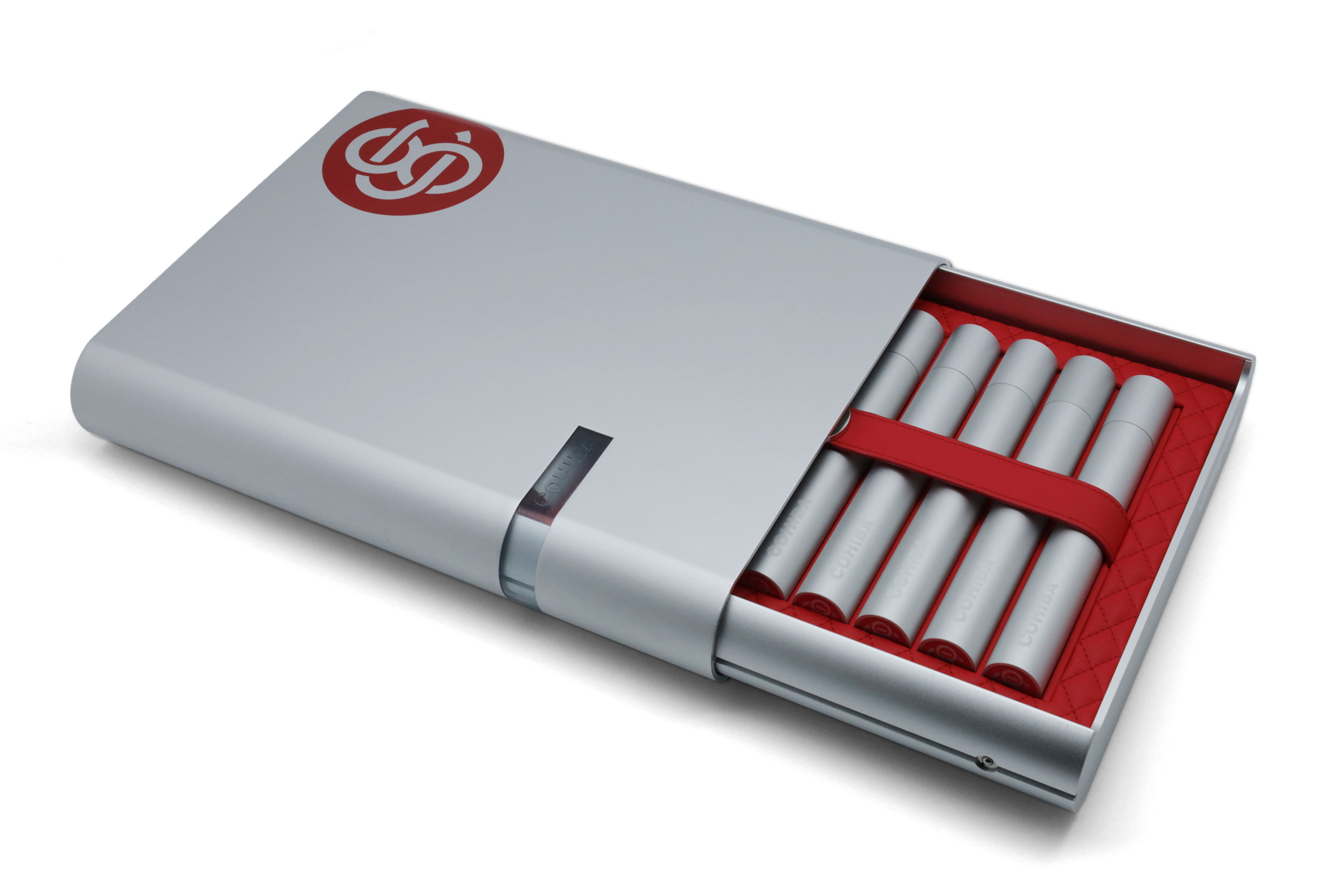 General Cigar Co. has announced the release of a new, ultra limited edition Cohiba that will be available primarily at U.S duty-free shops, as well as a small handful of retailers.

It’s the Cohiba C8, a 7 1/4 x 54 double corona that uses a hand-selected blend of aged tobaccos. It starts with an Ecuadorian Sumatra wrapper and a Connecticut broadleaf binder, but it’s the filler that gets the most attention. It is made up of Dominican piloto cubano from 1995, Honduran Olancho San Agustin from 2002, Honduran La Entrada from 2011, Nicaraguan tobacco grown in Estelí from the 2011 and 2014 crops, and Honduran Jamastran leaves from 2014. According to the company, each bale and leaf used for the cigars was selected by hand, and then aged in tercios made of Royal Palm bark before being finished in Spanish sherry casks, a process that the company says enhanced the natural characteristics of each leaf “to the point of perfection.” It was created at General Cigar Dominicana in Santiago.

A press release calls the Cohiba C8 a robust cigar with layers of earth, nuts and wood that are balanced with a hint of caramel and a “whisper of sweetness,” before finishing with light spice and pepper. It’s not just the blend that is getting special treatment, as the cigars are packaged in individual silver tubes, which are then packed into 10-count boxes. Those boxes are presented in a briefcase that contains an S.T. Dupont cutter and lighter, “for everything the well-heeled cigar smoker needs in one modern, clean-lined accoutrement,” according to a press release.

Only 50 of the sets have been produced, each with an MSRP of $2,499.99. They are set to go on sale at U.S. Duty Free locations and cigar shops this week, though the company has not yet disclosed where the cigars will be available.