Earlier this year, L.J. Zucca announced that Black Label Trading Co. would be effectively taking over the Emilio brand. Fabrica Oveja Negra—the factory that is owned by James and Angela Brown of Black Label—was already producing Emilio cigars, but now the Browns would also be in charge of branding and marketing.

Emilio’s history is one that would make for an interesting chapter in a modern chronicling of cigars. It began in 2010, led by Gary Griffith, who also worked for the Zucca-owned Delaware Cigars, and was the flagship brand of House of Emilio. At one point in time, House of Emilio—later known as Boutiques Unified—was the distribution company for nine different companies.

Griffith’s tenure saw the variety of a number of different cigars under the Emilio banner, some of which have been brought back to the market in the last two years.

In late 2014, Griffith’s involvement with the company seemed to be coming to an end, something that became official in mid-2015. By the start of 2016, House of Emilio was rebranded and the Emilio brand—now without a public face—began to fade.

The last year has been one of transition and revitalization. In September 2018, Nomad Cigar Co. sold to Ezra Zion, leaving just Emilio and Black Label and the Brown’s other brand, Black Works Studio, in the Boutiques Unified portfolio. In June 2019, the changes reached a logical conclusion: Boutiques Unified would now be Oveja Negra Brands, which made sense given the factory was producing all of the cigars for the distribution company, which also includes the relaunched Dissident.

In May, before Oveja Negra Brands was announced, Black Label brought back the AF1 and AF2, two cigars from the early days of Emilio, specifically 2011.

The lines got new blends, new packaging and were now being made at Fabrica Oveja Negra instead of the original factory, A.J. Fernández.

Both lines use a Nicaraguan habano binder over Nicaraguan fillers. As far as specs are concerned, the AF1 uses a Mexican San Andrés wrapper whereas the AF2 is covered in an Ecuadorian habano leaf.

Pricing is similar for both lines—add 50 cents to each cigar to figure out the AF1 pricing—though the AF1 doesn’t have a corona vitola. 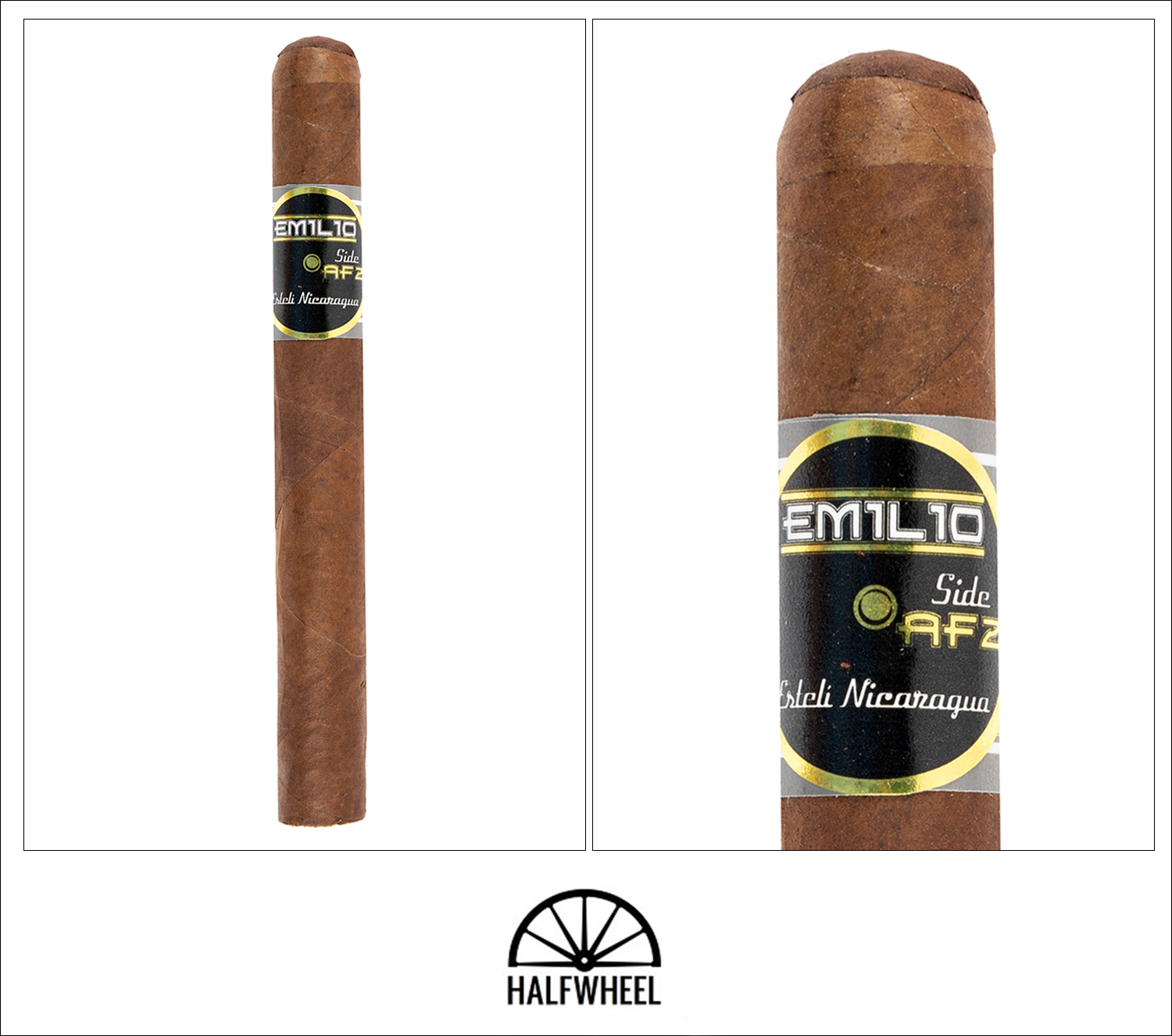 I’m pleasantly surprised to find myself smoking a corona-sized cigar, particularly given the arctic air that has found its way to Texas. The cigar is well rolled with very even lines on the cap. It’s got a caramel-colored wrapper with a bit more reds than a lot of Ecuadorian habano wrappers, and it seems like the AF2’s wrapper is a bit lighter than the blue-banded AF1. Aroma from the wrapper is medium-plus with sawdust, leather, maybe some chocolate or citrus—it’s a bit challenging to tell depending on where I smell the cigar. More surprising is the foot, it’s mild-medium and has just faint hints of chocolate ice cream. Fortunately, the cold draw has a handful of flavors, a medium-plus mixture of strawberries, creaminess, lemon pie and chocolate. Nothing really stands out as the flavors are all super balanced. Somewhat concerning, each cigar has a slightly open cold draw and a lot more open than I’d expect a corona to be.

The AF2 starts with some dark chocolate, cinnamon and a bit of thick creaminess; one of the more harmonious starts to a cigar. Unfortunately, things dry out a bit. The creaminess is still there, though it’s now joined by an odd mixture of steak sauce and some lemon. Retrohales remind me of some egg noodles, kind of like plain lo mein noodles, along with oak, creaminess and at times, a smell that is like powdered Lipton iced tea. Flavor is medium-full, body is full and strength is medium-full. All three samples have an open draw, which forces me to smoke a lot quicker than I want to and certainly is affecting the flavor.

Those struggles continue into the second third of the Emilio AF2 Corona and oftentimes, I’m not winning the battle. One sample goes out and I start a series of touch-ups, which actually provides better flavor—as the cigar isn’t burning as hot—though I’m not sure that’s really the flavors the cigars intends on providing. For the other two cigars, the profile gets much earthier, with some ketchup-like sweetness, leather, saltiness and on the back of the throat, black pepper. Retrohales are better with burnt coffee, popcorn and a restrained sweetness that is similar to blood orange bitters. Flavor is full, while bloody and strength are both medium-full. I’m pleasantly surprised that the profile shifts to a nice thick, buttermilk creaminess. There’s still earth and there’s still saltiness, but the creaminess is dominant. Retrohales are entirely different—both from the second third and the current flavors in the mouth—just kiwi sweetness. Up until this point, the Emilio’s finish was pretty much identical to the other flavors, but that’s decidedly different in the final third: now dominated by sourdough bread. Flavor is full, body and strength are medium-full. All three cigars that I smoked had draws that were loose, which meant quicker puff rates to keep the cigar from going out and those quicker puffs meant a harsher profile. As such, I'm not really sure how this cigar is supposed to taste, but I'm guessing with a better draw it's probably a lot more vibrant. The flavors—the individual types of them—are there, but the AF2 Corona was harsher than I would have liked. Next time I see one on the shelf I'll pick one up and smoke it to see if I can end up with a different experience because for now, I'm not really sure what to make of it.