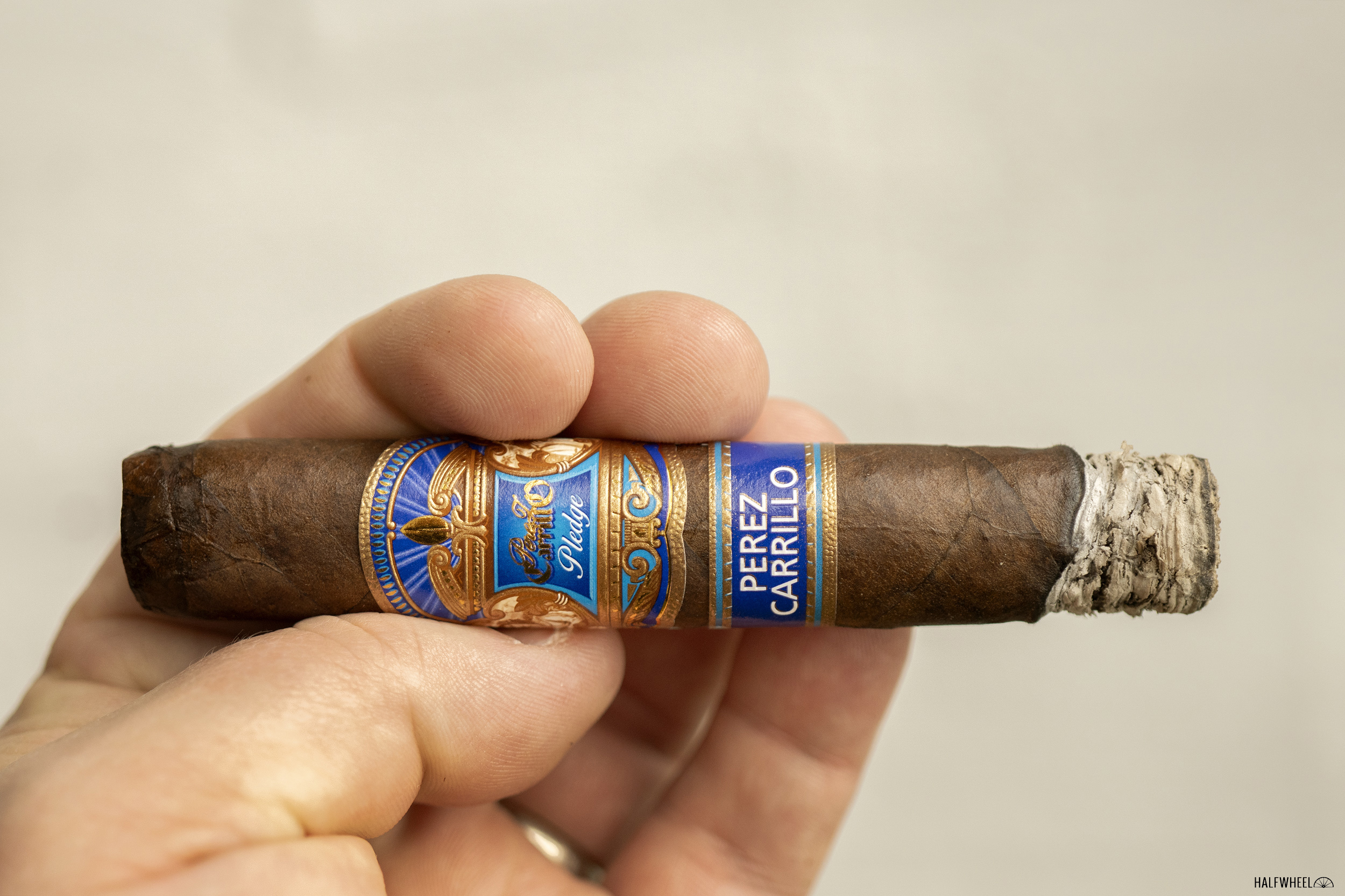 Following the La Historia and Encore brands—which were introduced in 2014 and 2016 respectively—Pledge debuted as a two vitola line that began shipping to retailers in September. Made at the company’s factory in Santiago, Dominican Republic named Tabacalera La Alianza S.A., the new line incorporates a Connecticut habano wrapper covering an Ecuadorian binder and filler tobaccos grown in Nicaragua.

Both the 5 x 50 Prequel and 6 x 52 Sojourn are packaged in 10-count boxes, and while they are also both regular production cigars, E.P. Carrillo shipped only 1,250 boxes of each viola when they debuted.

However, there is more to the new blend than meets the eye, as the company announced another dimension to the release. Specifically, a contest that would run as part of the launch whereas lucky purchasers could find a band of either the Sojourn or Prequel signed by Ernesto Perez-Carrillo Jr. There are six signed bands on samples of each vitola and each band that is found will allow the winner to receive a Pledge-branded 75-count humidor as well as cutter and lighter set. 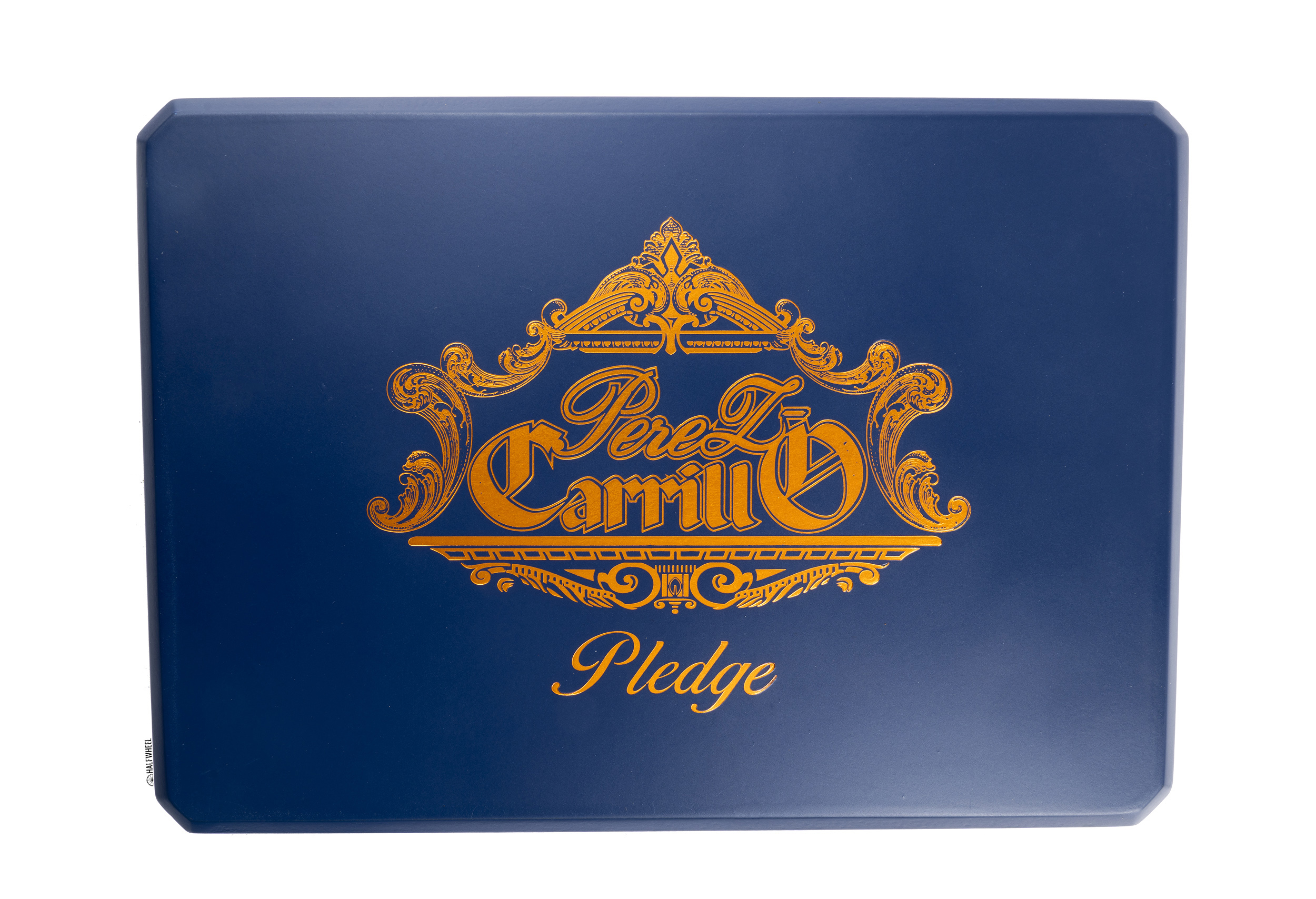 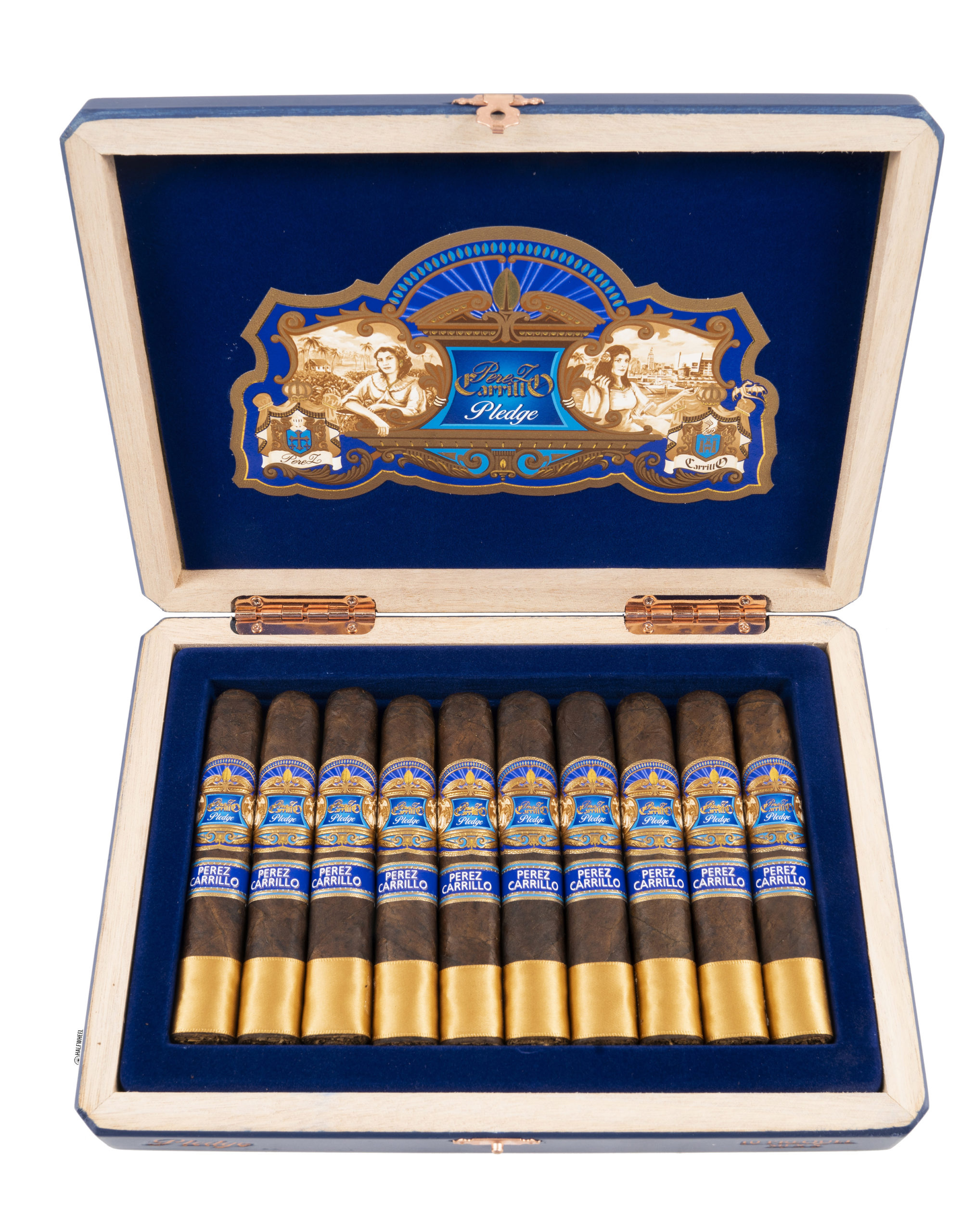 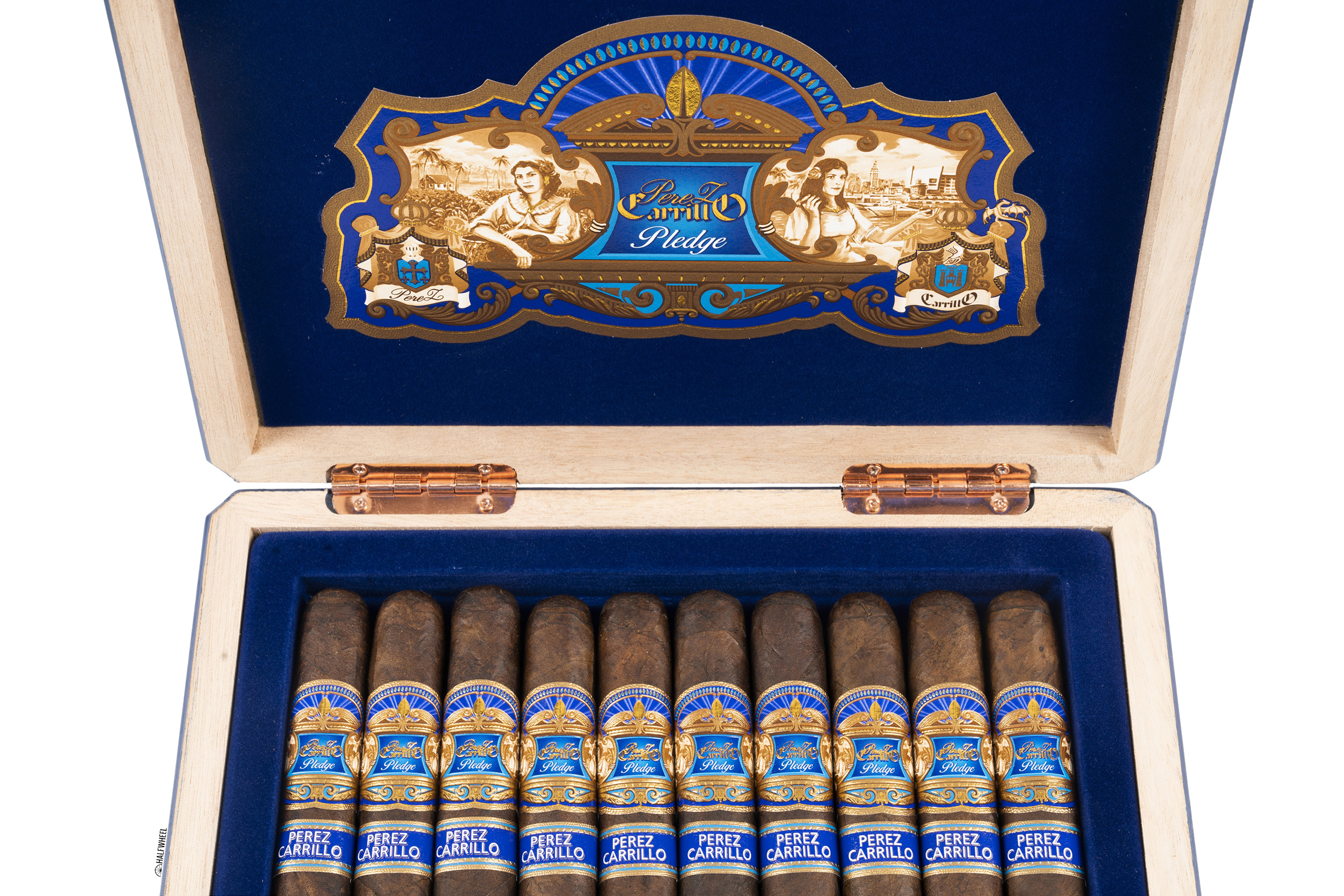 There are currently two vitolas in the Pledge line. 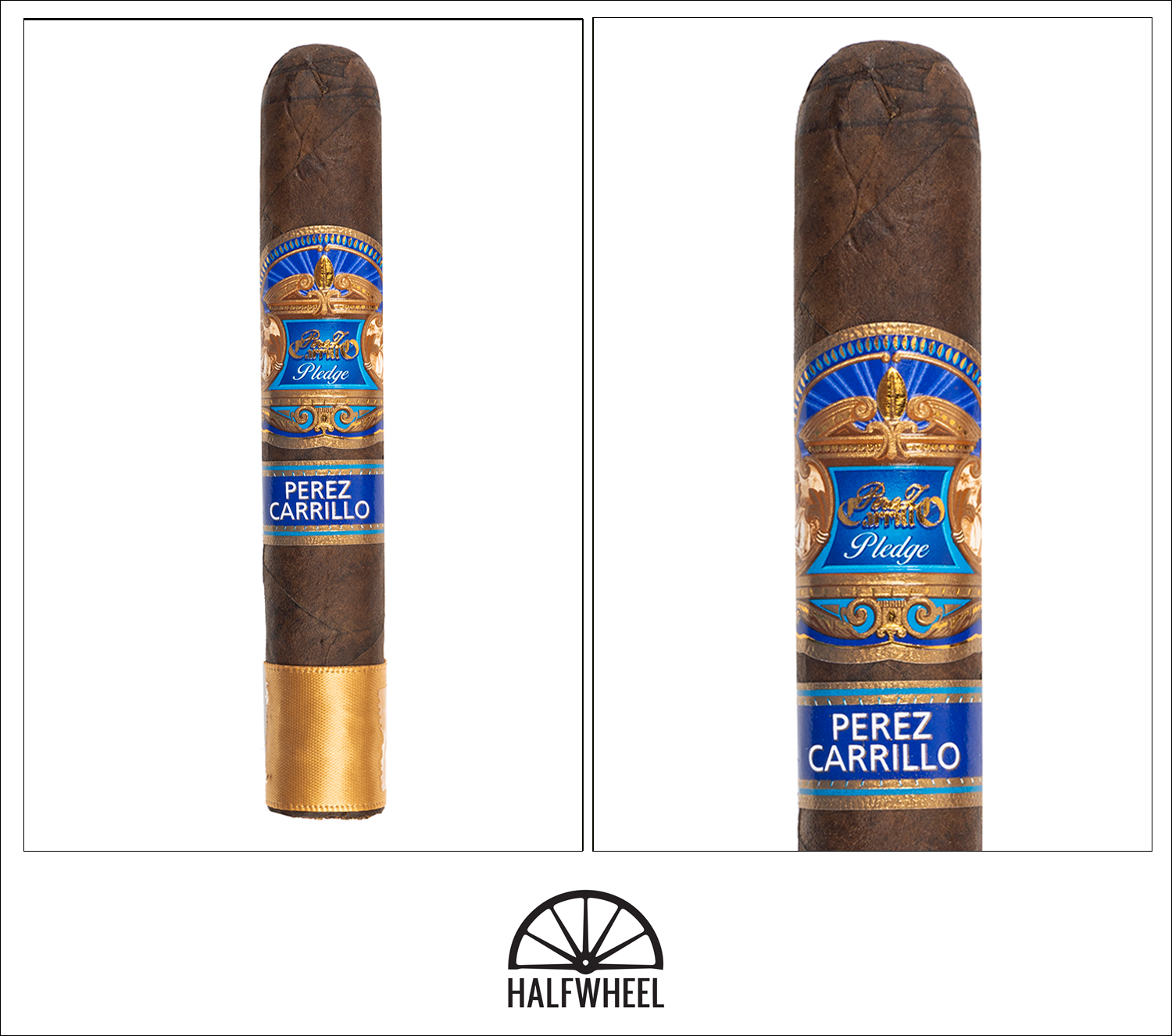 Visually, the E.P. Carrillo Pledge Prequel is not hard to pick out of a lineup, with its soft box-press, dark espresso brown wrapper and a number of very obvious veins running up and down its length. There is also quite bit of oil present and all three cigars are just short of rock hard when squeezed. Aroma from the wrapper and foot is a combination of strong cocoa nibs, milk chocolate sweetness, leather, creamy cedar, hay, barnyard and almonds while the cold draw brings flavors of cocoa nibs, bitter espresso beans, gritty earth, leather tack, hay, nuts and slight vanilla bean sweetness.

The first third of the E.P. Carrillo Prequel starts with a bang, large amounts of both spice on my tongue and black pepper on the retrohale threaten to overwhelm any flavors that might be present. Thankfully, both die down fairly quickly, leaving behind a dominant combination of creamy cedar and cocoa nibs, followed by notes of leather, earth, bread, peanut shells, espresso beans and hay. There is also a noticeable caramel sweetness on the retrohale, as well as some generic vegetal that comes and goes on the finish. Construction-wise, the burn is almost razor sharp and the draw features just the right amount of resistance after a straight cut, while smoke production is well above average off of the foot. In terms of strength, the Prequel starts out fairly mild and while it does increase noticeably, it only gets to a point closer to medium than mild by the end of the third.

As the second third of the E.P. Carrillo Pledge Prequel starts, the caramel sweetness on the finish begins to fade into the background, while the spice on my tongue as decreased noticeably as well. In addition, the generic vegetal note on the finish has become distinct enough to remind me of asparagus, but it is not even close to strong enough to overtake the still dominant flavors of creamy cedar and cocoa nibs. Additional notes of leather, bitter espresso, toast, hay, cinnamon, peanut shells and a touch of floral flit in and out in various amounts, while the black pepper on the retrohale continues along its same path. In terms of construction, both the burn and draw continue to impress, while the smoke production continues to be both copious and dense. The overall strength increases a bit by the end of the second third, coming very close to the medium mark and still rising. 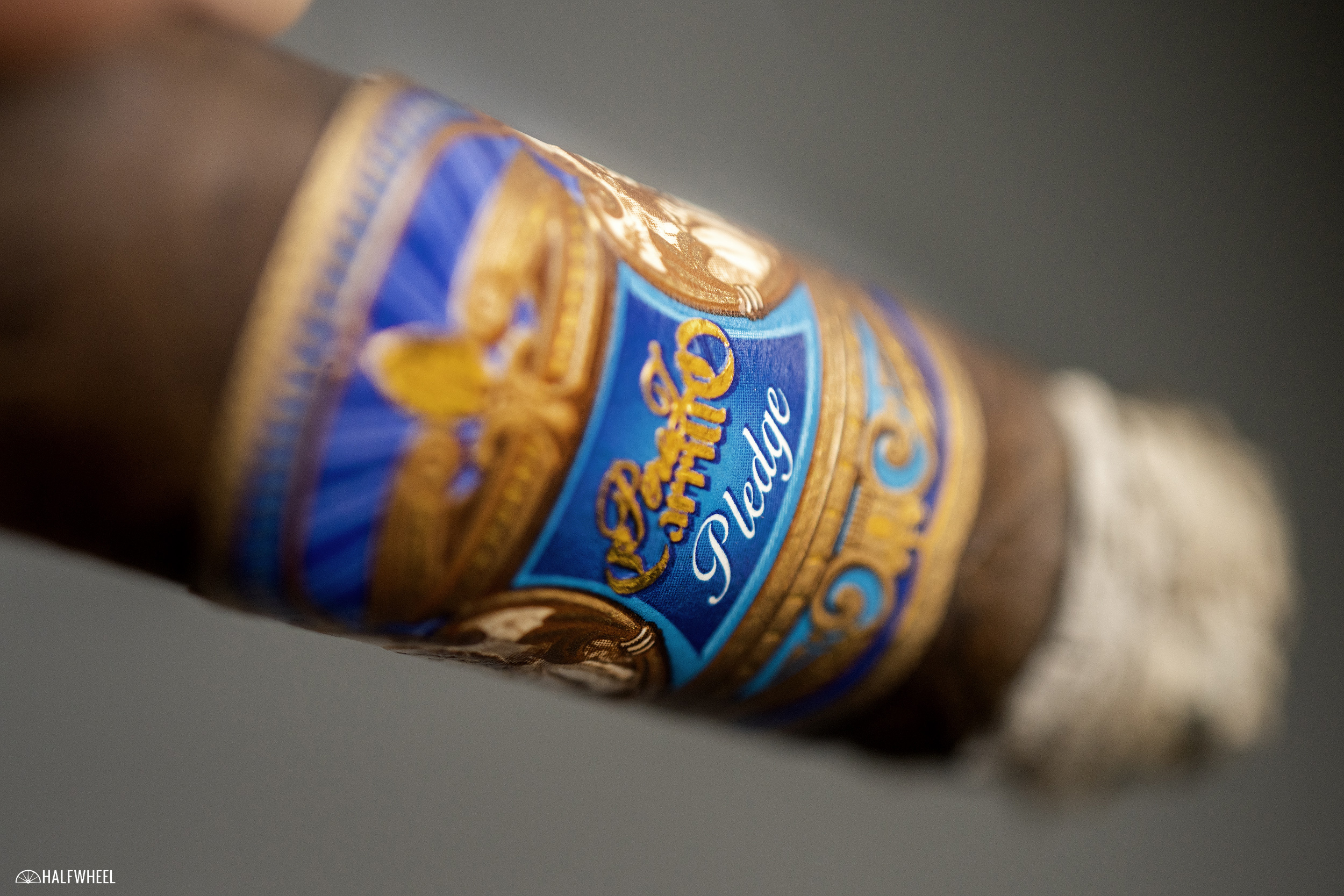 There are a few major changes to the profile during the final third of the E.P. Carrillo Pledge, although that list does not include the dominant flavors, which remain the familiar combination of creamy oak and cocoa nibs. Having said that, the asparagus on the finish seems to be fading while the caramel sweetness on the retrohale seems to be increasing. In addition, both the spice on my tongue and the black pepper on the retrohale seem to have gained a bit of new life. The burn has started to waver a bit, but it is not bad enough for me to actually pull out my lighter, and the draw continues down its excellent path. Finally, while I am not surprised when the strength easily passes the medium mark early in the final third, it seems to stall just past that point, ultimately failing to increase much more by the time I put the nub down with a bit more than an inch remaining. 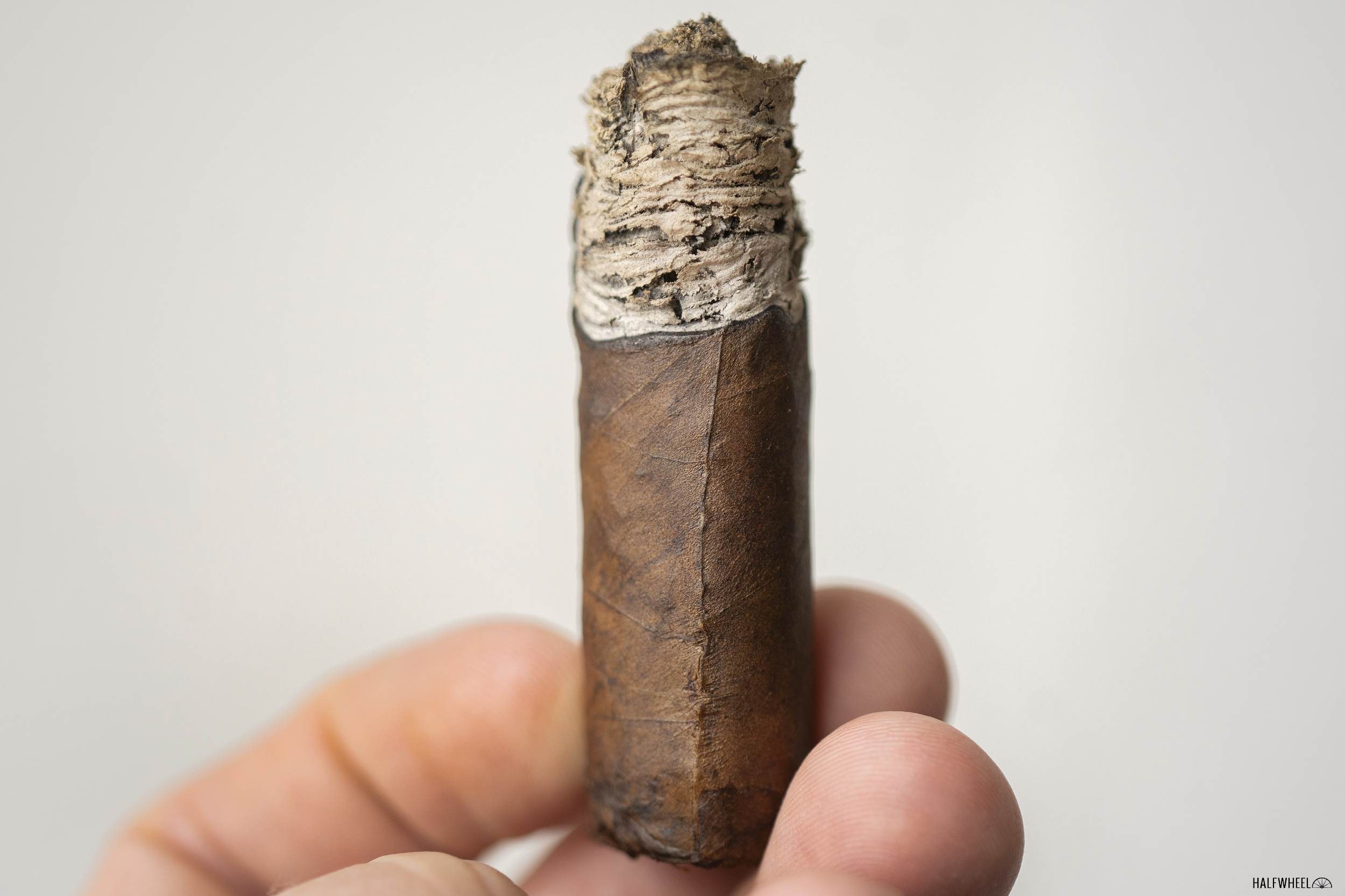 After a somewhat surprising start of aggressive spice and pepper, the E.P. Carrillo Pledge Prequel dialed its profile back enough to show off what it had under its hood. While the resulting profile was a bit more linear than I would like, both the cocoa nibs and creamy cedar notes that dominate the profile combine very nicely with the caramel sweetness that is also present, and there are a number of fleeting notes like asparagus and cinnamon to keep things interesting. Throw in the construction that was just short of amazing on all three samples and a shorter smoking time, and you end up with a great choice for when those are looking for a stouter cigar that will not take up too much time.