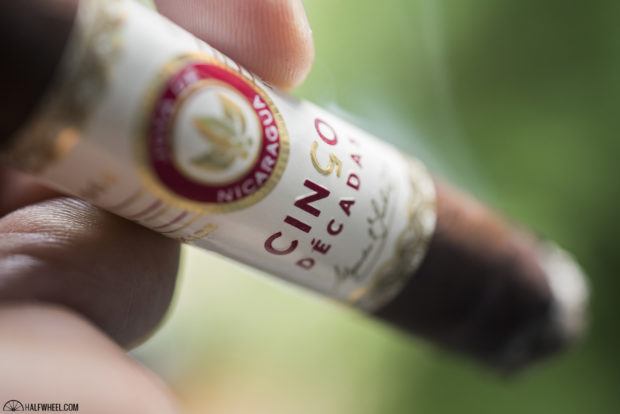 Two of the most notable brands in the business—Davidoff and Macanudo—are celebrating their 50th anniversaries, as is Nicaragua’s oldest cigar company: Joya de Nicaragua. Five years ago, Joya celebrated its 45th anniversary in style with a new look that would very much define the modern Joya de Nicaragua. That cigar was called Cuatro Cinco, four five.

For its 50th anniversary release, the company once again opted for a name a bit more interesting than simply 50 Aniversario, going with Cinco Décadas, five decades. It debuted in a pair of sizes: Diadema (6 x 54) and El General (7 x 50). The company says these were amongst the first two sizes rolled by the factory when it opened in 1968. 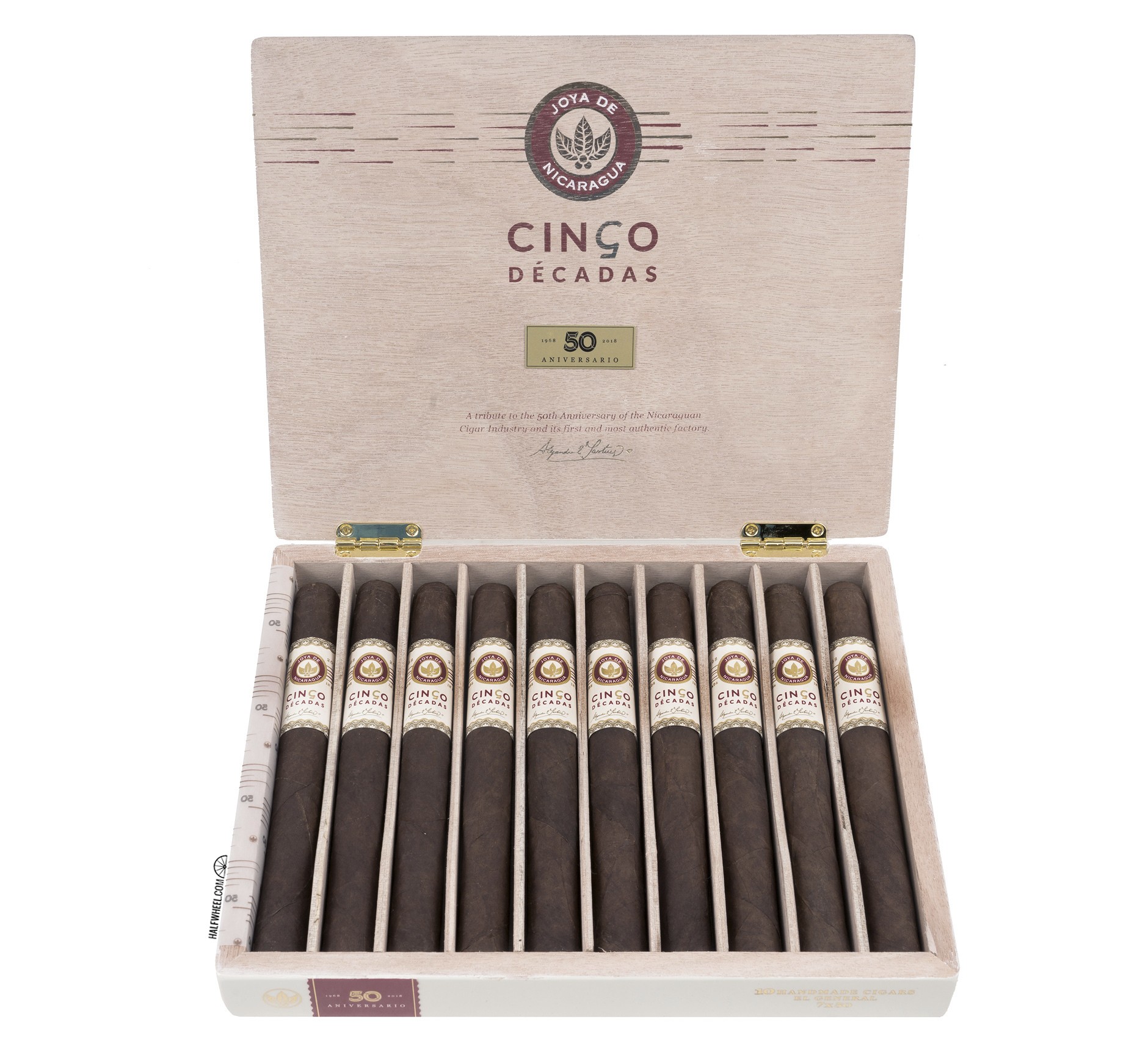 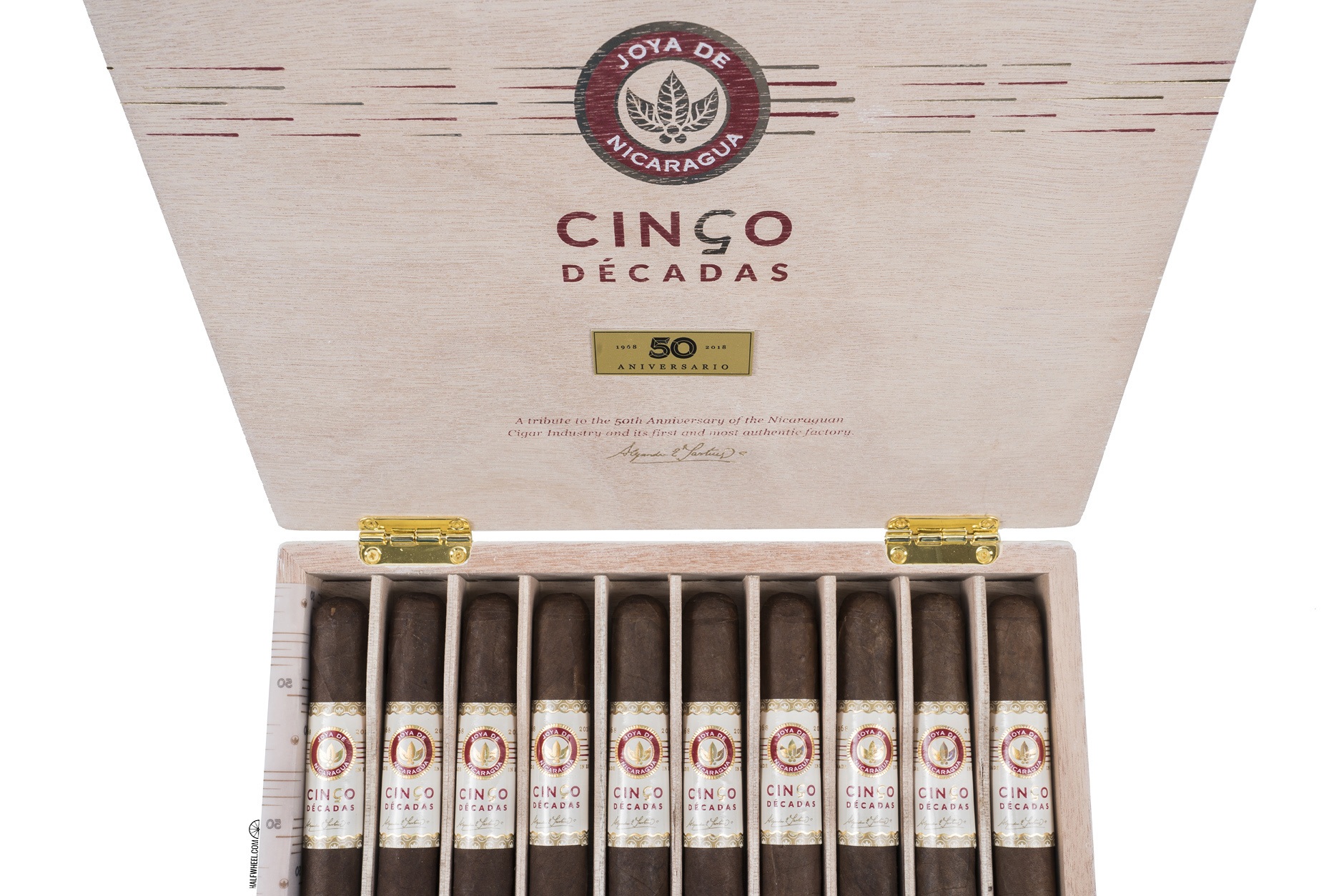 As for the blend, Joya de Nicaragua isn’t disclosing it in detail, though the company has said it uses some of its best Nicaraguan tobacco, selected just for this project. 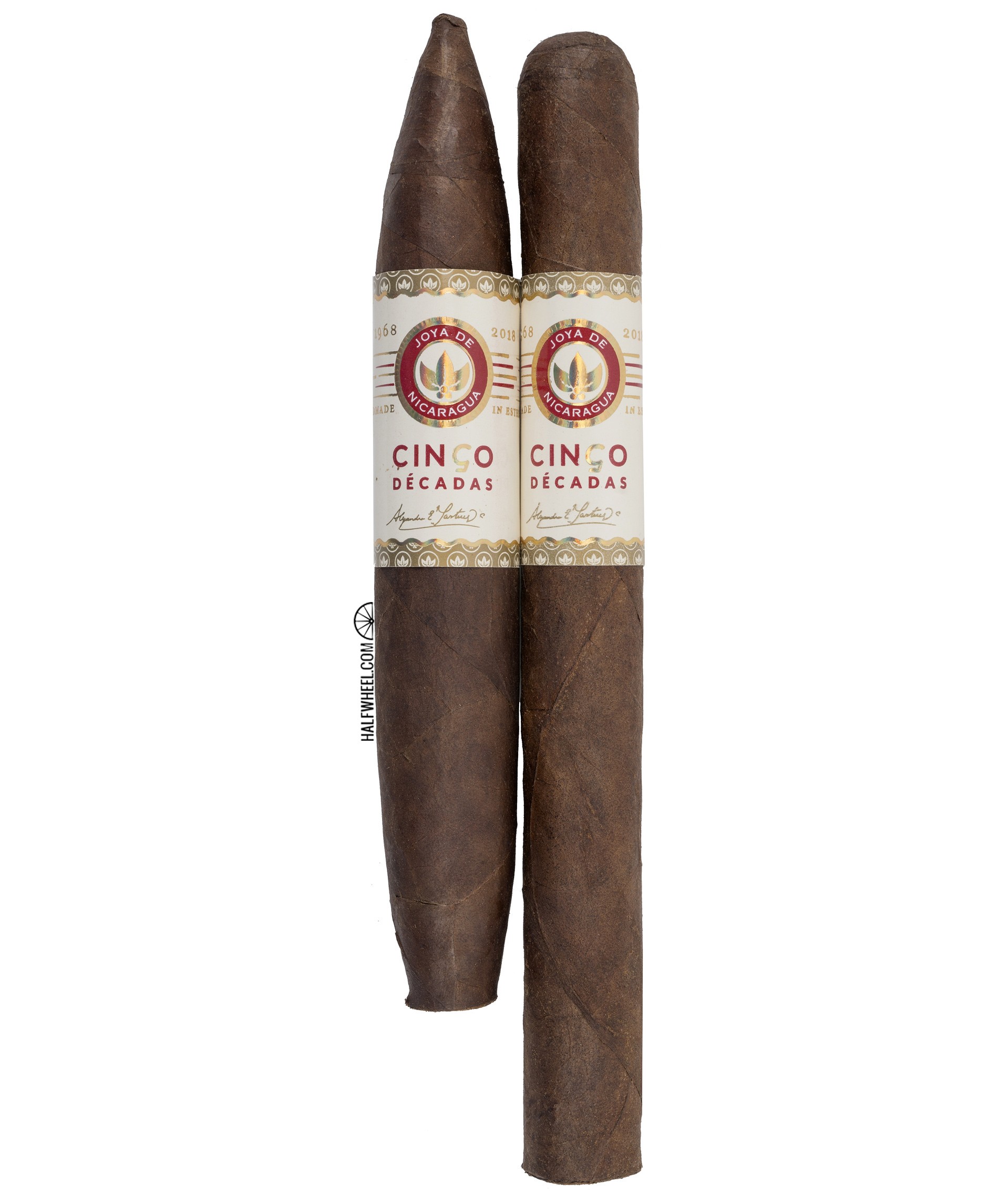 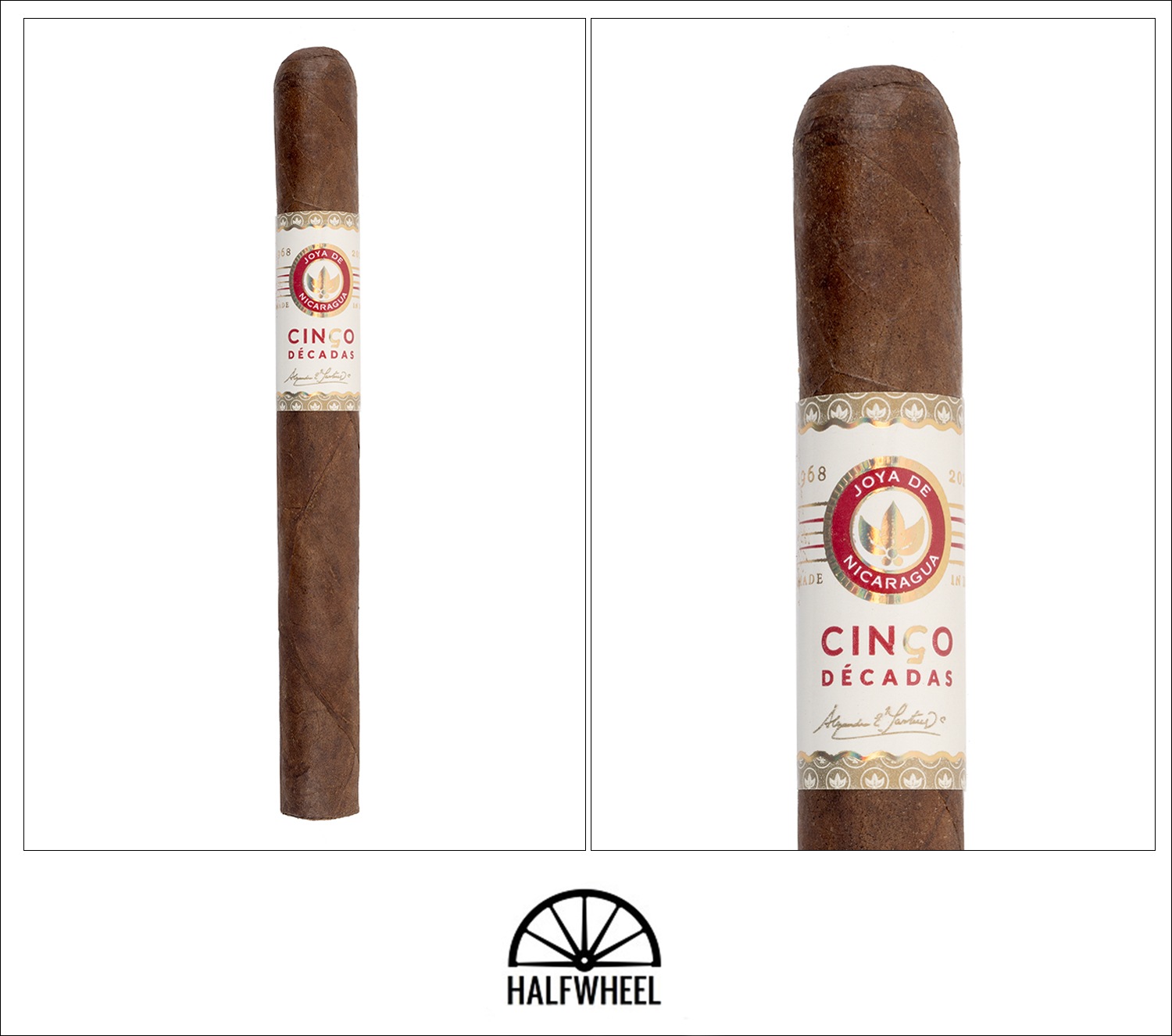 The cigar seems a bit thinner than the 7 x 50 it is listed at, though I didn’t bother to actually measure it. Aroma off the wrapper is creamy with some nuttiness, but it’s certainly been reduced as the cigars have been stored out of cellophane for weeks. The foot reminds me of marinara sauce thanks to an enjoyable combination of a tomato sweetness, spice and some herbs. Behind that there’s a bit of gingerbread. The cold draw is sweet with caramel candy, cherry and some blueberries. It’s complex, though only about medium-plus in terms of intensity.

While the first few seconds are somewhat pedestrian—earthiness and some walnuts—shortly after that some blueberry sweetness add itself to the mixture before pepper hits the palate. Once again, it’s pretty complex, though only medium-plus in intensity. The latter changes as the flavor becomes full with burning cedar in the mouth over top of some burnt bread and touches of spice and oregano. Through the nose there’s some blueberry sweetness and butter, though it’s overwhelmed by the flavors in the mouth. The draw is open, which leads to a much faster puffing rate, but the burn is slow and the ash flaky. Smoke production is great and only one cigar needs a touch-up, a result of an uneven burn. 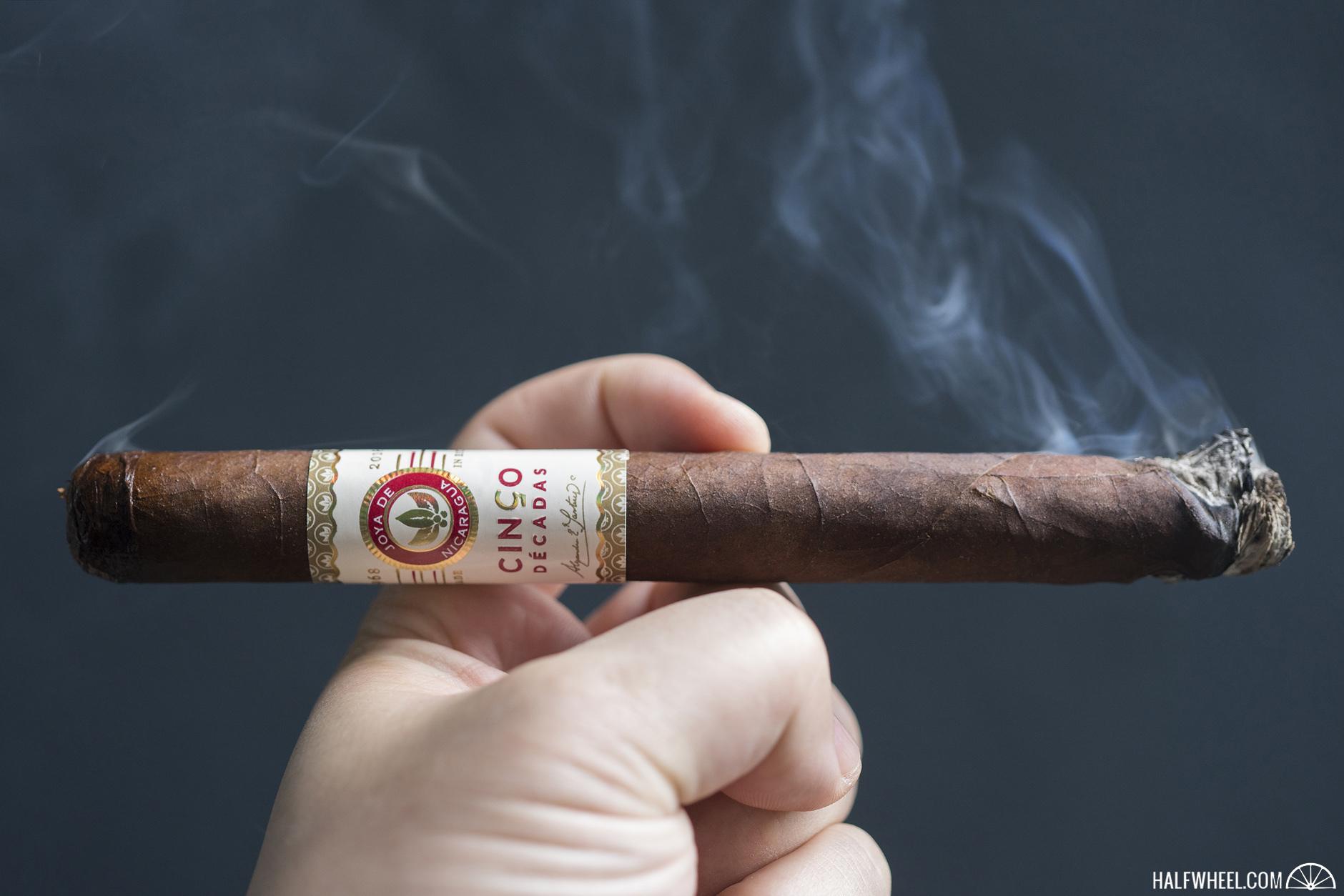 There’s a lot of smoke and the Joya de Nicaragua is still burning slow, so there’s a lot of time for me to pick out different flavors. In the mouth, the cedar is still present, though reduced, and is now joined by an increased amount of burnt earth, some raw sugar and buttered bread. The retrohales are quite sweet with blueberry now the main flavor on top of some store-bought black pepper. It’s pretty clear by the halfway point that the delicacy and smoothness of the flavor is not what it was during the first third, though it’s still good. Flavor is full, body is now full and strength is medium-plus. The draw is a bit better and construction is otherwise fine as far as things I would deduct points for, but the cigar is just burning at an incredibly slow rate. 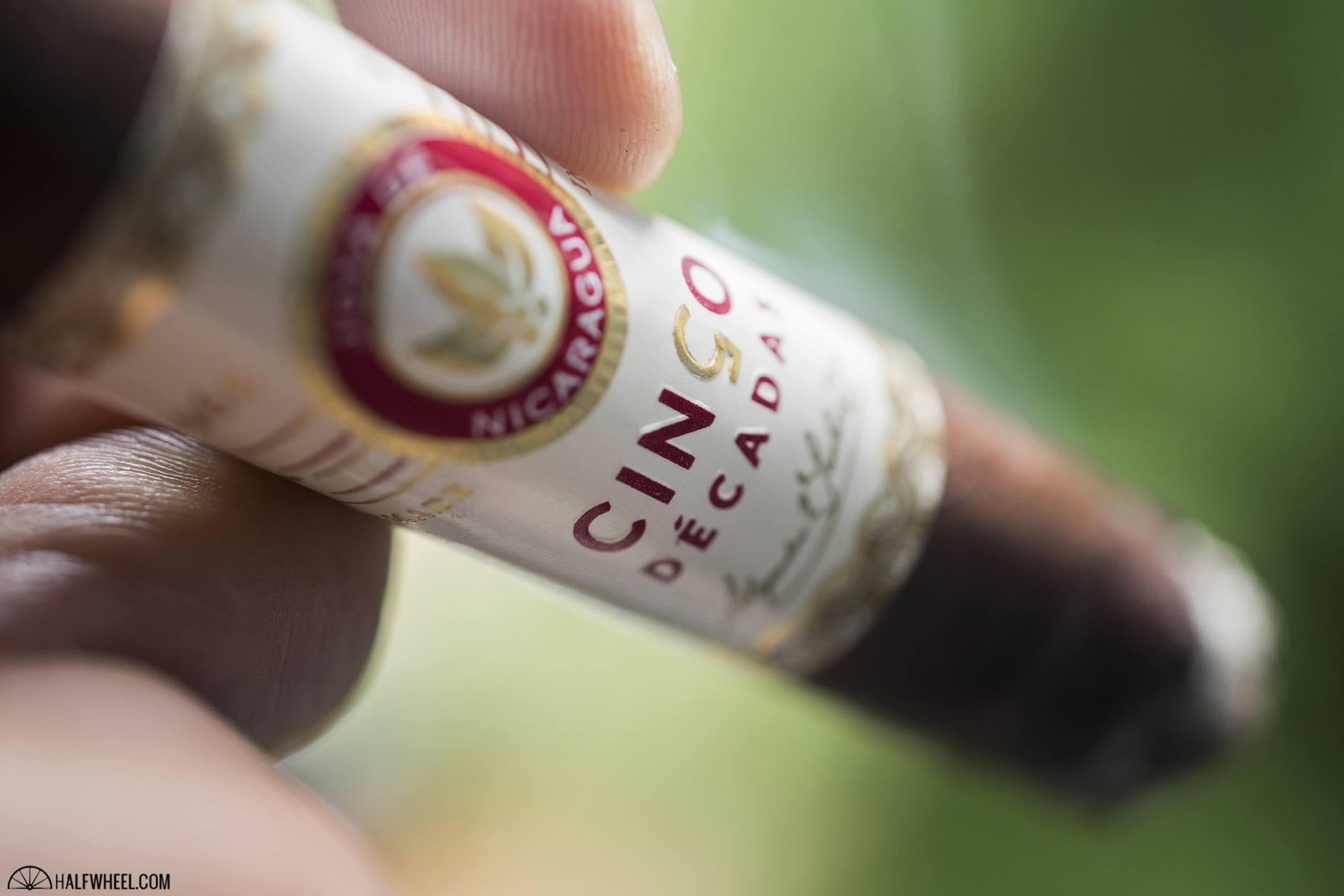 The Joya de Nicaragua Cinco Décadas El General’s final third is much creamier than either of the first two thirds. There’s a generic berry sweetness in the mouth, followed by some roasted cedar, though it quickly gets overwhelmed by the creaminess. Retrohales are sweeter with rhubarb and graham cracker, but even that’s challenging to separate from the onslaught of creaminess that comes. Flavor finishes medium-full, body is full and strength is medium-plus, though after smoking for over three hours I can feel the effects of the nicotine in my head. Once again, construction is fine though the cigar is burning epicly slow. 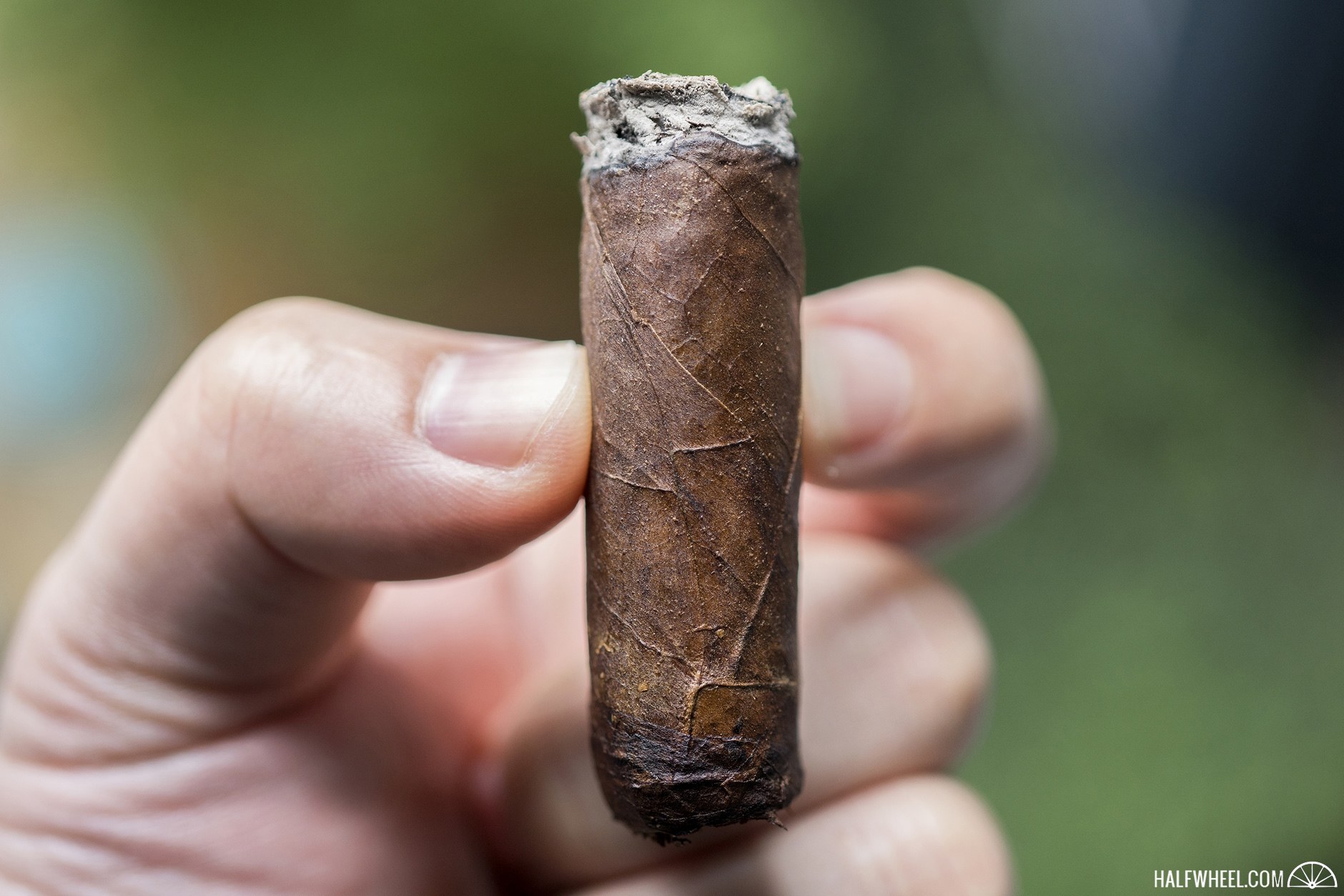 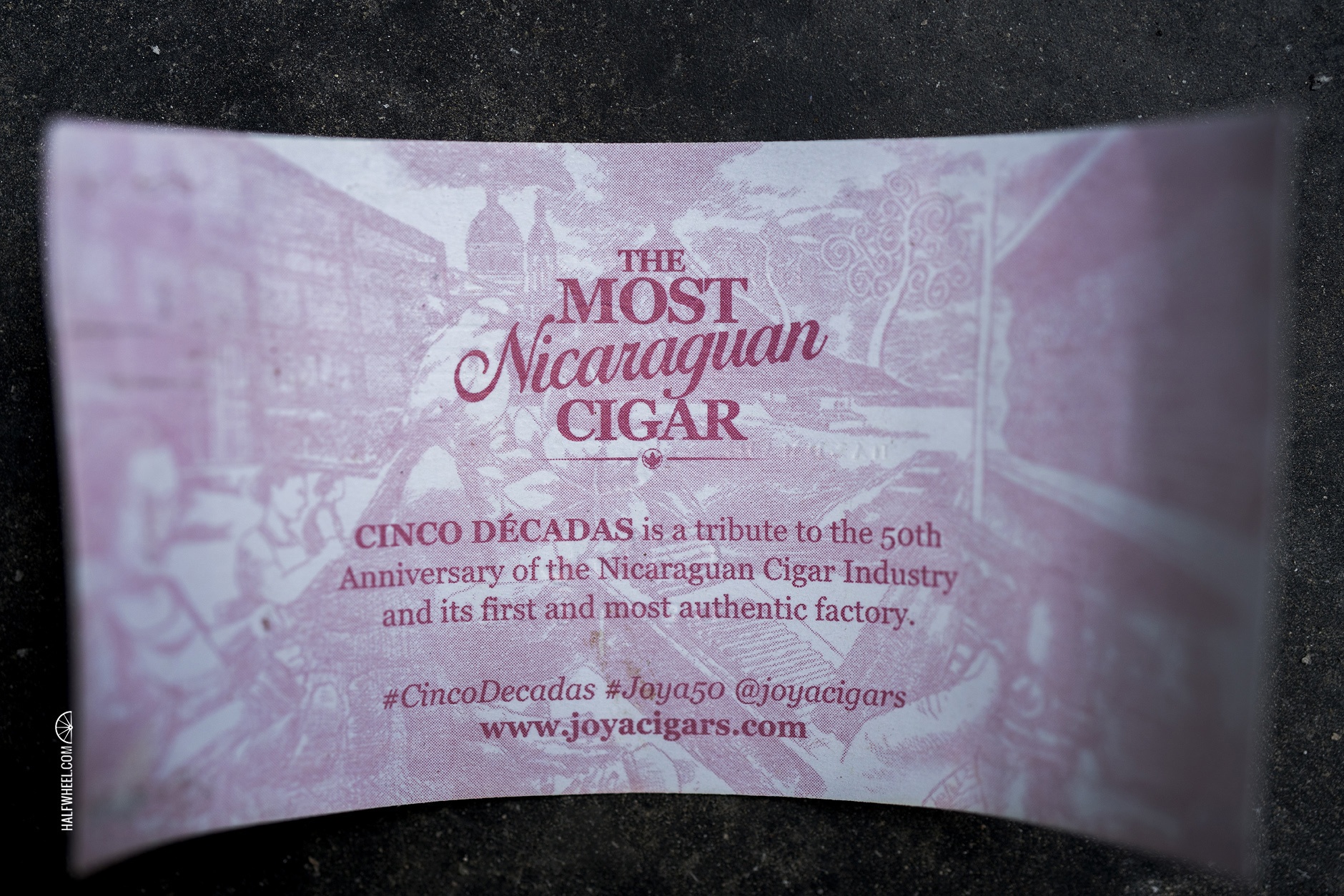 The Joya de Nicaragua Cinco Décadas is a cigar much more in line with what Joya de Nicaragua is than how it was being marketed in the U.S. For some time, it seemed like the company was getting described as one who makes very full cigars above everything else. While that might describe the Antaño family of cigars, the moniker didn’t suit much of the rest of what Joya makes. As for this particular cigar, it’s complex, detailed and smooth; a good cigar that took way too long to smoke. I’m looking forward to trying the uniquely-shaped Diademas, which hopefully can alleviate my one complaint with the cigar: time.