There have been a number of different cigars blended specially to enjoy with certain foods or drinks, but a new collaboration between Mombacho Cigars S.A. and Ron Diplomático takes that idea one step further. 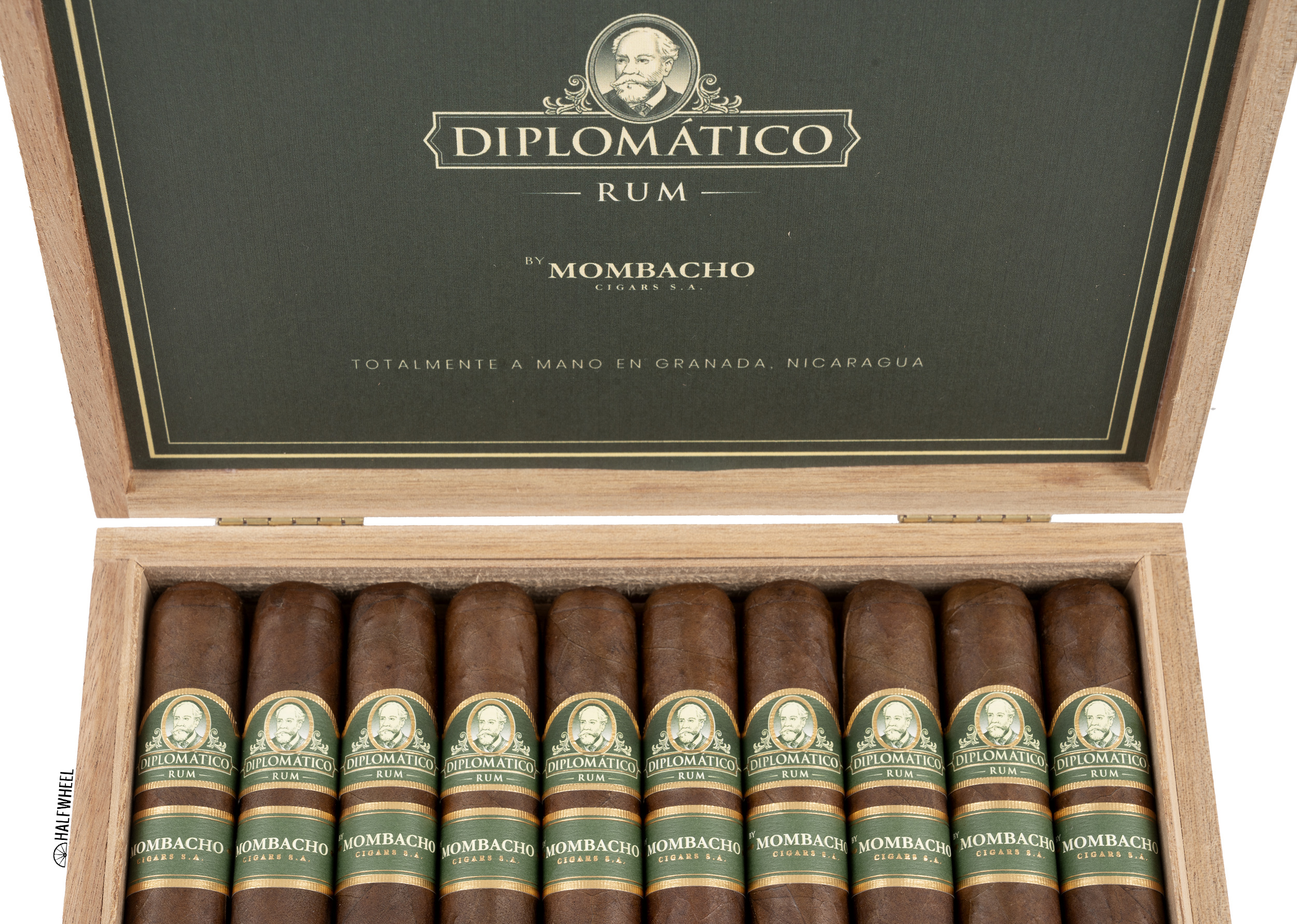 As the name suggests, the new Diplomático By Mombacho Cigars S.A. was blended to be paired with just one brand of alcohol, specifically Diplomático rum. However, the cigar is not flavored or infused in any way, nor was the tobacco aged in any sort of barrel, rum or otherwise.

Blend-wise, the new regular production line incorporates an Ecuadorian habano wrapper that covers a binder from the Jalapa region of Nicaragua as well as filler tobaccos sourced from three of Nicaragua’s growing regions: Condega, Estelí and Jalapa.

The new line launched in three different vitals, all of which are packaged in boxes of 10 cigars. In addition, both Diplomático and Mombacho are contributing a portion of the proceeds from the sale of the cigars: Mombacho will be contributing to Carita Felíz Kinder, a non-profit organization that helps children in need in the company’s home city of Granada; while Diplomático will be donating to the I Love Venezuela Foundation, a non-profit organization in Venezuela where the rum is produced. 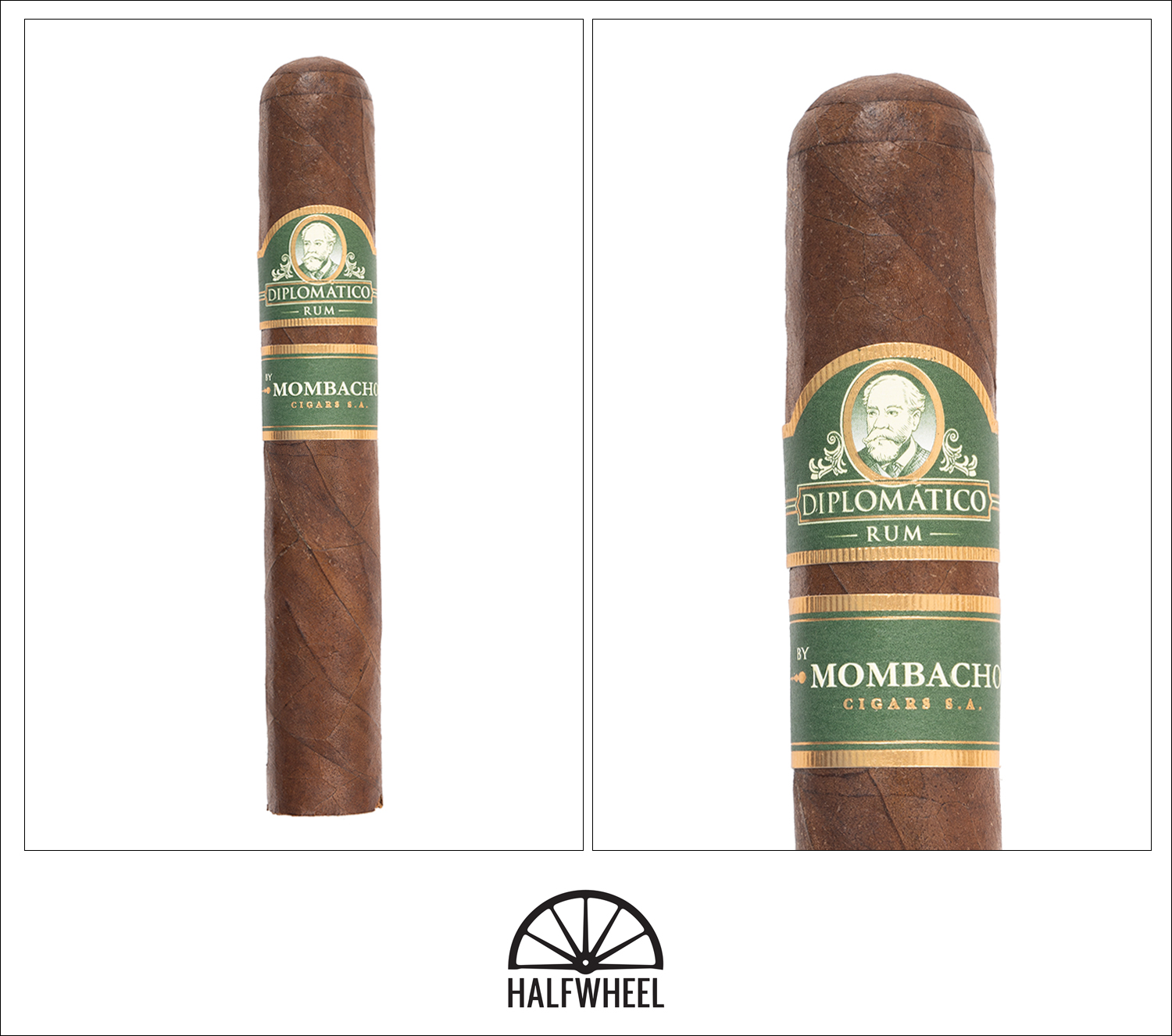 If you have even a passing knowledge of Diplomático rum—specifically the green bottle Diplomático Reserva Exclusivo—then the color of the band will probably look very familiar to you, as it is basically the same green color from the rum bottle.  Once you get past that, you notice that the cigar is covered in an extremely attractive dark espresso brown wrapper that is both silky and supple smooth to the touch due to the copious amounts of oil that is present. The cigar is very hard when squeezed—just short of rock hard—and unsurprisingly, feels very dense in your hand when held. Aroma from the wrapper is a combination strong creamy oak, earth, leather, sweet manure, almonds and raisins while the cold draw brings flavors of earth, sawdust, leather, aged oak, peanut shells and raisin sweetness.

Starting out, the Diplomático By Mombacho features both a significant amount of spice on my tongue as well as a very distinct dominant flavor of aged oak, followed by notes of toast, leather, espresso beans, earth and hay. There is also a very obvious raisin sweetness that seems to be pulled directly from the cold draw that is present on the retrohale. Smoke production off of the foot is well above average, while the draw is excellent after a straight cut, but the cigar has to be touched up a couple of times to keep from getting out of hand. Strength-wise, the robusto starts off firmly in the mild camp but manages to creep closer to the medium mark by the time the first third comes to an end.

Thankfully, the Diplomático By Mombacho has a number of positive changes in the second third, most notably in the dominant flavor, which has switched to an obvious dark chocolate note that replaces the aged oak—although the latter is still very much present—followed closely by flavors of almonds, espresso beans, leather, sawdust and hay. There is also a major change in the raisin sweetness on the retrohale, which is increasing in strength as the second third burns down, replacing the black pepper in the profile. In addition, the spice that was so obvious in the first third is long gone by the time the burn line hits the halfway point, never to return. Construction-wise, the draw continues along its excellent path and the burn has evened up nicely, while the amount of smoke emanating from the foot is still a bit above average. In terms of strength, while the Mombacho has increased noticeably compared to the first third, it still ends up just a bit short of medium by the end of the second third. The final third of the Diplomático By Mombacho is quite similar to the second third, especially the dominant flavor, which remains a very distinct dark chocolate note, with notes of almonds, earth, leather, sawdust, baker’s spices and a touch of toast bringing up the rear. In addition, although it remains exclusive to the retrohale, the raisin sweetness continues to play a major part in the profile and is still combining with a decent amount of black pepper that is present as well. In terms of construction, the cigar continues to feature a wonderful draw, while the and a burn is far from razor straight, but also far from being enough of an issue to need attention with a lighter. Finally, although the strength continues to increase slightly until the end of the cigar, it barely reaches the medium mark by the time I put the nub down with about an inch to go. Whenever I hear about a cigar that was blended specifically to be paired with certain foods or drinks, I am always a bit skeptical: what happens to the profile when the person smoking does not enjoy the cigar with the intended pairing? While there is no doubt that the profile changes for the better when paired with Diplomático rum—at least for me, the sweetness in the blend is enhanced significantly, something that the cigar sans rum is lacking in the first third—there is also no doubt that the cigar blend is good enough to stand on its own. Having said that, although the burn and smoke production were excellent, each of the samples did have to be touched up at least once. In the end, I can easily recommend trying the Diplomático By Mombacho Cigars S.A. on its own, I would definitely make a point to try it with Diplomático Reserva Exclusivo rum as well if the time allows.