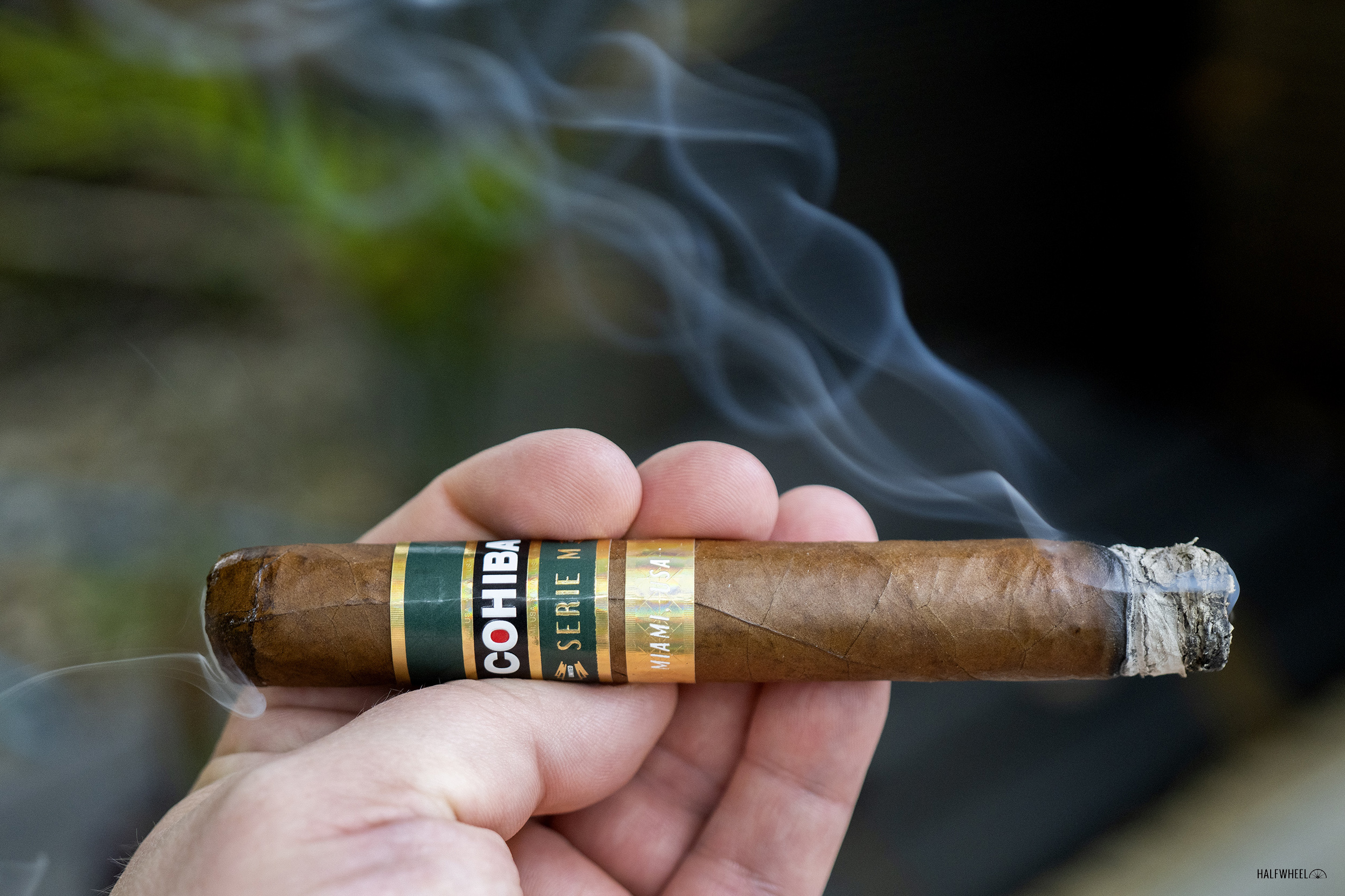 There is no brand quite like Cohiba. For whatever reason, the brand has garnered a cache that is unrivaled. While most of that is intended for the Cuban version of the brand, the non-Cuban version remains one of the most popular cigars in the U.S. market. Now, for the first time ever, there’s an American-made Cohiba.

Not only is the Serie M the first time that a Cohiba release has been made in the U.S., but it also happens to be the first time that General has worked with the El Titan de Bronze factory. Located in Miami’s Little Havana neighborhood—thus, the M in Serie M—El Titan de Bronze is home to many of the cigars enthusiasts would recognize, most notably the La Palina Goldie. 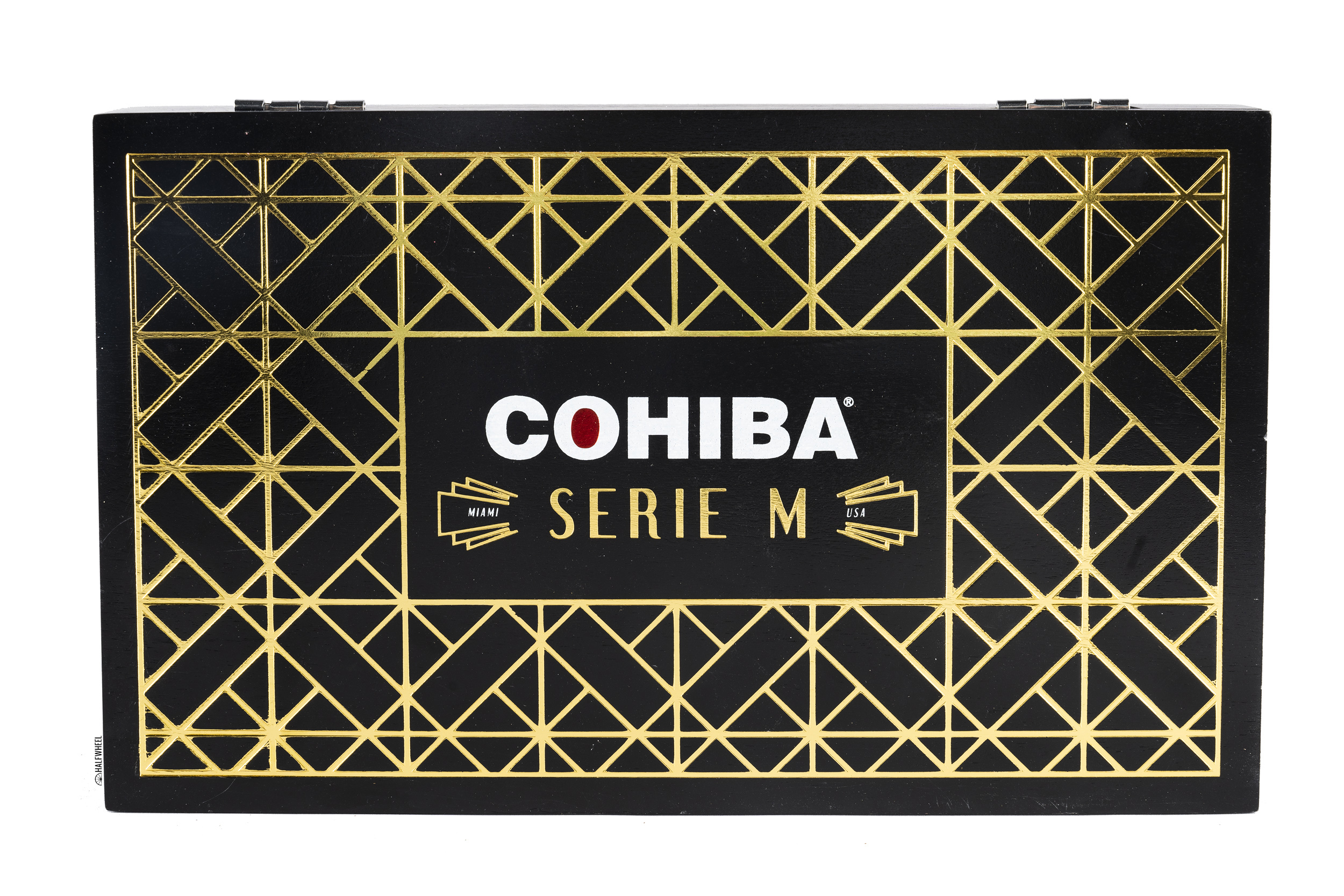 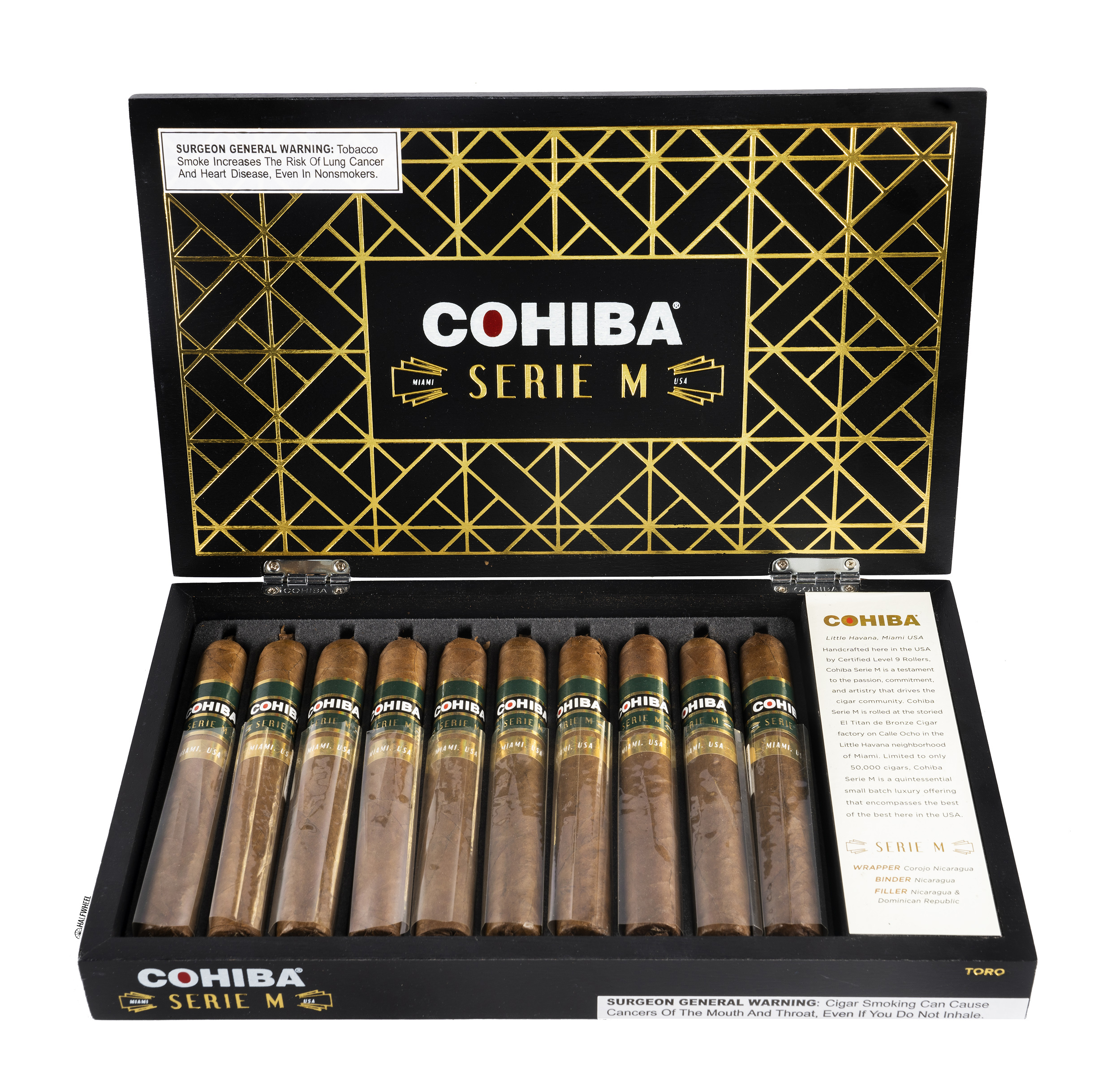 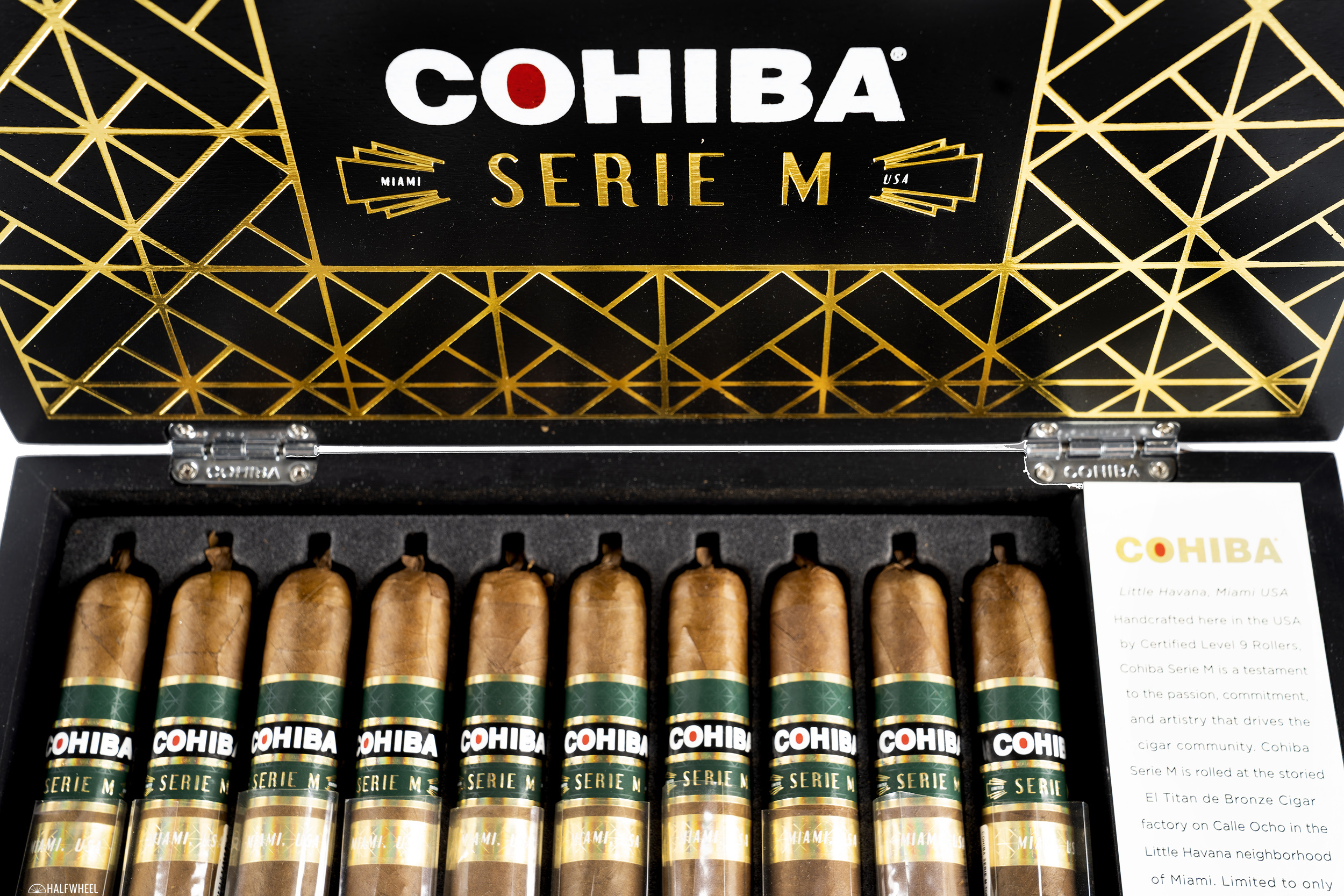 The blend making up the Serie M also includes a first for General, as it is the first time the Cohiba brand has incorporated a Nicaraguan corojo wrapper into one of its creations. Rounding out the blend is a Nicaraguan binder as well as the filler which is made up of Dominican piloto cubano tobaccos, as well as tobaccos from Estelí and Jalapa, Nicaragua. 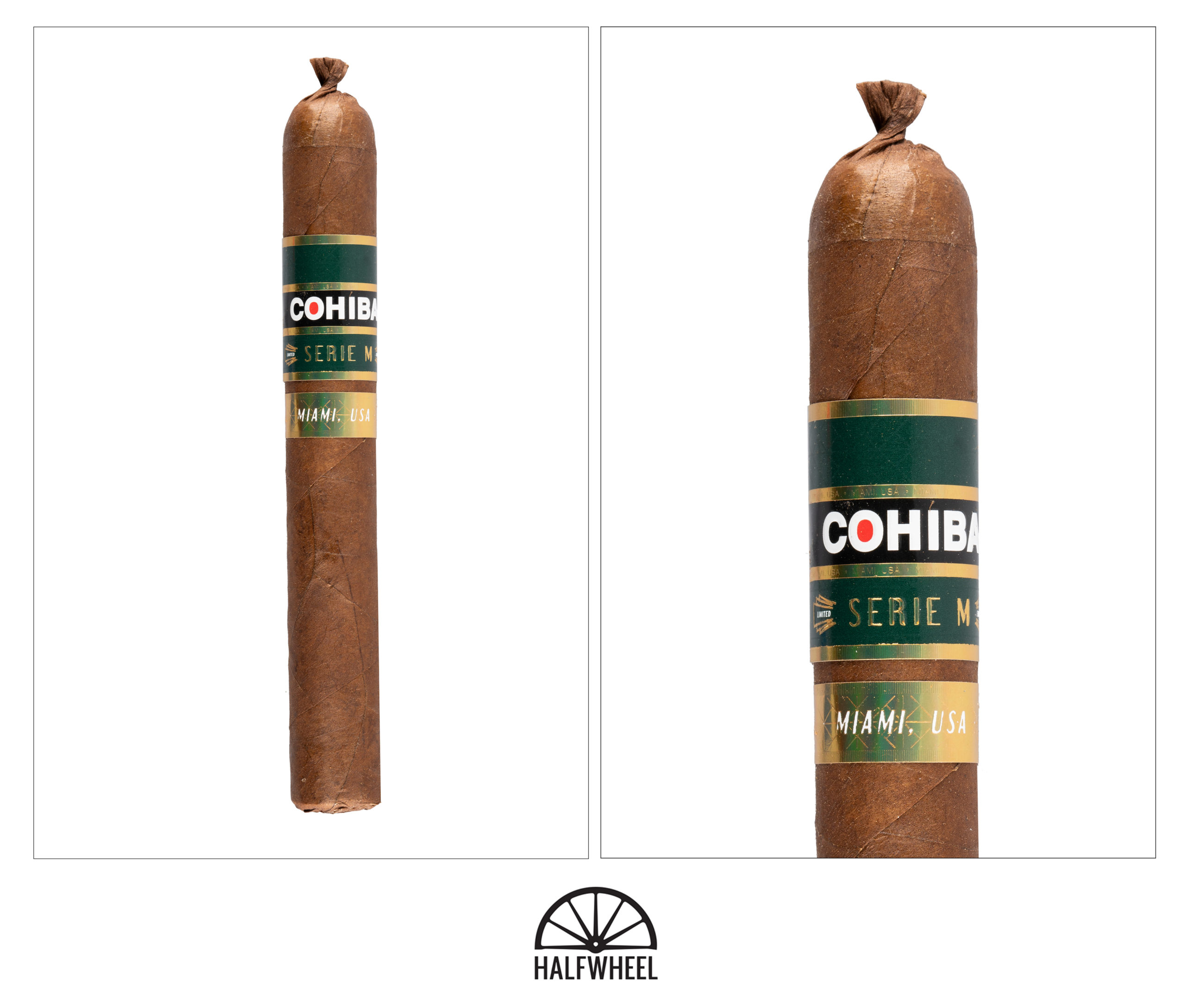 I have to say, the presentation is gorgeous, with the 1920’s inspired motif on the box lid opening to reveal 10 cigars, each nestled in their own individual cutout. The wrapper that adorns this cigar is a milk chocolate brown color and feels quite a bit like parchment, with very little tooth or oil present. Both the fantail cap and covered foot are well presented and the cigars are nicely firm when squeezed. The aroma from the wrapper includes notes of sweet almond paste, barnyard and tea leaves and the foot smells strongly of  earth and dark chocolate while the cold draw brings flavors of leather tack, gritty earth, pine, generic nuts, espresso beans and slight peppermint.

Starting out, the Cohiba M features not only some significant spice on my tongue but also noticeable black pepper on the finish, the latter of which almost overwhelms a very slight mint note that is also present. Flavors of creamy almonds and leather take the top spots on the palate—and the profile only gets creamier as the third burns down—followed by additional notes of cocoa nibs, hay, tea leaves, earth, pine and a slight floral flavor. There is a very nice caramel sauce sweetness on the retrohale that combines nicely with some white pepper, both of which seem to be getting stronger. In terms of construction, both the burn and draw are giving me no issues so far. The strength ends up well on its way to medium by the time the first third comes to an end.

There is more of just about everything in the second third of the Serie M, and that is a very good thing: more creaminess in the profile, more almonds and leather as the main flavors, and more caramel sauce sweetness on the retrohale as well. Secondary notes of pine, earth, dark chocolate, roasted espresso beans, hay, floral flavors and toast flit in and out in various amounts. Although the spice that was present in the first third has waned quite a bit, it is still strong enough to make an impact on the profile. Construction-wise, the draw continues along its excellent path while the smoke production is copious off of the foot. Although I have to touch up the burn once very quickly just after the halfway point, there are no issues after that. In terms of strength, the Cohiba has no problems reaching a solid medium by the end of the second third but seems to stall out there. Although the main flavors of creamy almonds and leather do not change in the final third of the Cohiba Serie M, there are a few other aspects that are quite different from the previous thirds. The caramel sauce sweetness on the retrohale recedes a bit from its high point around the halfway mark. Additionally, there are some new secondary flavors as well, including lemongrass and salted potato chips, both of which mesh together nicely with the already existing notes of cocoa nibs, earth, generic wood and espresso beans. Thankfully, the burn line evens up while the draw continues to be excellent. The strength makes enough of a surge near the end of the cigar to place it firmly between medium and full marks. 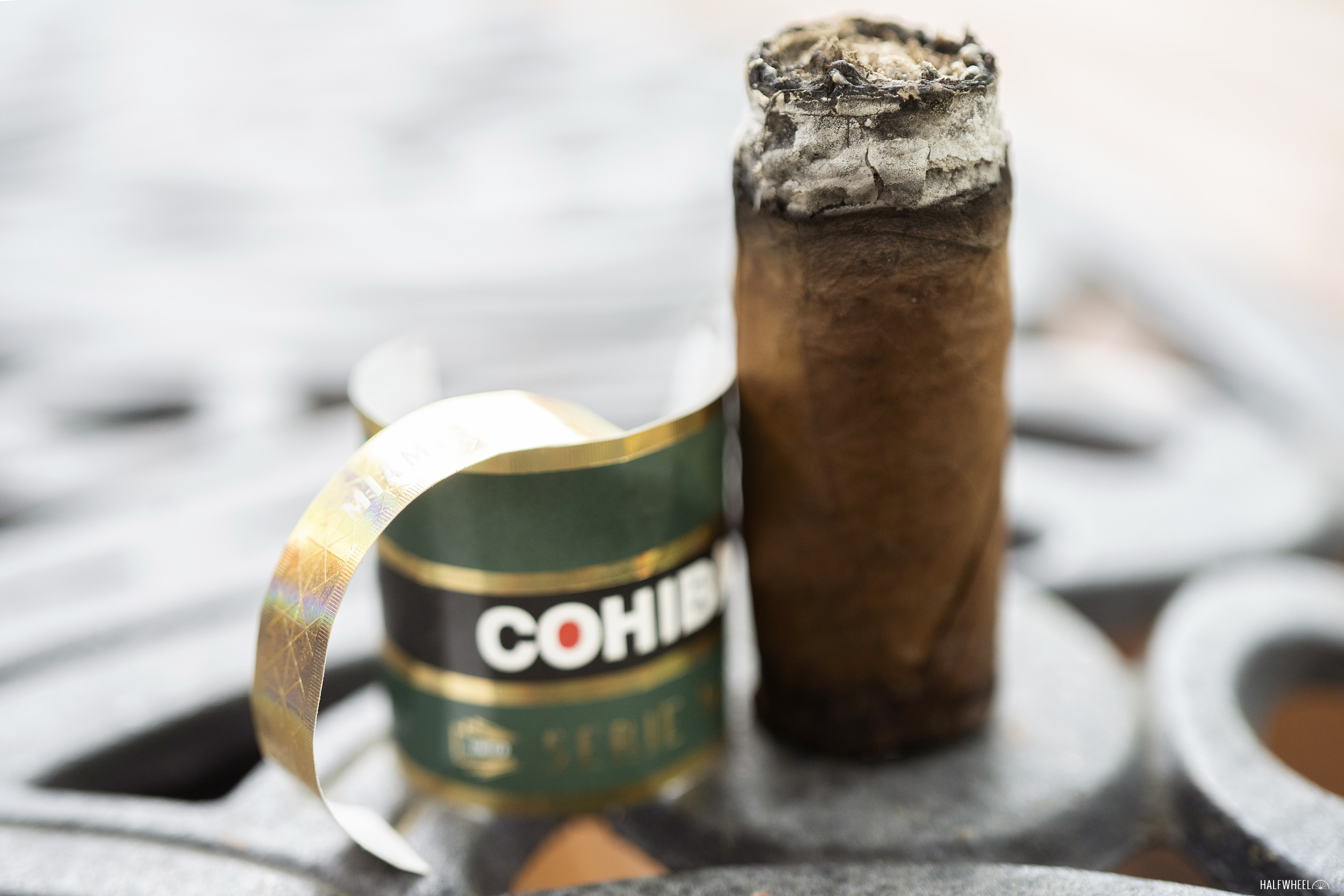 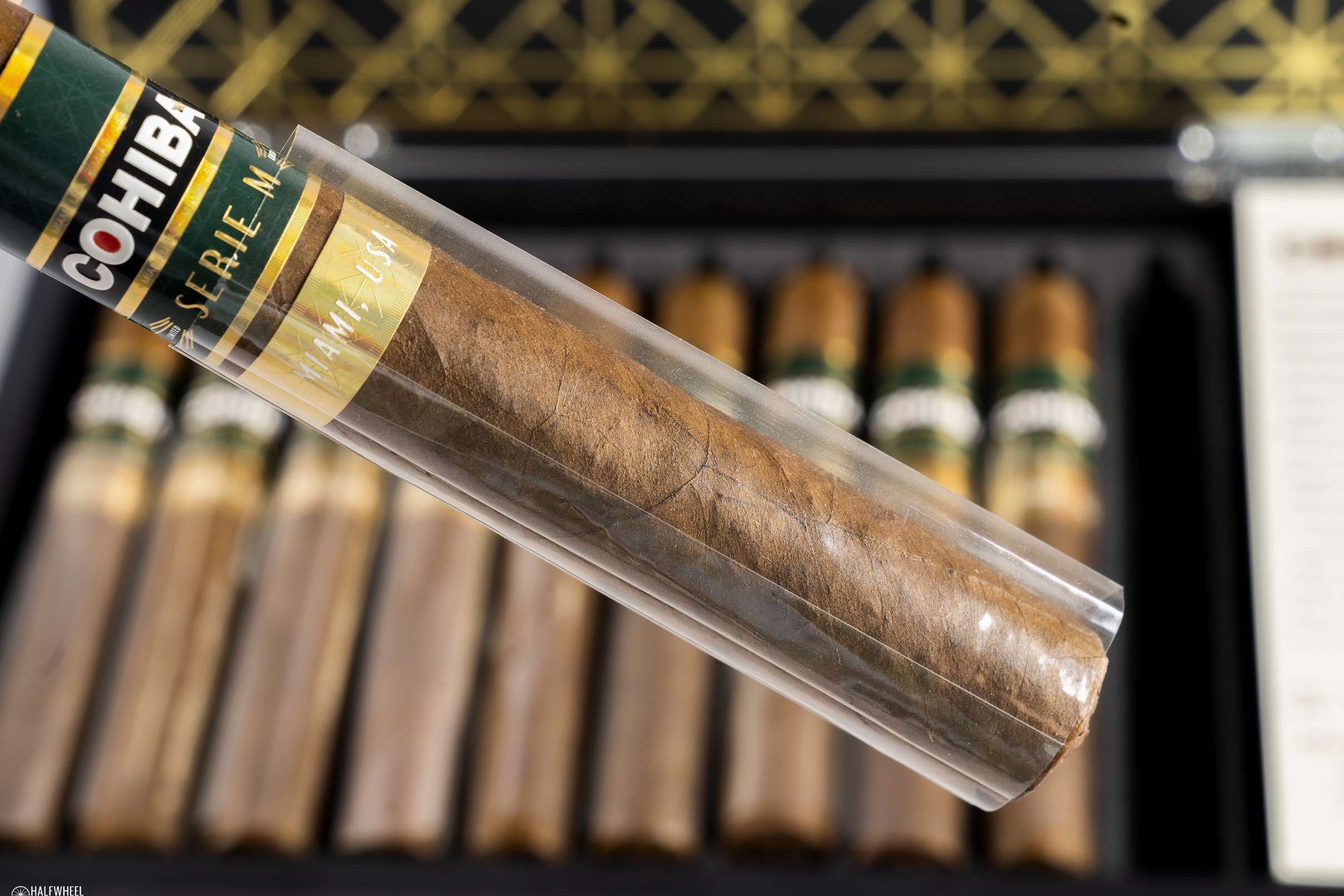 In the past few years, I have become increasingly impressed with the blends being released by General’s Cohiba brand, including the Cohiba Spectre CS19, Cohiba Silencio and Cohiba Connecticut—and the Serie M is another notch in the company’s belt. Refined, complex and extremely well-balanced, the Serie M features top flavors of creamy almonds and leather along with a persistent caramel sweetness that plays nicely with the white pepper that is also present. Anytime you put the Cohiba name on a cigar the expectations for that blend are going to be a bit inflated—and the $30 price point won’t help matters in that regard—but the Serie M is a great addition to General’s lineup.