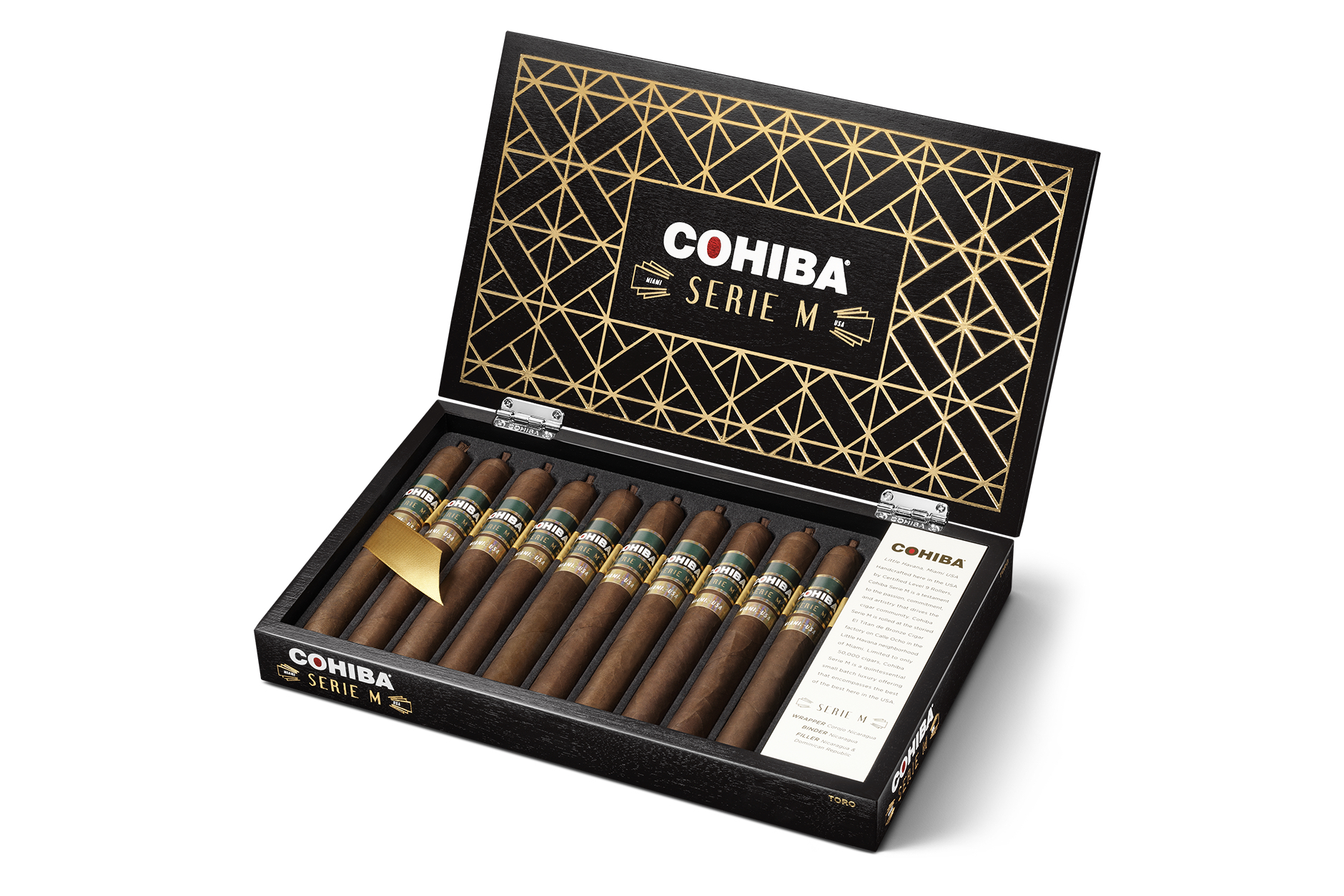 The first American-made Cohiba will head to stores next week.

General Cigar Co. has announced that the Cohiba Serie M will begin shipping to stores on April 12. It measures 6 x 52—with a fantail cap and closed foot—and uses a Nicaraguan corojo wrapper, another first for Cohiba. Filler tobaccos include Dominican piloto cubano, Nicaraguan Estelí and Nicaraguan Jalapa; the binder is also from Nicaragua.

The Serie M is being produced at El Titan de Bronze in Miami.

This is the first time General Cigar Co. has worked with El Titan de Bronze.