Think about the most well-known cigar brand in the world and there’s no doubt that Cohiba not only enters the discussion but quickly makes a case for itself as the best known brand.

Of course, much of this is aided by the Cuban version of the marca, which came out of being Fidel Castro’s personal brand that was allegedly born out of a fuma given to him and which went onto become his personal cigar and a global brand that is arguably Habanos S.A.’s most celebrated.

But in the United States, the Cohiba brand owned by General Cigar Co. does fairly well on its own, albeit quite possibly with a bump by association. The non-Cuban brand was launched in the late 1970s, with trademarks filed in both 1981 and 1995. It’s been a contentious trademark, as you might have read about and the lawsuit is still ongoing.

Since its launch, it has become a staple in humidors and has grown to a number of offshoot lines. In addition to the original Cohiba line, often referred to as the “Red Dot,” there is the Cohiba Nicaragua, Cohiba Macassar, Cohiba Black, Cohiba XV, Cohiba Edición Diamante, Cohiba Puro Dominicana and Cohiba Comador.

In April 2017, a new version began quietly appearing at retailers, and not only was it blue, it was priced in such a way that the company was calling it “an approachable, everyday cigar that will bring consumers into the Cohiba franchise at an affordable price point.”

Limited to brick-and-mortar retailers—although you’ll have no trouble finding it online—it has been released in four sizes. 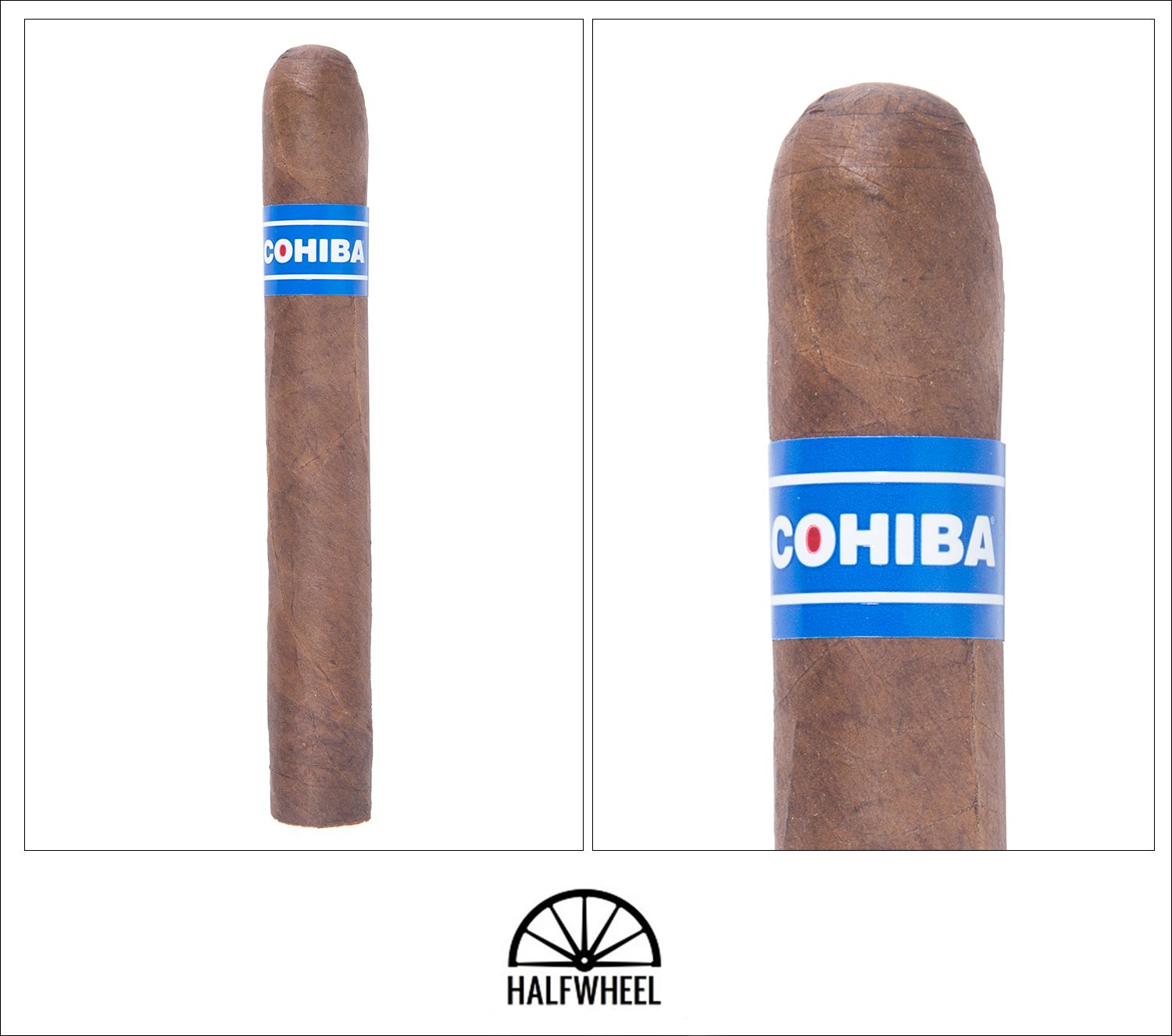 Seeing the Cohiba word mark on a blue band is certainly different and eye-catching, setting that will diminish the longer the line is around, but for now gets mentioned. The wrapper has a bit more of an oily feel than a look, with a network of small veins traversing the tanned, cocoa brown wrapper. It’s a firm cigar, almost hard depending on one’s scale, though I do find the occasional spot that has some give.The pre-light aroma is deceivingly mild at first smell, but quickly shows warm wheat and oat notes, with touches of sweetness that range from apple and mandarin orange to a more floral expression. The cold draw is quite firm and shares many of the traits of the cold draw, though I get a touch more sweetness here.

The Cohiba Blue Robusto opens with a very familiar and palate-friendly note that is creamy with touches of oatmeal and white pepper. While it’s not the most complex or stimulating flavor, it is remarkably rich and deep, making it quite pleasing on the palate The first few retrohales are quite creamy and have almost no pepper to them, though that changes and the pepper increases through the first inch. While the draw is just a touch tight the burn line is sharp and even, and the ash seems almost impervious to breaking off—even with a bit of a shake—forcing me to tap it off when it approaches the two-inch mark. The bread notes from the first third seem to go with it, with cedar and a generic light wood note coming in to take its place. 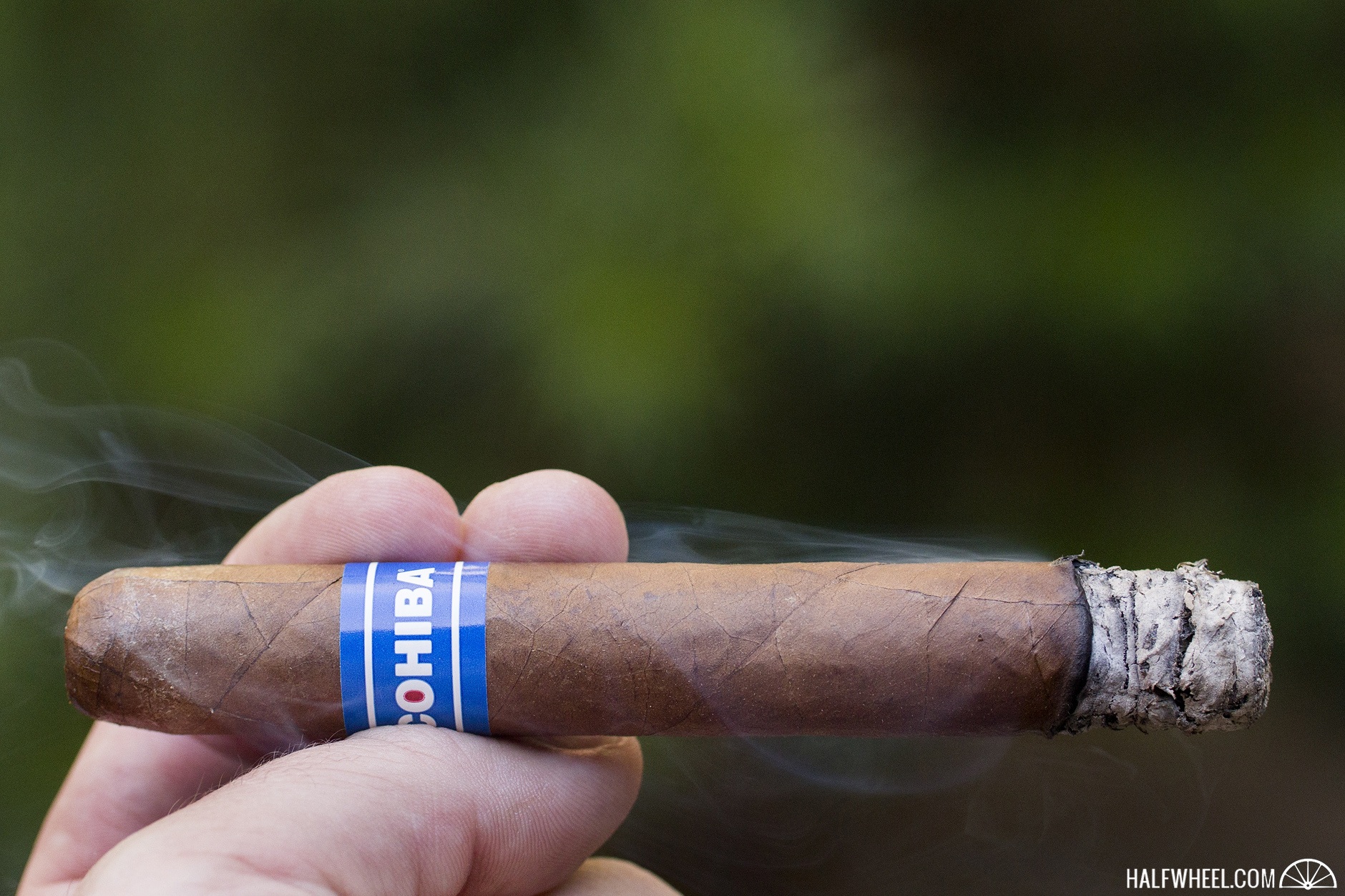 The start of the Cohiba Blue’s second third builds on the wood note but with a bit more pepper and some hints at mixed nuts. I get a touch of salt, though nowhere near enough to call the flavor salty. It’s increased to a solid medium in strength and body, not quite attention-grabbing but certainly offering a good amount should you give it proper attention. All of the flavors get a bit fuller by the midway point and the cigar ups to medium-plus in flavor, with pepper remaining quite manageable and no one particular flavor dominating, although there doesn’t seem to be any sweetness being offered. The cigar takes noticeable steps forward in strength and pepper past the midway point, and when the band needs to come off it’s quite a bit fuller than it was at the start, and the final puffs of the second third have me thinking it may have gone a bit too far in its journey, as it is most definitely grabbing my attention now. 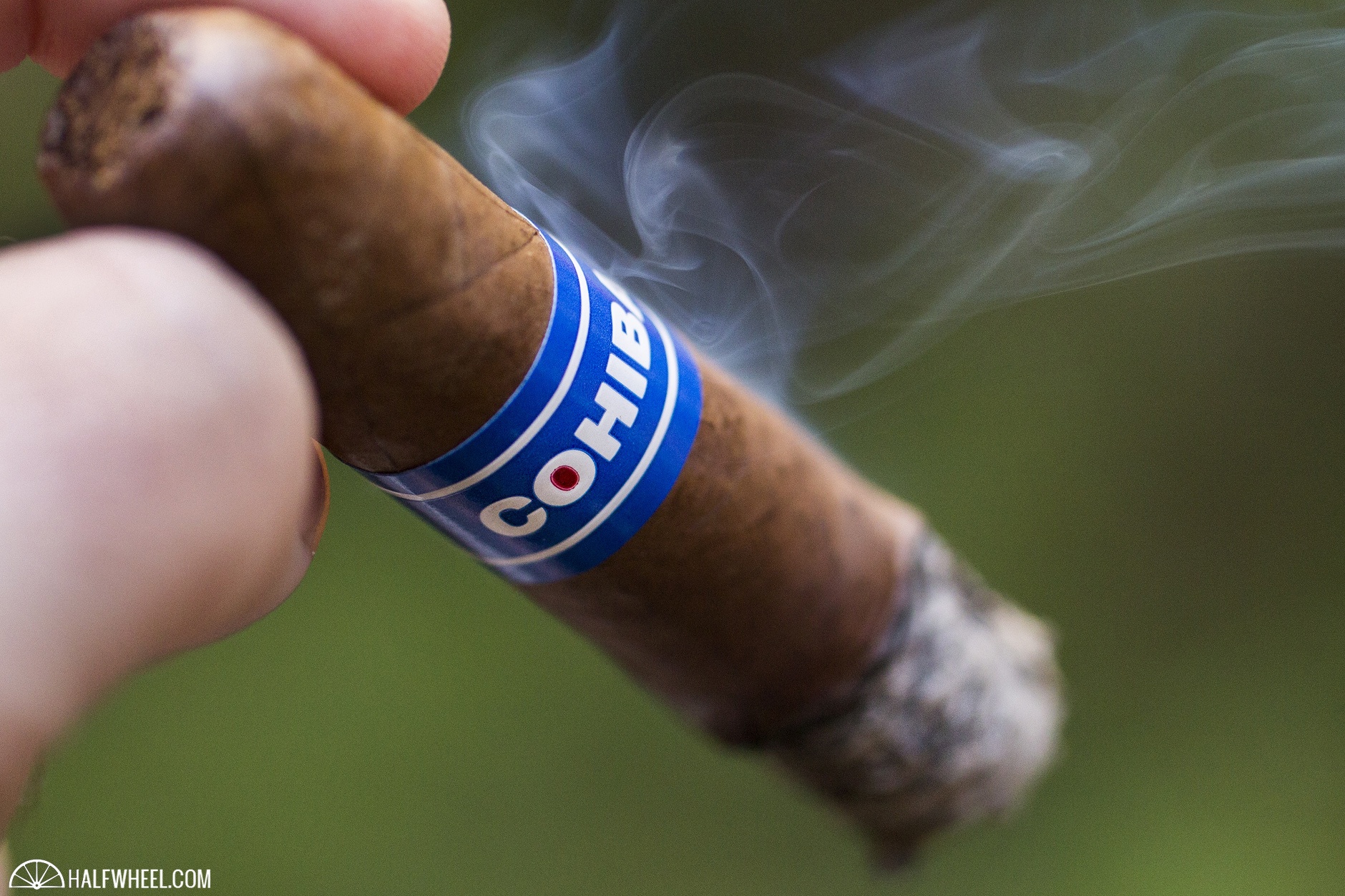 The transition from the second to final third of the Cohiba Blue Robusto is marked by a rapid increase in pepper while the flavor dries out quite a bit and shifts its focus to dry lumber, a bit of sand and some growing heavy earth that redefines the base of the profile. Retrohales are still clean and quite peppery, with a longer finish than they had earlier. The flavor also lingers a bit longer on the palate, though it strays into harshness on occasion. The draw tightens up in the final inch and a half, with heat becoming an increasing part of the equation, and the combination of having to take a couple puffs in order to get any substantive smoke production results in the flavor getting too hot to enjoy. One flavor development of note is a crisp peppermint that is almost identical to an Altoids mint. 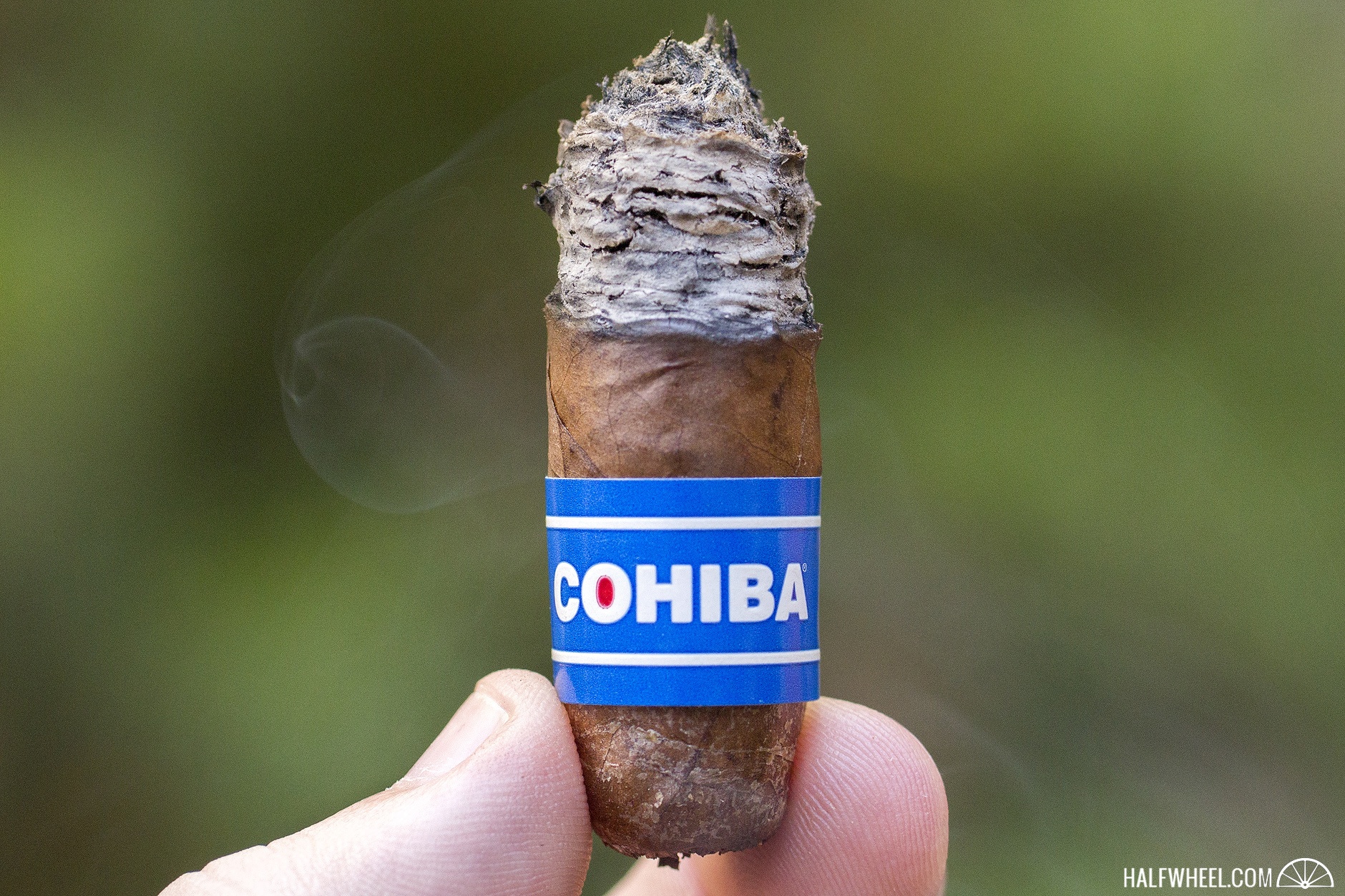 When I got the news of a new Cohiba coming to market, my initial reaction was a mix of skepticism and questioning, summed up in the thought "do we really need another Cohiba line? While the question hasn't been completely answered, I have to admit that this is a quite good addition to the line, provided you like what Honduran tobacco has to offer. The Cohiba Blue offers a solid journey from start to finish in both flavor and strength, and while the profile might overstep at times, that's about the only thing I have to complain about. Through most of the cigar the flavors are deep and rich, rarely leaving anything other than a wanting for that next puff, capped off by an outstanding technical performance. While I can't promise that this will become your everyday, affordable Cohiba, I can say with confidence that if you try one, you'll almost certainly be as impressed as I was.