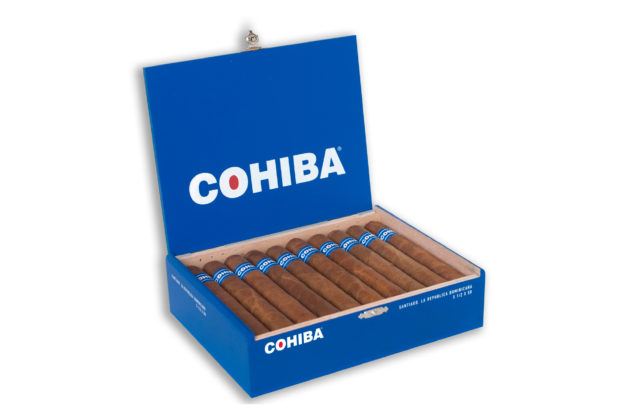 The Cohiba Blue is being heralded as “an approachable, everyday cigar that will bring consumers into the Cohiba franchise at an affordable price point” by the company in sales materials sent to retailers.

It uses a blend that is heavily Honduran, with habano leaves from that country used for both wrapper and binder, while it shares space in the filler with piloto cubano from the Dominican Republic and Nicaraguan habano. The cigar is being made at the General Cigar Dominicana factory in Santiago, Dominican Republic.

The line is debuting in four sizes, all of which come in 20-count boxes:

According to documents obtained by halfwheel, Cohiba Blue is being limited to brick and mortar retailers, though that doesn’t mean you won’t be able to buy it online, as several have added it to their online storefronts. It was to begin shipping on April 3.

A spokesperson from General Cigar Co. declined to provide additional information about the Cohiba Blue at this time.