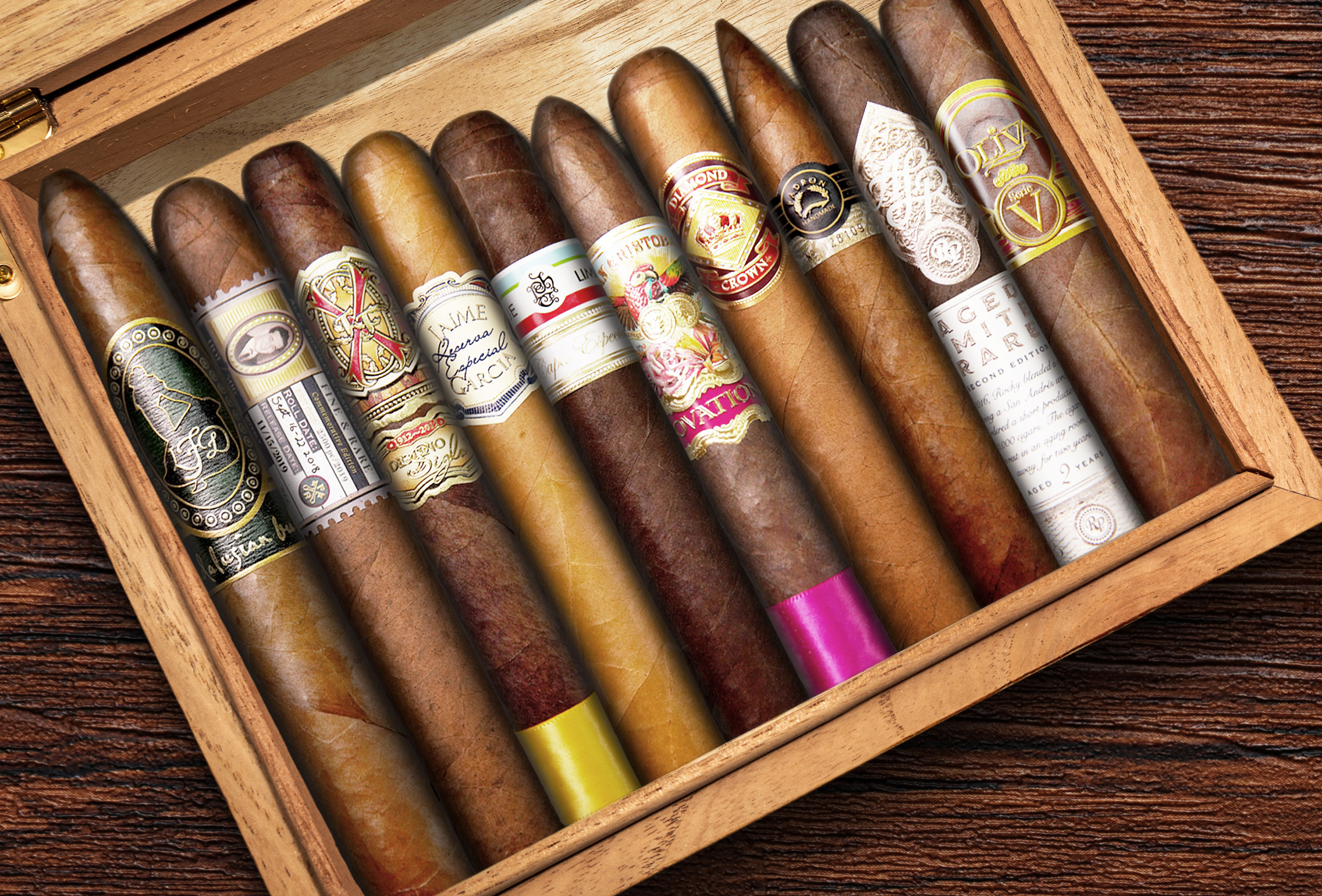 The Spring 2021 edition of Cigar Rights of America’s annual cigar sampler has begun shipping to CRA member stores, and as in past years, it features a mix of well-known cigars and a couple of new releases.

The full list of cigars in the sampler is as follows:

Oliva has added a new size of its Serie V blend, a 5 x 54 box pressed robusto gordo that is being made just for the CRA. Similarly, Padrón has contributed what appears to be a new size in its black-banded series, the No. 100, which is a 5 1/2 x 52 torpedo. While Padrón has not yet confirmed the history of the No. 100, a representative from the CRA told halfwheel that it’s not a new size, the sampler is the only place the vitola is currently available. It’s also the third straight year that the Padrón Black has appeared; in 2019, the company contributed the No. 200, a 5 1/2 x 56 robusto gordo, and in 2020 added the No. 200 Natural.

Rounding out the new offerings is the Tatuaje Limited Capa Especial Toro, a new round 5 3/4 x 52 size for the recently re-released Tatuaje LLE Capa Especial. That cigar is a 6 3/4 x 42 box-pressed lonsdale that dates back to 2011 as well, when it was released as a store exclusive for New Havana Cigars.

The CRA Spring 2021 Freedom Sampler has an MSRP of $160 and is available at participating retailers.