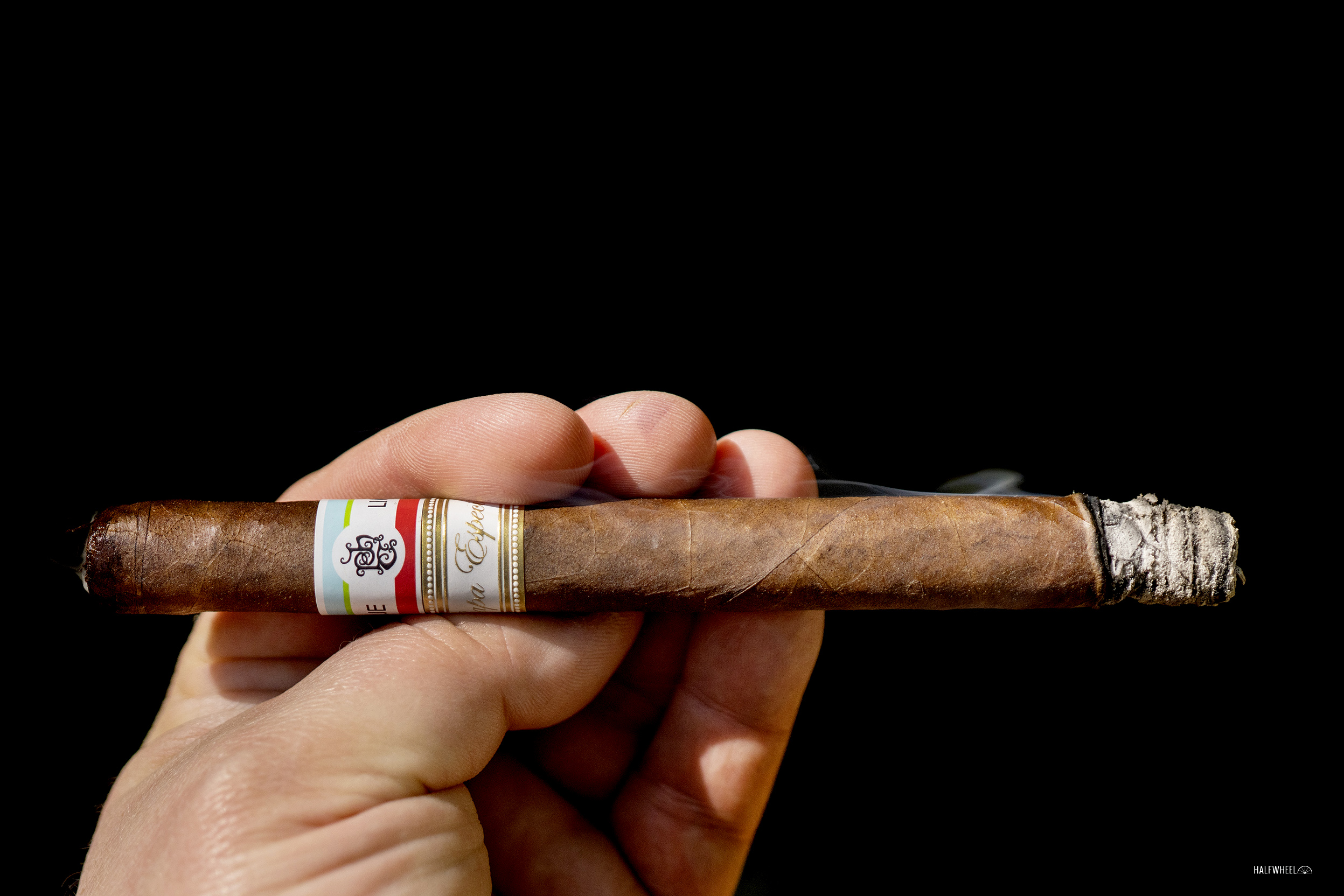 Over the past few years, Tatuaje has been reaching far back into its 18-year history to bring back new versions of some of its more legendary creations. Those blends include the Little Boris, a 5 1/2 x 49 robusto extra that debuted in 2012 before being released again in 2018; the CQ2—originally named the CQ1—a 5 3/4 x 52 belicoso that was first sold in 2013 and rereleased in 2019; and most recently, the T110, a 4 3/8 x 52 short robusto originally released in 2009 before returning earlier this month.

However, the subject of today’s review is a rerelease of a Tatuaje creation that very few fans got to try the first two times it was sold: the NHC Selección Limitada Capa Especial. Originally released in 2011 with a total production of only 1,400 cigars, the 6 3/4 x 42 box-pressed lonsdale returned the following year with a slightly larger release that still sold out almost immediately. 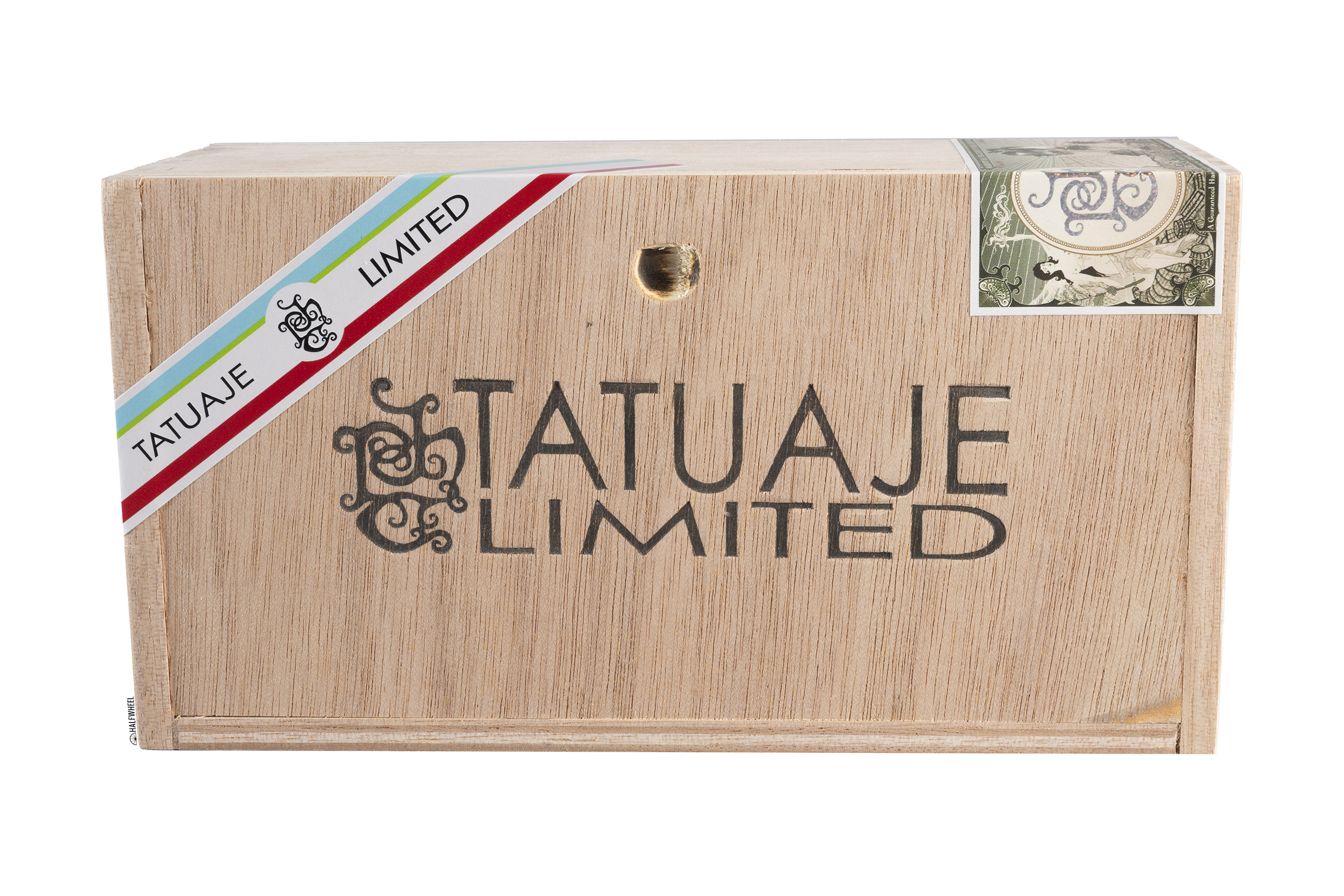 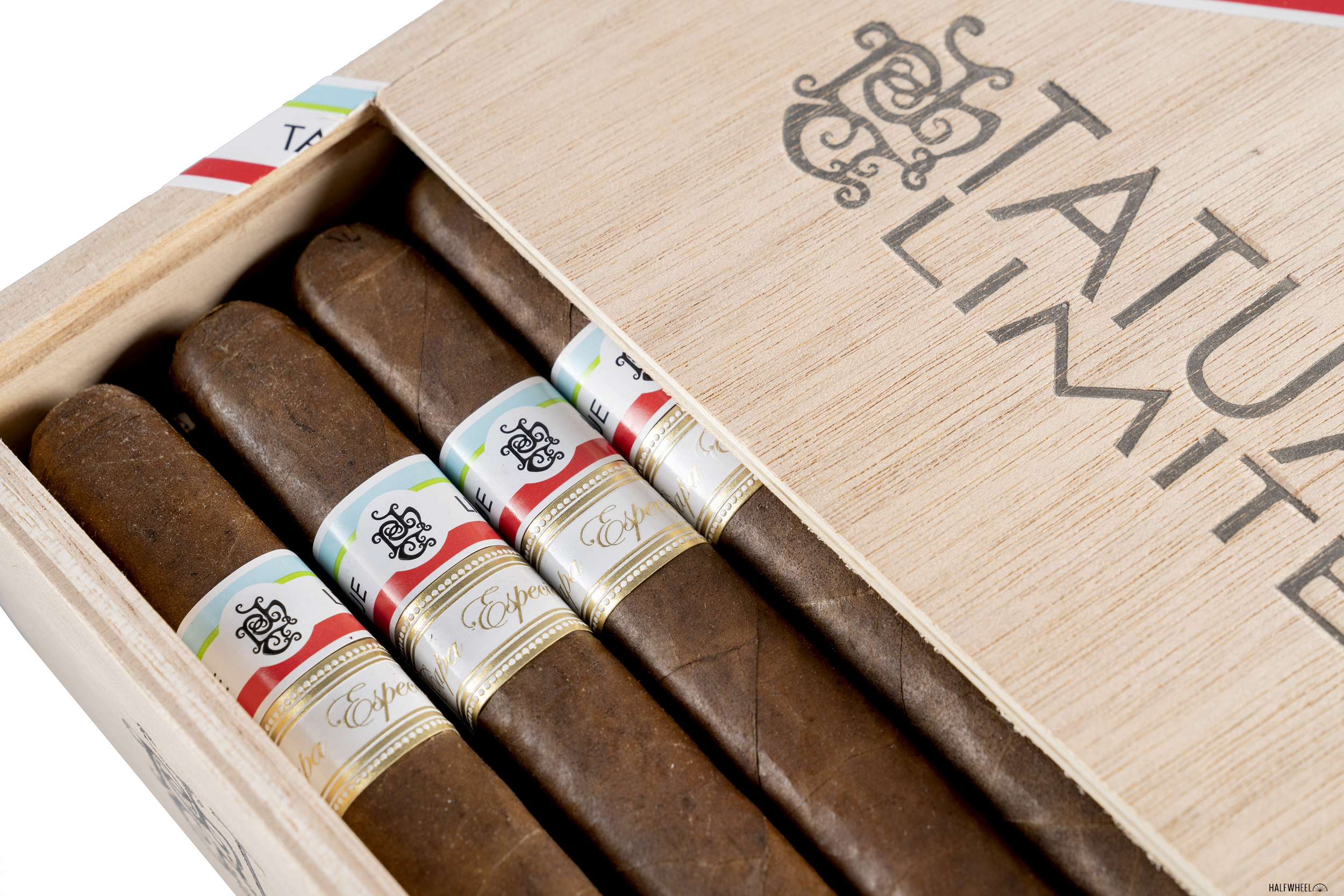 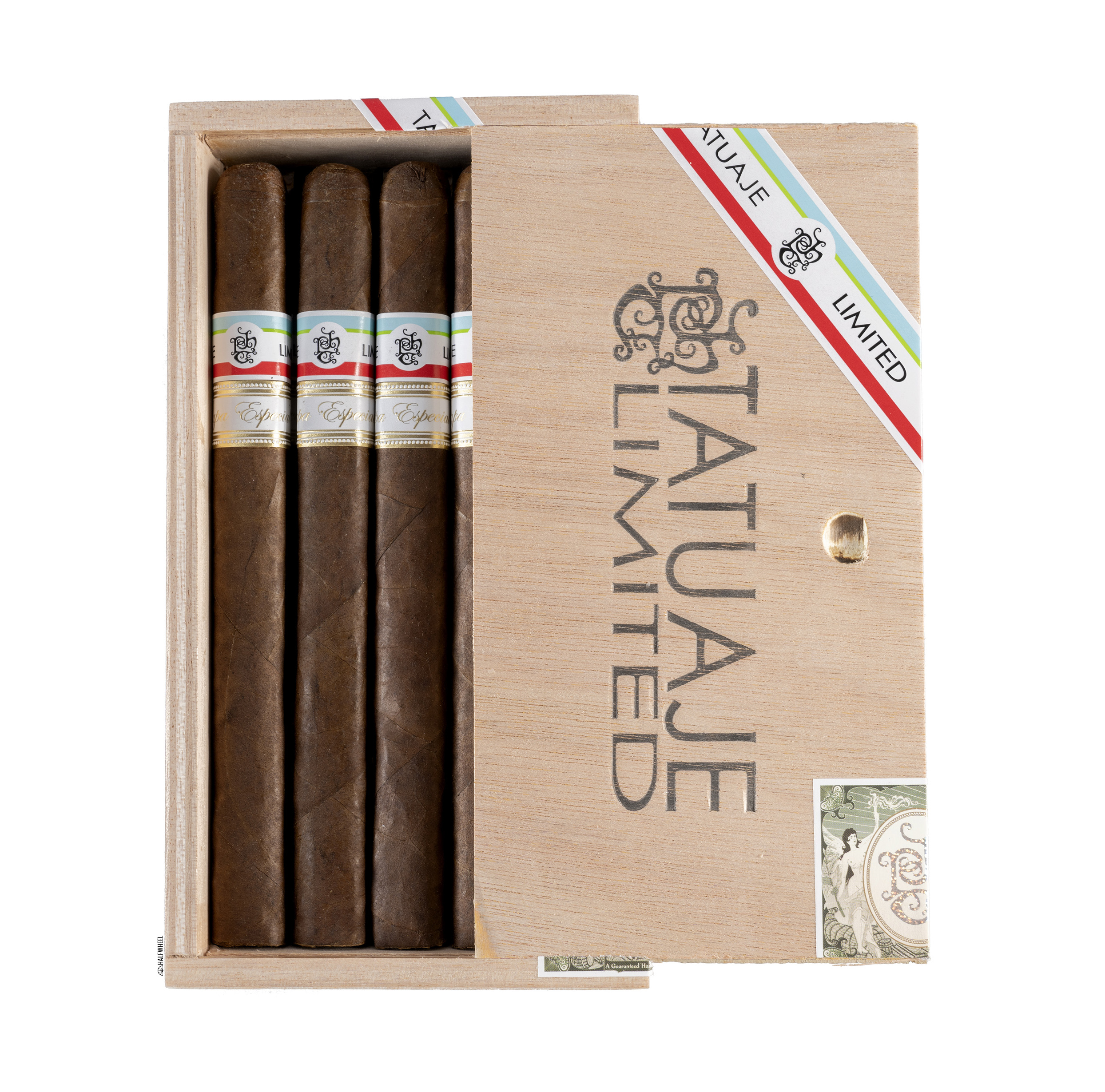 Earlier this year, Tatuaje’s founder Pete Johnson announced via Instagram that the cigar would return, albeit with some minor changes. First, the name of the newest incarnation is now the Tatuaje LLE Capa Especial—the LLE in the name stands for Limited Lonsdale Extra—and it is no longer a store exclusive for New Havana Cigars. In addition, the bands used on this release have been updated to the newest color scheme that Tatuaje is using—Johnson changed the bands on the Tatuaje Limited releases to help reduce confusion between the one he uses for his releases that incorporate Mexican San Andrés wrappers—and there were 1,000 boxes of 20 cigars produced, with each cigar retailing for $11 before taxes.

One thing that has not changed is the tobacco, which remains a combination of an Ecuadorian Sumatra wrapper covering a binder and filler tobaccos made up entirely of Nicaraguan leaves. Johnson told halfwheel that the blend is the same as the original, other than the natural variance that can occur with different tobacco crops.

A portion of the Tatuaje LLE Capa Especial boxes debuted at New Havana Cigars packaged in store-specific branding, while the remaining boxes were made available to other select retailers without the NHC branding on the side. 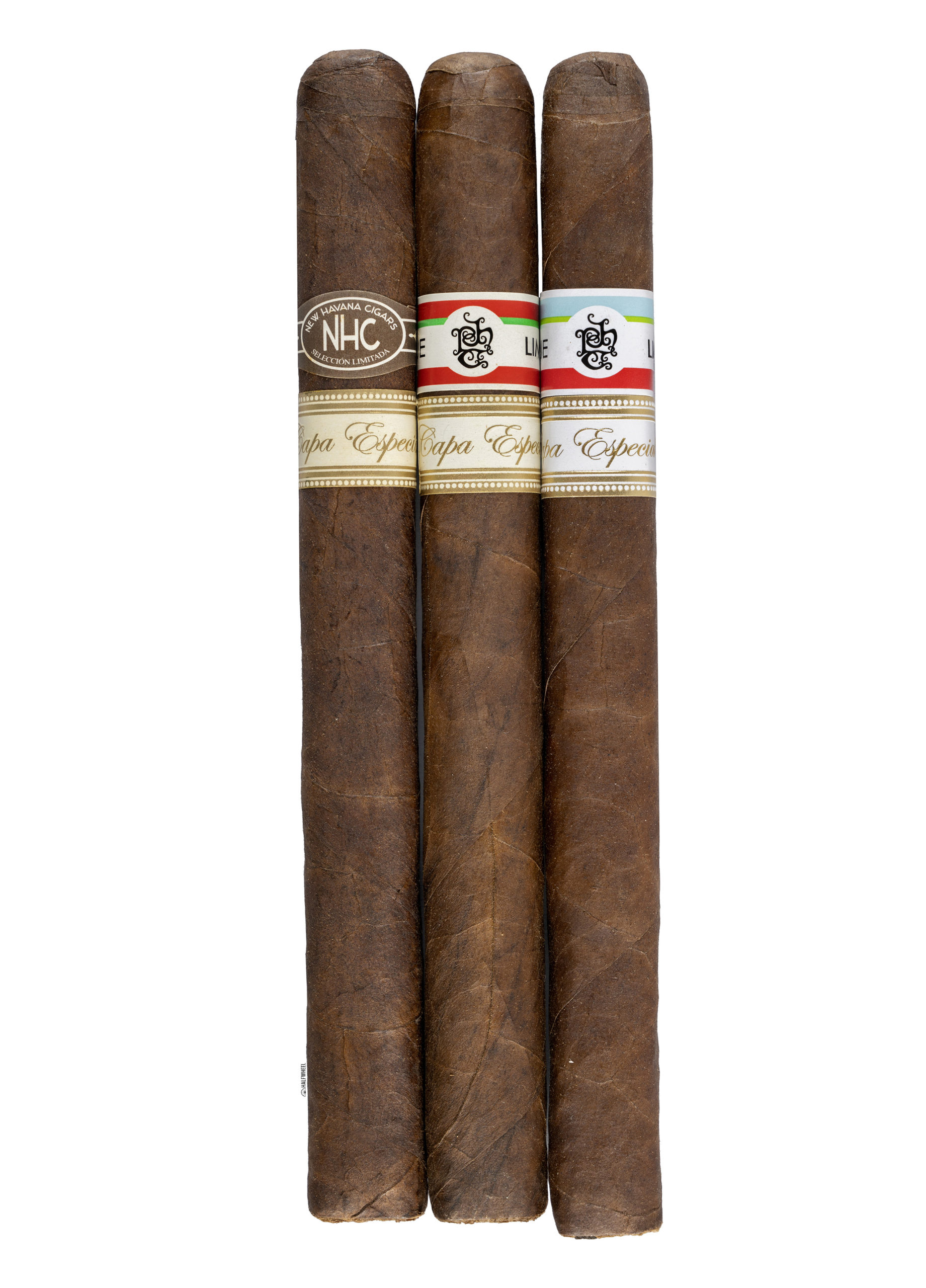 Here is what I wrote in my original review way back in July 2011:

This cigar surprised me quite a bit, especially since I really was not overly impressed with the 7th Capa Especial, despite the fact that the blend and the wrapper are basically the same between the two sticks. I love just about everything about it, from the vitola, to the construction, to the rich flavor profile and the strength. Incredibly complex, with flavors changing from third to third, and a wonderful woodish spice and sweetish floral notes that ebb and flow throughout the smoke. This is the complete package, a cigar flavor bomb that will most likely fly way under the radar for 99 percent of the smokers out there. The major problem is the number produced as 1,400 cigars is almost nothing when it comes to a blend like this. However, if you can get a hold of one or more, you will be rewarded with one of the best cigars of the year.

And here what was written in my first redux review in June 2012:

I bought quite a few of these when they were released, thinking that they would age well, and with nearly a year’s worth of age — I am not wrong. Just as complex, smooth and balanced, with the same flavors that I loved so much the first time around. Having said that, there are some differences from a year ago. Most notably, the sweet floral note took a little longer to show up in the profile, and the spice seemed to be a bit reduced overall. However, those are minor issues that in no way lessened the enjoyment of the cigar. I am glad I have a few more of these left to continue to age. Also, in case you are not aware, there was a rerelease of the NHC Selección Limitada Capa Especial limited to 200 boxes of 20 cigars and as of now is still in stock. I have smoked some of the new version and I am happy to report that they are just as good as I remember the original release sticks being when they were released. I have purchased some of the new ones as well, so I can compare the two over time. 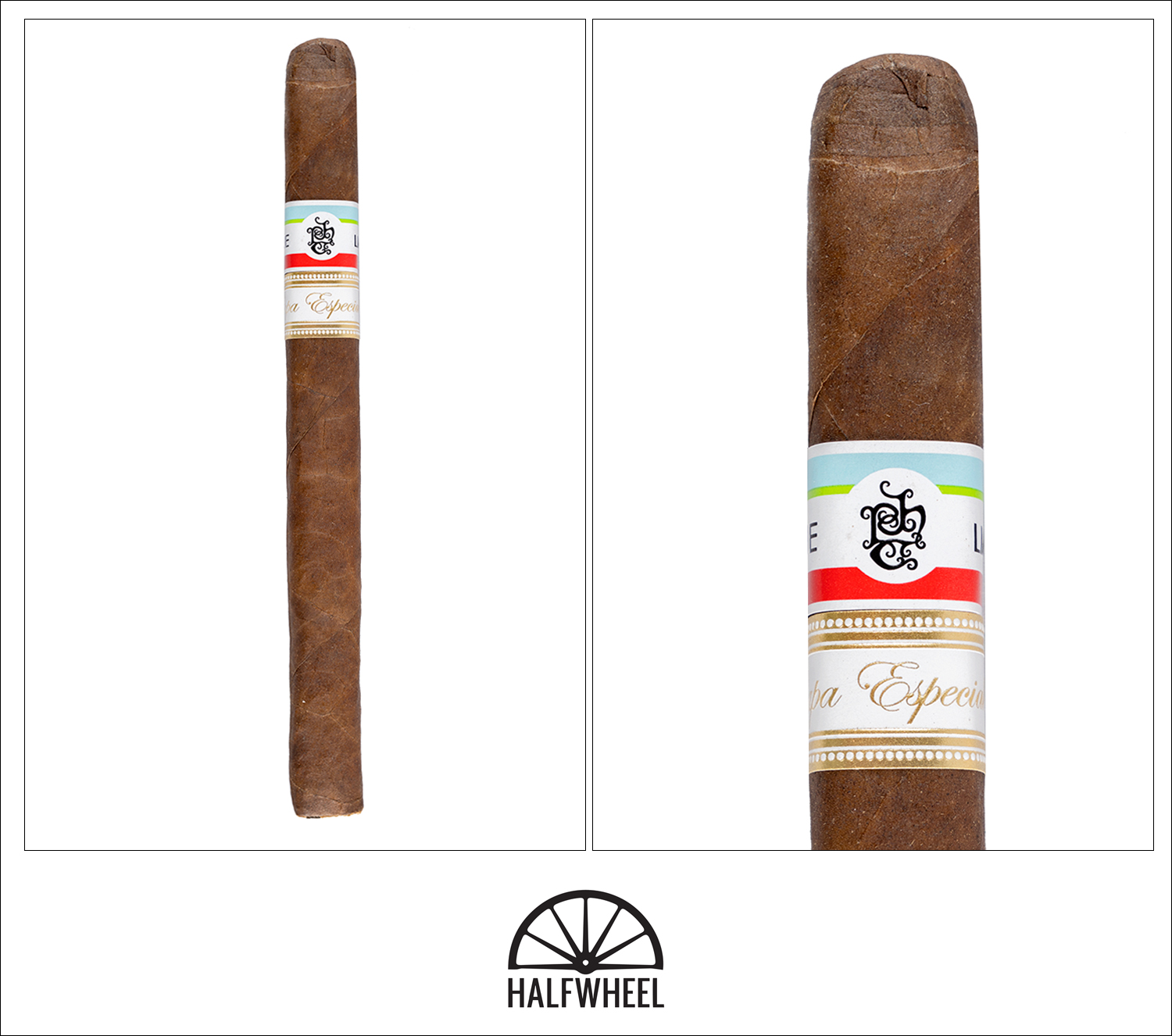 Editor’s Note: This is one of the rare cases when we are doing a redux review of a new version of a cigar and not of an aged sample of a cigar we have already reviewed. — CM.

The Tatuaje LLE Capa Especial feels virtually the same as I remember from the original, with a gorgeous mottled espresso brown wrapper that features a very small amount of tooth but plenty of oil. The cigar also sports a soft box-press as well as a number of prominent veins and is quite spongy when squeezed. The aroma from the wrapper and foot is a combination of strong cedar, cocoa nibs, coffee beans, barnyard, cashews and raisin sweetness while the cold draw brings flavors of dark bitter chocolate, cedar, tree bark, hay and black pepper.

Starting out, the Tatuaje LLE Capa Especial features an immediate flavor combination of sweet cedar and powdery cocoa nibs, along with a light earth note on the finish. Additional flavors of freshly roasted coffee, sourdough bread, hay, cashews and slight citrus flit in and out at various times, while the retrohale is full of plenty of both black pepper and distinct cotton candy sweetness. There is also plenty of spice on my tongue for the first 10 puffs or so, and while it does begin to dissipate after that, it is still far from becoming a background note. The second half of the Tatuaje switches gears in a number of significant ways, including the most prominent flavors, which morph into a combination of toasted bread and creamy cashews. Secondary notes include espresso beans, aromatic cedar, gritty earth, hay, dark chocolate bitterness and a touch of floral, although none of them come close to the strength or distinctness of the main flavors at any point. In addition, the citrus that was present on the palate in the first half has moved to the finish, where it stays until the end of the cigar.

Construction-wise, the LLE Capa Especial gives me virtually no issues, with a resistance-laden draw after a simple straight cut and a burn line that—while not quite razor sharp—never comes close to needing attention with my lighter. In addition, there is plenty of off-white smoke and the strength starts out fairly mild before increasing steadily to end at a solid medium by the time I put the nub down with less than an inch left after one hour and 19 minutes of smoking time.

In the case of the Tatuaje LLE Capa Especial, the question to be answered is simple: will the new version taste as good as the original after almost a decade, despite the fact that while the blend is technically the same, the tobacco and growing conditions were different? The NHC Selección Limitada Capa Especial was one of my favorite Tatuaje creations up to that point, and I am happy to say that the newest version is very close to the original, albeit with a few significant differences in the profile. Specifically, while there is very little of the floral flavor that I noted the first time around, new flavors of citrus, sourdough bread and cotton candy sweetness more than makeup for it. Furthermore, the overall balance with the main notes of sweet cedar and cocoa nibs in the first half as well as toasted bread and cashews in the second half is excellent. Throw in the phenomenal construction and I am left with a blend that remains at the top of my list for legendary Tatuaje creations.