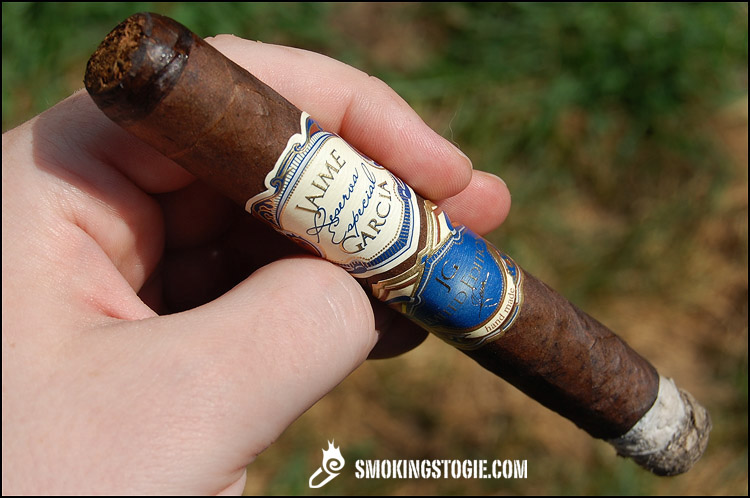 Today we will be taking a look at a very special cigar that generated some buzz at the 2011 IPCPR, the Jaime Garcia Reserva Especial Limited Edition 2011. Coming off of the success of the My Father Limited Editions (which we reviewed here and here), Jaime García, president of My Father Cigars, has decided to release a Limited Edition for the line of cigars that bears his name.

We are all pretty familiar with the Jaime Garcia Reserva Especial, a hearty Nicaraguan blend with one of the most gorgeous Connecticut Broadleaf wrappers on the market. In choosing a blend worthy of the Edición Limitada name Jaime broke out some of his choice pelo de oro leaf as well as two different kinds of Cuban-seed Nicaraguan tobacco. The Connecticut broadleaf wrapper is the same as the regular, but a higher priming was chosen for a special look. 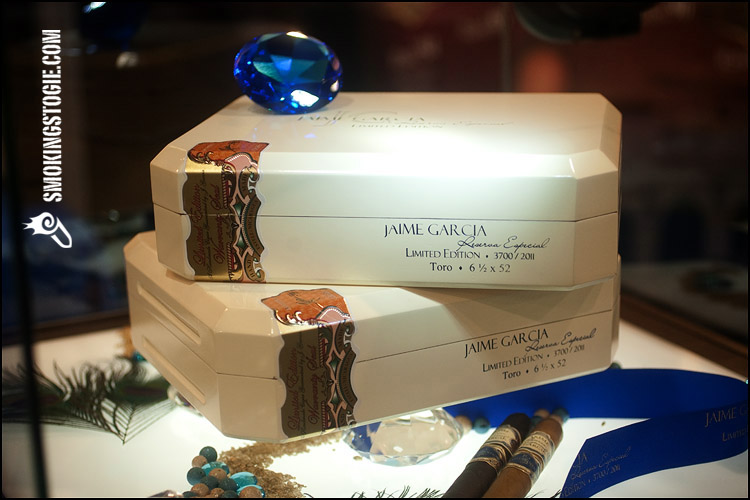 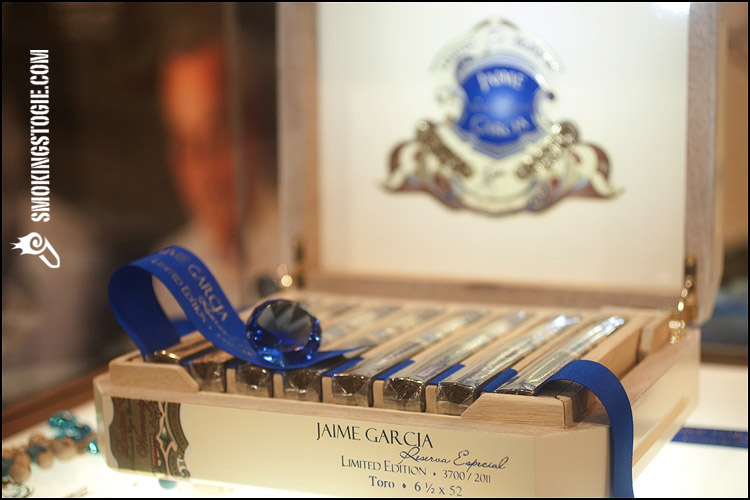 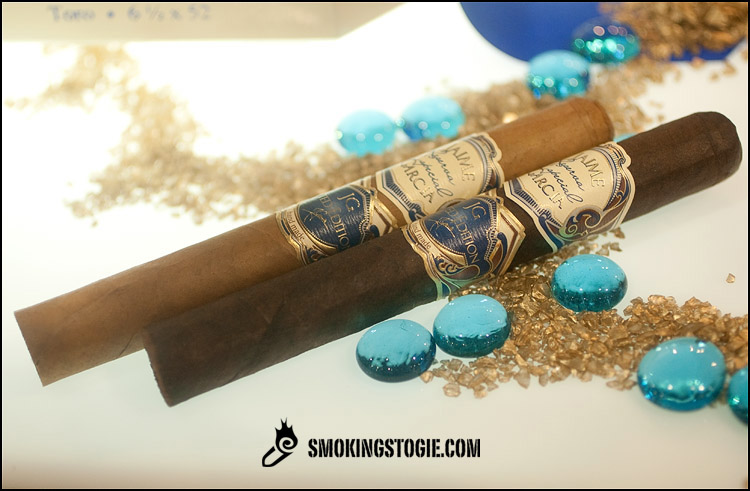 These cigars will start to hit all the accounts by the end of the month but the premier event for the cigar is being held today, Aug. 5, at Casa de Montecristo in Chicago, Ill.

The cigars come in beautiful boxes of 15, and each box contains a special 16th cigar. The story being that cigar is that it’s the same blend but with an Ecuadorian Connecticut shade wrapper. They are tossing around choosing this cigar for next years Limited Edition release and want to get some feedback from the smokers out there as to how it tastes and so forth. I personally think it’s a wonderful idea because there is no better way to get a feel for a blend than to smoke it with different wrappers, that and the fact that My Father rarely uses traditional Connecticut wrappers so it’s exciting as well. 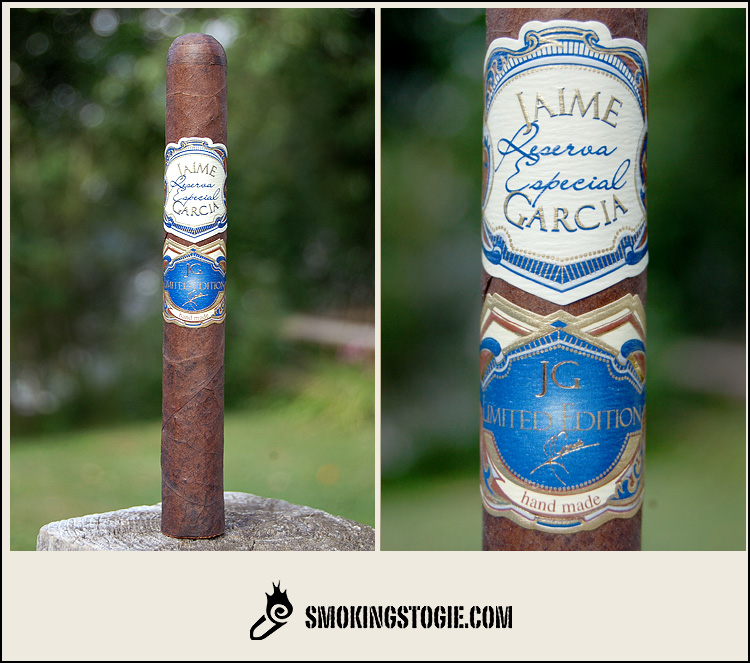 The cigar is really a gorgeous piece of work; it has a beautiful, dark chocolate broadleaf wrapper and a nice amount of oil with a very soft look to it. The cigar is packed very well with a tight visible seam, perfect triple cap and overall dense feel. I absolutely love the look of the secondary band; it looks very elegant and tasteful. The pre light aroma is bursting with cedar, cocoa, rich tobacco and a touch of coffee and pepper at the foot. The pre light draw is smooth with notes of cocoa, leather and hay. I am quite excited to light this up.

Starting off in the first third I am immediately hit with a burst of spice and pepper, it takes virtually no time whatsoever to let me know this is going to be a full bodied, full strength cigar. Initially the flavors are very deep and dark; there is leather, cocoa, cedar, and a rich tobacco, earthiness. The finish is long with dark semi sweet chocolate and pepper.

Coming into the second third the cigar mellows out some, there is still a good amount of spice and pepper, especially through the nose but not nearly as much as the beginning. The flavor profile has shifted a bit, the cedar has really come into the forefront, and it’s a very smooth aged cedar that is quite enjoyable. Leather and cocoa make up the rest of it with the cocoa turning into a dark chocolate on the finish. Definitely feeling the strength at this point. 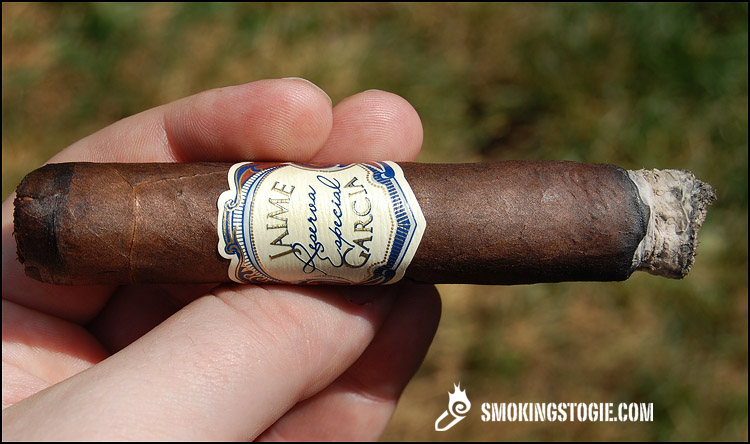 Finishing up in the final third the cigar is holding a pretty steady course, the key here is the full bodied and full strength profile, but also its smoothness, as it’s very rich and smooth. There is a slight coffee bean flavor now and it mixes very well with the leather, cocoa and wood profile. There is a smooth earth now on the finish and the cigar is really showing its power now, giving me a little bit of those nicotine shakes but nothing too bad. 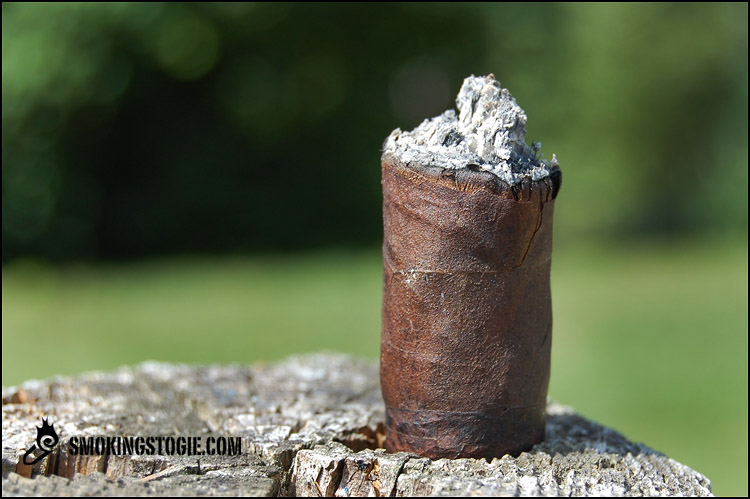 I thoroughly enjoyed this cigar, I have been a fan of the Jaime Garcia Reserva Especial for a while now and this reminds me of its big brother, very similar in flavor profile, extremely balanced but with an added kick of strength and intensity. I never sprung for a full box of the My Father Limited Editions because I wasn’t overly impressed with them and didn’t see much aging potential, but I will be buying these for sure, they are more than ready to smoke now but I imagine a few years will do these very well and I can’t wait to see what they are like.