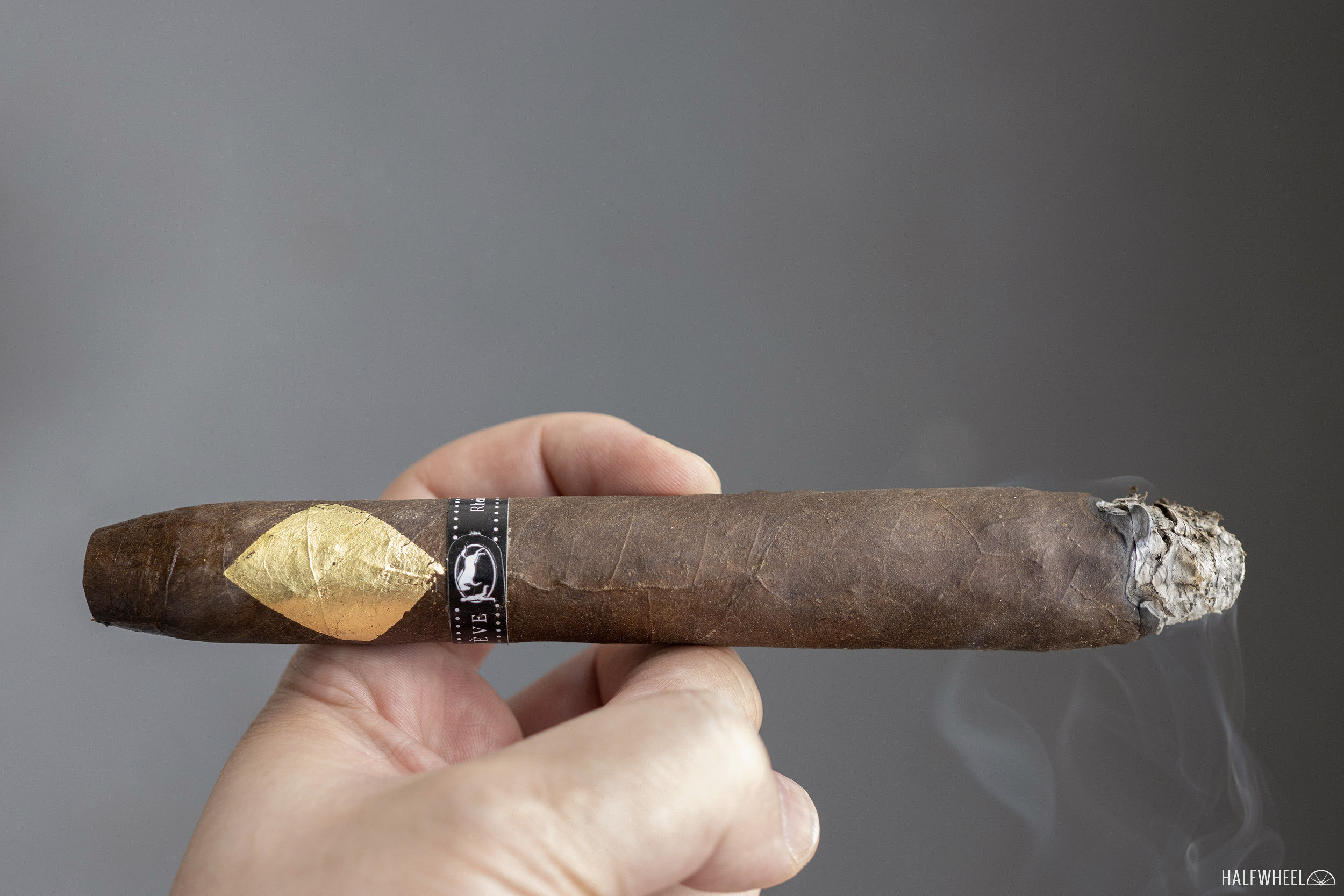 Earlier this year, Cavalier Genève announced that it would offer five different limited production cigars to retailers who placed orders at the Tobacco Plus Expo 2020 (TPE 2020).

Those cigars are officially part of the Cavalier Genève Small Batch collection, which are released once every six, 12 or 18 months.

Four of the cigars are not new—though the USA Exclusive Petit Corona was previously an event exclusive and offered with a different name—but one was entirely new: the Black Series II Salomones. 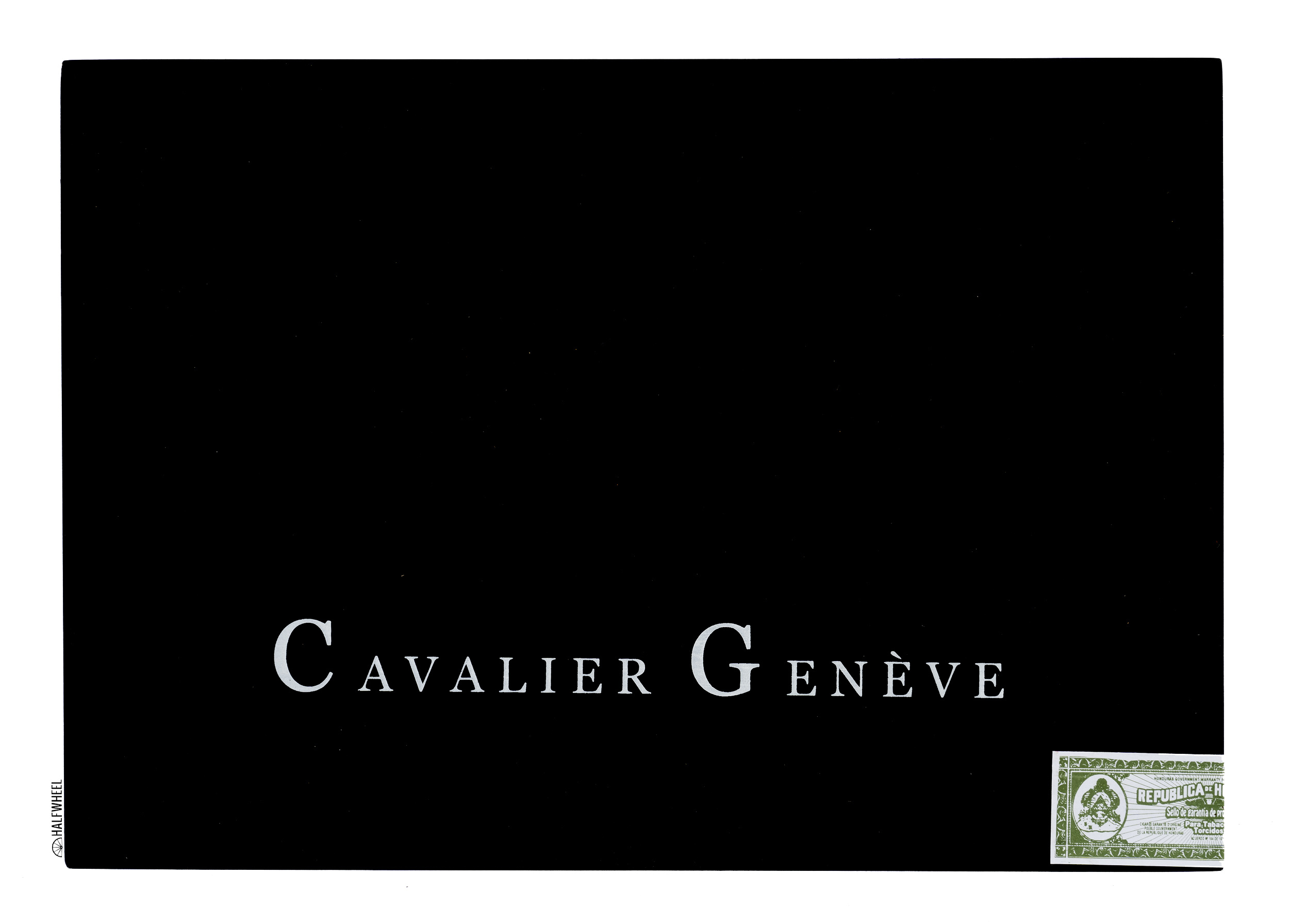 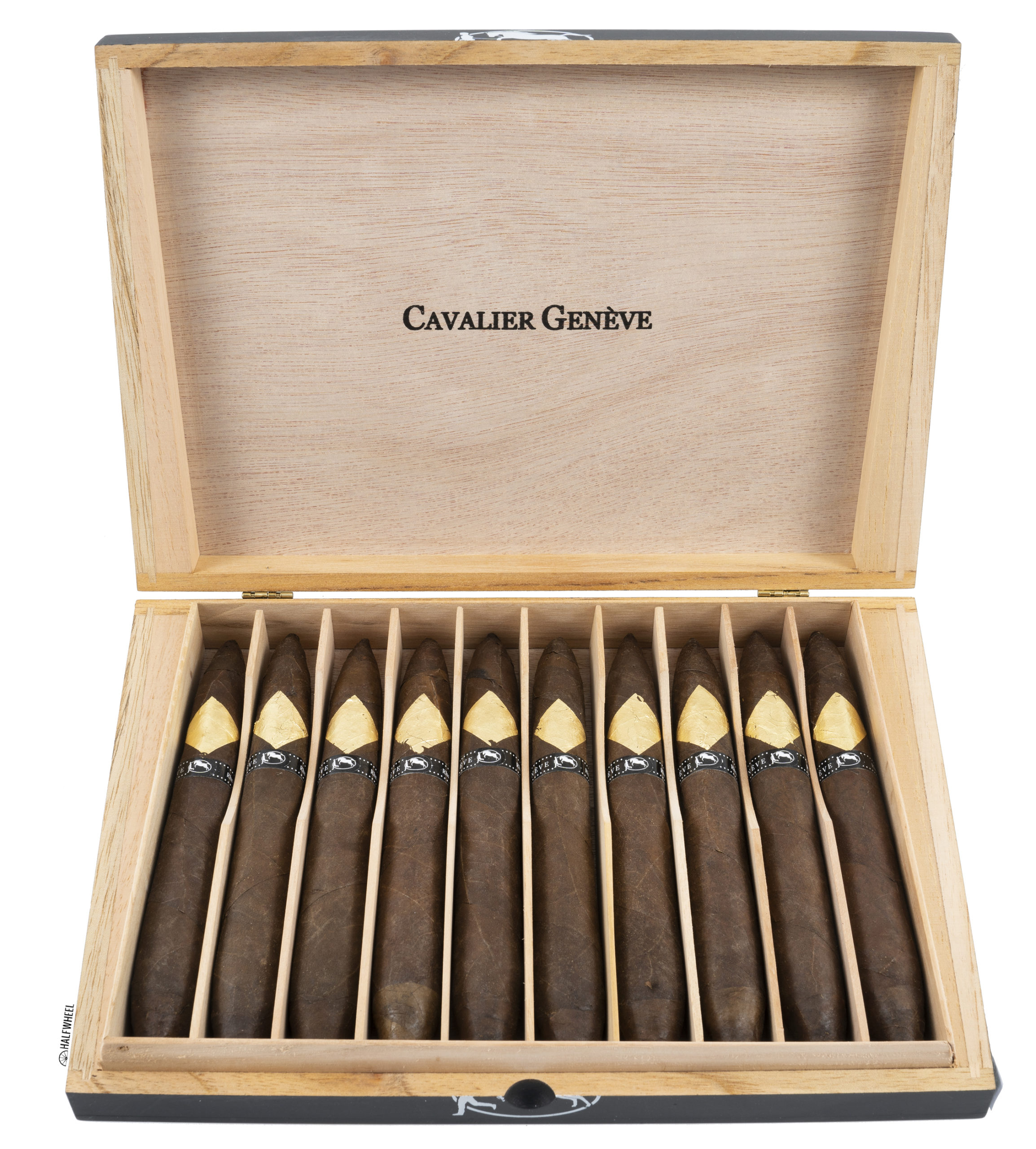 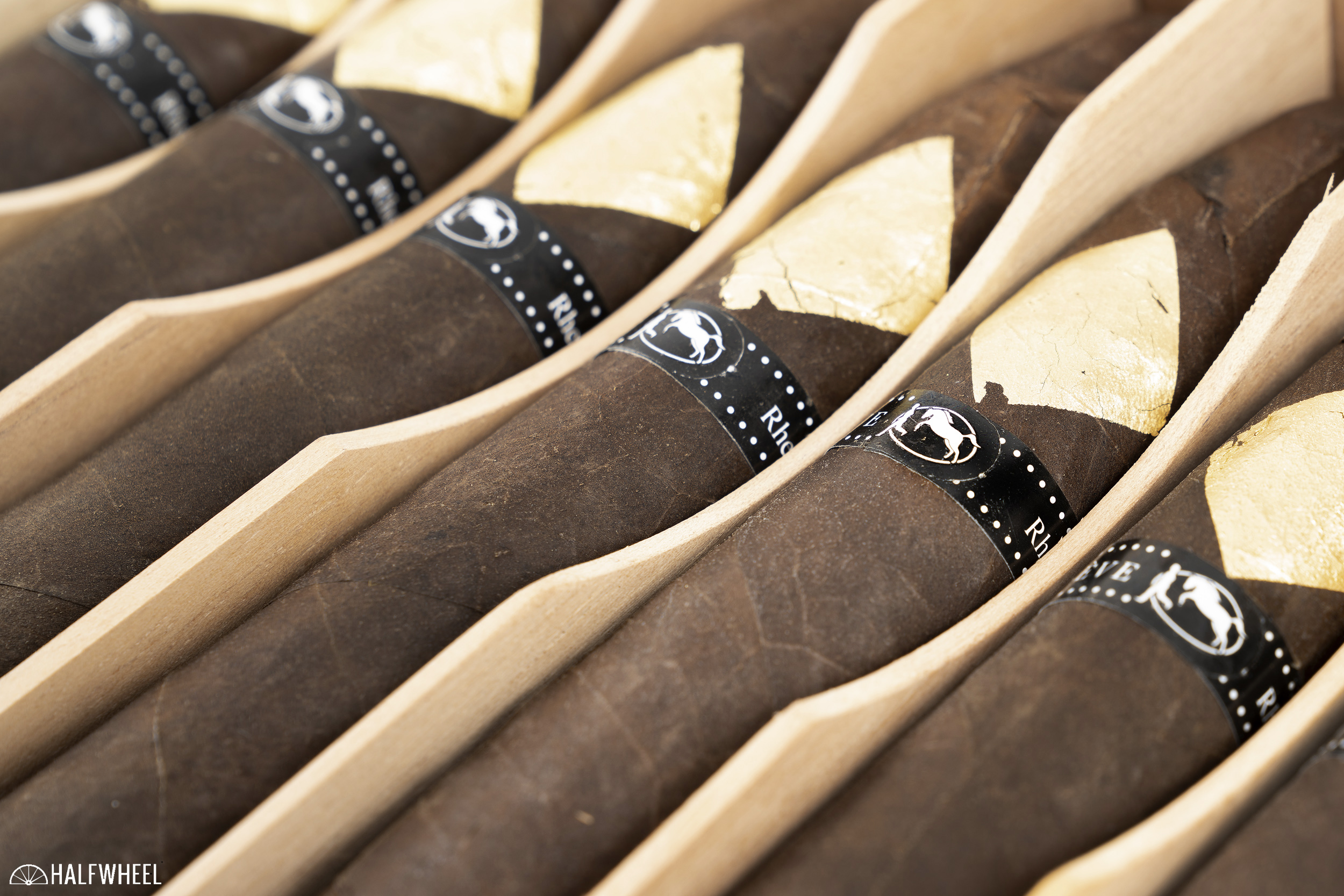 The Cavalier Genève Black Series II Salomones is a 7 x 50/58 salomones that uses a Mexican San Andrés wrapper over a Nicaraguan binder and Nicaraguan fillers.

Like the rest of the brand’s portfolio, it’s notable because it has a 24-karat gold diamond placed on the wrapper in a spot where you would normally expect a paper band. The gold is edible and stays on the cigar as you burn through it.

Pricing for the Black Series II Salomones is $12 per cigar and it is offered in boxes of 10. 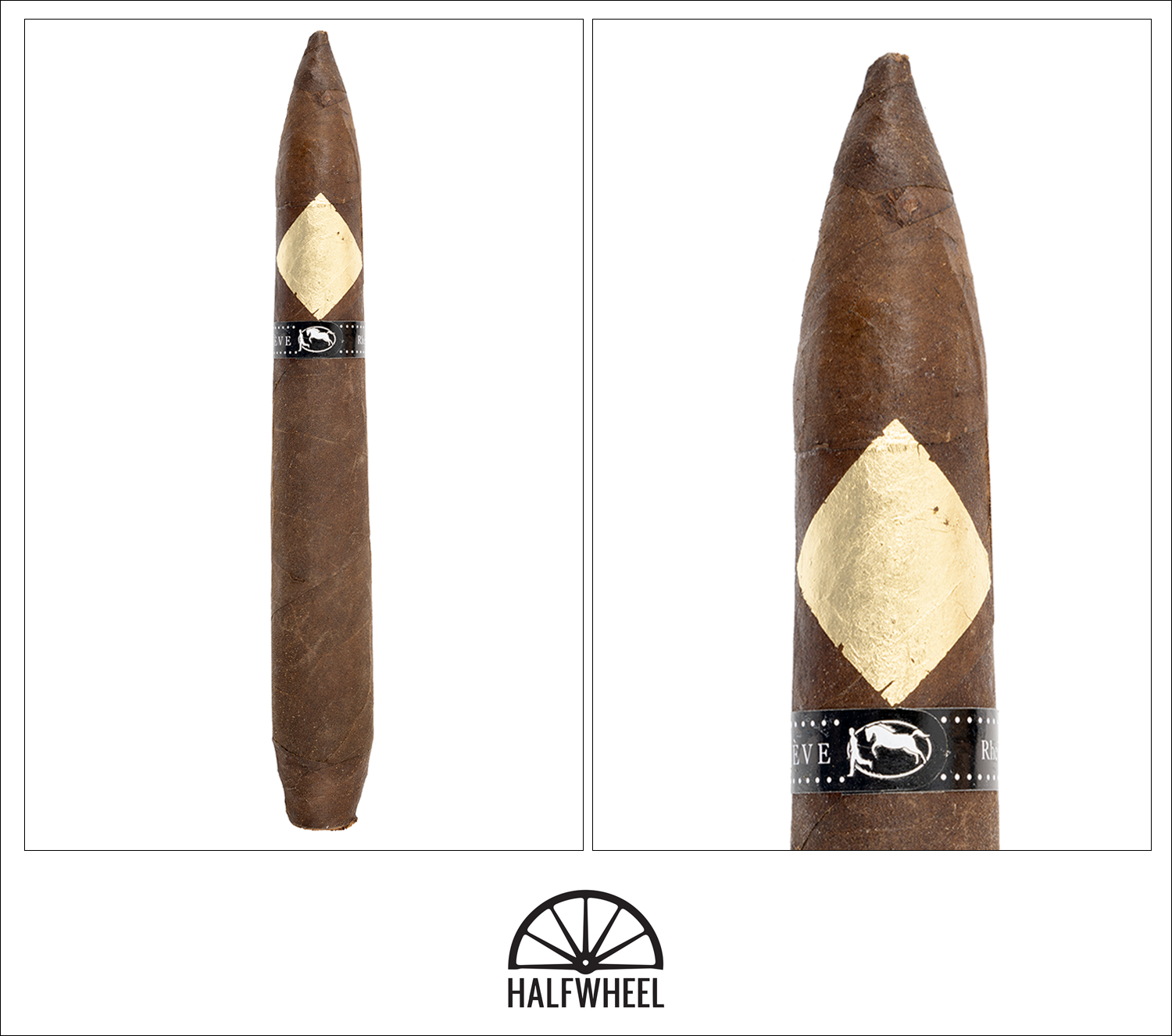 While the cigar is well rolled, the wrapper isn’t the prettiest I’ve seen on a cigar in the last month, as it  lacks oil and looks a bit dusty. On two samples the foot is slightly darker than the wrapper, something that isn’t too uncommon on larger salomones like this. Aroma from the wrapper smells like a mixture of walnuts and pool cleaning supply closet. The foot is similar though there’s a lot more chocolate that sits on top of the chemical flavors along with a sweet tobacco note that reminds me of a jar of pipe tobacco. There’s a mixture of sweet cocoa and granola—think Chewy brand bars—along with some super sweet barbecue sauce. None of the three cigars I smoke have any issue with a tight draw on the cold draw.

That being said, one of the three Cavalier Genève Black Series II Salomones is almost impossible to draw from once its lit. Fortunately, the other two don’t have that issue, and keep in mind this is a perfecto. The opening puffs are a mixture of nuttiness and some marinated meatiness that reminds me of the family meals from off the grill I had as a child. After about four puffs, that one sample is making massive strides to get to a better spot for the draw and eventually it’s back to normal. Unfortunately, one of the other two cigars is suddenly not drawing well and it’s getting worse. Flavor-wise the three cigars are relatively similar. There’s either nuttiness or some sourdough bread flavor leading a fairly generic woody profile in the mouth. Retrohales have black pepper, a unique nuttiness that reminds me of pasta with a nutty profile and some bread-like flavor that dries out the mouth. The finish has a touch of hickory along with some floral flavors and sugar sweetness. Flavor and body are both medium-full and strength is medium-plus.

There’s no mistaking for when the cigar wants to shift into its second third profile. It becomes sweet with a butter and nuts mixture that reminds me of a sauce that probably would have gone well with the hypothetical pasta mentioned in the first third notes. Behind that there’s some generic creaminess, but once again, not much else beyond some generic burning wood sensations. Throughout the second third of the Cavalier Genève Black Series II Salomones there’s a variety of different flavors in the retrohale: peanut butter cookies, hickory, creaminess and pink salt. The finish is usually just a lot of sweet creaminess, but occasionally there’s some distinct ginger flavors. Two cigars are burning flawlessly, but the third sample has a draw that is too tight and is now requiring some help to keep the cigar burning. 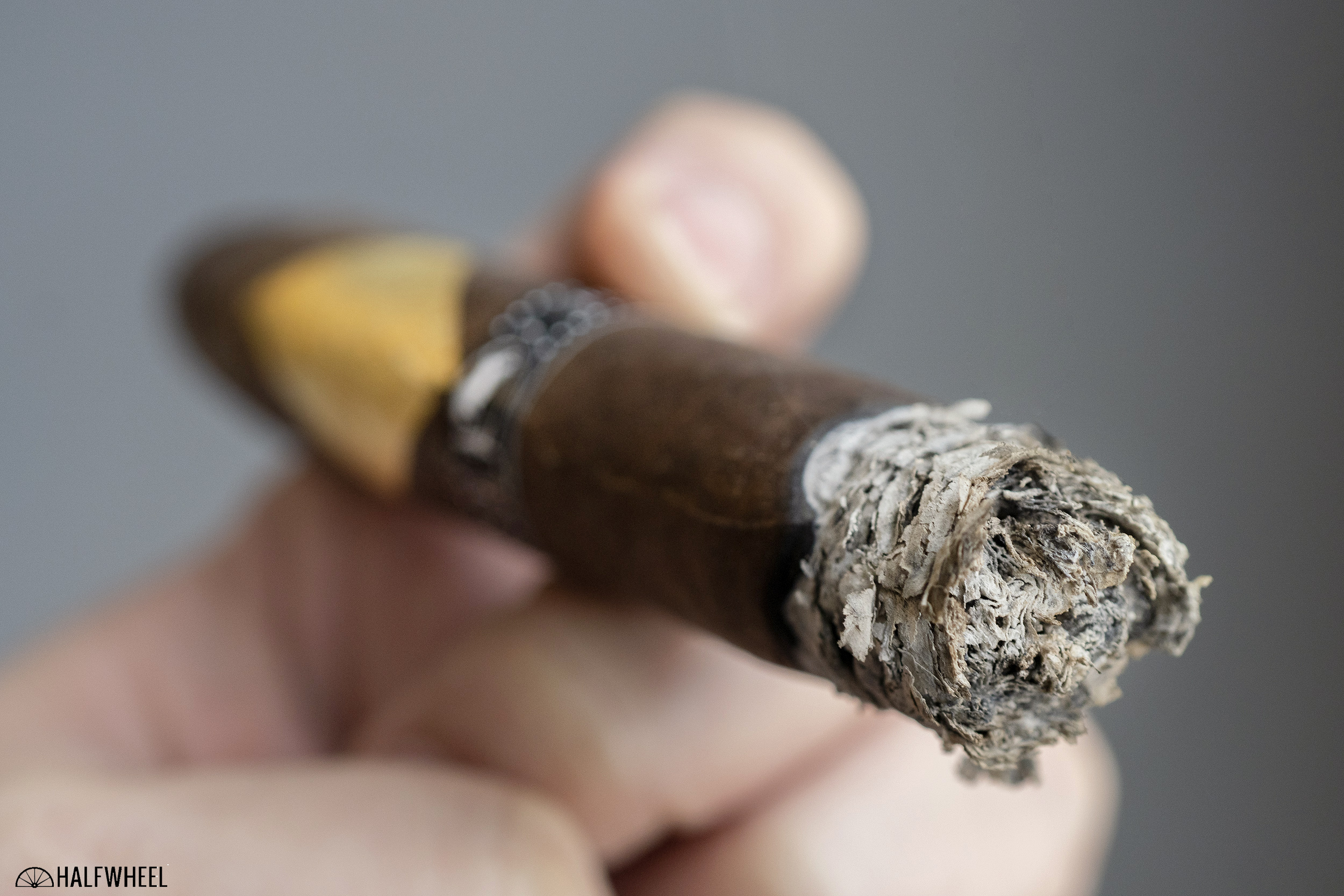 Once again, the Cavalier Genève Black Series II Salomones has a distinct change in flavors for the final third. There’s a very pleasant Peychaud’s bitters flavor, herbs, earthiness and creaminess. Retrohales continue to deliver the Peychaud’s flavor along with some Worcestershire sauce and some rye bread flavors, though the latter comes and goes depending on the puff. The finish is largely toastiness, though at times I can taste some of the herbal flavors coming through. Flavor is full, body is medium-plus and strength is medium-full. Construction-wise, two cigars make it through without any corrections and then there’s the cigar with the bad draw, which continues to have a bad draw. 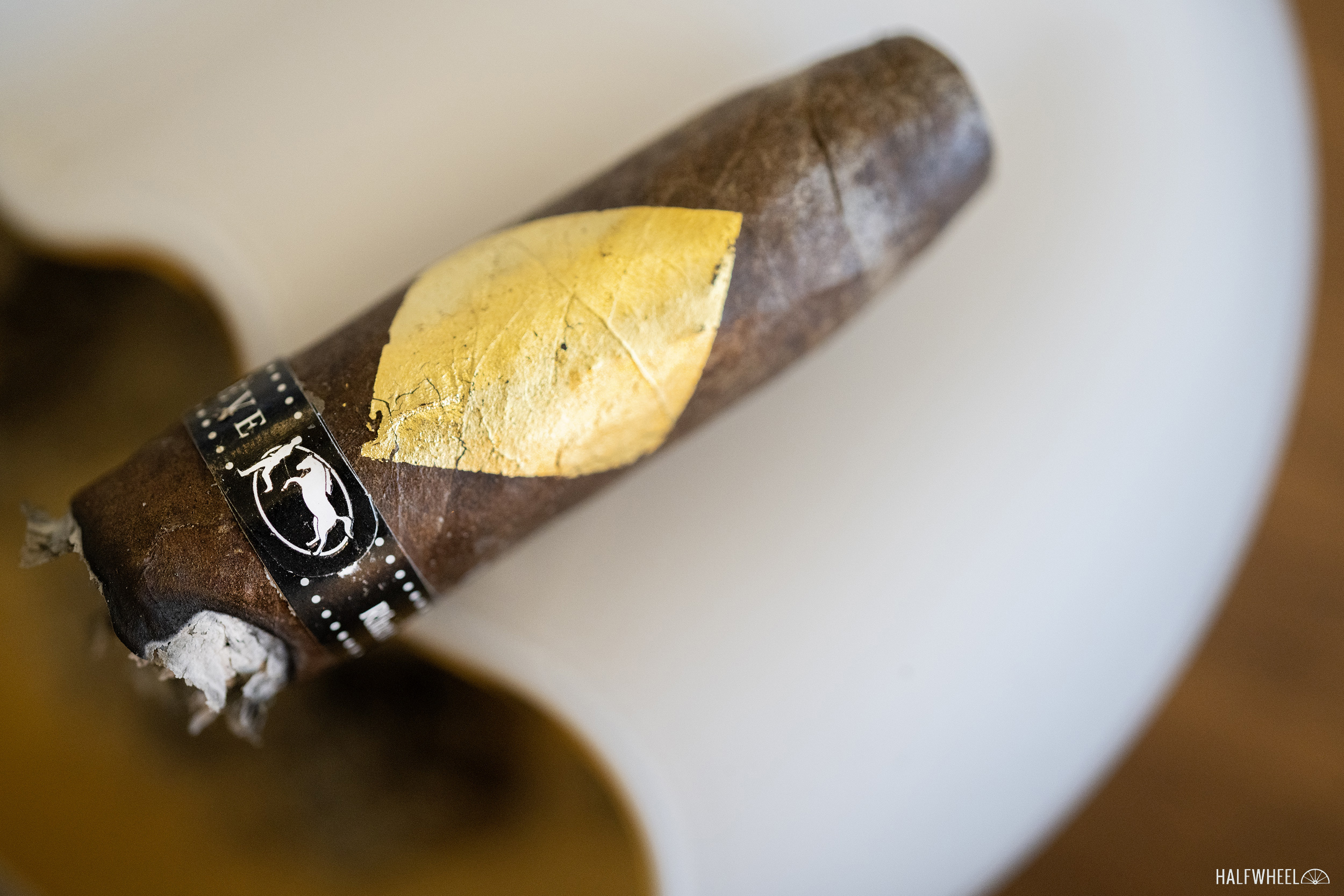 There are two issues I had with the Cavalier Genève Black Series II Salomones. First, the third sample I smoked—the one with the poor draw—inevitably torpedoed the number you see here. It was fine flavor-wise, not as good as the other two, but its draw and smoke production received deductions in each of the three thirds. Perhaps more concerning though, and less pertinent to the score, is that I don’t think this is a great representation of the Black Series II blend. While there was plenty of flavor intensity and strength, it lacked the power and boldness that I normally find in the blend. Even if this version of the profile was more awake, it was missing some of the contrasting sweetness that I think makes the Black Series II Cavalier Genève’s best blend.