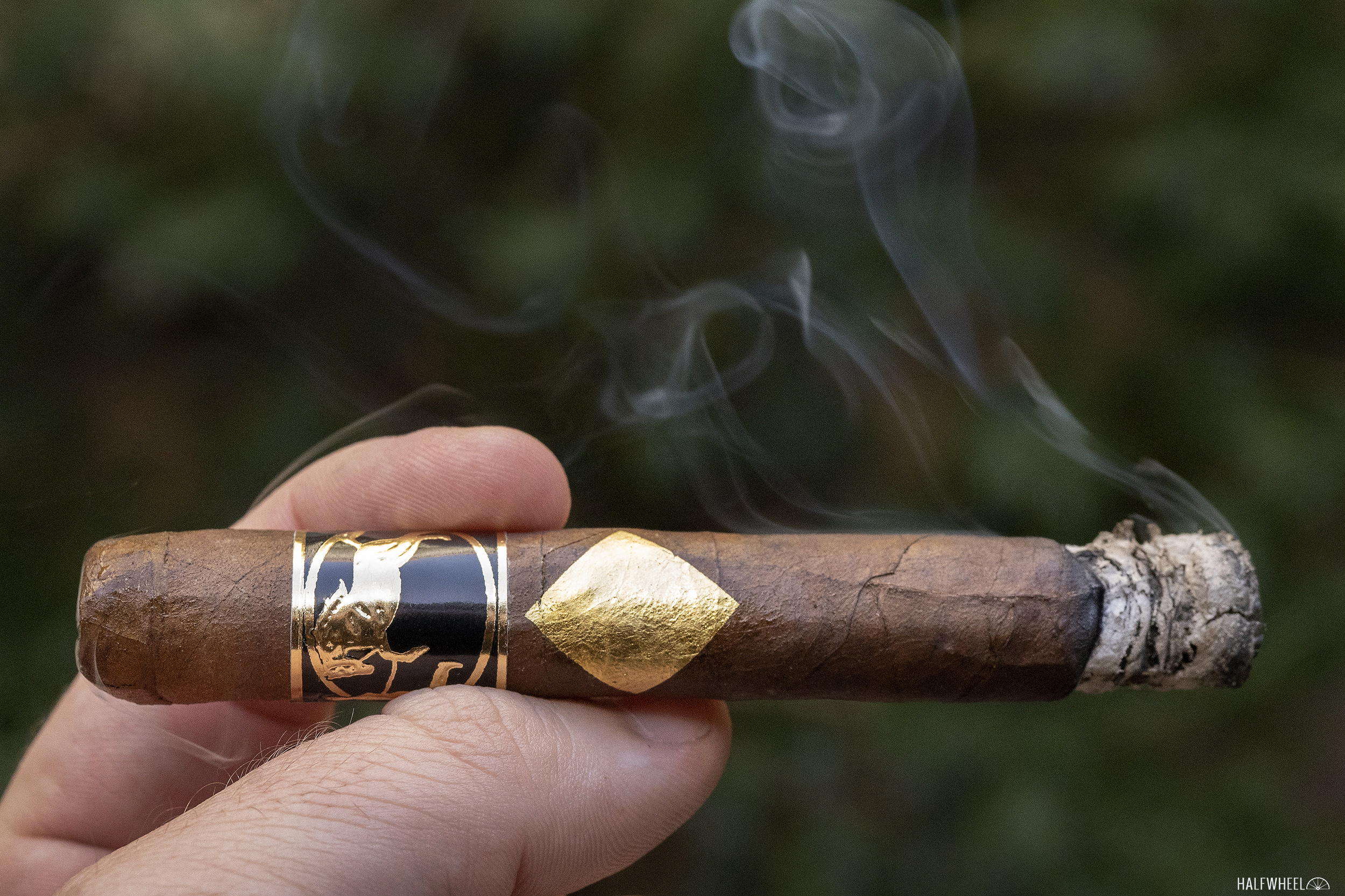 It’s a 5 x 44 vitola that uses a Mexican San Andrés wrapper over a binder and filler that both come from Nicaragua. As the name might suggest, it’s an exclusive to retailers in the United States, part of a line that has been around for almost four years but which underwent a name change to better identify its exclusivity.

The cigar comes wearing a black band, a nod to its origins as being the original Cavalier Genéve Black Series, which debuted at the 2016 IPCPR Convention and Trade Show. The line debuted alongside the company’s White Series, which was new to the U.S. market but had previously been sold internationally. At the time, the Black Series was an event-only release, offered in three vitolas, Robusto (5 x 50), Toro (6 x 54) and Double Corona (7 1/2 x 52).  It would become a regular retail offering in the coming months, beginning shipping on Valentine’s Day of 2017.

In the summer of 2019, the company rebranded that series into the USA Exclusive Series, a move that acknowledged that the cigars had always been made just for the American market but hadn’t been explicitly indicated as such.

“It is now important for Cavalier in its development to set it apart from the other releases in the USA and make it more convenient for retailers and consumers to know what the line stands for,” said Sebastien Decoppet, the company’s founder, when the change was announced. 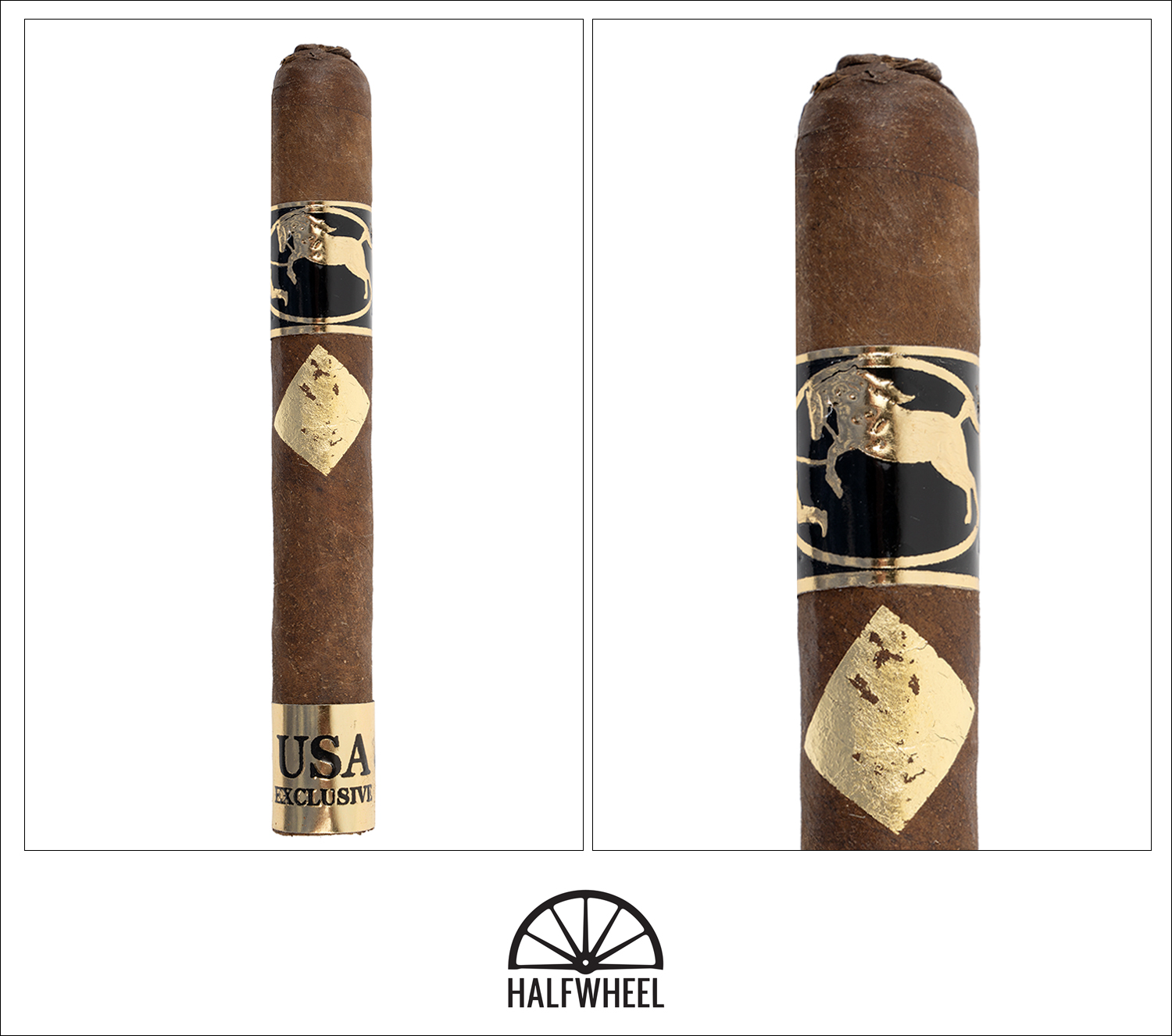 Cavalier Genève has always made an impression with the gold leaf diamond that sits just underneath the band; this cigar is no different, but it features even more flash with the addition of a reflective, metallic gold foot band. Underneath the bands lies a wrapper that is a medium to dark shade of brown, reminiscent of coffee beans both in color and the variance in the color, as there is some mottling to be found. The cigar is rolled firmly and looks quite good, capped off by a small, tight bun of tobacco, though that shows some variance as well. The aroma off of the foot reminds me of plain beef jerky, or more particularly of the aroma that emanates from a food dehydrator while beef jerky is being made. There is a bit of a generic tobacco aroma as well and some occasional sweetness, with the overall impression generally on the mild side. The cold draw ranges from a bit loose to the ideal amount of firmness, the former not problematic but more open than I’d like. The flavor isn’t too far off from the aroma, a bit less meaty but I could see jerky tasting like this, while one sample adds a subtle and complex mix of cream, woods and mixed nuts.

If the pre-light experience from the Cavalier Genève USA Exclusive Petit Corona was tame, the first puffs of the lit cigar are anything but. There’s a good amount of earth and pepper out of the gate, with accents of wood and coffee that provide a drying sensation in the first quarter of an inch, while a bit of citrus sweetness tries to stand out, succeeding in one of the three samples. It’s a challenging flavor group to get my palate and mind around because so much is happening, and that’s before I figure out what puffing speed will serve the flavors best. Just past the one-inch mark when the first clump of ash is ready to come off, the profile picks up some creaminess, and there are a few brief spots where I taste a bit of oatmeal as a result of the transitions. There is a steady mellowing of the flavors as the blend lets off the gas pedal a bit, though I’d hardly say it becomes boring or flat. A retrohale at the end of the first third shows some bright white pepper, a somewhat unexpected hit given that the cigar has become a bit milder. Flavor started full but has since dialed back towards medium, while body and strength have held around the medium-plus range.

Having already experienced the cigar seeming at its most vibrant and now in a more subdued states, I’m having a bit of trouble debating which I prefer. There is a certain appeal to the bigger, bolder flavors, much like there is with a rock concert or thrill ride. Yet the more relaxed approach has its own draw, not unlike quiet stretching or a mellow piece of music where the magic is found in between the notes. There is still some body to the smoke, with a very subtle earthiness to the flavor and a bit of pepper that lingers around but is reluctant to stand out ahead of the halfway point. One sample has an impressive sweetness that reminds me a bit of custard with a bit of iced latte, and one I wish had been more prevalent.  That changes, however, as there is a bit of gruffness that emerges from the Cavalier Genève USA Exclusive Petit Corona just past the midway point; it’s not harshness but there is a bit more of a challenge to be found in each puff. The final puffs add a bit more black pepper for the palate while the nose gets occasional touches of sweetness as well as a red chili pepper sensation, adding a bit of heat to the mix. The technical performance remains quite good, while flavor and body sit at medium-full, occasionally flirting with full strength, and strength feeling a bit behind that but beginning to build. 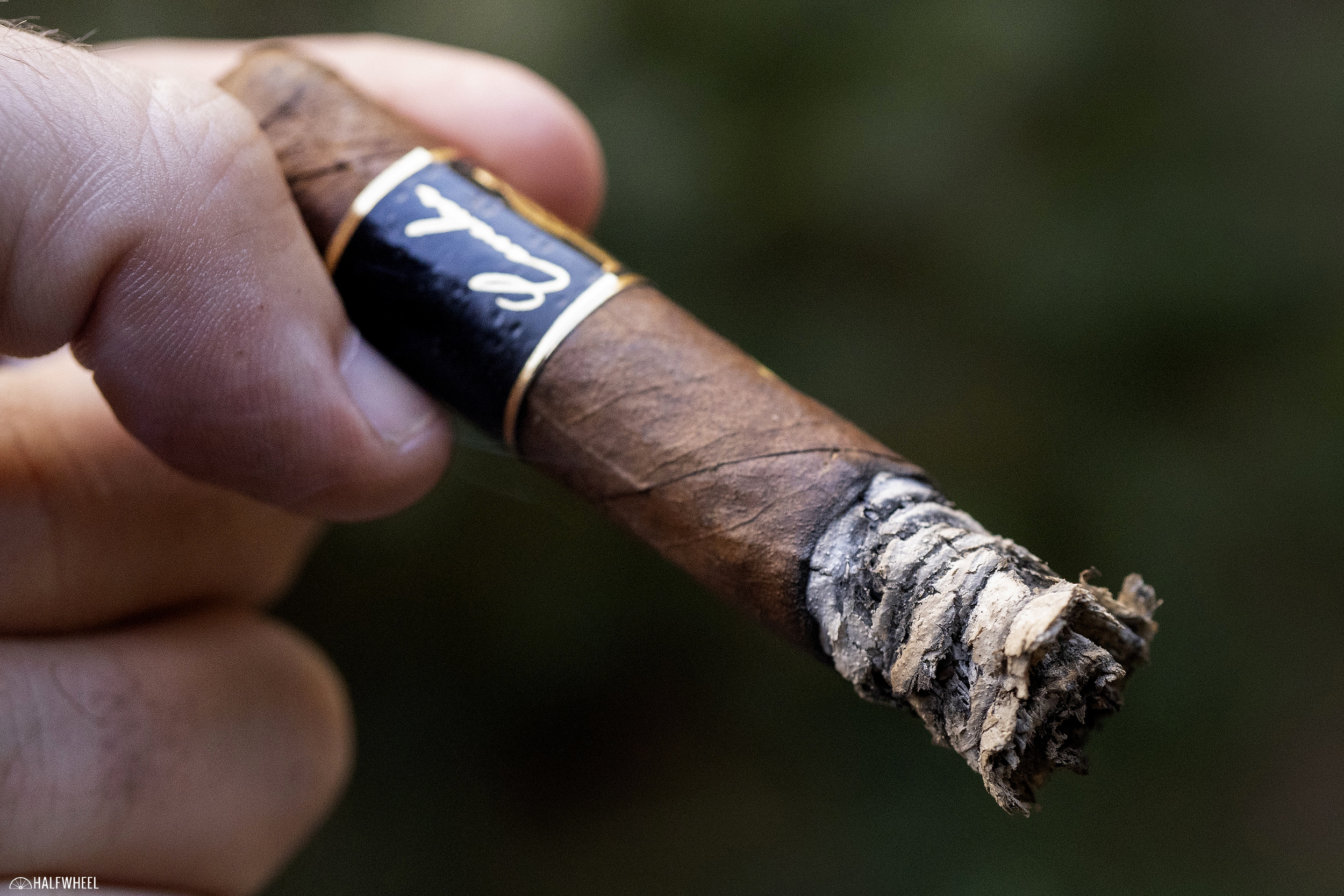 The final third of the Cavalier Genève USA Exclusive Petit Corona begins with some continued roughness from the profile; the first cigar was quite robust, while the second and third were a bit more palatable though still a bit rocky. At times, the blend feels like it is trying to make a return to what it was offering in the first puffs, yet it never quite gets there in terms of flavor, fullness or complexity. It also shows that even with the full start, those first puffs were quite well balanced, something I don’t think I appreciated at the time. Even with the rougher profile, two of the three cigars are still quite enjoyable, with the third sitting right on that border of where I’d probably put it down were it not for the review. Each finishes on a fairly enjoyable note, bringing some of the creaminess back into the profile while holding onto the rocky earth and pepper that varies between black and red chili. The technical performance is still very good, as I haven’t had to touch up any of the samples, the draw is very smooth and smoke production is plentiful. 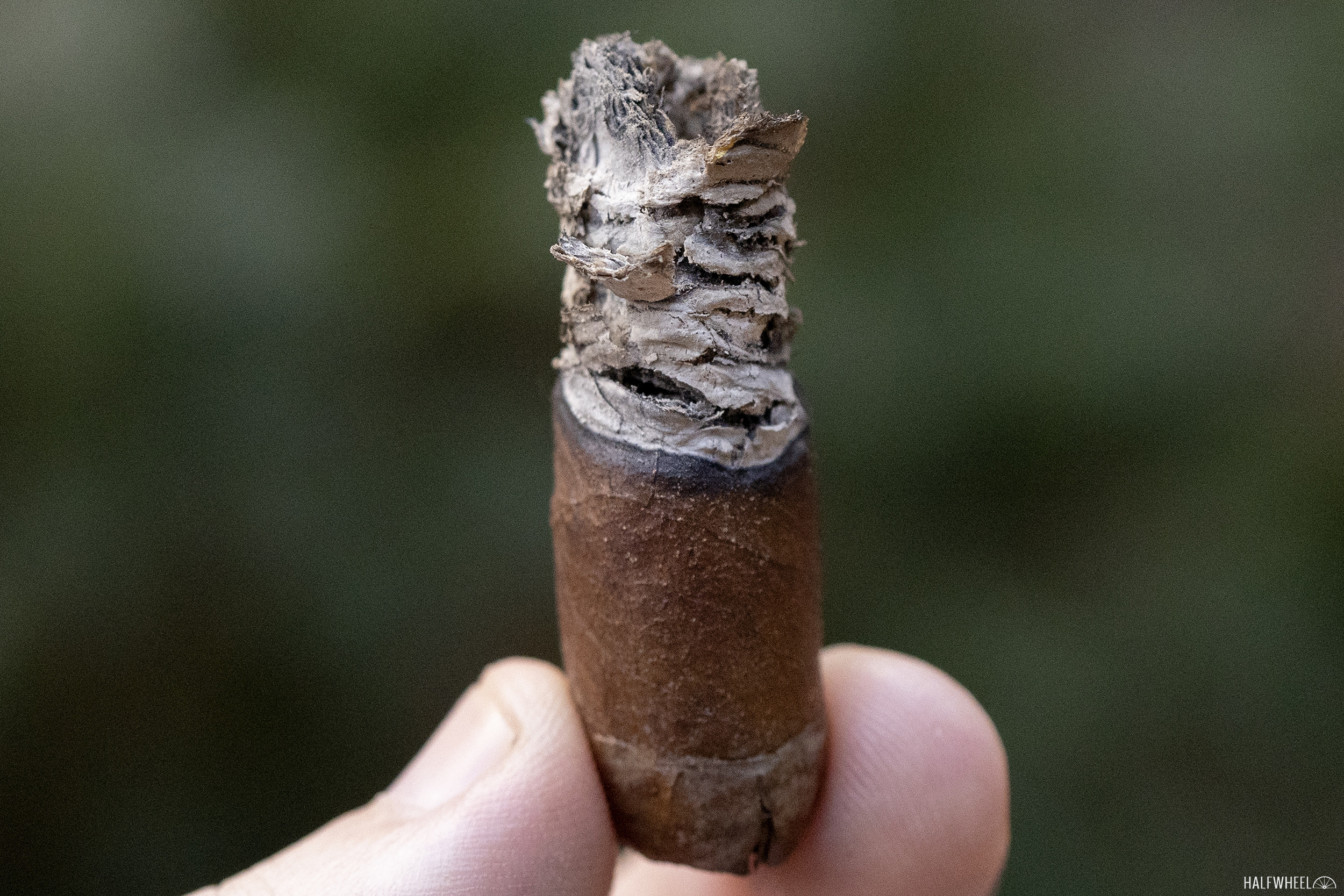 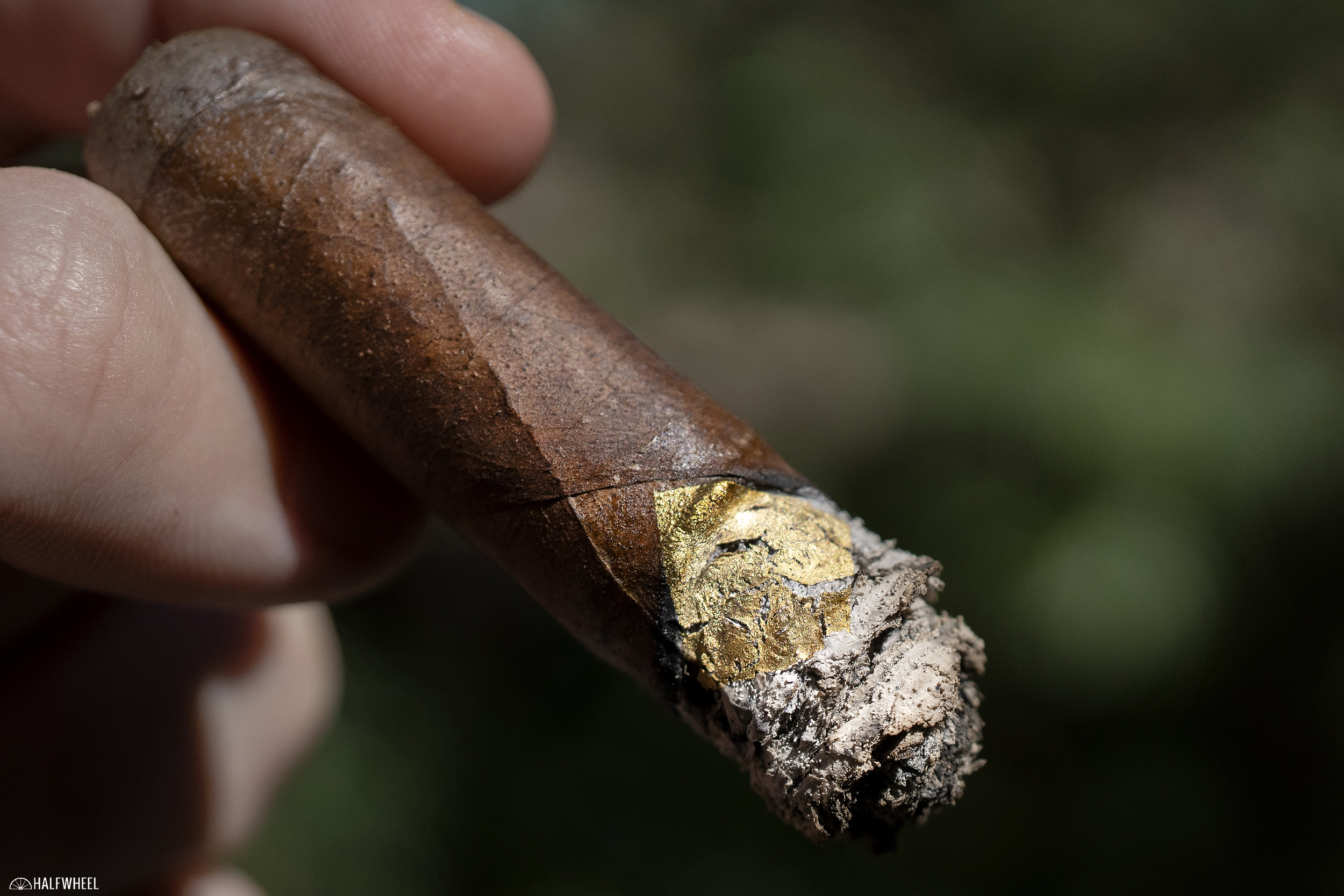 The Cavalier Genève USA Exclusive Petit Corona is one of those cigars that comes out swinging and then has to find its pacing the rest of the way, which in this case means some ups and downs in flavor intensity and a final third that wants to get back to that earlier performance but can't quite do it. It's more of a progression that one might expect from a smaller cigar, but for the most part it is enjoyable, even with a few bumps along the way, including a final third that can be a bit too robust for my liking. This cigar does its best to make the most of its vitola and fairly quick smoking time, resulting in an enjoyable experience at the end.