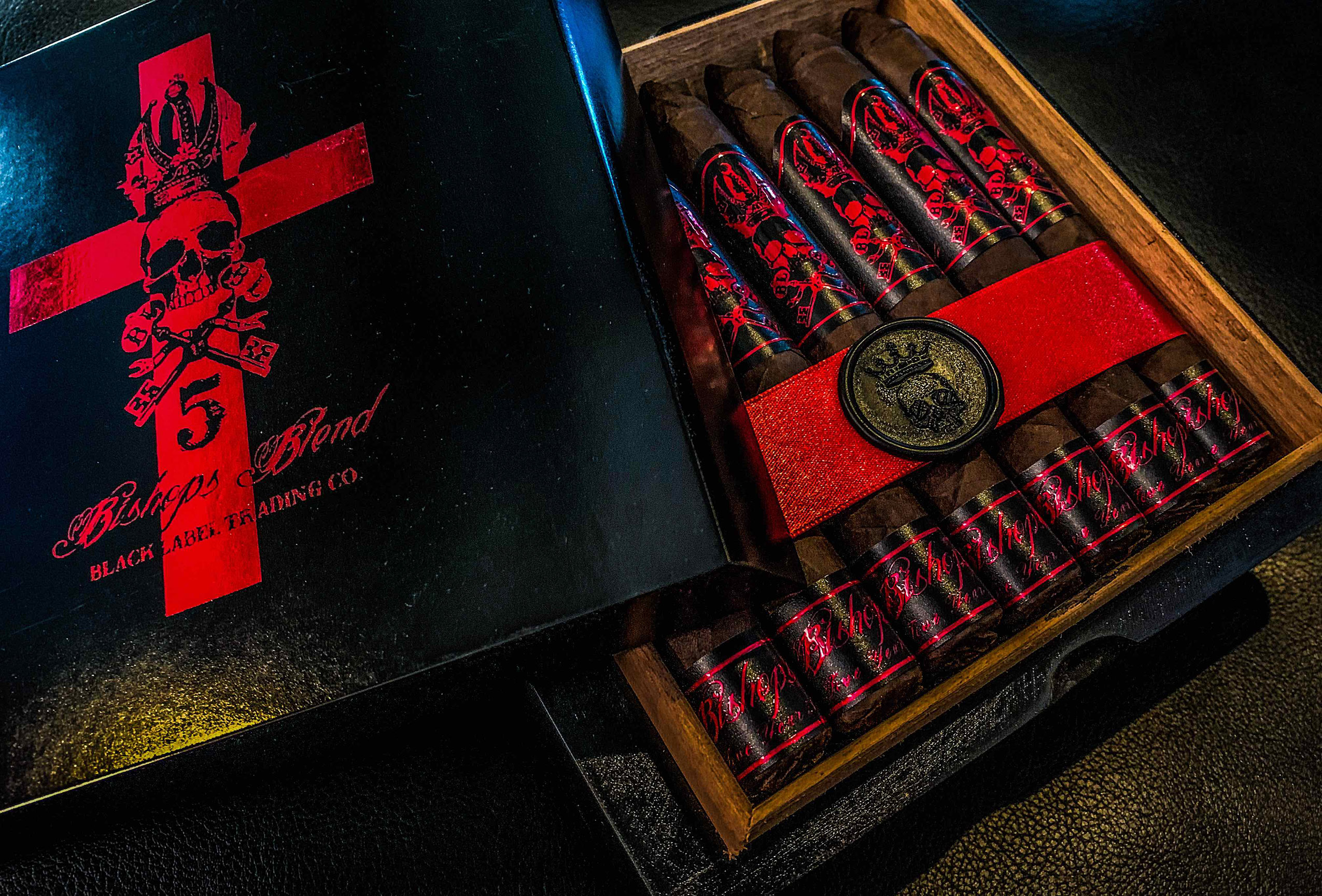 Black Label Trading Co. is celebrating the fifth anniversary of its Bishops Blend limited edition this year, and after releasing a limited edition lancero vitola about six weeks ago, the company is continuing the celebration with the shipment a pair of more familiar sizes.

The two sizes are the same that were part of the line’s debut in 2016 and have been used for every subsequent release. 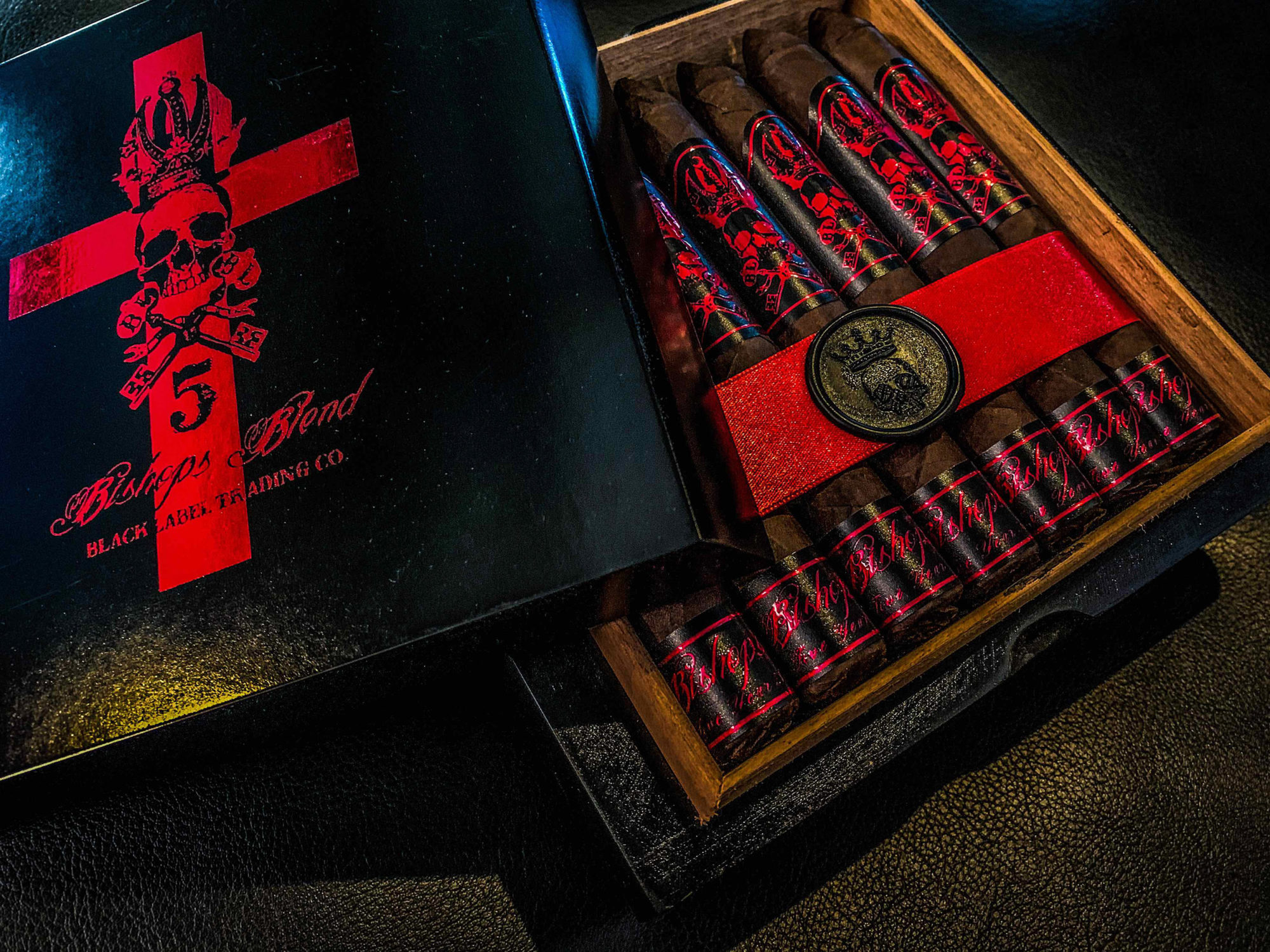 The Bishops Blend features an Ecuadorian habano maduro wrapper, Ecuadorian habano binder, and fillers from Nicaragua and Connecticut, as well as Pennsylvania-grown broadleaf. It is made at Fabrica Oveja Negra in Estelí, Nicaragua. Production is limited to 450 boxes of each size, which will be distributed among U.S. retailers and the company’s German distributor. It’s a bigger release than the Lancero, which came out at the end of March and was limited to just 150 boxes of 12 cigars produced, a total run of 1,800 cigars.

This year’s release also comes with a modified design that features the number 5 in celebration of the line’s fifth release.