Four of the largest cigar companies have announced they will not be exhibiting at the upcoming 2020 PCA Trade Show & Convention, formerly known as the IPCPR Convention & Trade Show.

Altadis U.S.A., Davidoff of Geneva USA, Drew Estate and General Cigar Co. will not have booths due to a number of issues, primarily the declining direction of the trade show, specifically the declining attendance, the increased costs of exhibiting and the Premium Cigar Association’s (PCA) response to those trends.

Those four companies are believed to not only be the four largest premium cigar companies doing business in the U.S, but also the four largest in terms of their trade show presence. Together, the group had 27,500-square-feet of booth space at the 2019 IPCPR Convention & Trade Show, or 18.17 percent of the trade show floor. Furthermore, the companies are also major contributors to the trade show’s top-line revenue in other ways: General Cigar Co. has been the sponsor of the kick-off party, Davidoff sponsors the hotel room key cards, Drew Estate buys large amounts of signage and Altadis U.S.A. has sponsored the state association breakfast. In total, those sponsorships alone provided over $100,000 annually to the PCA. The companies have raised concerns about the structure of the trade show in nearly every facet: the time of year it takes place, its size, its format, i.e. a trade show centered around sales, and the economics behind it. Some of that includes the economics of the PCA itself, an organization that is controlled exclusively by retailers, but funded primarily by manufacturers, namely through its trade show.

“PCA needs to commit to genuine engagement with the industry it purports to represent and provide seats with decision making and voting authority to the up and coming retail leaders of the future, manufacturers, and other key stakeholders so that together this group can work in lockstep to arrest the deterioration of the trade show, take actions that make the show valuable and relevant again, as well to transform the trade association in a way that meets the needs of all stakeholders in the premium cigar industry,” said Glenn Wolfson, Drew Estate’s ceo, in an email to halfwheel.

The PCA issued a statement late Friday night, that statement is in full below. Questions about whether these companies would attend the trade show began nearly a year ago, although some of these companies have been considering a move to stop exhibiting for the better part of the last decade. However, things intensified during the summer of 2019.

The four companies—along with CLE and Perdomo—had all been working together to write joint comments to FDA regarding regulatory issues. Seemingly during those discussions, the companies not only talked about the future of the business in a broader sense, but also the specific issue of the trade show. Those discussions became dramatically more serious when the companies heard about a potential merger between the IPCPR and Cigar Rights of America.

If the merger had happened, it would have meant that these four companies would almost certainly be left without a formal seat at the table of the proposed merged organization, which would combine the IPCPR—a retailer’s organization—with CRA, a group controlled by other manufacturers.

The IPCPR, now known as PCA after rebranding in the summer of 2019, typically begins selling its trade show floor space for the next year before the current trade show has started, beginning with the companies having the largest booths for logistical reasons. That was happening right around the time it was becoming clear that the IPCPR/CRA merger was stalling, but that the IPCPR would be going through with its planned rebranding to become PCA and the announcement of CigarCon, the now-cancelled consumer day.

Documents obtained by halfwheel show the companies asked questions about the merger, the proposed new organization, the current state of the trade show, how the trade show would evolve in the future, CigarCon, legislative commitments and other topics.

Meetings were held between the manufacturers and the IPCPR leadership, namely members of the group’s six-person executive committee, which is comprised exclusively of brick-and-mortar retailers, along with Scott Pearce, the group’s executive director.

What happened next is in dispute.

The manufacturers claim that after a series of communications—including some in-person meetings—the PCA responded to some questions raised but failed to acknowledge others. The PCA is likely to have a different side of the story.

Whatever the case, it’s clear that neither side came to an agreement. Meetings were held between the PCA and CRA last month which covered a number of topics, including the potential of these four companies pulling out.

By that point, the decision was likely all but made as committing to the show seven months out would have been pushing timelines from a logistical perspective. Furthermore, the two sides had made no meaningful progress in regards to addressing the issues raised by the manufacturers. 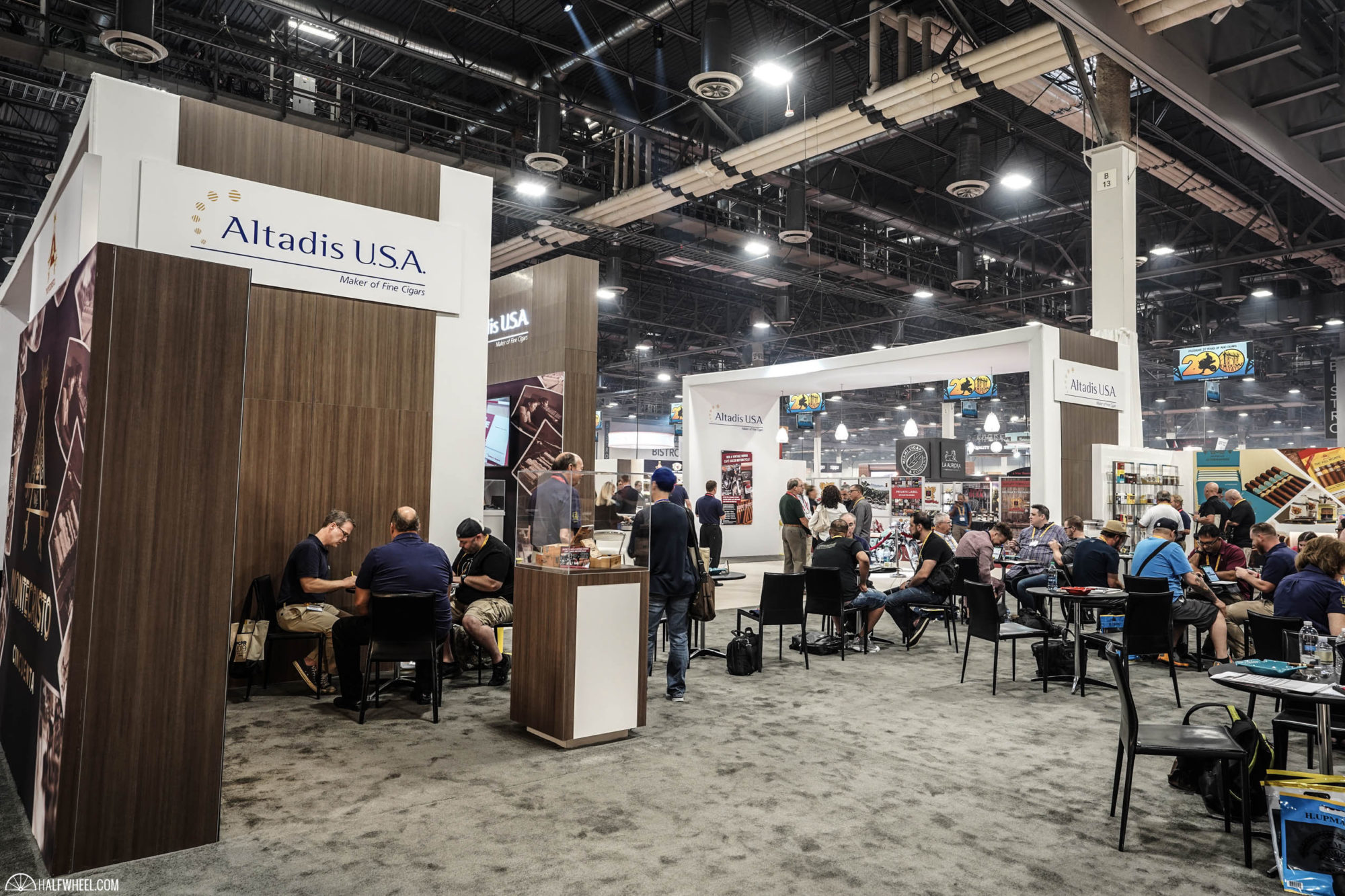 Estimates done by halfwheel show that the majority of IPCPR’s revenue is directly generated by the trade show, with most of that money being contributed by manufacturers. Reviews of the IPCPR’s 990 forms, the tax documents the organization must produce as part of its non-profit status, show the organization doesn’t generate much revenue outside of the trade show and membership dues, which are paid by manufacturers, retailers and others so that they may attend the trade show. This means that all of the IPCPR’s revenue has been generated in one way or another by the operation of its trade show.

As part of the PCA rebranding, there have been efforts to generate outside revenue such as other small events and a new magazine, but it’s unclear if any of those efforts are providing noticeable revenue, let alone profit.

When the PCA was unveiled, the organization argued that it was removing the word Retailer’s from its name because Premium Cigar Association better represented who the group was representing: the entire industry.

The manufacturers have taken some issue with this characterization, specifically because they have no say in how or where the PCA spends its money representing the industry.

“This point is one of the most important elements of our discussion regarding the contribution and use of industry funds – manufacturers should be working together in directing the Premium Cigar legislative and regulatory efforts to get the biggest benefit from the collective financial contributions by the industry,” said Dylan Austin, president of Davidoff Americas, in an email to halfwheel. “As an initial step the PCA, as an organization of retailers and small manufacturers, should be willing to openly discuss and work together with the largest premium cigar manufacturers to efficiently manage manufacturer efforts.” 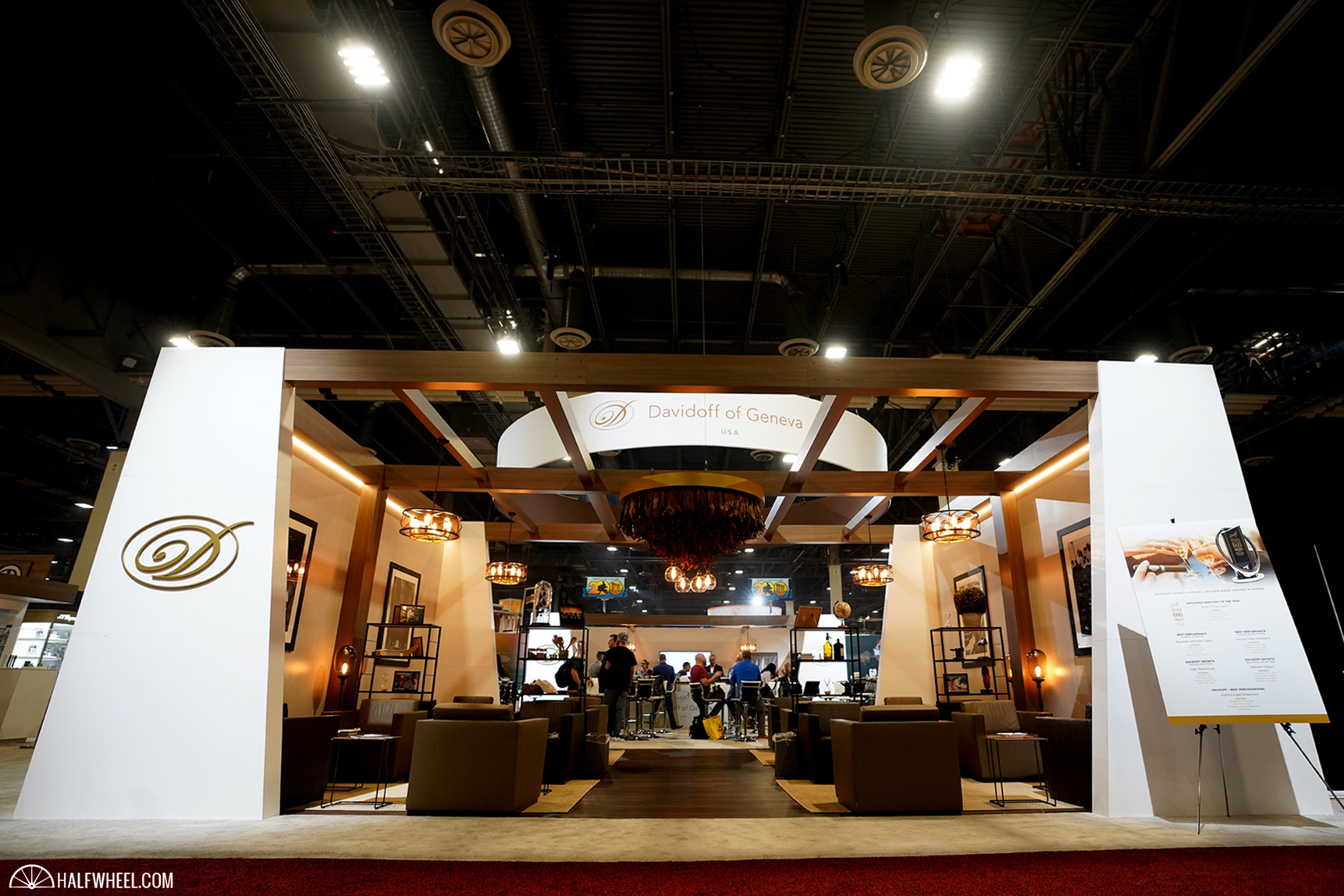 It now seems likely that other manufacturers will also choose not to attend. Discontent with the trade show’s increased costs and declining attendance has been a common complaint for all sectors of the industry—manufacturers, retail and others—and all sizes of companies. A survey conducted by halfwheel last year showed that 59 percent of exhibitors surveyed had lost faith in PCA’s leadership.

Currently, the PCA shows roughly 90 committed exhibitors for the 2020 trade show, though that number is probably greater than 90, as that list only includes companies that have paid their deposits and other fees in full. It also doesn’t take into account what happens when companies share booth buys. For context, the PCA listed 211 vendors for IPCPR 2019.

The PCA declined to answer questions about whether other specific companies have committed to attending.

It seems nearly impossible that the four companies would reverse course and exhibit at the 2020 trade show in any meaningful way. The logistics required for these companies likely require more than six months of planning, and the commitment to exploring the changes would be a dramatic reversal of course for the PCA.

One area that also gets affected is the overall amount of money that is being contributed to the regulatory battle. Given that the PCA’s profits are used for funding regulatory issues, it means that these companies indirectly contribute to the PCA’s legislative efforts. All four companies are members of the Cigar Association of America, which also funds efforts like the lawsuits against FDA and some have other individual efforts.

The companies said they would look for ways to support the regulatory battle and stressed that they would increase their commitments in areas where they see fit. Régis Broersma, president of General Cigar Co., told halfwheel that the company will be directing part of the budget allocated for PCA to regulatory efforts, while “new product development and more aggressive trade programming” on new and core lines will also get more focus. “And to further have the portfolio fully predicate so our customers can continue the business without disruption.”

Update: Late Friday night, the PCA sent the following email to its retailers:

As you may have heard from today’s press releases, four companies announced they will not exhibit at PCA 2020. We want to assure you that the world’s biggest premium cigar and pipe show is on with over 110,000 square feet of space booked by hundreds of family-owned companies. The four companies not attending represent 12% of show space and, since the announcement, many exhibitors have reached out to PCA to secure booth space, potentially expand their footprint, or relocate to the vacated space.

The PCA 2020 show will be full, with the family-owned manufacturers who support the brick and mortar retailers and whose products fill our humidors. It is more important than ever that family-owned businesses that built this industry come together. This year, PCA 2020 will have some exciting new features to showcase new products and help retailers and exhibitors create and enhance relationships. We will be rolling out new information in the coming weeks and months on those developments.

The PCA trade show remains not only the most important business event in the premium cigar and pipe industry, but also our greatest asset in fighting back regulations on both state and federal levels. Your membership and attendance at the PCA trade show directly finances the industry’s legal challenges against the FDA. To date, along with our partners at Cigar Rights of America, we have spent a combined $4.5 million just on litigation against FDA regulatory oversight, not to mention the millions we spend every year on our legislative agenda. These efforts have benefited the entire industry.

Our biggest priority remains focused on keeping a pathway for new products to come to market. After years of fighting, we are making some incredible new head ways in achieving major regulatory relief for the industry. For any member who would like to get more involved in the PCA and in serving on a committee, please contact PCA Executive Director, Scott Pearce.

We thank you for your continued support and look forward to seeing you in Las Vegas this July at PCA 2020.

PCA Board of Directors