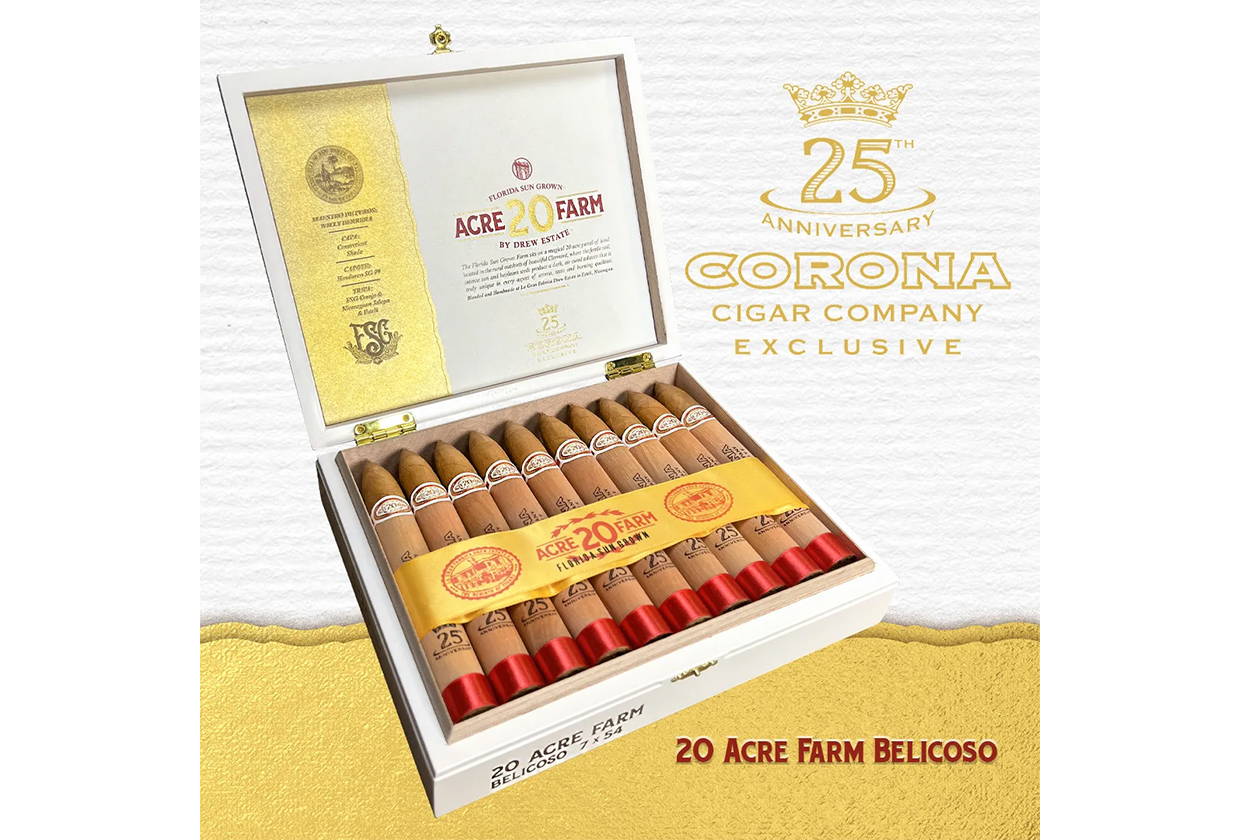 Just a few weeks after its national release, the 20 Acre Farm line from Drew Estate is adding its first store exclusive, as a 7 x 54 belicoso will be heading to Corona Cigar Co., which is headquartered in Orlando, Fla., in celebration of the store’s 25th anniversary.

While the company has not yet announced specifics of the new vitola other than its dimensions, the line uses an Ecuadorian shade-grown Connecticut wrapper, a Honduran habano binder, and fillers from Nicaragua’s Estelí and Jalapa regions, along with Florida Sun Grown tobacco that is grown in Clermont, Fla. on a farm owned by Jeff Borysiewicz, who also owns Corona Cigar Co. It is that farm that inspires the name for the 20 Acre Farm line. During a Facebook Live event on Thursday night, the company said that the cigar is scheduled to be released on March 3. A formal announcement about the cigar with more details is expected to be made on Friday.

Update (Feb. 23, 2022) — Drew Estate issued a press release today about the cigar; pricing information and an image of the cigar have been added.