Between October 2014 and March 2015, Crowned Heads = released three different cigars made exclusively for a singular state, each sans a traditional band and each with the same blend. The first release was the Tennessee-exclusive Tennessee Waltz, a 5 1/2 x 52 toro extra, while the second cigar was the Hawaii-exclusive Paniolo Especial 2015 released in February 2015 in a 5 5/8 x 46 corona gorda vitola.

The third cigar in the series was Yellow Rose, a 6 1/4 x 54 box-pressed torpedo produced solely for the state of Texas. As with the other two cigars above, the blend consists of a Connecticut broadleaf wrapper covering a binder and filler tobaccos sourced from Nicaragua, and the cigar was produced at My Father Cigars S.A. in Estelí, Nicaragua.

The Yellow Rose retails for $9.50, with boxes of 20 selling for $190, and the has continue to be made in batches since it debuted.

The marketing materials for the Yellow Rose release have this to say about the background of the name:

Here is what I said in my original review back in April 2015:

I have made no secret of the fact that I am a big fan of most of what Crowned Heads has released so far, and Yellow Rose is no exception. While the gritty earthiness of the Connecticut broadleaf wrapper does tend to overwhelm some of the other flavors at certain points — especially the first few puffs and at the very end — there are is still plenty of complexity in the overall profile. The middle third is easy the best of the cigar, with very distinct flavors and plenty of smoke production, while the construction was excellent for each of the three samples. Overall, another very good cigar for Crowned Heads, but I think I do like the Tennessee Waltz just a touch more.

As with the first time I reviewed the Yellow Rose, the cigar is dense in my hand, with a chocolate brown wrapper that is both rough to the touch and devoid of any oil, which makes sense since they came from the same box. There are plenty of obvious veins running up and down the length of the wrapper, and it is slightly spongy when squeezed. Aroma from the wrapper is a combination of barnyard, manure, leather, espresso beans and nutmeg  while the cold draw brings flavors of cinnamon, leather, ground coffee, vanilla beans and orange citrus.

Starting out, the Yellow Rose features a very obvious combination of creamy cedar and orange citrus as the dominant notes, along with other flavors of espresso beans, floral, leather, gritty earth, hay and baker’s spices. There is some vanilla sweetness on the retrohale that continues to be present during the entire smoke, as well as a saltines on my lips that comes and goes, although it is strongest in the first third. The second half of the Yellow Rose keeps many of the same flavors, including the dominant orange citrus and creamy cedar, but also adds a very interesting red pepper note on the finish that really bumps up the complexity of the entire profile, especially in the final third. 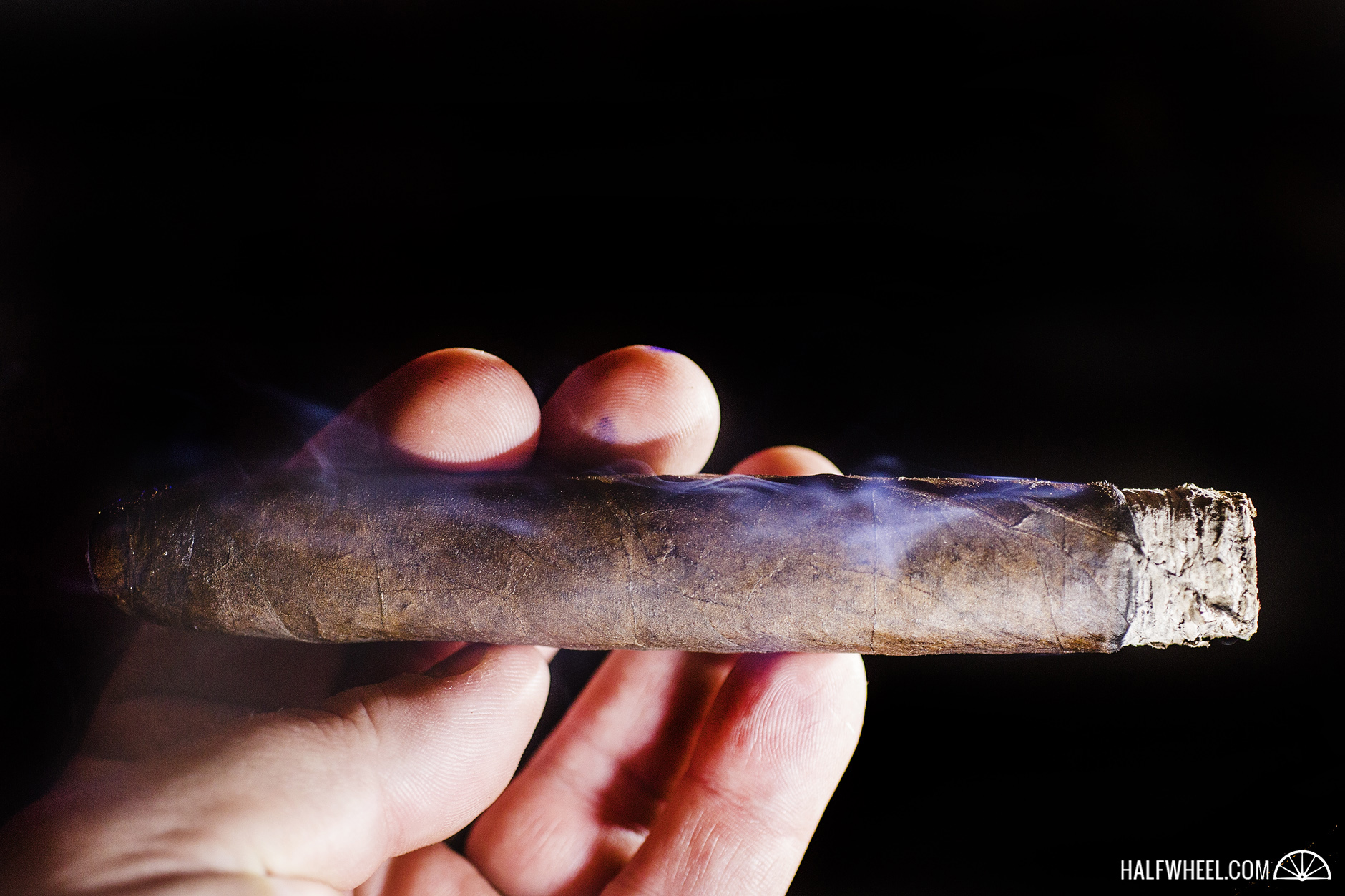 Construction-wise, the Yellow Rose features an excellent draw after a simple Dickman cut, as well as a burn that is close to razor sharp for the entire one hour and 30 minutes of the smoke time. The strength is a bit more subdued than the first time I reviewed it, ending the cigar at a solid medium, while the smoke production was quite high from start to finish.

I really enjoyed the Yellow Rose the first time I smoked it, and after over a year of rest, the Texas exclusive is even better. The gritty earthiness that was sometimes overwhelming when the cigar was fresh has been toned down, and time has added new flavors to the profile, including a stronger orange citrus note and red pepper, leading to a more complex profile overall. A very good cigar then has turned into an excellent cigar now and I imagine it will only continue to get better.