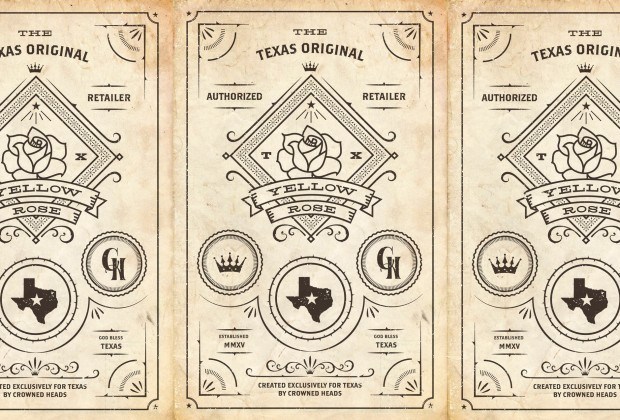 On the anniversary of the day that Texas declared its independence, Crowed Heads has a present for the state’s 179th birthday—an exclusive cigar. 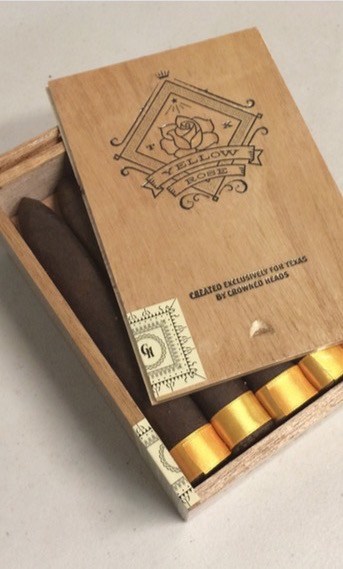 Dubbed Yellow Rose, the 6 1/4 x 54 box-pressed torpedo features the same blend as both the Tennessee-exclusive Tennessee Waltz and the Hawaii-exclusive Paniolo Especiale 2015: a Connecticut broadleaf wrapper covering Nicaraguan tobacco in both the binder and filler rolled at My Father Cigars S.A.. Like the Tennessee Waltz, Yellow Rose will be made in small batches depending on production demands.

The marketing materials have this to say:

Yellow Rose will be sold exclusivly to retailers in the state of Texas, and will have an MSRP of $9.50, with boxes of 20 selling for $190. It will sport a yellow ribbon around its foot instead of the orange ribbon that was found on the Tennessee Waltz or the teal ribbon on the Paniolo Especiale 2015. Crowned Heads co-owner Jon Huber told halfwheel that the company is hoping to ship Yellow Rose to retailers sometime around the “end of this month to early April.”