In 2016, XIKAR introduced a new take on a very classic product, the circular XO double guillotine cutter. While there have been many circular cigar cutters in the past, the XO was unique in that it incorporated a planetary gear system to ensure the double guillotine blades open and close in unison while also increasing the amount of force in cutting cigars without any additional work on the user’s part. However, at just under a half-inch wide and weighing 68 grams, the XO is big and heavy. And for some people, it’s too big and heavy.

Last year, XIKAR tried to rectify it with a new circular cutter, Ensō, named after a minimalist circle drawn in one stroke at a moment of clarity of the mind that symbolizes both strength and elegance in Japanese culture. 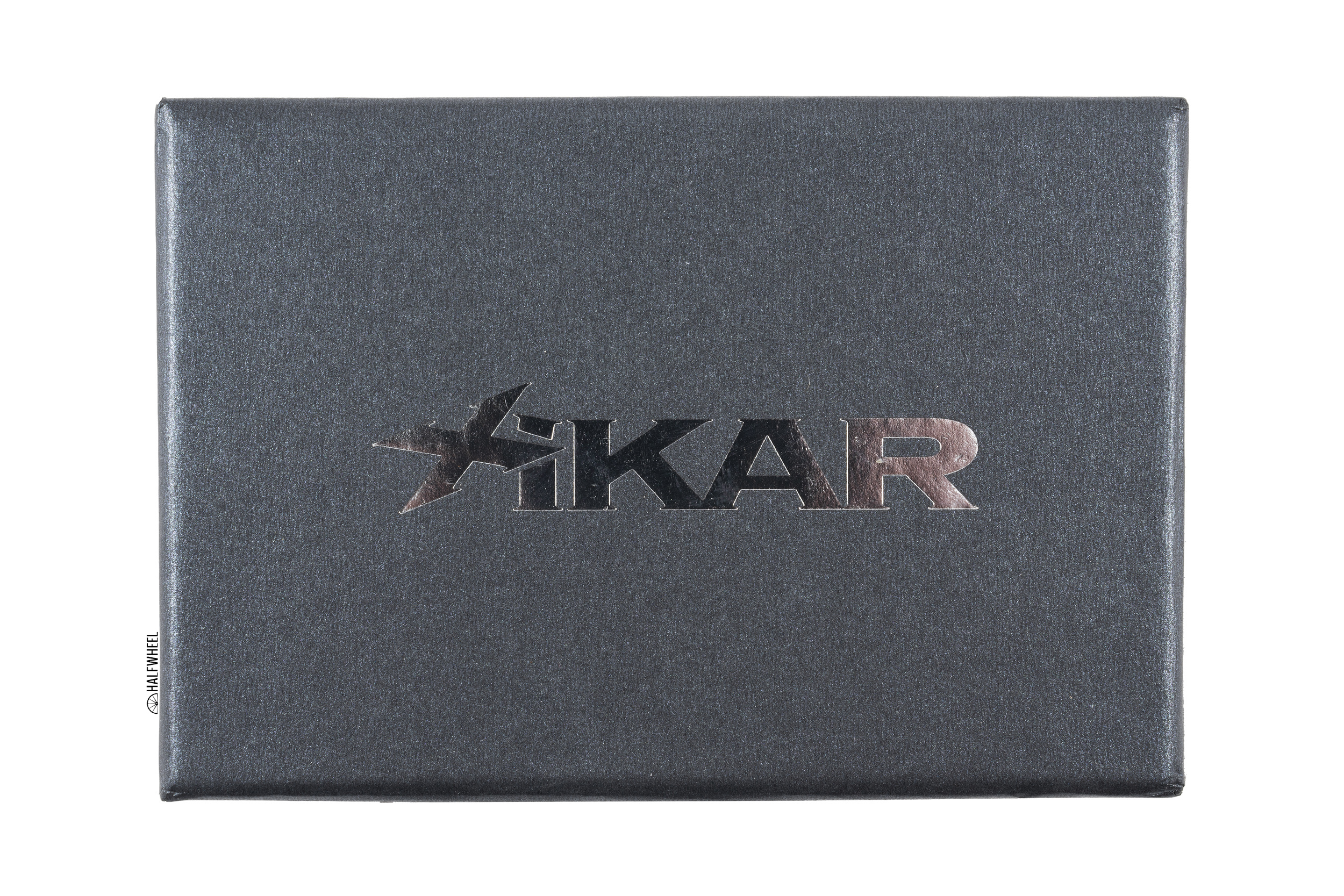 While similar in the fact that they are both circular guillotine cutters, the Ensō features a number of changes that set it apart from its older brother. For one, it is both thinner and lighter than the XO, specifically 54 grams and about 30 percent thinner. Those numbers might not sound like a massive change, but once you pick up the Ensō, particularly if you have an XO on hand, it’s quite apparent. Despite its smaller profile, it’s actually capable of cutting thicker cigars and the opening is big enough to fit an entire 68 ring gauge cigar through the cutter, while the XO is only capable of fitting a 64 ring cigar.

Most notably, the Ensō is a hybrid between a dual and single guillotine cutter. Unlike the XO, there is only one handle, but there are actually two blades that move. Once you begin to push down the handle, a blade appears on the opposite of the cutter to complete the cut.

The Ensō is currently available in six different finishes, all of which retail for the same $99.99 MSRP:

When looking at the front of the cutter, the XIKAR logo is located on a handle that moves up and down. Pulling that handle up causes both blades to open in unison until the handle comes to the end of its journey, where there is a slight click indicating that a small locking mechanism has been engaged. You then place the cap of your cigar into the opening and push down on the handle, which in turn begins the reverse process of closing both blades simultaneously. As the two blades meet in the middle, they cut through the cap and end up where they started with another faint locking click, where it will stat until the handle is once again pulled upward. 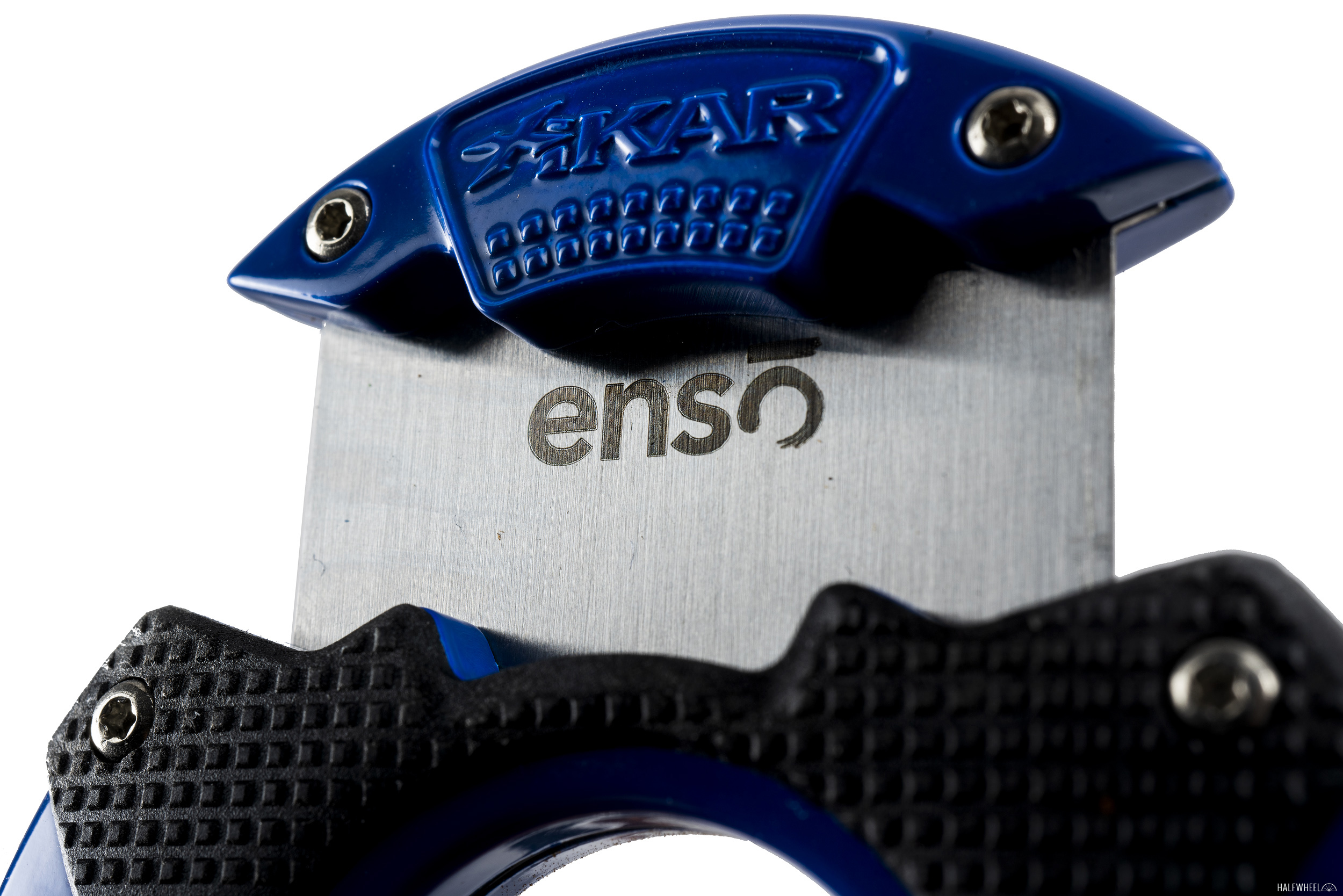 As mentioned multiple times already, the obvious competition to the Ensō is XIKAR’s own XO ($150), which utilizes a similar design as well as some of the same gears. The XO has come down in price so you can sometimes find it close to $100, making it a very direct competitor to the Ensō. My ultimate test for a cigar cutter is deceptively simple. Can I pull the cutter out, open it—however it opens—and cut a cigar, all without really thinking about the process? Unlike the XO, the Ensō fails this specific test every time I used it, leading to significantly more frustration in a process that should have none to mention. Yes, the Ensō is not only sleeker, thinner and lighter than the XO and the blades are plenty sharp enough to give you good cuts in just about any situation. However, it just does not work anywhere near as intuitively: where the XO is smooth, the Ensō jerks to a close; precision is easy with the former, while users of the latter will find it almost impossible. In the end, while possibly a bit more expensive, the XO is the superior cutter where it counts the most, and the one you should buy if you are looking for a cutter that is shaped like a circle.