Just before the 2016 IPCPR Convention & Trade Show, XIKAR announced a new cutter that had been in the works for more than three years. Named the XO, the cutter incorporates a circular design and uses a planetary gear system to ensure the double guillotine blades open and close in unison while also increasing the amount of force in cutting cigars without any additional work on the user’s part.

Built on an anodized aluminum body, the cutter uses stainless steel blades and has five different gears inside to move the blades back and forth on a rail system: one big gear that runs along the entire circular body as well as two gears on both the top and bottom of the cutter. 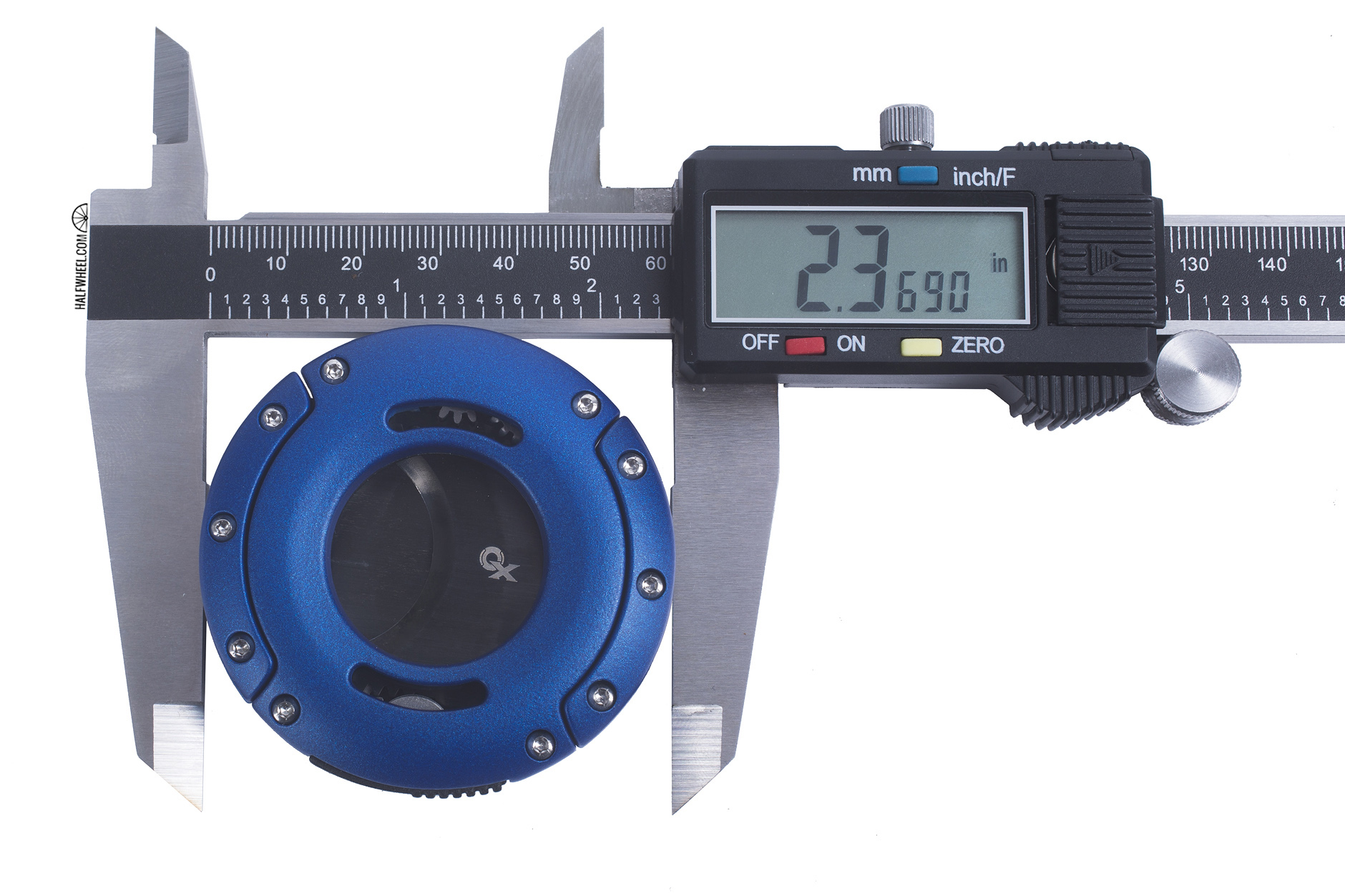 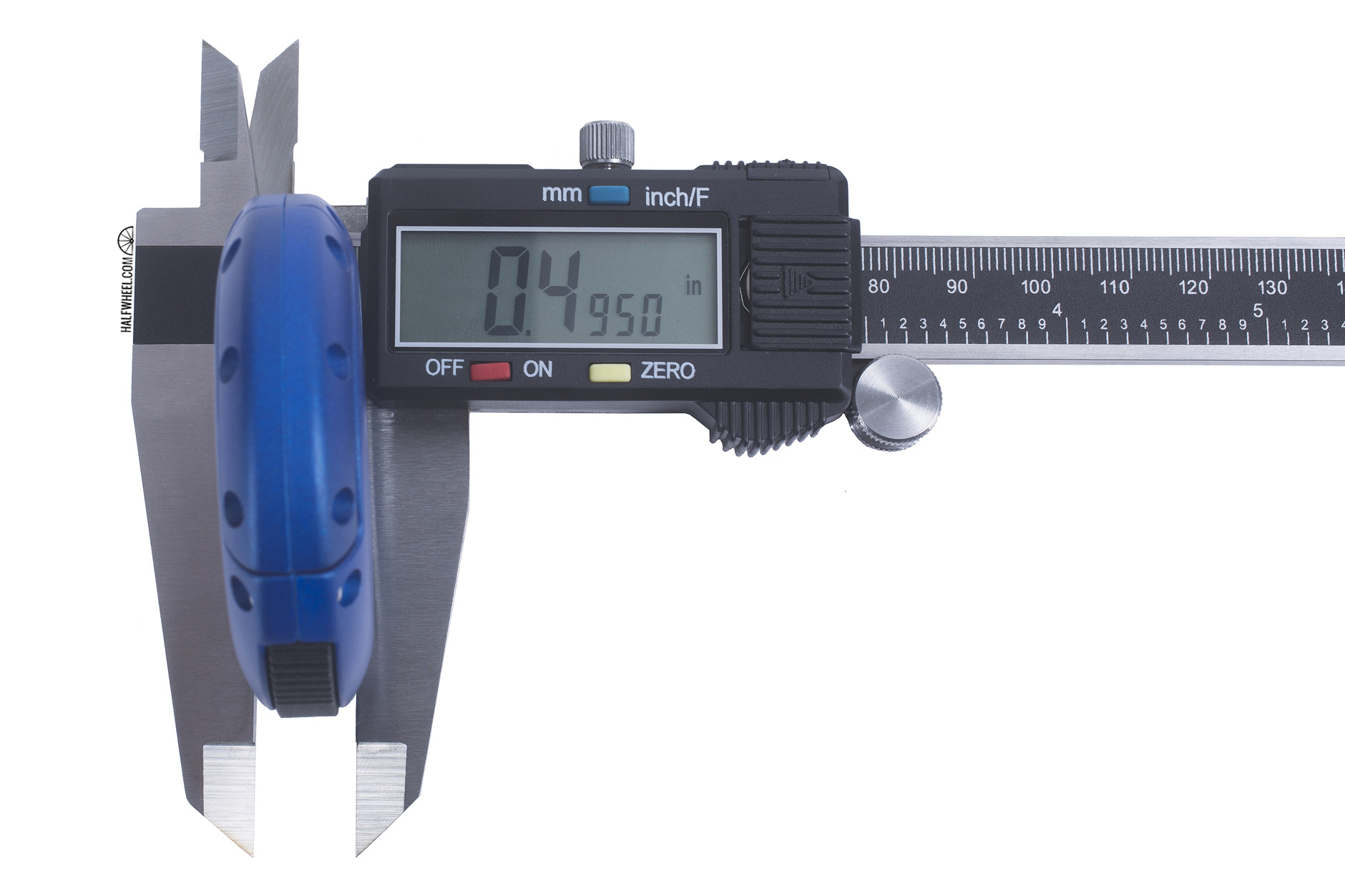 Physically, the cutter is .49 inches wide and 2.36 inches long while it weighs 2.4 ounces. It is capable of cutting an entire 64 ring gauge cigar, although you can obviously cut larger ring gauges if you are just cutting a bit off of the cap. The XO uses thicker 4034 stainless steel blades instead of the 440c blades that are found on most of the company’s other cutters, a change that was needed due to the overall design.

In terms of options, the XO is currently available in four different finishes:

There certainly will be more color options; for instance here’s an example of an all black design.

Visually, this is easily one of the most unique looking cutters I have seen in quite some time. Almost perfectly round, the blades are obviously in the middle, but there is no immediate indication on how to get the cutter to open. After some inspection, you find a small notched button on top that, when you push it, causes both blades to open simultaneously on a spring action rail system. 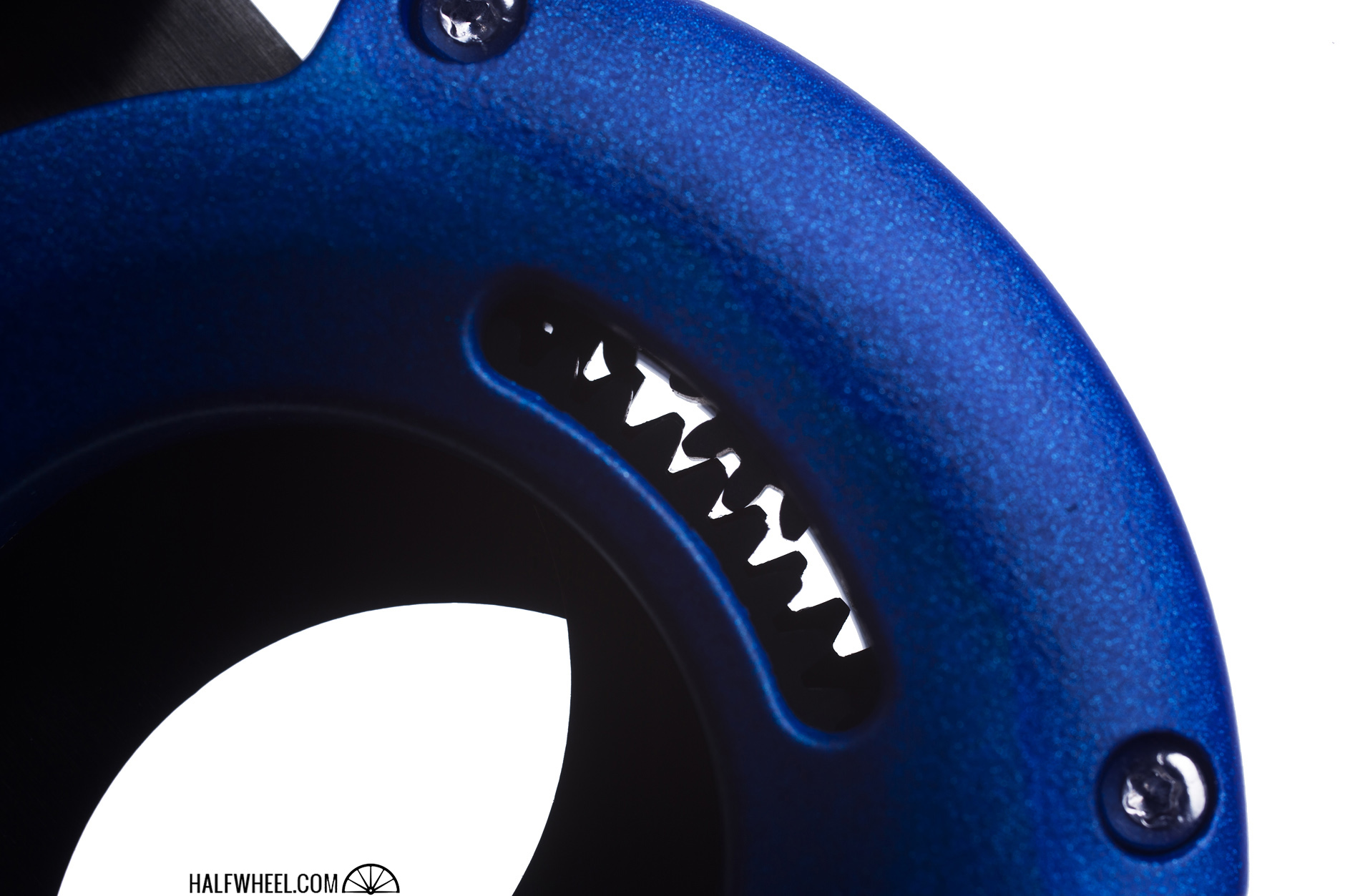 According to XIKAR, the cutter uses an internal epicyclic gear system, which keeps the blades moving in harmony, something you can see since there are small slits cut into the top and bottom of the cutter, allowing you to view the gears moving as you open and close the cutter. As you close the two blades, the gears move and the blades are built to sharpen each other as the cutter closes. Interestingly enough, since the blades are connected, you can close both blades by only pushing one side closed, although it does take some effort. 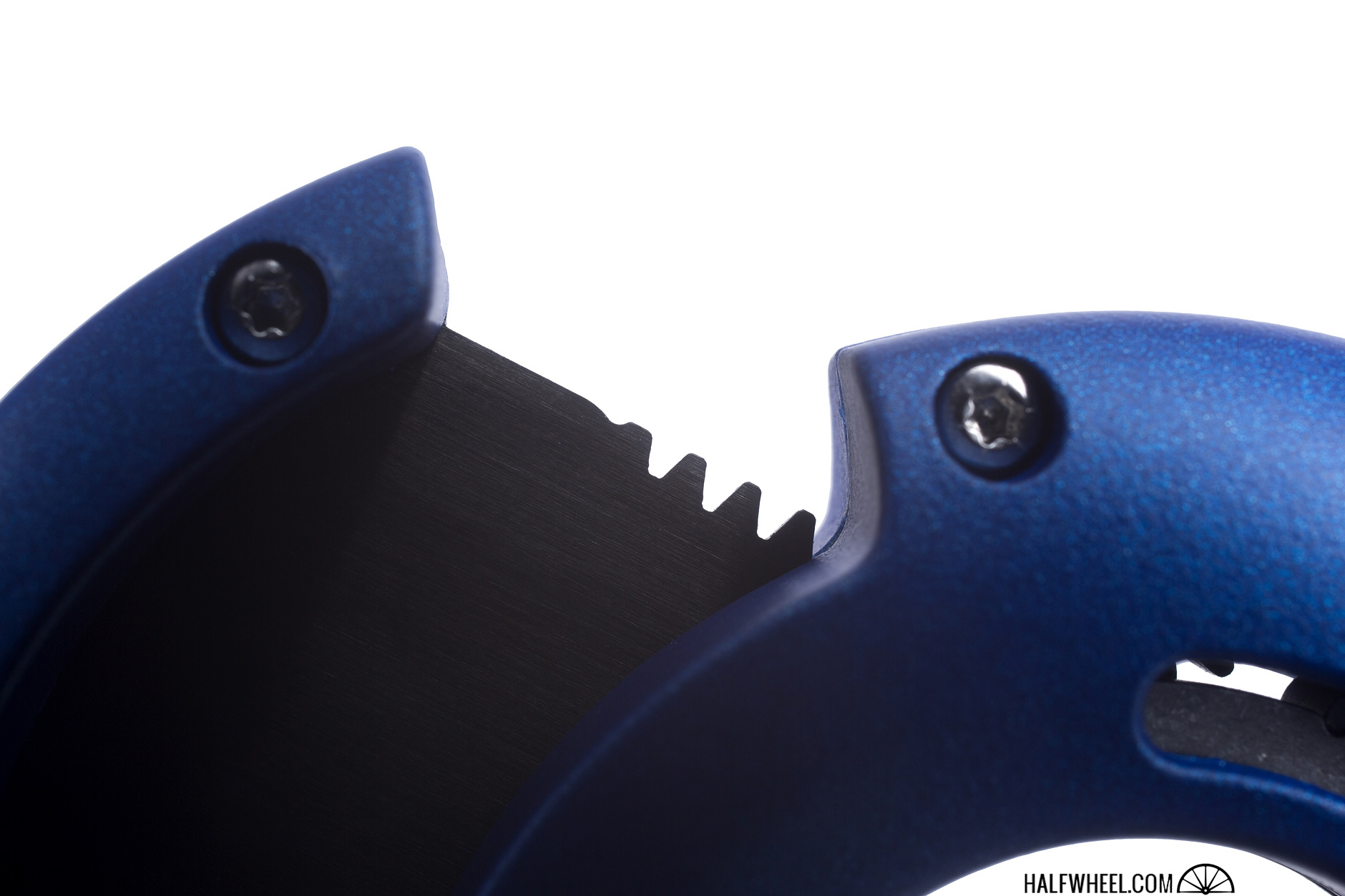 While I admit I was a bit taken aback the first time I saw it, the overt roundness really grew on me as I was using it. The anodized aluminum body is extremely durable, never even coming close to scratching or exhibiting any outward blemishes that I can see, and that’s after more than a month of use. The blades open and shut with a nice clicking sound every time you push the button, and there is not even the slightest indication that they will loosen up over time.

Now, all of the above is great and all, but lets get down to the whole point: how does the cutter actually cut cigars?

I can safely say that for the XIKAR XO, that is indeed the best part. The blades open and close with ease and never once was that an issue with them sticking or feeling loose. More importantly, when using the cutter, the gears have a tactile feel that gives you the sense of having control, maybe even an increased level of control, something that can’t be said for every cutter on the market. I found that I prefer to close the blades by putting one end in my palm and the other end on my fingers, but other people may feel more comfortable closing the cutter by using their thumb in place of their palm. 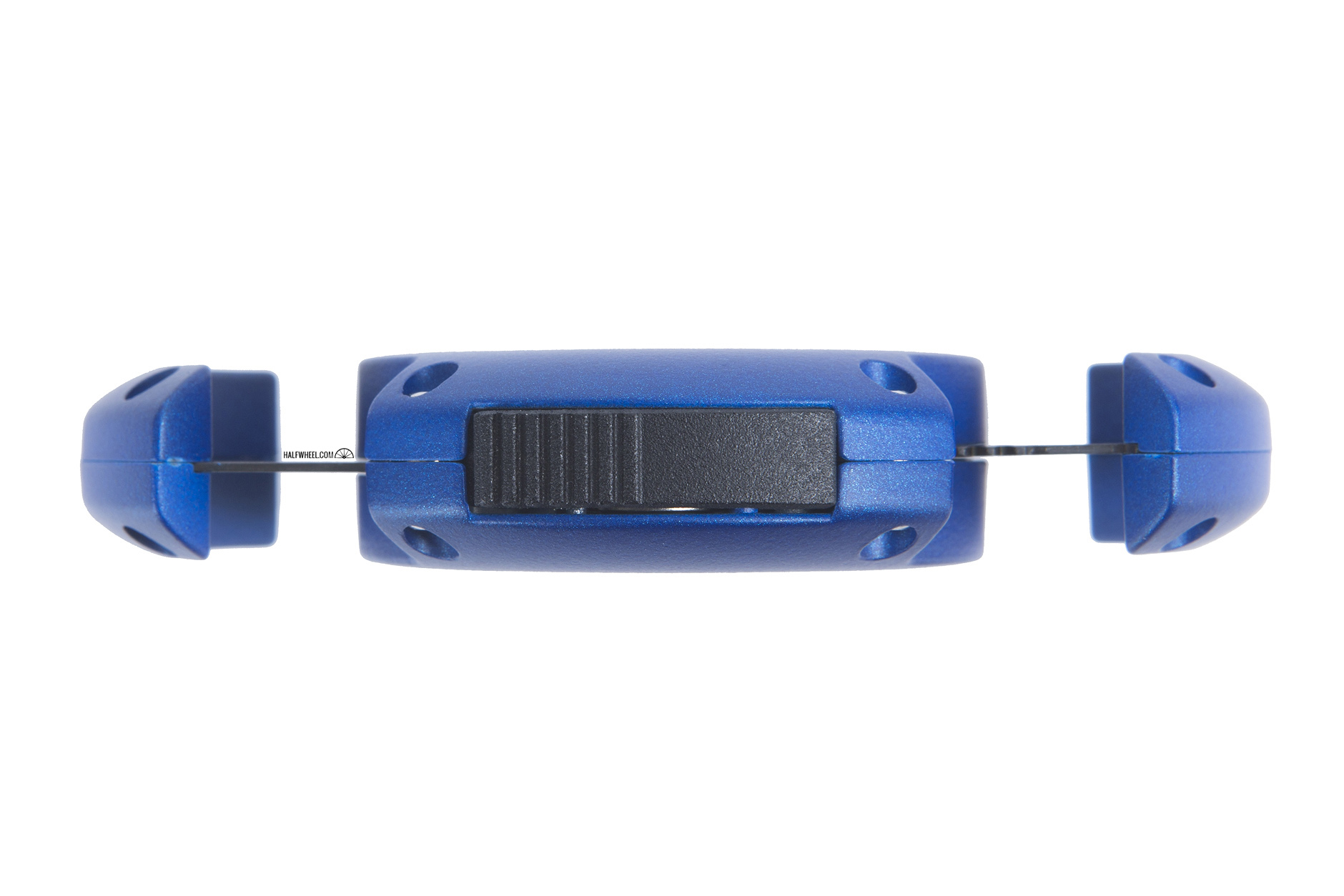 However, having said all of the above, there were some minor issues that I ran into while testing the XIKAR XO. First and foremost is the overall size; it’s quite large and a bit difficult to get used to, especially if you normally carry your cutter in your pocket. 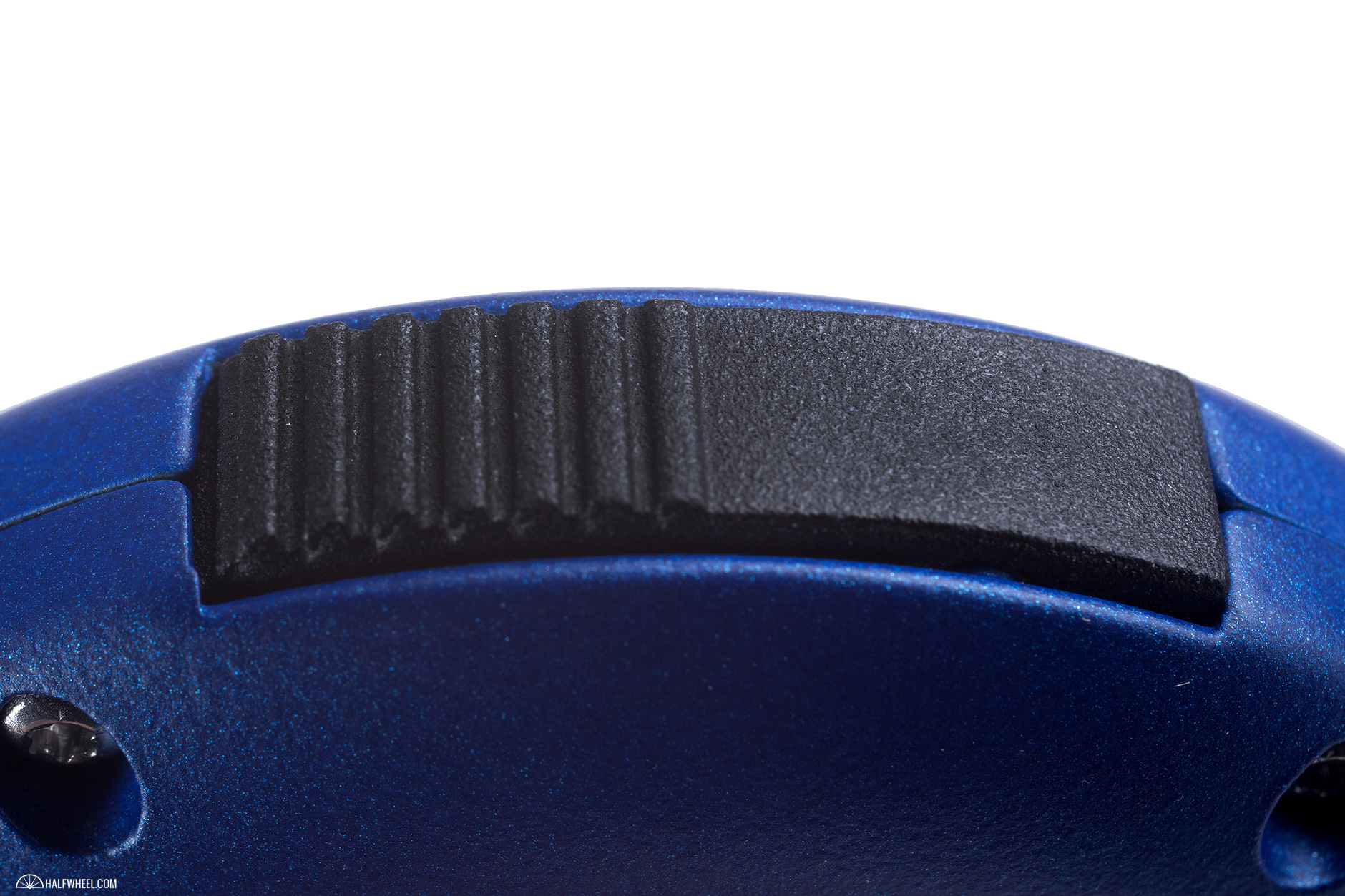 The second issue, and this is perhaps more of an annoyance, is that the button used to open the blade is a bit misleading. It’s a long black section that is one piece, though with two different textures. Only half of the button–the textured part–actually opens the cutter. Pressing on the smooth part will do absolutely nothing. 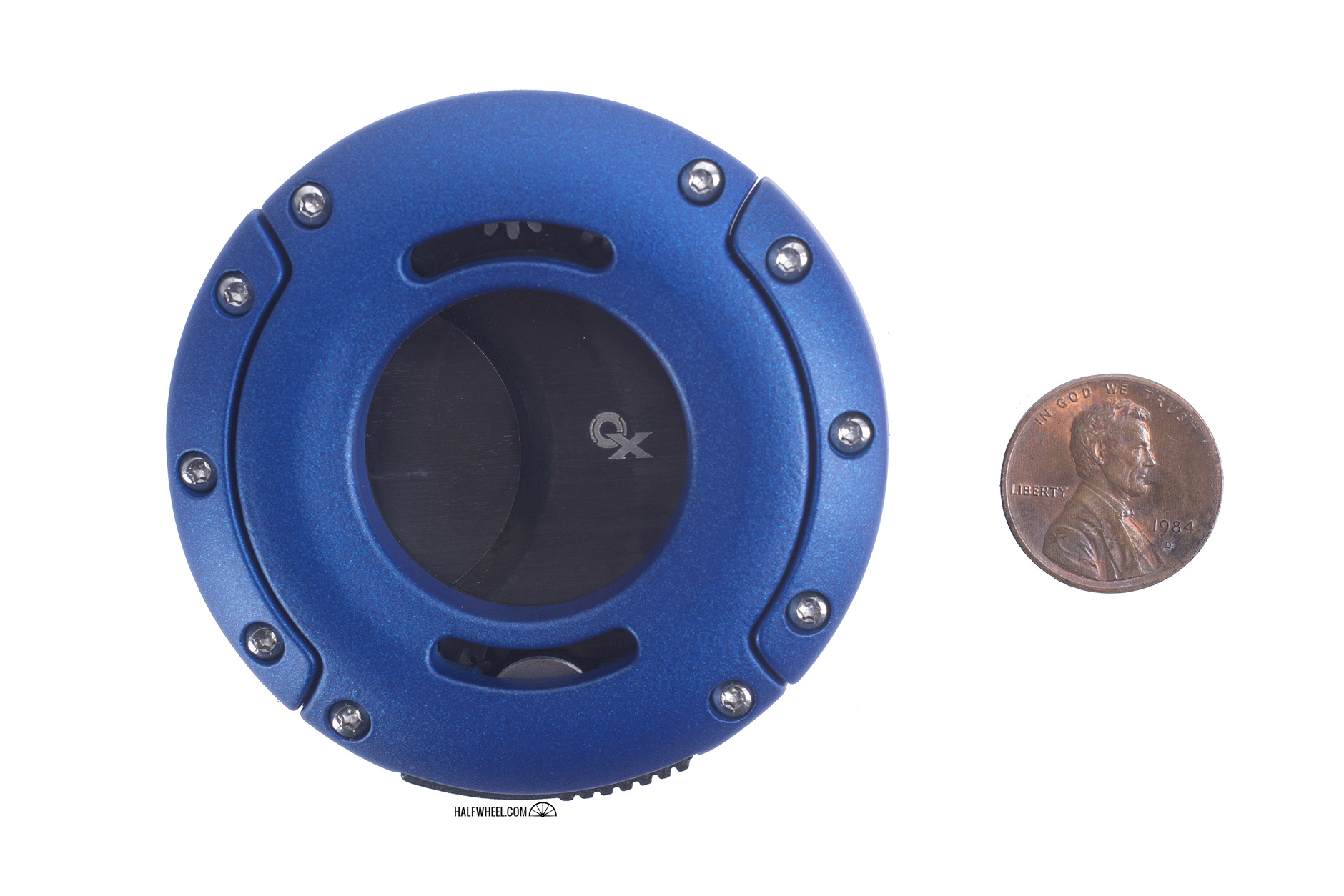 The third issue I had with the XO is that the combination of thick body style and black blades on this particular model makes it almost impossible to accurately see exactly where you are cutting on the cap, although after testing other models for a short time, it is just an issue with this model.

Since it is essentially a double guillotine cutter, there are a number of competitors for the XO, including its little brother, the XIKAR Xi which is substantially cheaper at $64.99, albeit teardrop shaped and not round. Colibri ($39) and Visol Products ($60) both make double guillotine cutters as well, and while all cut cigars in the same basic fashion for less money, they just don’t have the same look nor do they feature gears, meaning that in terms of its entire package, there is literally nothing like the XO on the market. 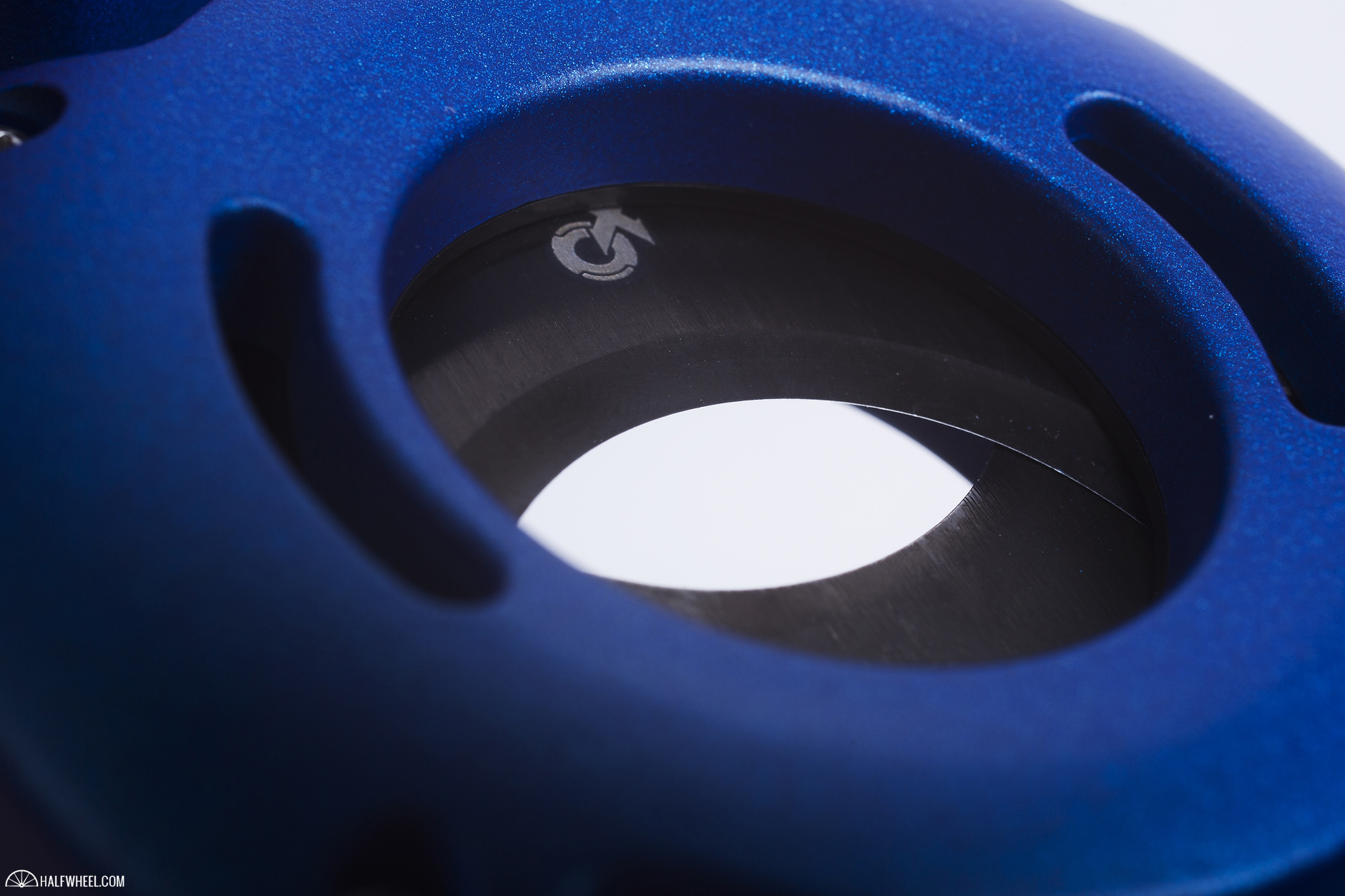 As is customary when discussing XIKAR products, it must be mentioned that the XO is covered by the company’s lifetime warranty, which basically allows you to replace it for just about any reason. XIKAR is quick to respond to any problems with its products, not by forcing you to send it in and wait to get a replacement, but by allowing you to return the damaged or defective product to any XIKAR dealer, who should replace it on the spot as long as they have the product on hand.

The bottom line on the XIKAR XO is simple: when taking everything about this device into account, this is quite possibly the best cigar cutter I have used in quite some time. It is extremely well designed, cuts cigars like a dream, and looks great doing it. Yes, there are a few things I would change—the most obvious being the bulbous size and the extremely high price—but they are minor squabbles in the grand scheme of things. If you are one of those people that wants to love his or her cutter every time you pick it up, I highly recommend you check out the XO.