Editor’s Note: We’re back. First, the server issue has been resolved and we are back up. This week I promise to actually fix the 2011 list and get a review up from both Charlie Stahl and myself. In other news, I’m back from Nicaragua. I’d like to thank Dr. Alejandro Martínez Cuenca of Joya de Nicaragua, José Pepín García of My Father Cigars S.A. and the Padrón family for opening their factories up for me. In addition, I’d like to thank the staffs at all the factories. I’d especially like to thank Jonathan Drew and the rest of Drew Estate/Subculture Studios, including Pedro Gomez, Nicholas Melillo and Jessi Flores, whom were my hosts in Estelí. In addition, it was nice seeing José Blanco, who was visiting factories and friends. If you ever get a chance to go on Cigar Safari, I’d highly recommend it. — el niño diablo. The law ﬁrm of H New Media and its client Inter-America Cigar Company announced today a uniquelegal settlement offer to resolve a trademark dispute with Cuba: Inter-America’s United States HAVANASUNRISE trademark in exchange for the release of U.S. contractor Alan P. Gross held in Cuban prison. “Trademarks for Freedom.” Frank Herrera of H New Media and Benjamin Gomez of Inter-America stated that they are willing tosettle their longstanding trademark battle with Corporacion Habanos, S..A. (The Cuban government’s cigar distribution and exportation company) over the name HAVANA SUNRISE if the Cuban government willagree to release Alan P. Gross. Mr. Gross, a U.S. government subcontractor, has been held behind Cubanbars since his arrest in December 2009. This past spring he was found guilty by the Cuban government of bringing satellite and other Internet enabling communication equipment into Cuba. A recent appeal hasended Mr. Gross’ legal process in Cuba where he will remain to serve his 15 year prison sentence. Hisfamily has made countless pleas to U.S. politicians and the Cuban government to no avail.Mr. Gomez has owned the HAVANA SUNRISE trademark since 2006 but the trademark has been usedin connection with cigars in the U.S. since the mid-1990s by a predecessor. Two years ago, CorporacionHabanos ﬁled a trademark cancellation proceeding in the U.S. in order to bar Mr. Gomez’s company fromownership of the trademark registration.

During this time, Cuba unilaterally cancelled Mr.Gomez’s HAVANA SUNRISE trademark registration which was on ﬁle at the Cubantrademark ofﬁce. Mr. Gomez’s company, like many other U.S. companies, has been under legal attack by Corporacion Habanos for years. In fact, some of these companies with similar legal issues have litigatedagainst Corporacion Habanos for nearly a decade.“We believe that the Government of Cuba has no legal right to attack our United States trademarks. Even so, they have relentlessly litigated against us and others for years. They have preyed on many companies that have very little ﬁnancial resources to defend against these baseless cases. However, we have stood our ground to protect our trademark thathas been used in the U.S. for nearly 20 years. While we strongly believe that we will winour case, we are very concerned about Mr. Gross’ mental and physical health whileincarcerated in Cuba. He is simply accused of trying to bring Internet access to Cuba’speople. We believe in freedom of expression and other basic human rights and can not sitquietly. That is why we have decided to make this public offer to Cuba. ‘Release Mr. Grossand we will voluntarily surrender our HAVANA SUNRISE trademark registration.’ It is asmall token, but we believe that there is great value in this to both sides of the FloridaStraits.“ – Mr. Gomez of Inter-America Cigar Co.The United States Treasury Department enforces regulations that forbid certain exchanges, monetary or otherwise, between United States citizens or companies and Cuban persons or entities without a speciallicense. Mr. Gomez said that he is prepared to request such a special license or otherwise work throughany other legal red-tape to make this happen should the Cuban government accept his offer. Moreover, Mr.Gomez offered to work with other companies that are litigating against Corporacion Habanos in an attempt to have them join in his offer of “Trademarks for Freedom.” It is estimated that Corporacion Habanos has spent millions of dollars on attorneys fees over the past decade litigating these trademark cases in the U.S. in light of the fact that Cuban goods and services can not be sold in the U.S. due to thelong-standing embargo. Mr. Gomez hopes that Cuba will see the value in his offer.Frank Herrera of H New Media can be reached for comment at (305) 965-5148 or [email protected] Cigar Co. has been in business since the early 1970s and is one of the oldest continuously operated family cigar businesses in the country.

The following comes from David “Doc” Diaz of Stogie Fresh: 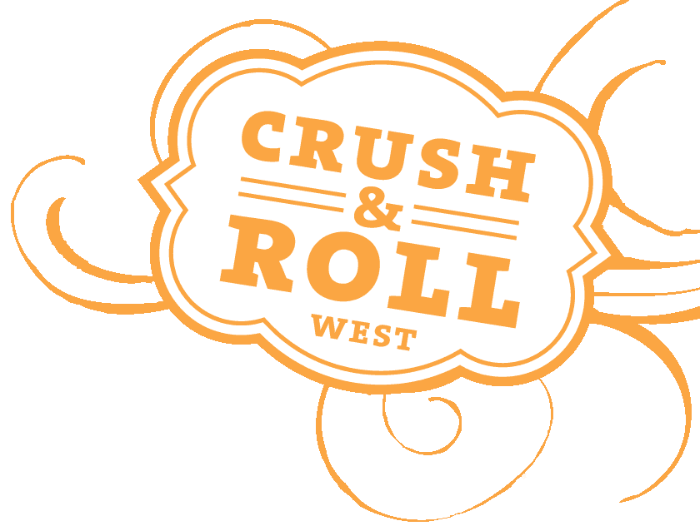 Crush & Roll West: Central California Coast’s Premiere Cigar and Wine Event For the third straight year, premium cigars AND wine will be featured in the county’s premiere cigar and wine event: Crush & Roll West. Hundreds are expected to turn out September 16 and 17 at the Paso Robles Fairgrounds to taste the best premium wines and cigars in the world. Cigar and wine tasting and cigar rolling demonstrations will entertain and delight, as cigar manufacturers from the Dominican Republic, Nicaragua, Honduras and Costa Rica will be on hand to provide their hand crafted cigars.

For even more fun, we will feature an exciting inaugural poker tourney with great prizes. There will also be entertainment, raffles of cigars, wines and accessories, and educational seminars.

Cost for the 2-day event is just $125 per person and will include wine and cigar tasting, music, live and silent auctions, raffles, seminars, a commemorative wine glass, and more.

Crush & Roll is quickly becoming one of the most popular cigar festivals, and with good reason. It’s attracting COUPLES. Why? Because the festival attracts wine connoisseurs who find out that they also like cigars, and cigar aficionados who enjoy vino. “I am always pleasantly surprised by how many wine drinkers are newly exposed to fine handmade cigars and how many cigar smokers are newly exposed to premium wines. Each year I speak to more people who have smoked their very first cigar at our event,” says David “Doc” Diaz, one of the event promoters. “There are so many similarities between the two industries: both are harvestable products, both are blended, fermented, aged, and can be enhanced with proper aging. These are two artisanal crafts and they make excellent partners.”

The festival is priced right too. Tickets are $125 and get you cigars, wine, and a one-year complimentary membership to Cigar Rights of America (one of the event’s sponsors) and all the other festivities of a great event.

Part of the proceeds for Crush & Roll West will go to this year’s benefactor: Project Mañana, a non-profit humanitarian organization dedicated to bettering the lives of impoverished children, their families and communities through nutrition, education, and guidance.

For more information, visit the event website at: http://www.crushandrollwest.com, or email Christina Fontecchio of The Boss Cigars Arroyo Grande, CA at [email protected] or 805-474-1133.