Viaje has many limited edition or limited production cigars, and there are a number of them where specific details such as one part of the blend or the factory it was rolled at is left out of the information released to the public.

This is the fifth size to date. The medium brown color of the Le Joueur’s wrapper is quite appealing, and combined with the shiny silver bands I can see how this would easily catch your eye sitting on the shelf in a store. A smooth and oily feel greets my fingertips as I pick up the cigar, and when squeezed only has a slight bit of give. The aroma off the wrapper is an enjoyable mix of barnyard notes including damp earth and leather, with a hint of cinnamon hanging out in the background. I’m getting a much different profile on the cold draw though, with a very vegetal taste alongside some spices, a touch of leather and just a bit of cocoa.

Starting out the first third, it continues with a rather unique profile. There’s tons of spices, bold black pepper, some cedar and a hint of caramel. The burn starts out slightly uneven, but that could probably be attributed to the covered foot not allowing it to be lit completely evenly. The ash isn’t overly dense, however it stays together well and doesn’t want to fall off even to around the inch mark. While I wouldn’t say the pepper has disappeared, it has certainly died down a lot, allowing it to blend more smoothly with the spices and cedar. The caramel hasn’t increased much, if any, however the profile has sweetened up slightly. Moving into the second third, the Le Joueur continues to mellow out, and while the pepper is still around, it has moved more towards the background. The sweetness that the first third ended up with has died down slightly as well, leaving some spice, cedar and the touch of caramel making up the majority of the profile. The burn isn’t perfect, needing a little help early in the second third and again around the midway point, but seems to be mostly maintaining itself. With each puff bringing plenty of smoke curling out of both ends of the cigar, the draw is quite ideal as well. 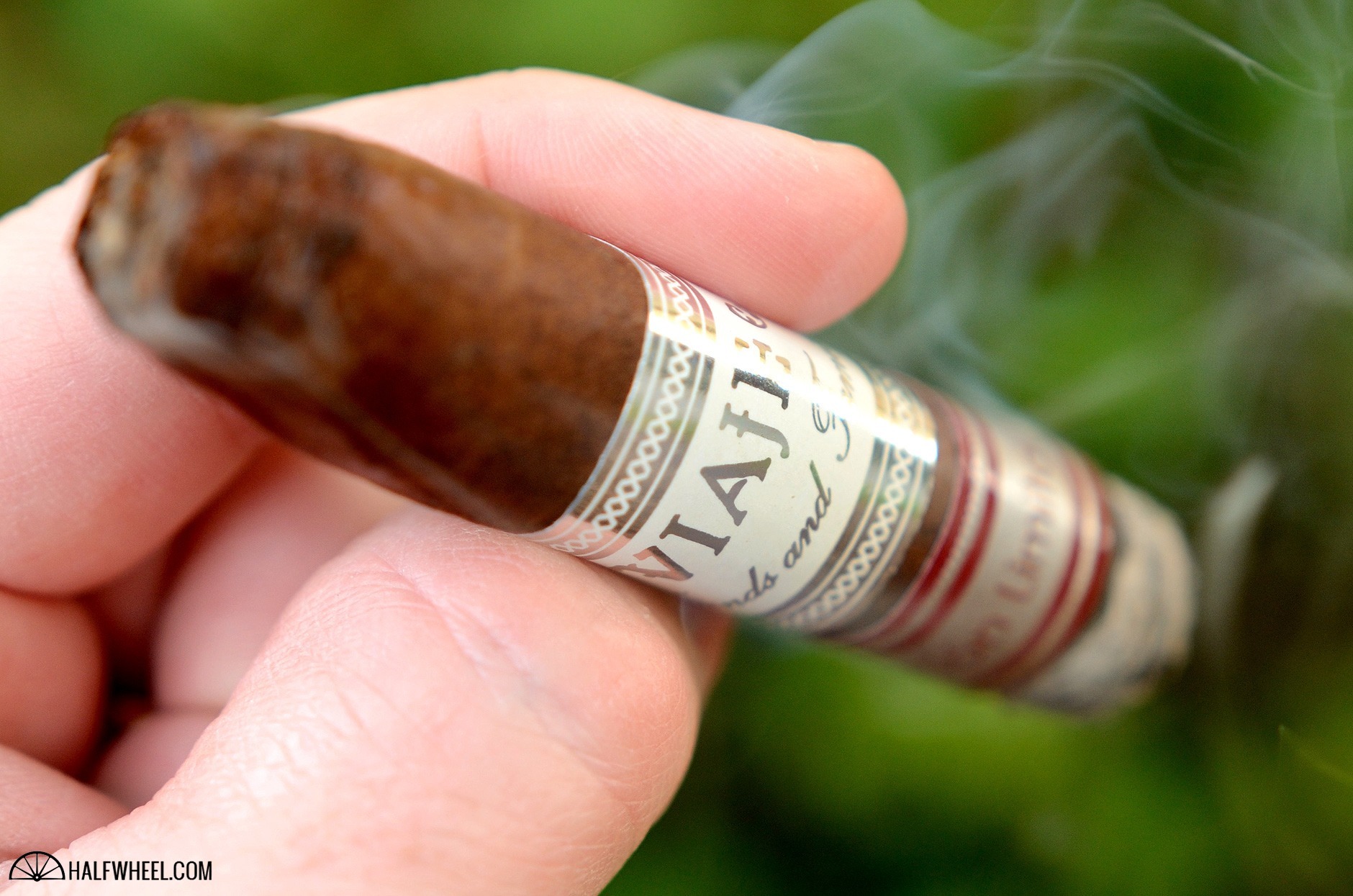 As I get to the final third, problems start to arise almost immediately. The burn started to get uneven, but before it even got to the point where I needed to touch it up the cigar inexplicably goes out. Relighting it, the flavors of course are affected, giving a slight harsh overlay to the spice, cedar, caramel and pepper. Struggling to keep the burn even, the profile continues to fall apart further, getting quite unpleasant and bitter. With around an inch remaining, the cigar decides to quit burning again, at which point I think it’s a good point to call it a day. Not being overly familiar with the Friends and Family line, having only smoked one of the originals a few years back, I wasn’t really going into this cigar with many expectations of how it should taste or perform. Starting out I was very pleased with the interesting profile, with it immediately engaging me and demanding my full attention. As the burn issues started to arise and the profile started falling apart in the final third, I didn’t find my attention waning, but I was certainly disappointed as the first third was just that enjoyable. I certainly enjoy quite a few of the Viaje blends, but as we’ve discussed in the past the construction issues can really be a problem. For this cigar, the construction issues definitely put a damper on what could have been a really good cigar.