A representative from Atlantic Cigar Co. told halfwheel another shipment of the cigar has arrived. While Viaje has rereleased some of its Friends and Family releases before, in at least one instance they’ve used the same name, but been offered in a different size. Atlantic told halfwheel the cigar appears to be the same 5 1/4 x 54 size that debuted last February. 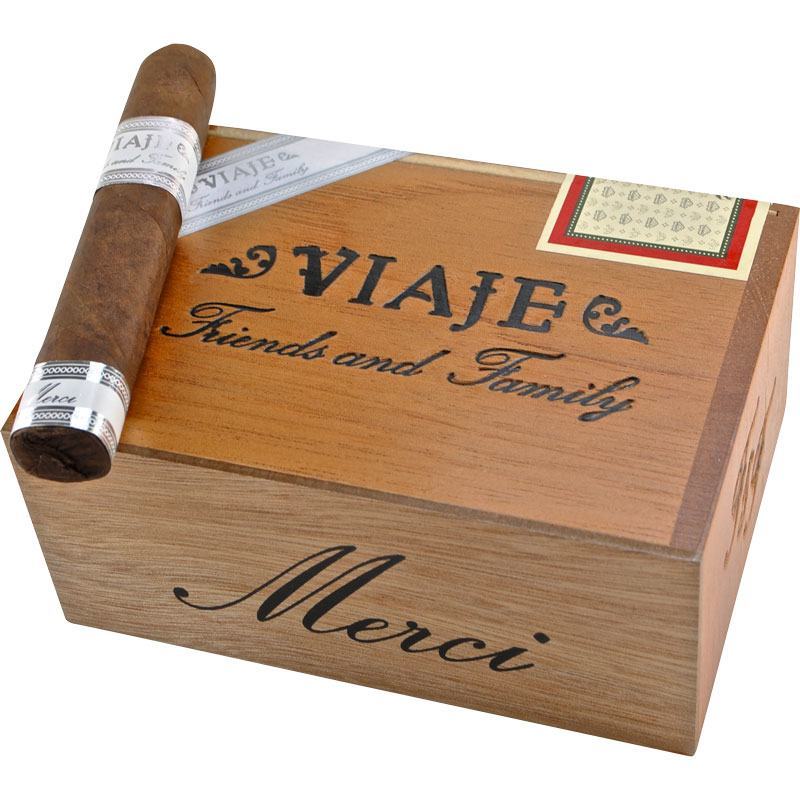 When asked about the shipment, a representative from Viaje declined to comment. Friends and Family was started as a private blend for company founder Andre Farkas to give to his friends and family. It went on sale for the first time in 2012 with the La Cadeau and has made appearance in each of the last four years. The company typically does not comment on the release and both the blend and factory are unknown.

The last shipment of Merci carried a suggested retail price of $15.60 per cigar.