Andre Farkas was joking around Sunday night before the show wondering why he was in Vegas. Viaje, unlike any manufacturer, was sold out before the show started, so the feel of the Viaje booth was quite different, a bit more, hangout-like. There were a few extensions, a new line, but the 2011 IPCPR show seemed more of a clarification for Viaje. After the jump some thoughts, and some info on the secret Viaje.

Friends & Family
Andre Farkas was an open book, but there was some hesitancy when I asked him about the Friends & Family blend. The short of it is, Andre wanted a cigar he could give to friends and family, his own little personal project. Currently the cigar is not for sale. 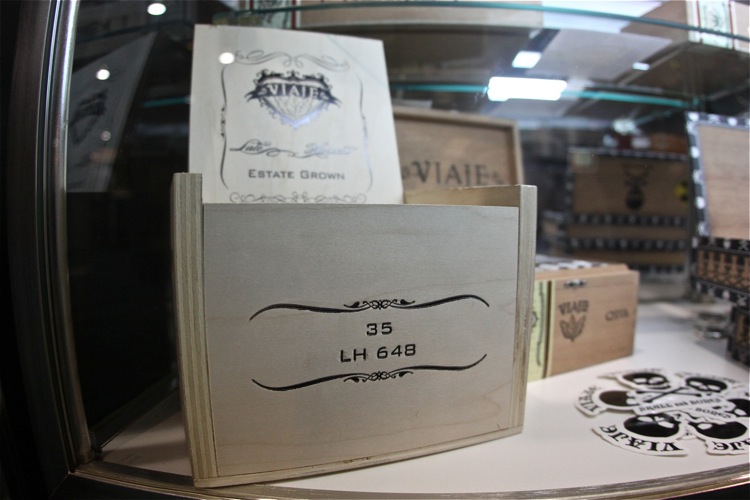 Late Harvest
Andre’s ode to the wine industry was an interesting project. He was looking at crates and decided that it would make a perfect box. Farkas explained that he comes from a family of collectors, so the idea of a wine cigar was always something he was interested in doing. The cigar uses the highest primings, as he explained that if he mirrored the late harvest technique from the wine industry, he would end up with bad tobacco. 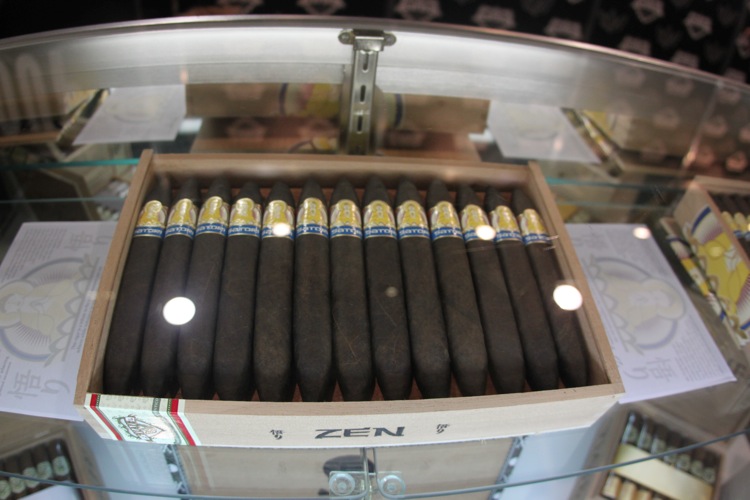 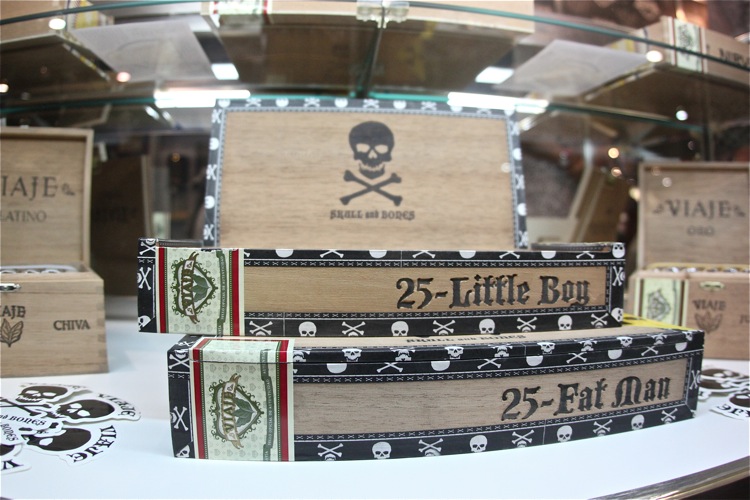 Satori
Viaje is using a slightly lighter wrapper. Farkas said that the complaints over the darkness were heard, and he decided to go with something lighter. Satori is really where the clarification regarding how Viaje functions became apparent. Much thanks to Dan Welsh at New Havana Cigars for really attempting to clarify this. But… Satori is an annual limited release, similar to Fifty Fifty, Holiday Blend, TNT and Summerfest.

Skull and Bones
Skull and Bones will be released twice a year and is actually two different blends (red, the stronger, and black) and will keep a general theme.

Trifecta
Lanceros. I inquired about any Lancero projects earlier in the year and didn’t really understand what Trifecta was. The idea is three special Lanceros blends, in a thirty count box. Farkas spoke about doing an optional humidor release, but we shall see. Presumably the blends included will be the already-confirmed Oro, Exclusivo and one other.