VegaFina Year of the Ox

The Chinese Zodiac calendar has fascinated people since it was first invented around 550 BC, so it was no surprise when a number of different cigar brands began releasing specific blends based on each of the animals contained in the calendar during their corresponding timeframe. While the Davidoff Zodiac Series is the most well-known, other manufacturers have also incorporated the idea into their creations over the years, including Habanos S.A., Plasencia and Maya Selva Cigars.

That list of brands also includes VegaFina, which released its first Zodiac-themed cigar four years ago named the Special Edition Year of the Dog. Additional new cigars were added to the series in 2018 and 2019, specifically the Year of the Pig and the Year of the Rat respectively.

Last November, VegaFina announced the latest incarnation in the series, the Year of the Ox. Measuring 6 1/4 x 56, the toro gordo is made up of a Nicaraguan habano 2000 wrapper covering a Nicaraguan binder as well as Dominican and Nicaraguan filler tobaccos.

There have now been four different releases in VegaFina’s Zodiac Series:

As is the case with the majority of VegaFina cigars, the Year of the Ox was rolled at the Tabaclaera de García factory located in the Dominican Republic. 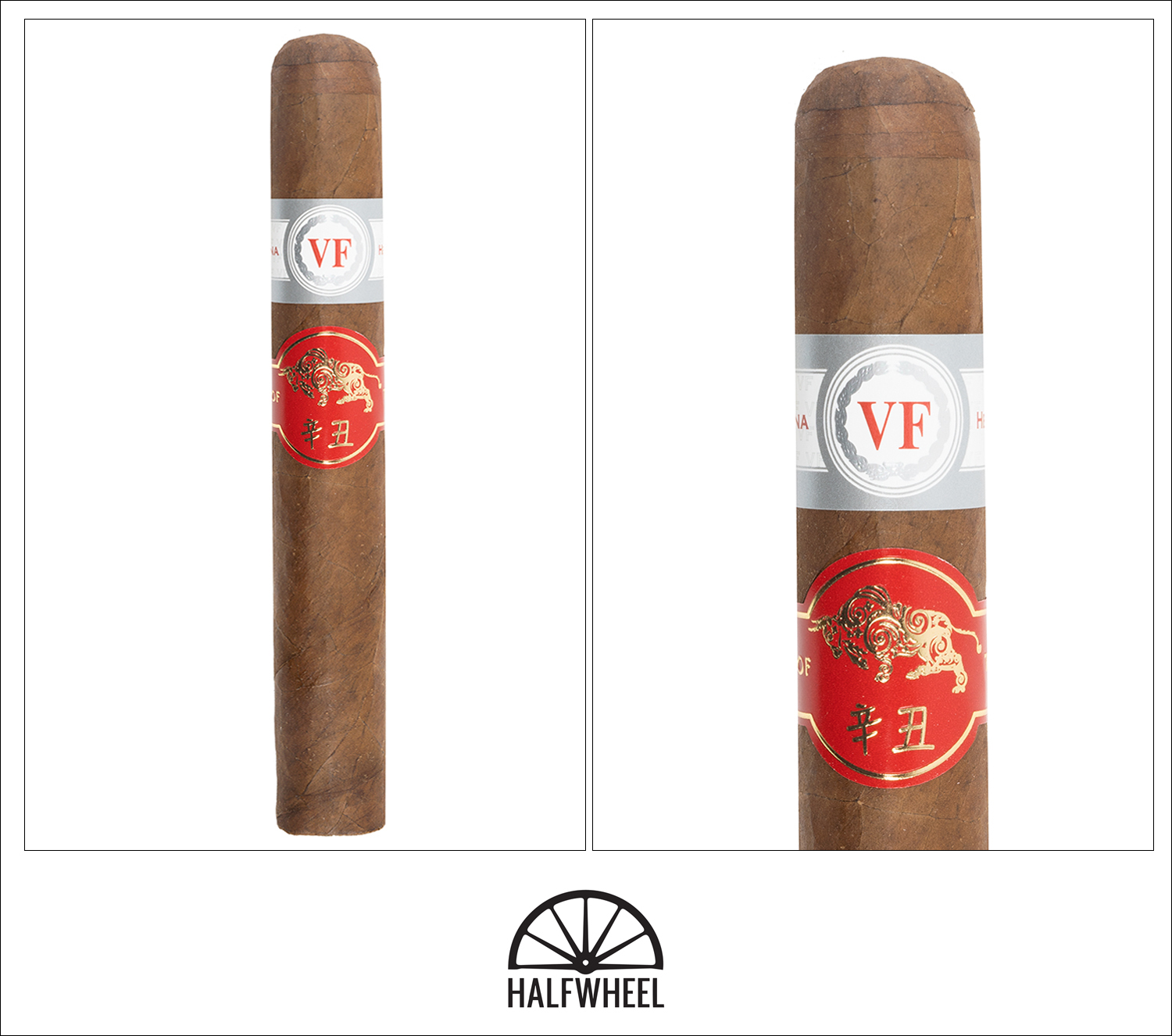 A very attractive milk chocolate brown wrapper covers the VegaFina Year of the Ox, which also happens to be fairly smooth to the touch and features a noticeable amount of oil. There are a few overtly obvious veins present and the cigar is firm when squeezed. Aroma from the wrapper is a combination of strong barnyard, almonds, earth, leather, hay and raisins while the cold draw brings flavors of peanut shells, earth, leather, creamy oak, pepper and massive raisin sweetness.

Starting out, the first third of the VegaFina presents itself as smooth but balanced, with a profile that is easily dominated by flavors of creamy oak and cocoa nibs, followed by lesser notes of leather, gritty earth, sourdough bread, malt and touch of floral. There is just a touch of spice on my tongue, but it is gone almost as soon as I notice it, and while there is not quite as much of either black pepper or raisin sweetness on the retrohale as I picked up the cold draw, both are still major parts of the profile. In terms of construction, the draw is a bit loose after a straight cut and the burn is a bit janky, but neither are bad enough to warrant extra attention as of yet. Smoke production is both copious and dense off of the foot, but the strength is virtually non-existent so far, ending the first third barely to the halfway point between mild and medium.

Although most of the flavors in the profile of the VegaFina Year of the Ox do not change all that much during the second third, it does become quite a bit creamier compared the first third. Powdered cocoa nibs and oak remain the dominant flavors, with secondary notes of gritty earth, leather, sourdough bread, espresso beans and a bit more floral flitting in and out in various amounts. However, the main change is the sweetness, which has a morphed from the aforementioned raisin to a distinct caramel sauce note, and while the black pepper on the retrohale is still present, it is noticeably reduced compared to the first third. Strength-wise, the Year of the Ox increases enough to move well past the mild mark before the end of the second third, while the draw has tightened up nicely and burn continues to give me no major issues. Once again, the dominant flavors in the profile change very little during the final third of the VegaFina Year of the Ox, with the same combination of creamy oak and cocoa nibs, followed by notes of cinnamon, hay, leather, oak, earth, bitter espresso and bread, although none come close to being strong enough to challenge the main flavors. However, the sweetness on the retrohale has changed again—this time from caramel sauce to a sweet milk chocolate flavor—and while it is strong enough to remain a major part of the profile, the black pepper from the first two third is fading fast as the final third burns down. Construction-wise, the VegaFina features a very nice draw and burn line that needs touching up once, and while the strength has increased a little, it still manages to hit a point just under the medium mark by the time I put the nub down with a bit more than an inch remaining. The VegaFina Year of the Ox is a great example of an extremely smooth blend wherein the dominant flavors change very, very little —which when you are talking about a cigar this size, is usually not a great thing—while the main complexity in the profile comes from the morphing nature of the sweetness on the retrohale. In this specific release, the sweetness changes from dense raisin in the first third to caramel sauce in the second third before ending up as a distinct milk chocolate note in the final third, all three of which are combined with just enough black pepper to keep things interesting. Throw in the very good overall construction and you end up with a blend that is both smooth and enjoyable, as long as you have the more than two hours needed to actually finish it.