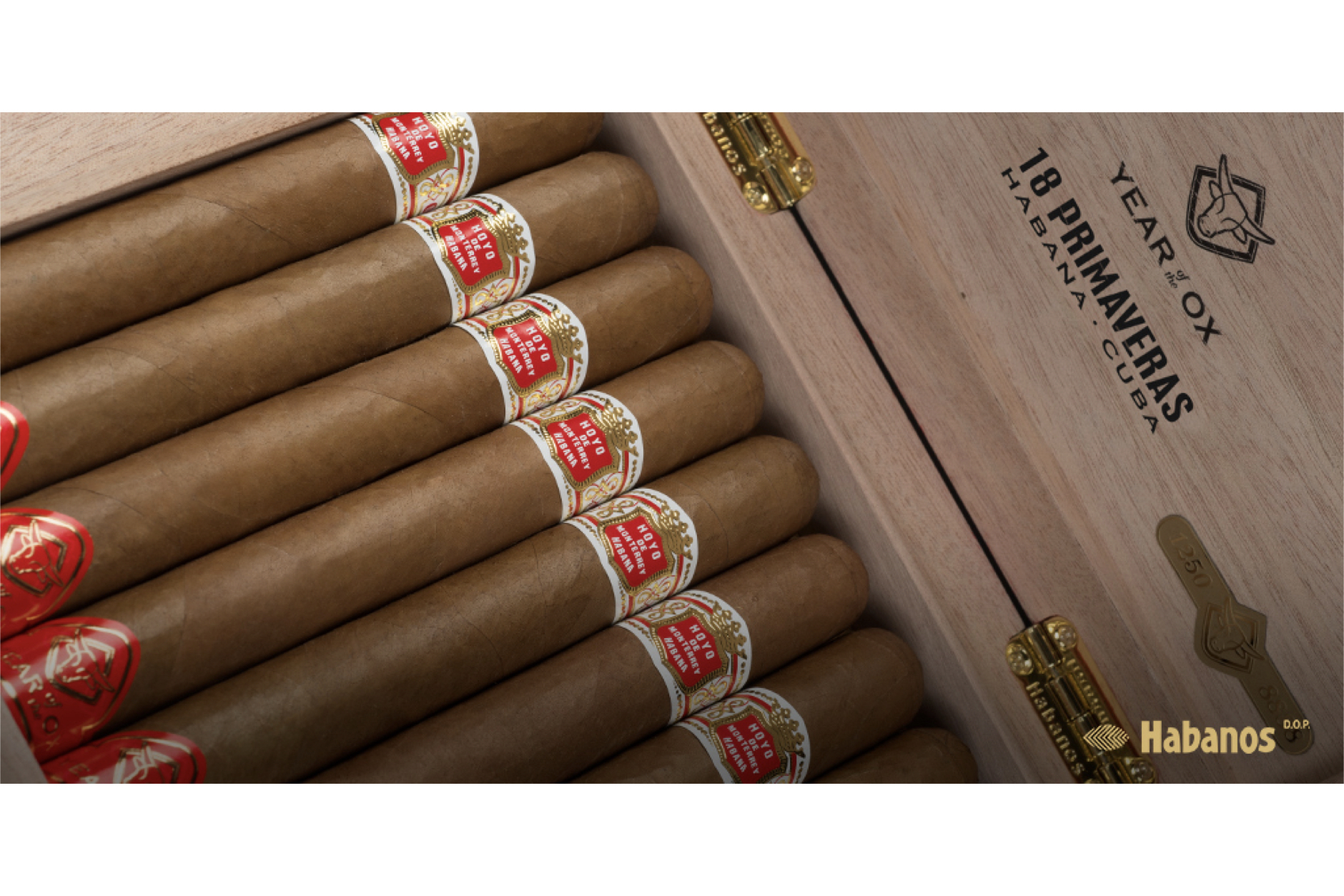 The Hoyo de Monterrey Primaveras is a 6 7/12 (167mm) x 48 parejo vitola will be released to celebrate the Year of the Ox. Like many other companies that have released cigars for the Chinese New Year, it will feature the colors red and gold. In Chinese culture, red symbolizes good fortune and joy; while yellow or gold symbolizes wealth. It is also limited to 8,888 boxes of 18; eight is a lucky number in Chinese culture.