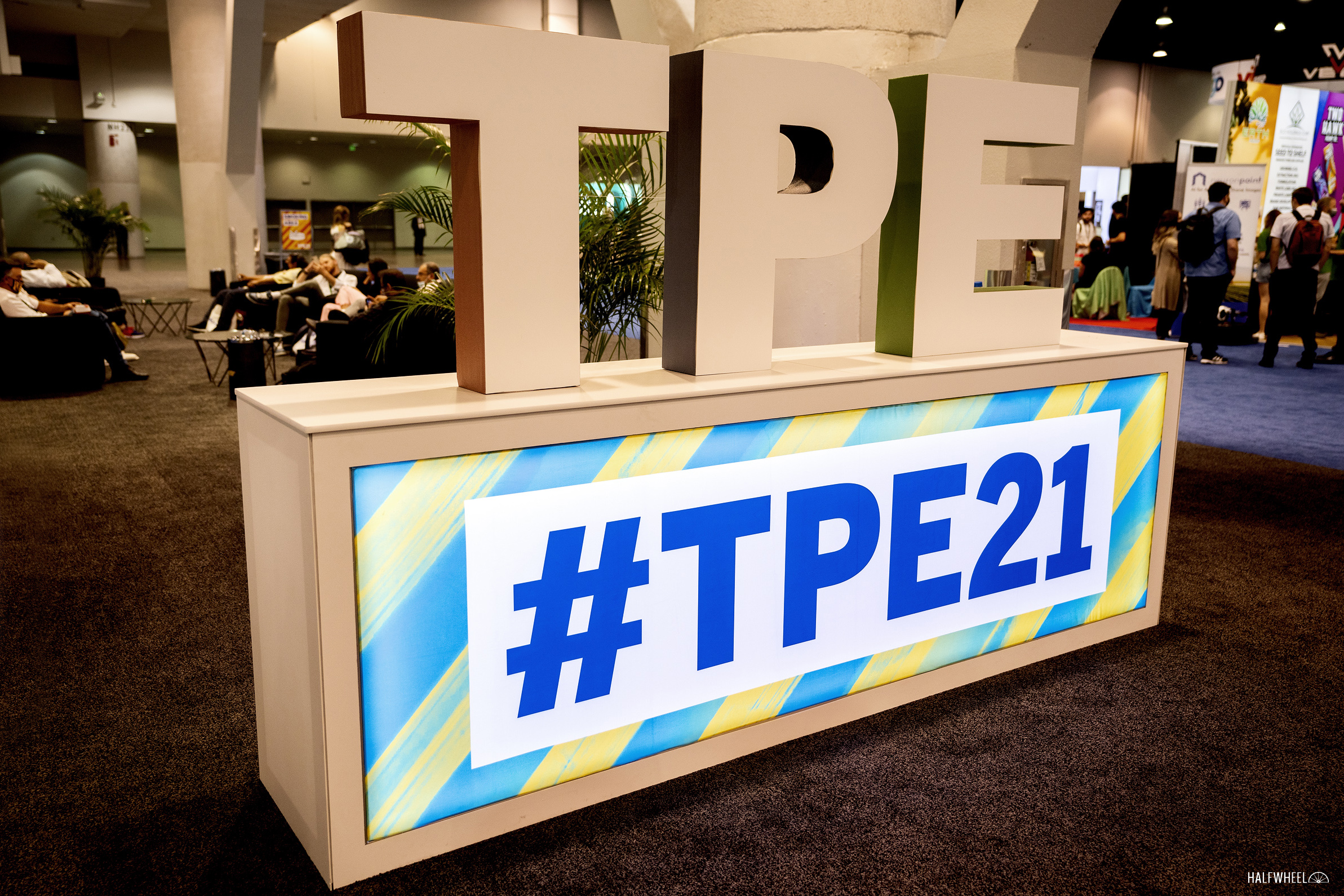 As the first one to arrive for our coverage of the 2022 Tobacco Plus Expo, I’m tasked with this post that sets up the week’s events. First things first, travel was relatively easy and it was amazing to see just how many stores and restaurants in the Phoenix and Las Vegas airports were closed on a Tuesday afternoon. If it wasn’t Starbucks, Hudson News or a fast food place, odds were good that the lights were off and the doors were closed.

The drive to the Sahara took me by the Las Vegas Convention Center, where a big banner hung from the top of the building proclaiming that TPE was back. At the hotel, there wasn’t much sign of cigar related action; I ran into Omar de Frias of Fratello in the check-in line, grabbed my badge and headed to my room to unpack and get a bit of work done. As I told Charlie, the TPE/cigar vibe thus far has been fairly mellow, so I decided to pack up my laptop and head to a couple cigar lounges on the Strip to get in the mood for writing this article: Casa Fuente, the Davidoff of Geneva — since 1911 lounge, and the recently opened Eight Lounge at Resorts World.

As a refresher, the Tobacco Plus Expo—or TPE—is an annual trade show hosted by Kretek International/Phillips & King, which is a California-based distributor of tobacco products and other items generally aimed at smoke shops, tobacco shops, convenience stores and the like. But Kretek and P&K also sell to many premium cigar shops and it deals with a number of premium cigar companies; as such, the show has increasingly recruited premium cigar companies to exhibit, and the growth in that segment has been quite noticeable.

That said, this is not the cigar show; that title still belongs to the Premium Cigar Association Convention and Trade Show (PCA). TPE is dominated by a conglomerate of non-cigar companies, be it e-cigarettes, CBD products, or other things you might expect to find at your local smoke shop. I will say that the show has cleaned itself up a good bit since I first attended back in 2013, and I’m quite eager to see the progression in that regard since I last attended in 2020.

But back to 2022: I think I speak for Charlie when I say that the last week took a good amount out of the both of us; between Awards Week, Top 25 and The Consensus, we both were pretty run down. But that leads to my first thought about this year’s TPE, which is that in addition to Awards Week, we also had TPE coverage to take care of, and a lot of companies made announcements about new products that they would be showcasing. Having the two events back-to-back makes for some long days, but I am glad that both are parts of our content offering, and I’m particularly glad to see that the premium cigar industry is embracing this show.

I have long maintained that I think TPE and the PCA Convention & Trade Show can coexist and both succeed, larger issues with the latter notwithstanding. I don’t think anyone is going to say that the PCA doesn’t have a number of challenges facing it, particularly with the trade show, but the idea of a winter and summer trade show involving premium cigars just doesn’t seem to be that bad of an idea to me. Not to mention that diversifying the roster of retail accounts, as seems to happen at TPE, is probably good for most premium cigar manufacturers.

As for what I am expecting and/or looking out for this week, it starts with an acknowledgment that TPE is a lot more PCA-esque in terms of workload than when I was here last in 2020, let alone 2013. It seems not that long ago that I’d show up, take some photos of the show floor and maybe a new product or two, chat with a manufacturer or two about what they are working on, and then chuckle at the booths peddling fake urine and other head shop novelties. Back then, having one person here for all three days was overkill, and even debatable from a return on investment perspective. I seem to recall having to make the case that we should even be here back in 2013, a case I made by my proximity to Las Vegas and promises to keep costs to a minimum.

Now, it’s Charlie and I covering the show, and we were close to being joined by Brooks as well as there are simply that many booths and new products to cover. Before long on Wednesday, you’ll see a post of new products, as well as some posts about new products that are making their industry debut. Our coverage won’t likely be completely PCA-like with individual booth posts, but I’d venture to say there will be a lot more posts than in years past, including the 2021 show that was held in May after being delayed from its original date of late January.

So wherever you’re reading this from, welcome to Las Vegas and TPE 2022. If there are things you want to see us cover or questions you want asked, leave a comment and we’ll do our best to get to it. I think it’s safe to say you’ll be hearing a lot from me and Charlie a lot over the next couple of days once we get on the show floor and see what all this year’s TPE has to offer.