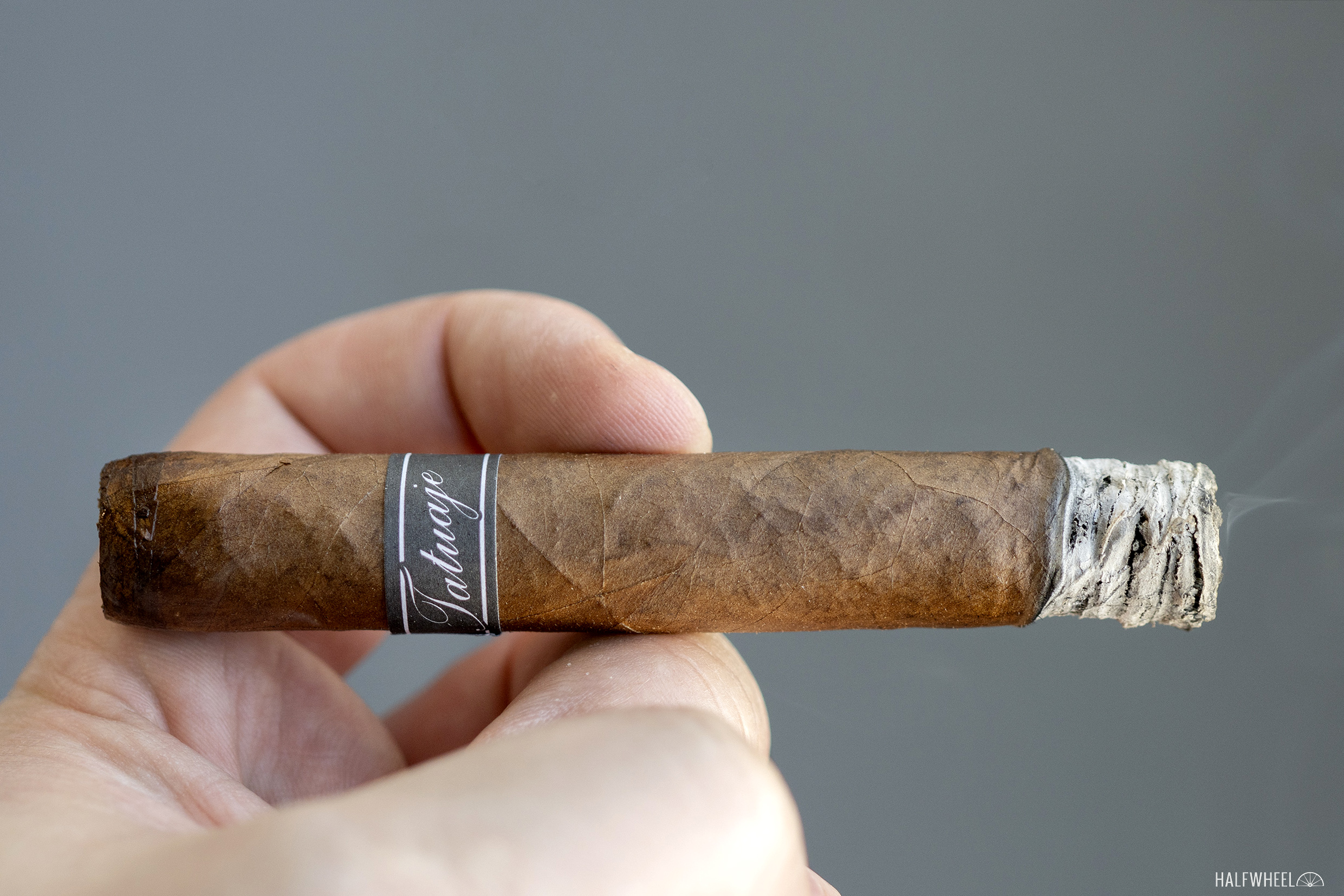 Every year, without fail, fall comes around and three or four companies introduce smaller cigars as if they are the first ones to think to themselves that people might enjoy smoking smaller and shorter cigars during the cold winter months. But so often, those cigars aren’t very good.

I don’t think there’s a single blend that tastes “good” in every single shape and size. I’d also imagine that there are very few blends that stay identical in terms of filler proportions between various shapes and sizes. A great line to test those theories would be Tatuaje’s Black Label because it’s one of the most prolific lines in terms of the number of vitolas that have used the blend.

Last month, Tatuaje announced the new Black Label Petite Corona BC. There have probably been roughly 25 different cigars that Tatuaje has released in some commercial form, though not all of them have carried the Black Label name and packaging.

It started following a trip that Pete Johnson, Tatuaje’s founder, took to Cuba. He described being gifted and smoking a cigar from a man, a cigar that the man made for himself to smoke. He then went back to the U.S. and decided to make a cigar for him to smoke personally.

On a recent trip to a famous island known for historic cigar making, I spent my time in a small town enjoying the simple life. Every day was peaceful and every night was festive, with both having cigars involved throughout. My favorite cigar was not a cigar bought at the local store or factory, but a cigar that was handed to me every morning.
Mornings, after taking a shower with a bucket of water warmed with what looked like a curling iron, I would walk to the front of the house and sit on the fence to get some sun and take in the fresh air. I also took in the fact that I was miles from home and no one knew where I was. My phone didn’t work and I had no cares in the world other than trying to decide what to smoke.
My first morning on the island an older gentleman came along on his bike. This was not a motorcycle but something like an old Schwinn that he had likely been riding for decades. This gentleman was well dressed, almost dapper, and I probably appeared to him to be a strange character. My usual outfit of jeans, t-shirt, loads of silver jewelry, and an arm full of tattoos didn’t seem to faze him. He saw I was enjoying myself so that morning, and every morning after that, he would stop and give me a cigar from his shirt pocket.
This cigar was far from being a ‘pretty’ cigar but that did not bother me a bit. It was a treasured and unexpected gift that I was thrilled to be given. After smoking this cigar I realized that this was one of the best cigars I smoked on the island. Later that day in speaking with my host on this trip I came to understand that these cigars were something special to every person who carried them. They were cigars that they made for themselves. Even the guys who worked hard in the cigar factories all day would return home at night and make their private cigars. Simple cigars with flavors they personally enjoyed. Over the course of the next few days my host and I visited his friends and asked for cigars that they made. Before I left I had cigars from a few locals who all used different tobaccos from the different growing regions. They were all great but there was one that really stood out for me as special.
I decided when traveling to Nicaragua to work with the Garcia family that I would try to recreate this special cigar for myself. Together we spent quite some time working on the blend and looking at different leaves for wrapper. The marbled toothy wrapper was perfect for this cigar, rustic looking but with tons of aroma. After smoking the first sample, I was immediately brought back to that island relaxing on a fence, enjoying life, smoking a great cigar. A great cigar that will always in my mind represent the place, the time, and the experience of the purity of the simple life. This cigar may be considered ugly by some but inside that surface roughness it contains such rich flavor and aroma.
Sometimes a cigar is just a cigar. This is a tribute to that cigar.

That cigar would become the Tatuaje Black Label Corona Gorda, released in 2007—first in bundles—and then a year later in jars. That release would become legendary, probably the most regarded cigar for Tatuaje’s fans, as there was a time when jars of 19 cigars were routinely commanding over $1,000.

There would be other Black Label releases—some at events, some sold only through samplers, single store exclusives and some that weren’t really sold—but that changed in 2011 when Tatuaje announced that the Black Label Petite Lancero would become a regular production offering. By mid-2016, there was a total of five regular production Black Label vitolas, though there hasn’t been a new release for the line since then, until last month. 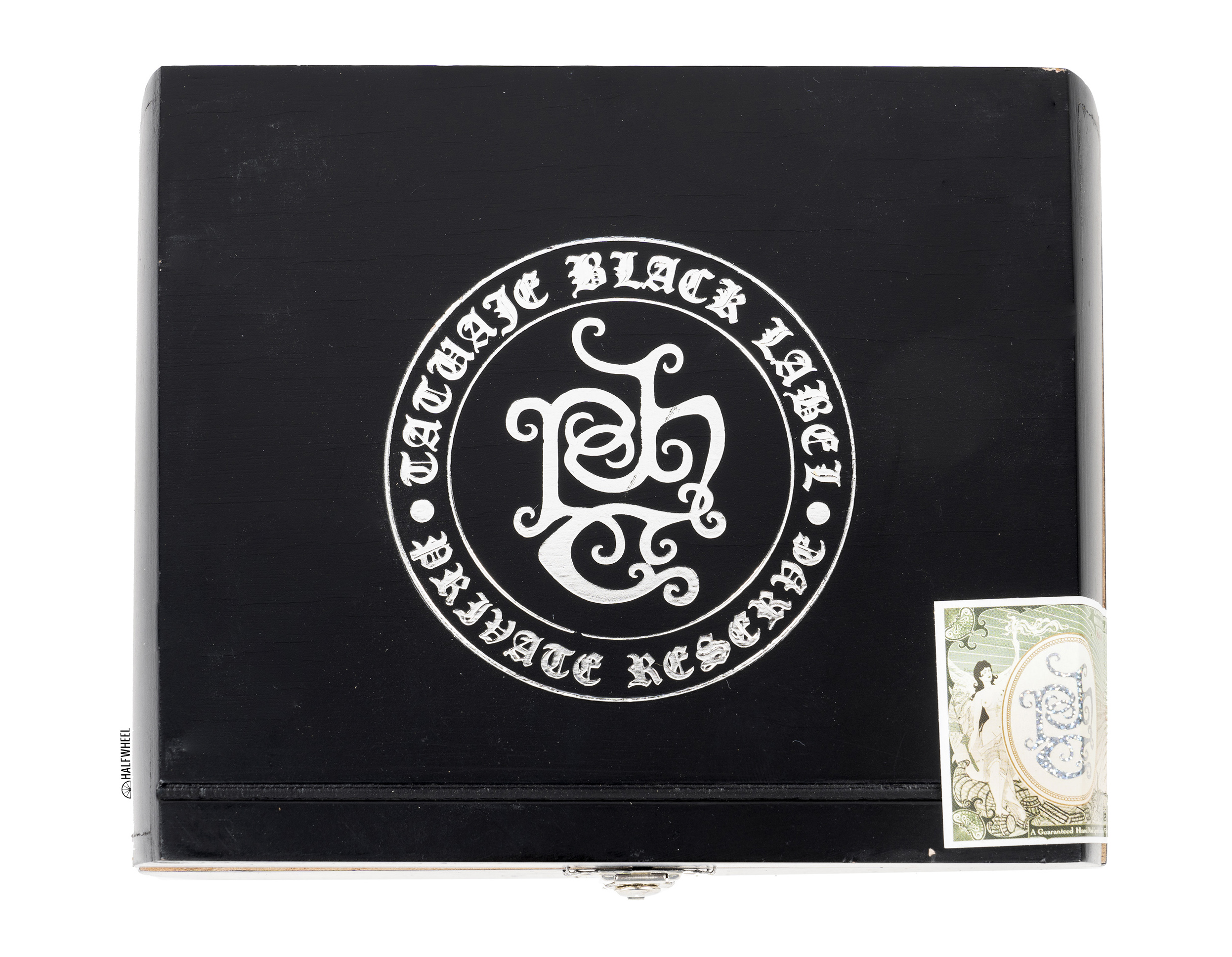 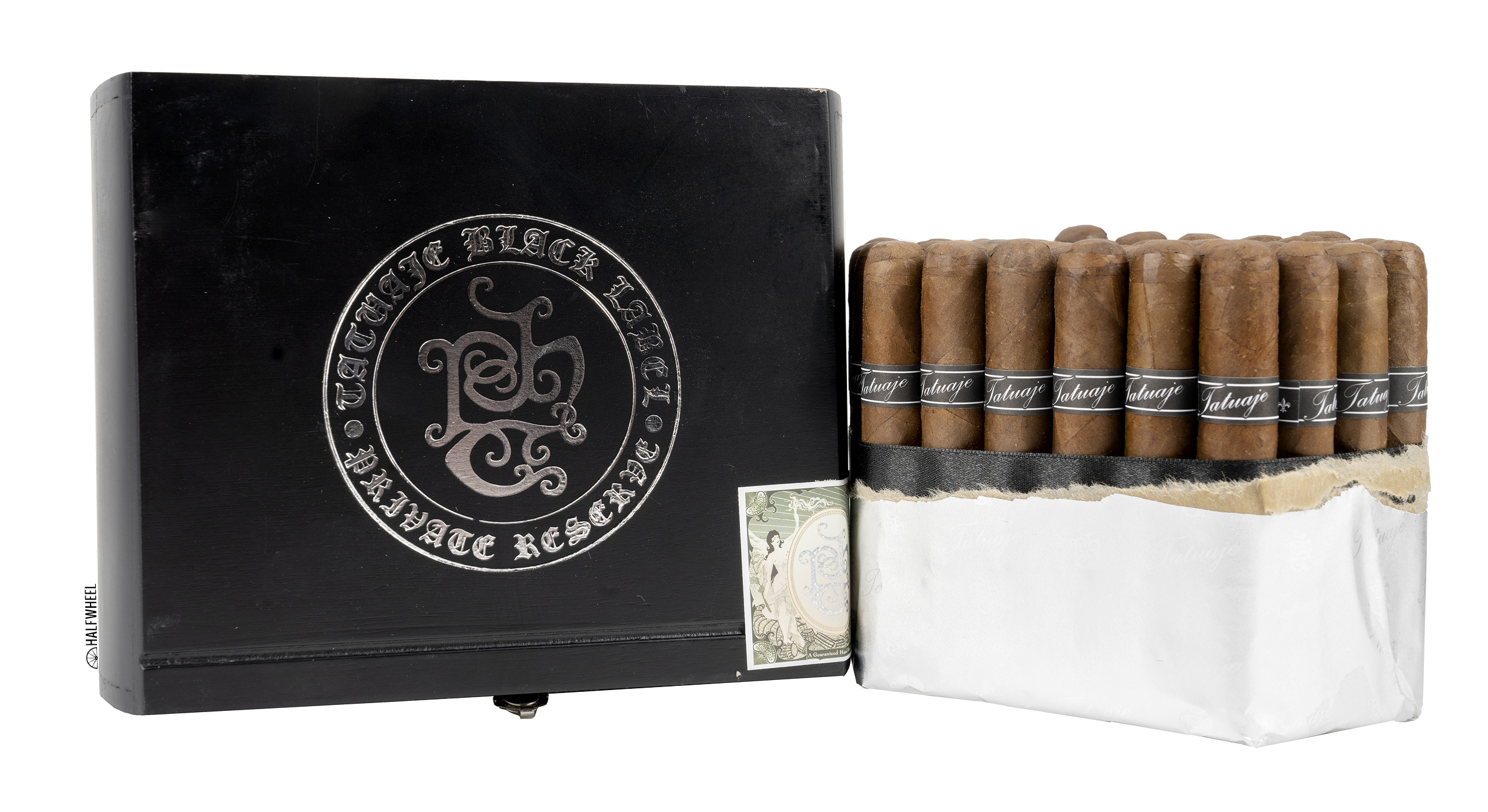 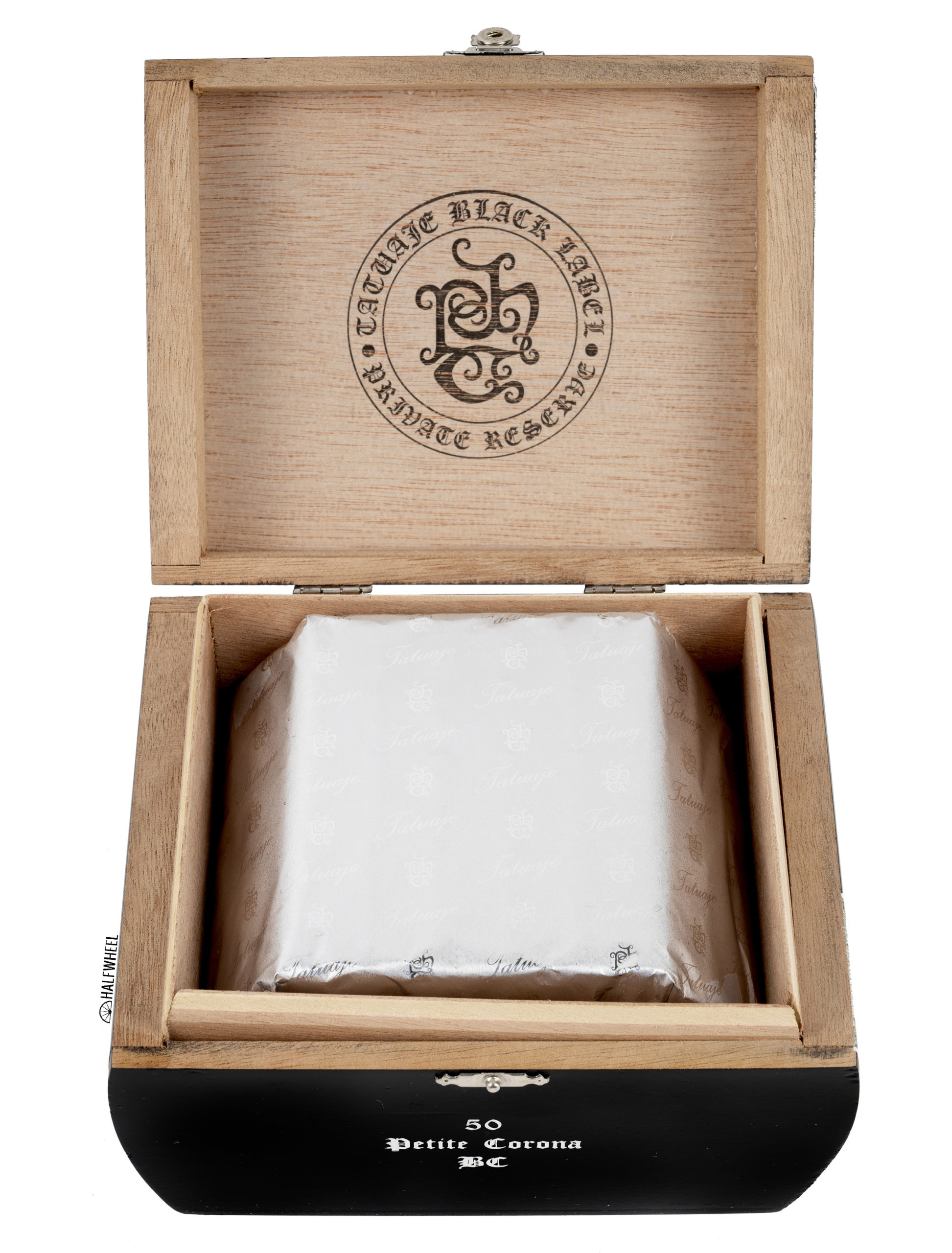 The Black Label Petite Corona BC is a 4 x 40 petite corona that is offered in cabinets of 50 cigars. At $4.75 per cigar, it’s not only the smallest but also the least expensive Black Label to be sold. 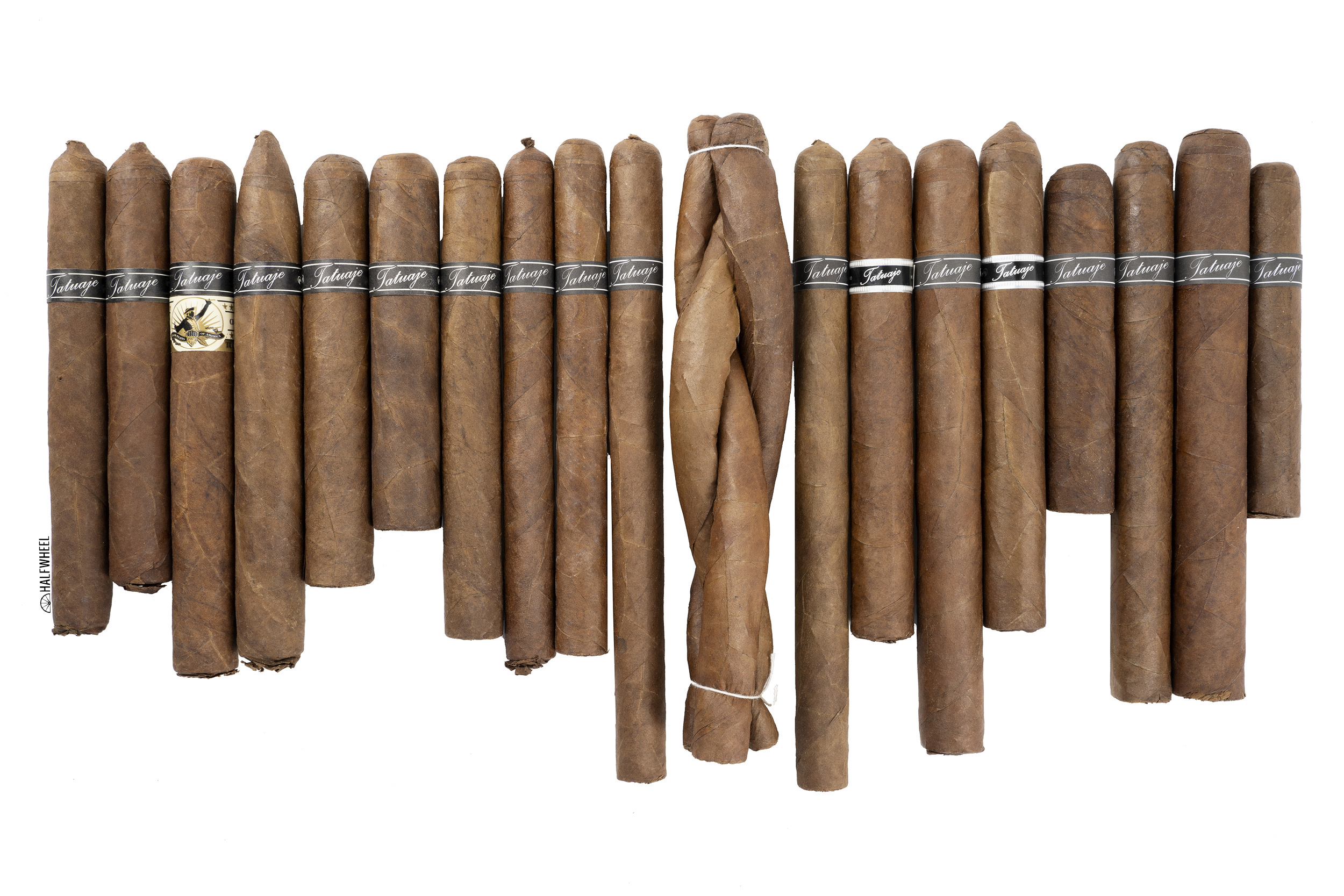 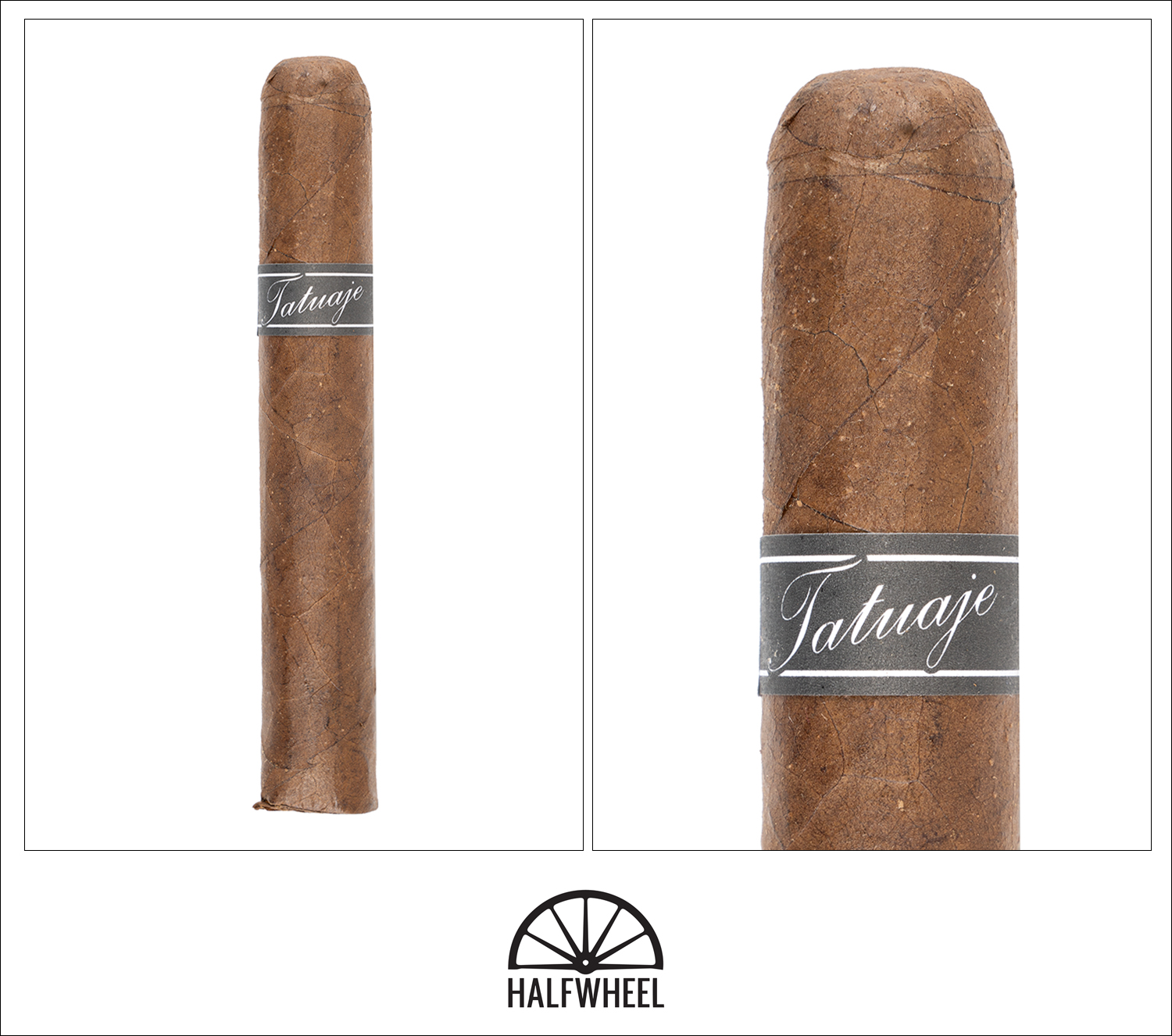 With a semi-muted brown wrapper I’ve become familiar with over the years, this is exactly what I would expect a Black Label Petite Corona to look like. Unfortunately, I can’t really get anything in the way of aromas from either the wrapper or the foot of the cigar. I suspect things would be much different if I was sticking my nose inside the cabinet of 50 cigars, but the cabinet we photographed was just on loan from Elite Cigar Cafe to take these photographs. For as little as I get any scents from the cigar, the cold draw has an exciting mixture of floral flavors, pink lemonade powder and a bit of irritation. While the profile is medium-full, everything is a bit muted.

The Tatuaje Black Label Petite Corona BC starts with orange, some of the pink lemonade flavor, something that reminds me of a chicken-type of meatiness and then a coffee finish. Ten or so minutes later, things have shifted to be less sweet with earthiness being the main flavor surrounded by some lemon flavors and a cinnamon in the middle of the mouth. Retrohales produce a deep nuttiness, a bit of a soap-like flavor and then some black pepper. The finish is much more vibrant with a burnt coffee flavor, some minerals, earthiness, an underlying sweetness and some white pepper. After about 15 seconds, I get some saltiness. Flavor is full, body is medium-full and strength is nearly full. Construction is great though the cigar definitely likes to be smoked slow and the flavor gets very harsh if I try to smoke quickly.

There’s a pleasant hoisin sauce flavor that seems to bring about the second third, roughly 25 minutes into the cigar. As the burn line crosses the halfway mark it gets increasingly nuttier, eventually showing itself to be more of a walnut. On one sample I find a nice basil-like flavor that helps to clean the nuttiness off the palate. Retrohales are similarly much smoother, like a brown butter on top of some smooth wood flavors. The pepper that used to be present is completely gone. There is cedar, a bit of herbal flavors and some apple on the finish. Flavor is full, body is medium-plus and strength is medium-full. Construction remains excellent. 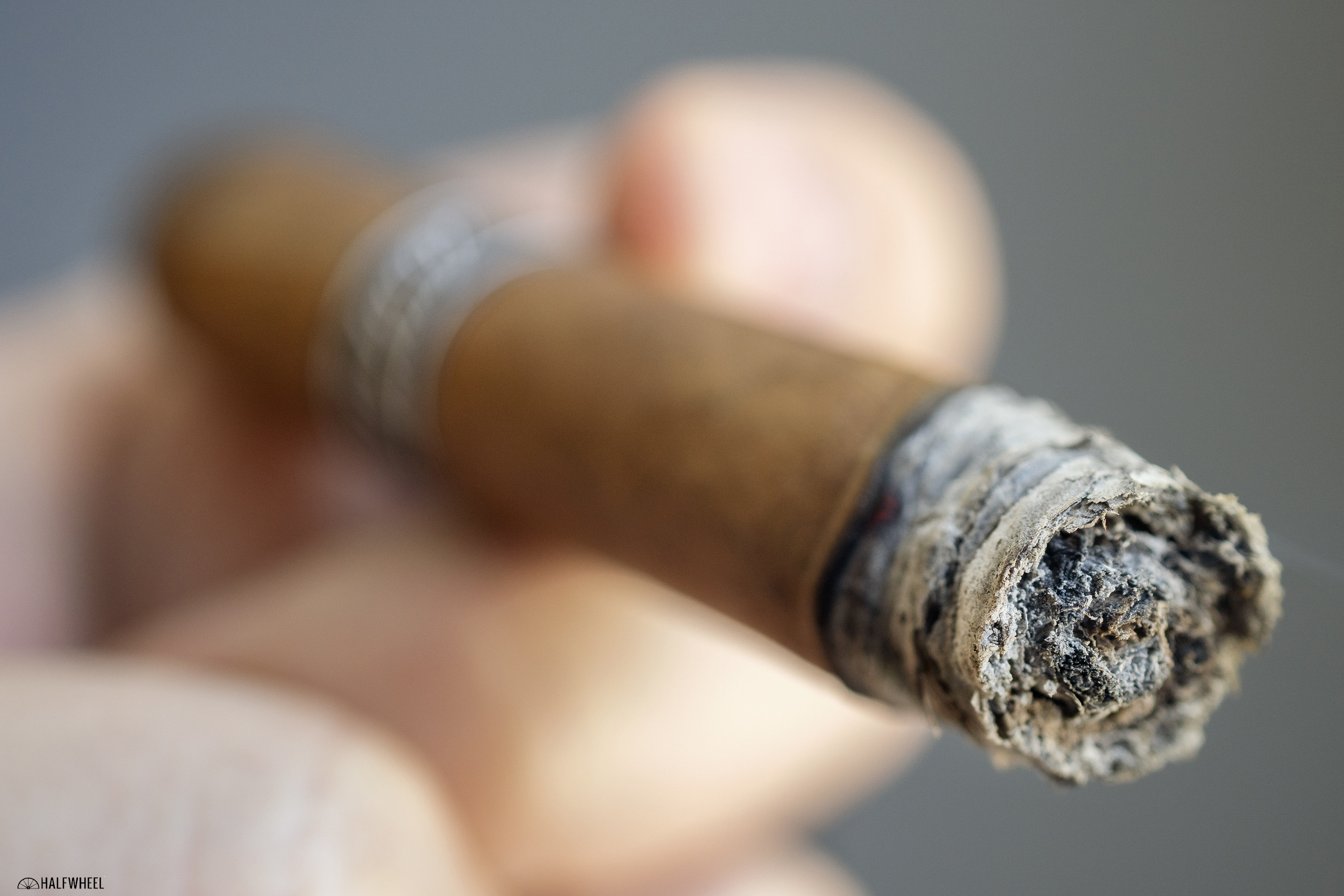 The profile is decidedly tamer in the second third. Any traces of harshness or pepper are gone and instead, it’s a rich grain flavor over some earthiness, bread and a bit of citrus. One sample has sugar hitting the top of my mouth, almost like sticking a sugar cube and just forcing it to dissolve by pressing it on the roof of my mouth. Retrohales are creamier with none of the roasted flavors from before, though there’s some nuttiness and sugar sneaking in from time to time. The finish does have some of the roasted flavors, at least on two cigars, along with pasta, creaminess and varying levels of both the sugar and some saltiness, though both of those flavors are restricted to just select parts of my tongue. Flavor is full, body is medium-full and strength seems to be back to full. Construction on all three cigars is excellent from start to finish. 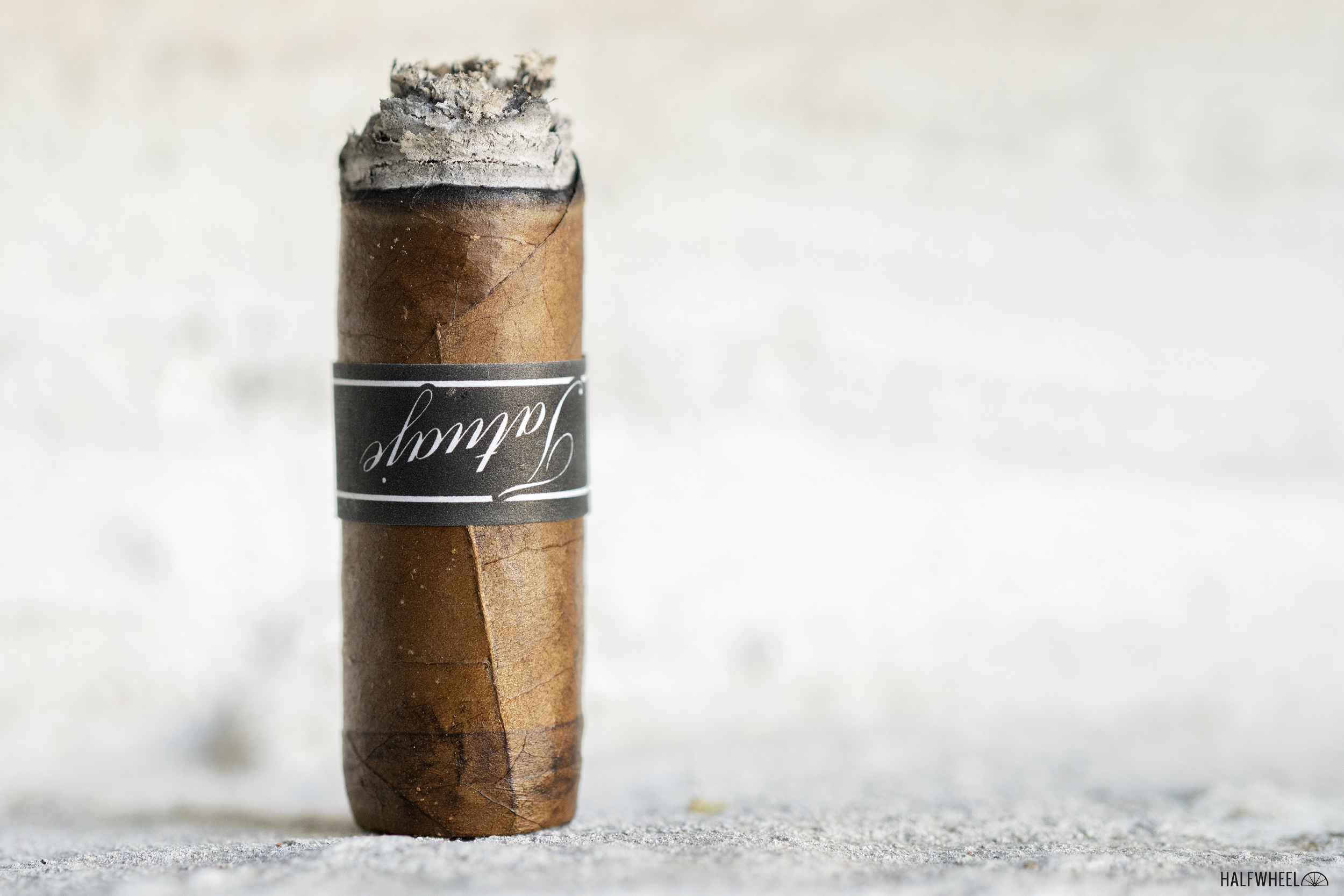 If you asked me what my favorite short cigar of all time was, it would probably be Tatuaje’s Cabaiguan WCD 120 or the WCD 120 REDUX, a 4 5/8 x 42 corona version of the Cabaiguan. Some might choose to disqualify the cigar because it’s not small enough—although my notes suggest it only took five minutes longer to smoke than the Black Label Petite Corona—and so this would seemingly be a very strong candidate. It’s somewhat of a weird cigar to smoke as it gives me both the complex profile and the punch that I’d expect from a Tatuaje Black Label in a short format but if you try to smoke it quickly, all of that disappears. Much like the Cabaiguan, I suspect this won’t stand out as one of the very best of the hundreds of different cigars Pete Johnson has made over the years, but it really is one of the best new Tatuajes I’ve smoked over the last five years.