In April of 2007, Havana Cellars/Tatuaje released the first of what would eventually become a somewhat regular production vitola in the Cabaiguan line, the WCD 120.

Commemorating Washington D.C. based W. Curtis Draper’s 120th year in business, the 4 5/8 x 42 petit corona had a total production of only 1,800 cigars, making it one of the smallest single store releases for Tatuaje before or since.

In 2012, Tatuaje was once again asked to produce a cigar for W. Curtis Draper, this time for their 125th anniversary. As one of four different manufactures who participated in making blends for the occasion, Tatuaje decided to produce the same cigar they made in 2007, this time calling it the Cabaiguan WCD 120 REDUX and increasing the total number produced to 3,250.

At the tail end of March, Tatuaje announced plans to produce the blend a third time, not as a limited release as in previous versions, but instead as a regular production cigar that would be sold exclusively at W.Curtis Drapers and named simply the Cabaiguan WCD.

Here is what I said in my review of the original Cabaiguan WCD 120 back in 2010:

Basically if you took any of the larger Cabaiguan smokes, compacted the flavors into a petit corona size and added a pigtail, the Cabaiguan WCD 120 is what you would be left with. This cigar is extremely enjoyable and definitely the best out of the Cabaiguan lineup, honestly, not even close. It also has a amazing Cubanesque note that is hard to place, but easy to enjoy. Awesome burn, great draw and ideal balance all equal a great smoke.

Covered in a golden nut brown wrapper that is smooth and dry to the touch, the Cabaiguan WCD 120 is diminutive compared to most sizes being released these days. The small pigtail on the cap is a nice touch normally only seen on the Cabaiguan Guapos, while the cigar is just a bit hard when squeezed. Aroma off of the wrapper is a combination of slight nuts, sweet cedar, white pepper and citrus.

From the first puff, I am assaulted with flavors, all competing for dominance: aged cedar, sweet floral, nuts, coffee, milk chocolate and even a small amount of tart lemon every once in a while that comes and goes. There is a somewhat shocking amount of white pepper on the retrohale considering not only the age but also the original blend, and even some spice on the tongue that really bumps up the complexity of the entire profile. The overall profile becomes more creamy and slightly less sweet at around the halfway point, and stays that way until the end of the cigar, although the pepper remains constant until I am finished. The balance overall is excellent, and never once do I feel like one of the flavors got out of hand.

Construction-wise, both the burn and draw were near perfect on both of the samples I smoked, although the smoke production decreased noticeably in the second third before picking back up again for the final third. The strength is almost nonexistent overall, not even reaching the medium mark by the end of the cigar. This blend also does tend to turn bitter fast if puffed on too fast, as I learned the hard way a few times when I was not paying attention. The finish is quite long, and consists of strong creamy peanut flavor, almost like peanut butter. 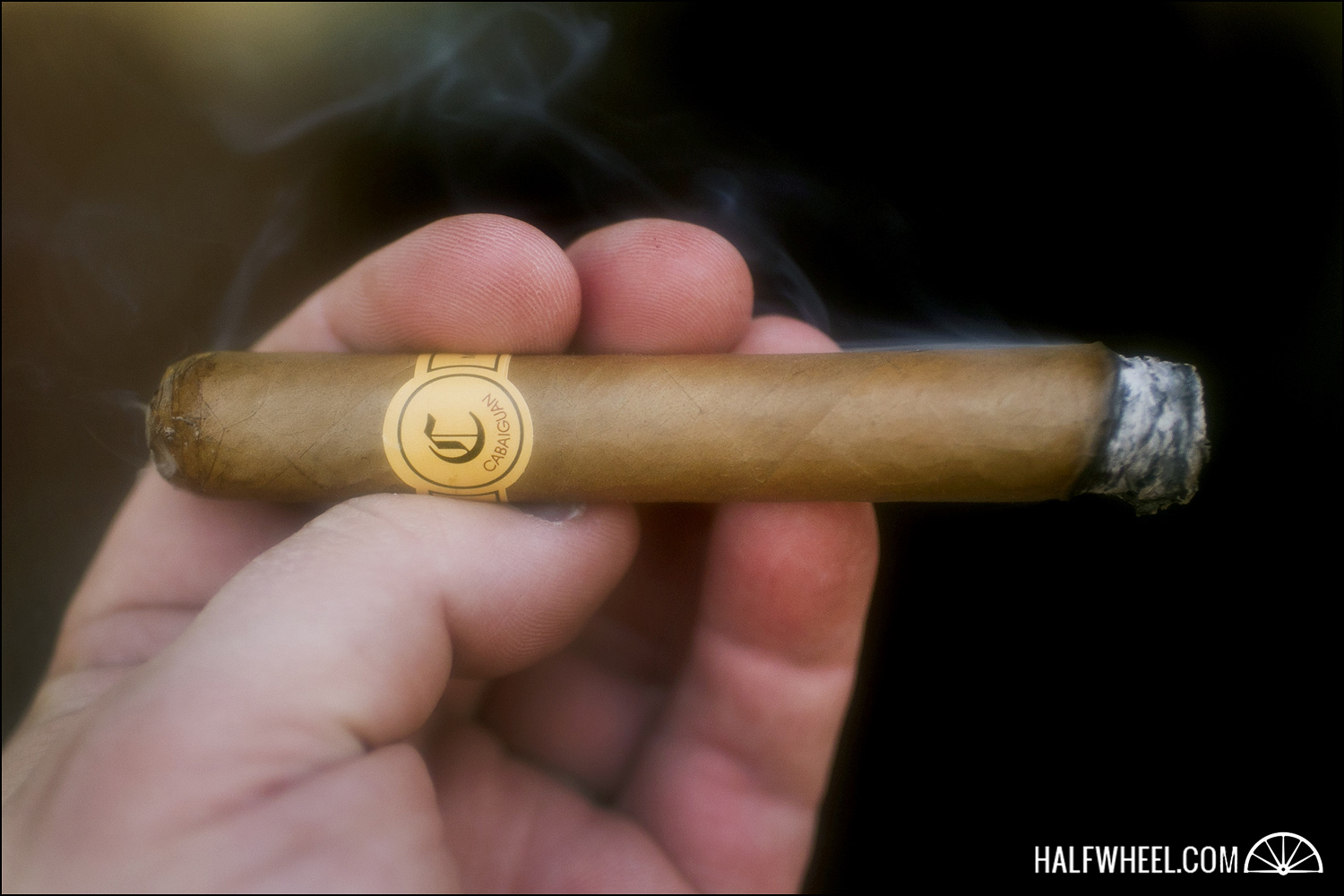 I have always considered the Cabaiguan WCD 120/REDUX to be one of Pete Johnson’s best releases, and smoking this six-year-old original release just proves it.

The best thing about these releases is neither the complexity that is packed into such a small ring gauge, nor the excellent construction from the first puff to the last, nor the fact that you can now buy a version regularly. No, the best thing about the Cabaiguan WCD 120 release  is that the profile changes so dramatically as it ages, giving you a clear choice on which one you smoke based on what you are looking for at any given moment.

Want a sharper, bolder profile with more citrus notes and less creaminess? Smoke a newer release fresh. Want a profile that is creamier, sweeter and a bit more nuanced, but still with enough pepper and spice to keep things interesting? If you have an original, smoke that. You literally can't go wrong either way, and that makes this cigar a winner regardless of how long you have have it before you smoke it. One of those rare gems that almost no one talks about, very few people know about, and more people should be smoking.