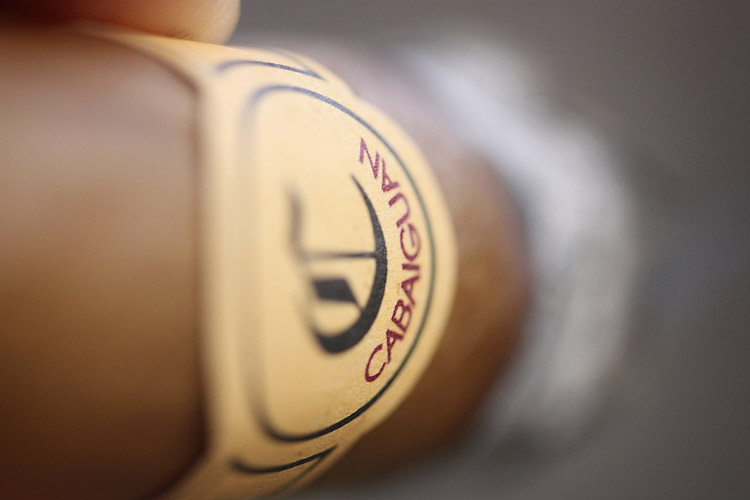 Pete Johnson’s Havana Cellars was one of the four selected and the cigar chosen was the WCD 120, or remaking the WCD 120. Here’s what the news story said a few weeks ago:

The famed Cabaiguan WCD 120 will return to W. Curtis Draper on Friday, this time known as the Cabaiguan WCD 120 REDUX. Pete Johnson is the first of four cigarmakers that have been commissioned to produce special cigars commemorating the Washington D.C. store’s 125th anniversary and has decided to remake the cigar he made for their 120th anniversary.

Pete Johnson explained the change in name, “Blend and size are the same as before. 5 years between production dates so that’s why we called it 120 REDUX.”

The only other difference besides date of production is that the new version will feature a different date on the box. You can see the prominent date display in Brooks’ review of the WCD 120.

Johnson tried to keep the cigar as identical as possible with very few actual changes. The date on the box was updated, the cigars were obviously rolled at two different times; but in general, the new and old are difficult to tell apart. Rather than naming it the WCD 125, Johnson added “REDUX” on the end signifying that it wasn’t a new blend, rather just a new batch.

In a lengthy interview with Jerry Cruz, Johnson described the cigar:

It’s the same blend essentially (as the original), but when you start talking about tobacco seasons changing you are bound to find some differences, but im surprised how well it’s pretty much straight forward there

The boxes of the Cabaiguan WCD 120 REDUX look like this: 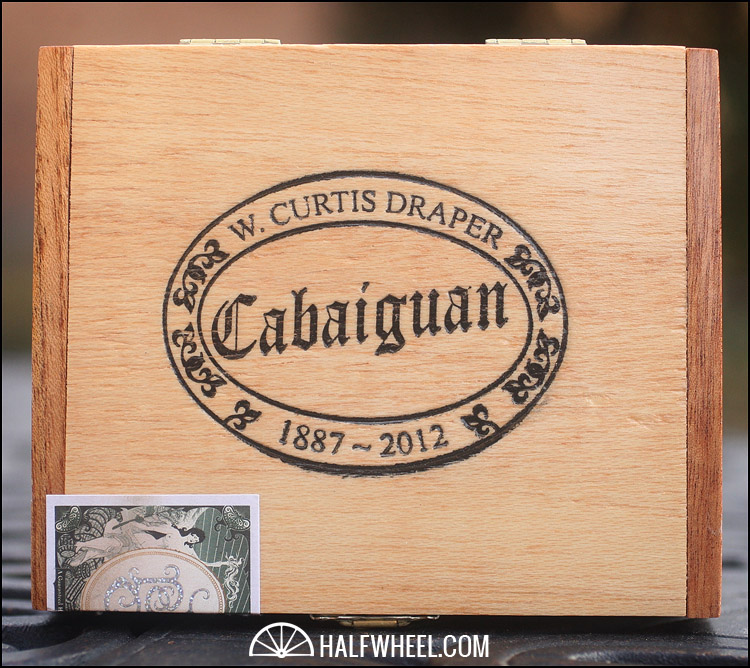 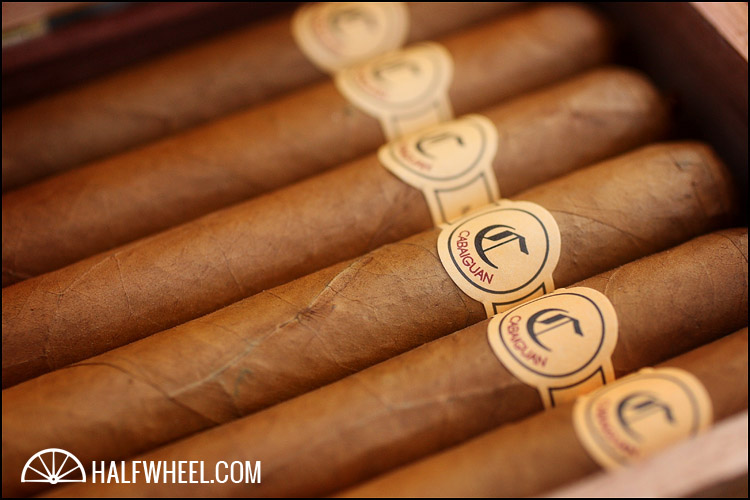 Here’s a picture of the two boxes, which are actually pretty different. The OR is on the left, REDUX on the right: And here’s a picture of the two cigars: OR on top, REDUX on bottom: 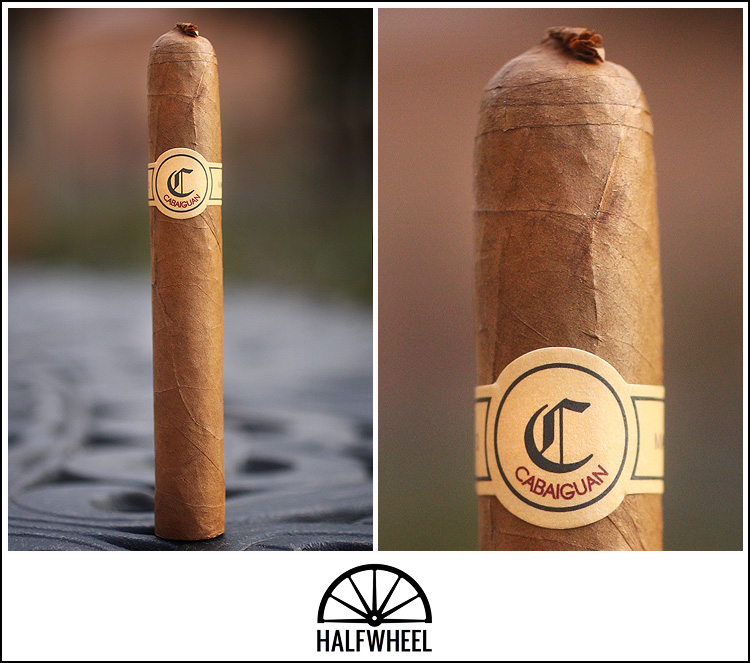 The first thing you notice? It’s the box. There’s an incredible Cuban-like sweetness coming from the tiny box of the WCD 120 REDUX. The cigars themselves retain some of that, but there’s a bit more sweet cedar and roasted nuts. Appearance wise, the Ecuadorian Connecticut wrapper looks pretty much like a regular Cabaiguan: beautiful color, decent sheen. Between the bands, the triple cap, pig tail and roll, the cigar looks rather Cuban. It’s a much cleaner roll and wrapper, but there’s a good amount of Havana present. Aroma from the foot is much fuller: sweet leather, earth, nuts and a bit of sweet grassy twang. Cold draw of the REDUX is rather reminiscent of the original: a bit more open, some pepper and spices on the back, but there’s some sweet twang and graham cracker; medium-full.

It begins with a ton of smoke in the first third. Flavor starts with a deep nutty cedar, a lot of dry spice on the bottom of the throat, core is a heavy cedar and a touch of creaminess on the finish. Not really shocking at all. The WCD 120 REDUX settles to a dry cedar flavor that has a heavy peanut note and lots of black pepper. Finish shows grassiness, earth and pepper with absolutely zero sweetness to be found anywhere. It’s full in flavor, south of medium in strength. Not much time elapses before the second third arrives. There’s not a drastic change, but the every three or so puffs something changes slightly. Midway through the WCD 120 REDUX is a bit creamier, has an underlying sweetness of molasses, a floral hint and the pepper begins to slow down. The draw is still a bit open for my liking, but the smoke production isn’t worth spending any time on, as it’s quite impressive, particularly in the still winter afternoon. 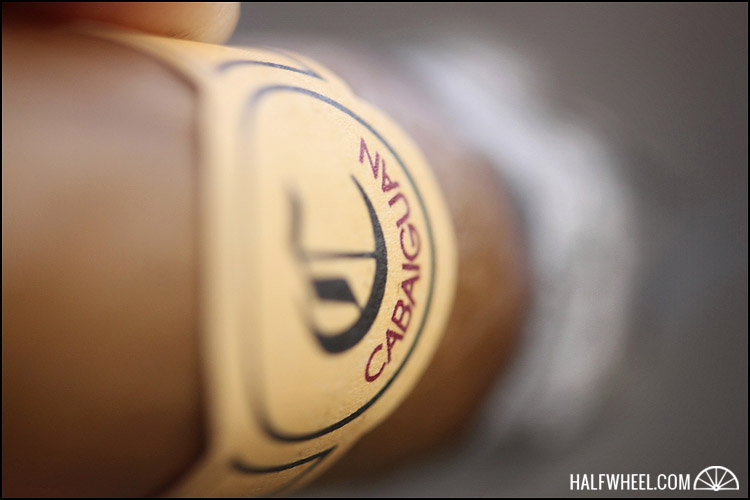 The final third is what it was supposed to be. Just as Pete had described in the original WCD 120, there’s a flood of creaminess that begins to come on as the REDUX finishes. The pepper is almost entirely gone, while the cedar is still very much there. Unfortunately, the floral note doesn’t make itself known that much in the final third, but the other sweetness becomes apparent. Even well under an inch, the Petit Corona avoids getting hot and still puts off plenty of smoke. 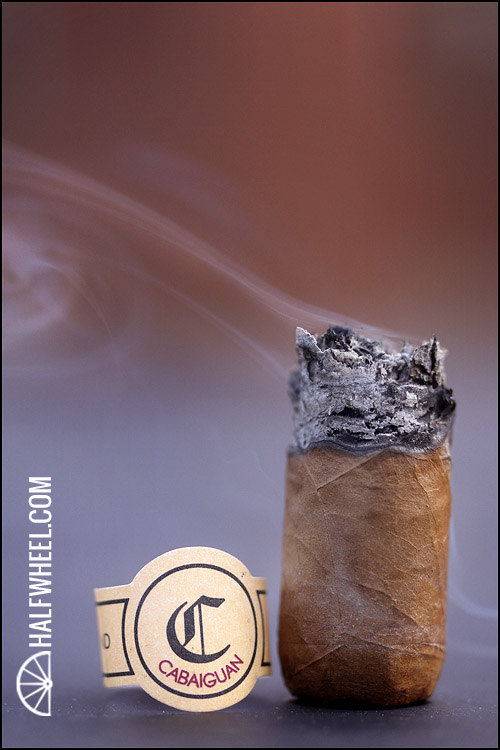 For this review, I smoked three WCD 120 REDUXs and one of my prized original releases and five years makes a big difference. The originals are much sweeter and have a lot more complexity that has come out with time and the gradual decline of the pepper. However, you can tell there's a lot in the REDUX and it wouldn't shock me if five years from now they are actually better than where the OR release is now. In any case, there's zero reason to believe that these aren't going to be just as good and I honestly doubted that was going to be possible. For me (and many others), the WCD 120 is one of Johnson's greatest releases and the WCD 120 REDUX at this very early stage seems to be one of those rare times in which a cigar has been replicated with great precision some time later. Should have bought two boxes.