Last year, Southern Cigars debuted its four blends in its IGNITE Series, composed of a series of different cigars released at specific retailers around the country that is intended to help raise money for three types of different charities: helping active-duty, deployed, military veterans and their families; premium cigar rights and cigar retail associations; and organizations that help the needy, homeless and hungry population, many of whom are U.S. military veterans.

During this year’s IPCPR Convention & Trade Show, the company doubled down on IGNITE, showing off six additional blends released in the series before the end of the year, each of which will benefit the Navy SEAL Foundation, which offers immediate and ongoing support an assistance to the Naval Special Warfare community and its families. According to Southern Draw, 12.5 percent of the cost of each IGNITE humi-jar purchased will be donated to the Navy SEAL Foundation by the company, while the retailer who is selling the cigars will also contribute in an additional 12.5 percent.

The first three new additions to the IGNITE Series debuted during two events on June 20 at Crown City Cigars and McP’s Irish Pub in Coronado, Calif., while the final three blends are scheduled to be released during both the third and fourth quarters of 2019. 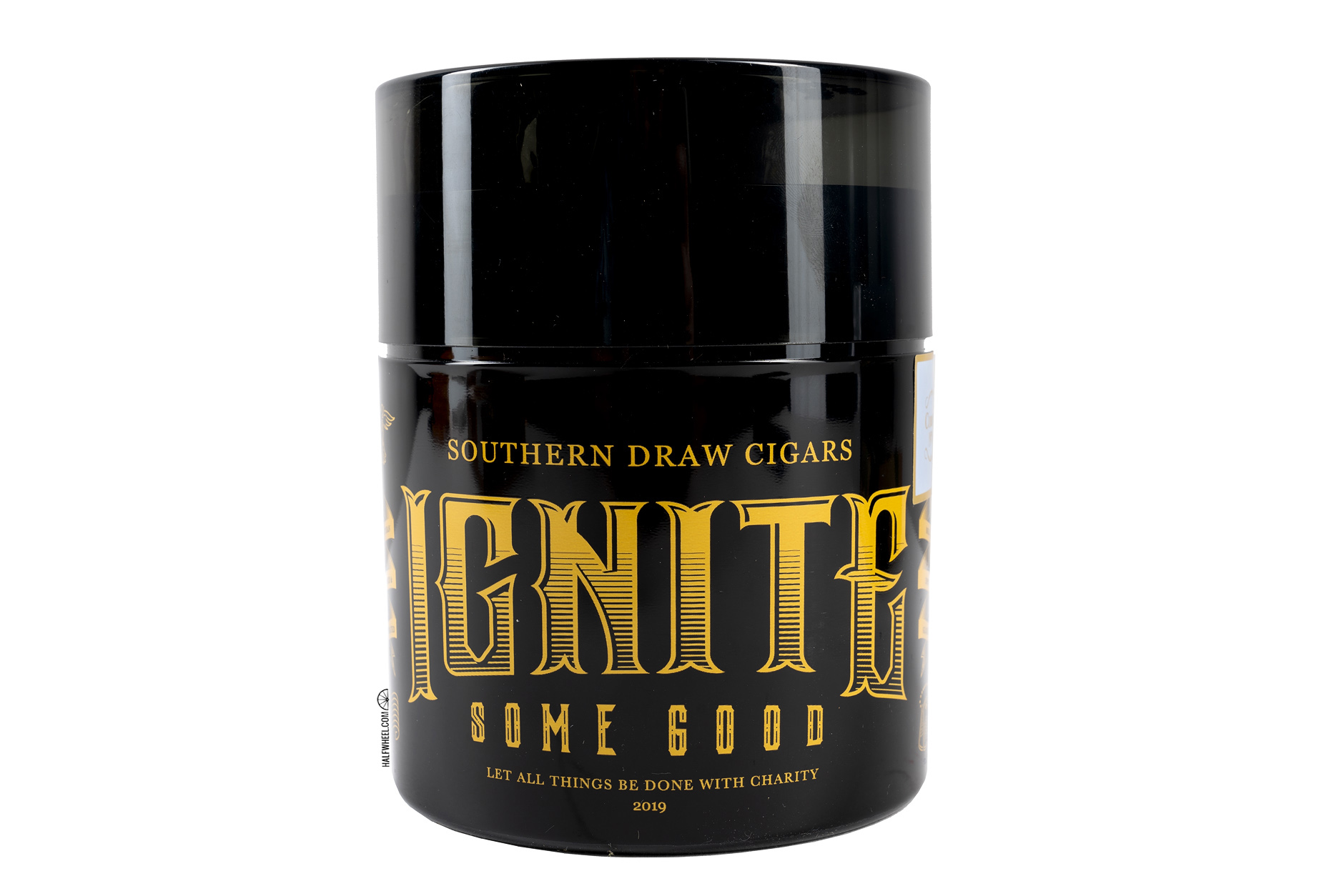 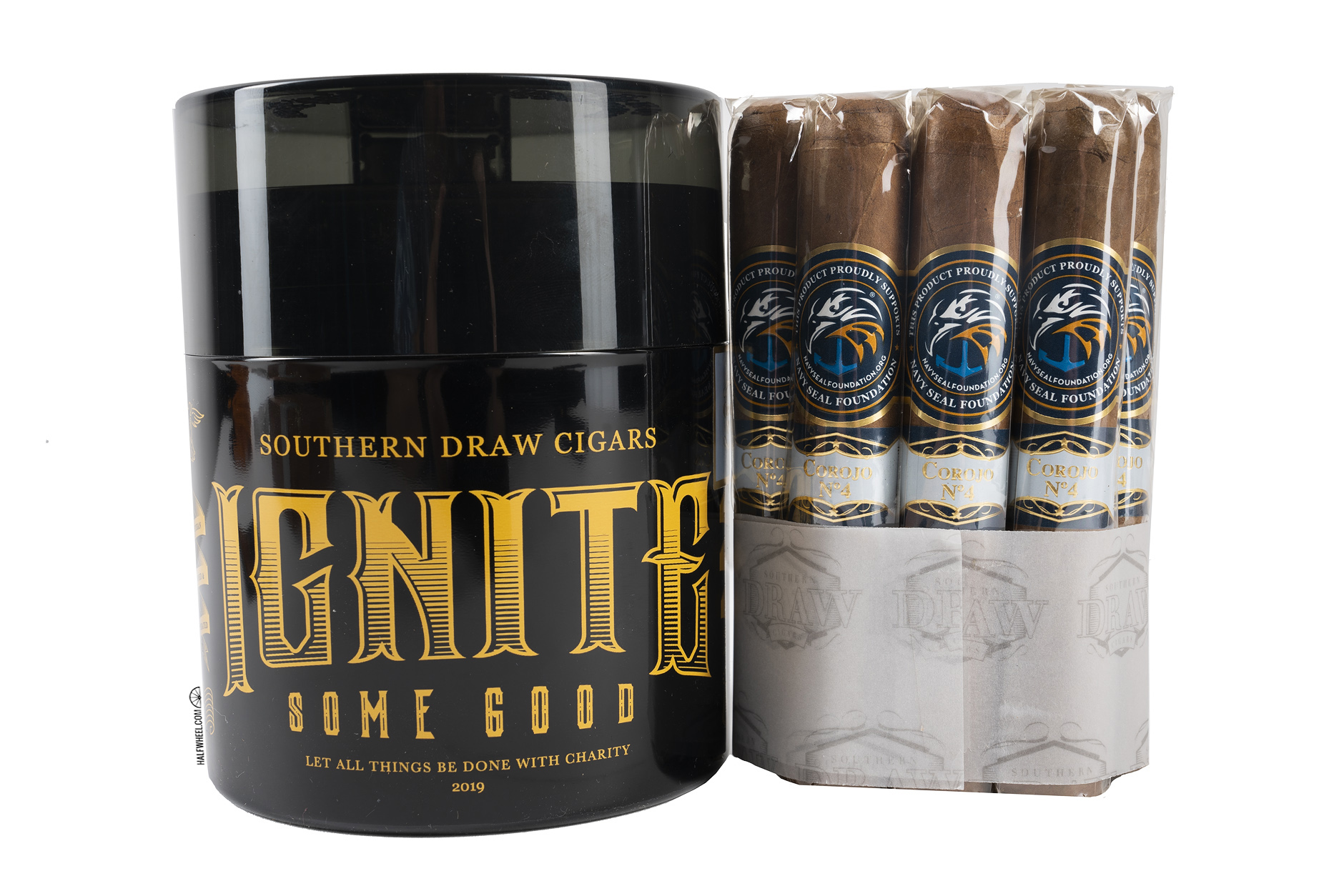 The first three are:

The subject of today’s review is the Private Blend Corojo 99 #4, a 5 x 50 Rothschild that incorporates a Corojo 99 Honduran wrapper covering two different binder leaves from Nicaragua and Honduras leaves as well as a filler blend sourced from Honduras and Nicaragua Total production of the Private Blend Corojo 99 #4 is limited to 800 jars of 10 cigars and 300 bundles of 10 cigars that were rolled at Tabacalera AJ Fernandez Cigars de Nicaragua S.A. in Estelí. 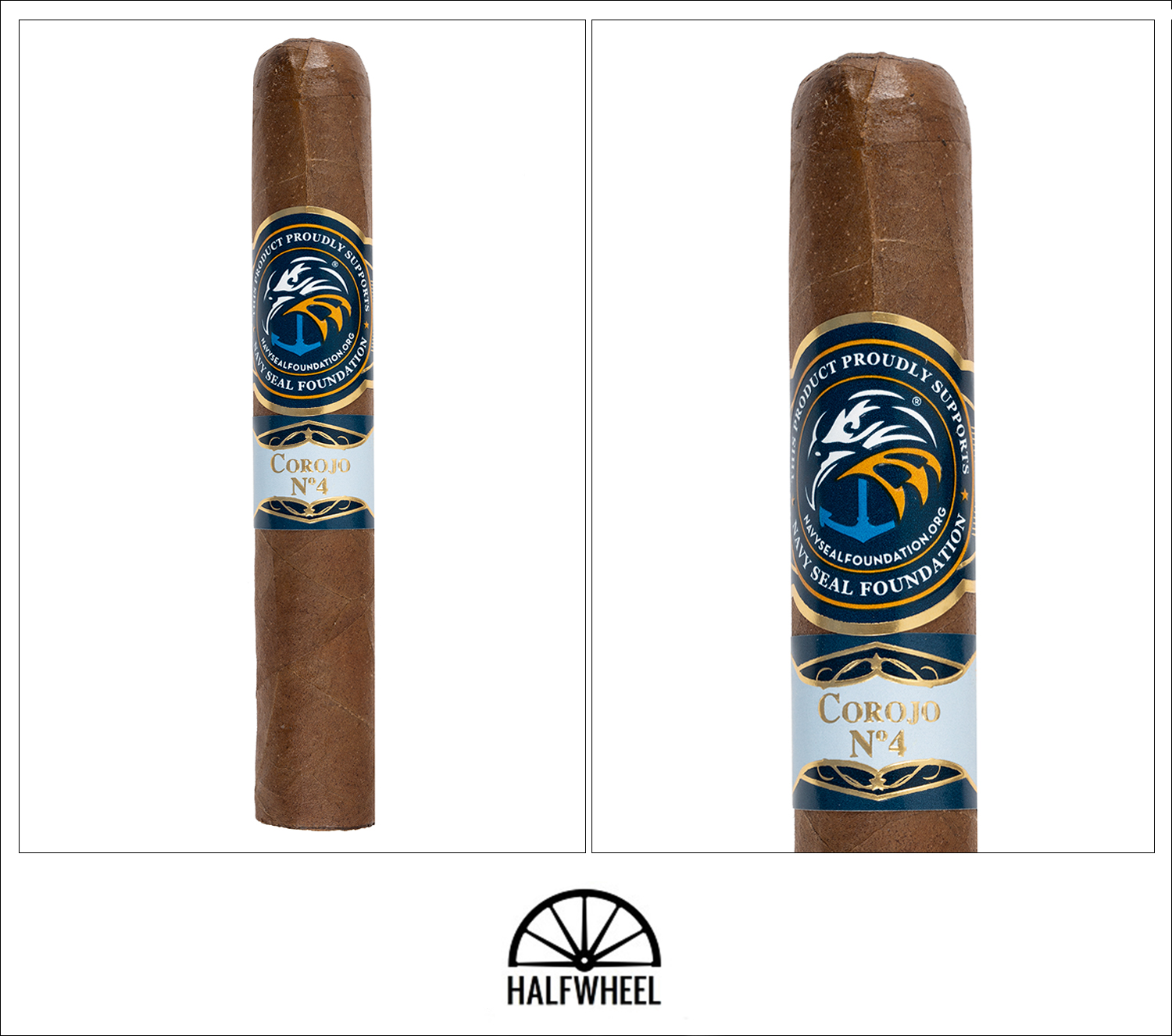 Although the two bands—which look great when seen together—take up quite a bit of real estate, I can still see that the Southern Draw IGNITE Private Blend #4 Corojo is covered in a cinnamon brown wrapper that feels like parchment, but sans any visible traces of oil. The cigar is extremely firm when squeezed and there are a few different prominent veins running up and down the length. The aroma from the wrapper is a combination of cedar, hay, manure, leather, peanuts, popcorn and maple sweetness, while the cold draw shocks me with a strong caramel apple sweetness as well as notes of cinnamon, earth, creamy cedar, celery and creamy cedar.

Staring out, the IGNITE Private Blend #4 Corojo features a dominant combination of cedar and dark chocolate, followed by popcorn, cinnamon, leather, earth and a touch of floral. There is a small but distant note of maple sweetness that almost disappears behind some black pepper on the retrohale as well as some slight spice on my tongue, while the finish is dominated by espresso bean bitterness. The draw is excellent after a simple punch while the burn is uneven, albeit not even close to bad enough to need correcting so far. Strength-wise, the cigar does show some signs of taking off early on before evening out at a point about halfway between mild and medium by the end of the first third. 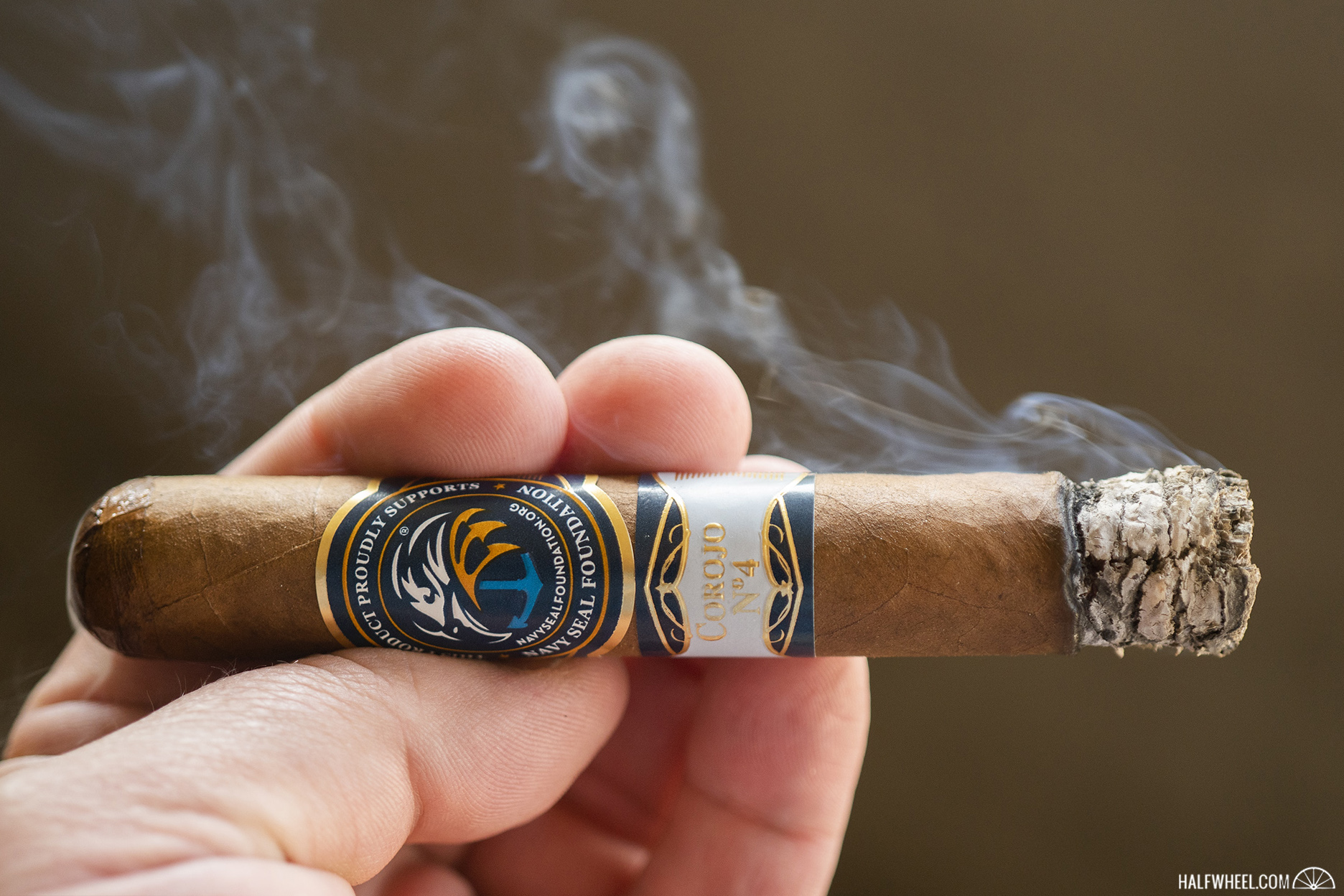 While I was hoping that the maple sweetness on the retrohale would increase enough to really make an impact on the overall profile, that was not to be, although the black pepper recede a bit. The second third of the Southern Draw Private Blend #4 Corojo also retains the dominant combination of cedar and dark chocolate along with lesser notes of peanuts, cinnamon, earth, wheat, coffee beans and floral flit in and out, while the spice from the first third is long gone by before the halfway point. Construction-wise, the continues to feature an excellent draw as well as plenty of dense, white smoke, but the burn becomes problematic early on and I am forced to touch it up a couple of times in quick succession. The overall strength increases enough to hit a point just under the medium mark, but stalls out there by the time the second draws to a close. 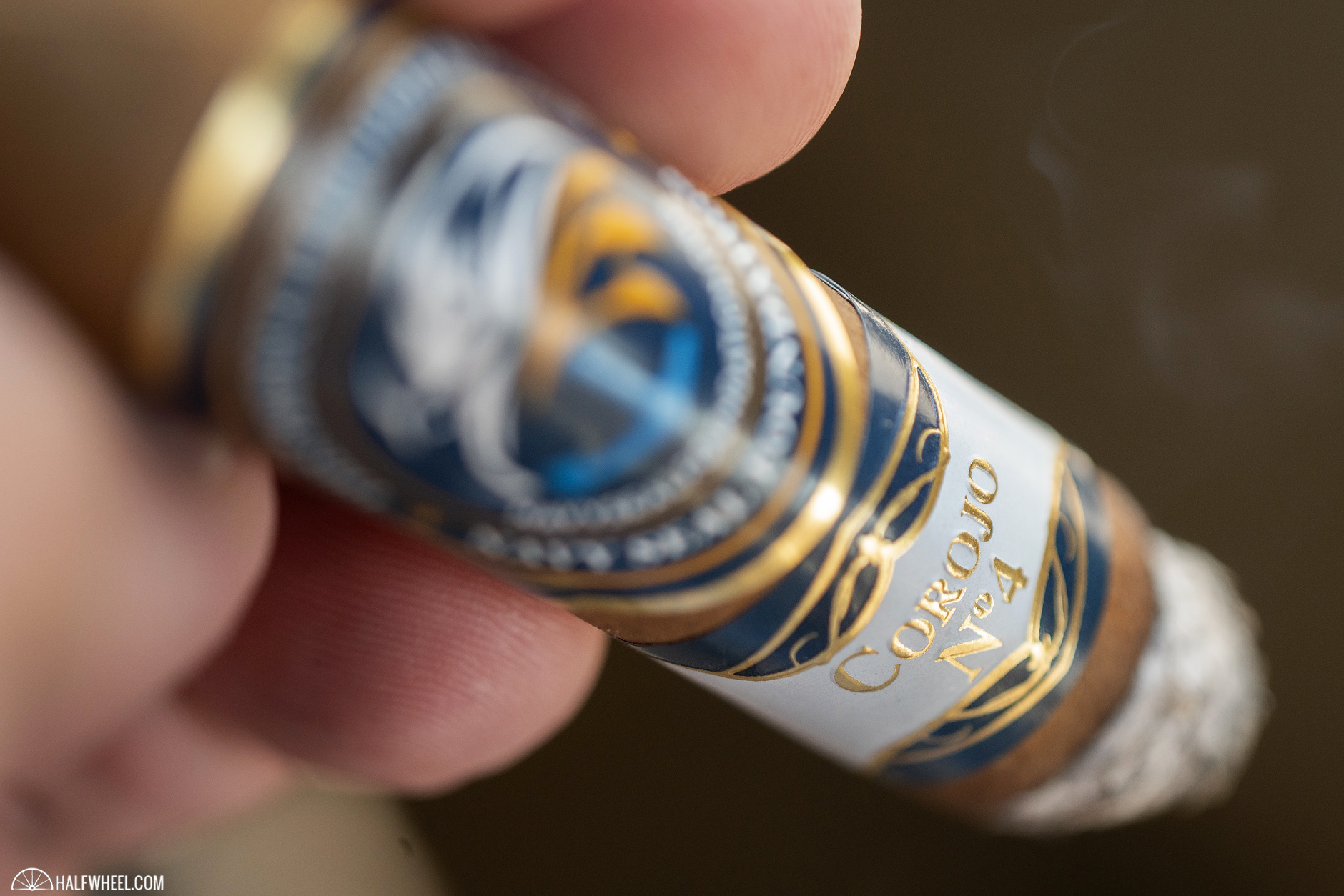 There is not much change during the final third of the Private Blend #4 Corojo, including very familiar dominant cedar and dark chocolate combination as well as the same amount of both maple sweetness and black pepper on the retrohale. Secondary flavors of gritty earth, leather, espresso beans, popcorn and hay are noticeable in various amounts, but the floral note that had been present from the first third has disappeared. Thankfully, the burn has up nicely and the draw continues to give me no issues at all, while the overall strength increases enough to finish at a medium before I put the nub down with a little less than an inch left. 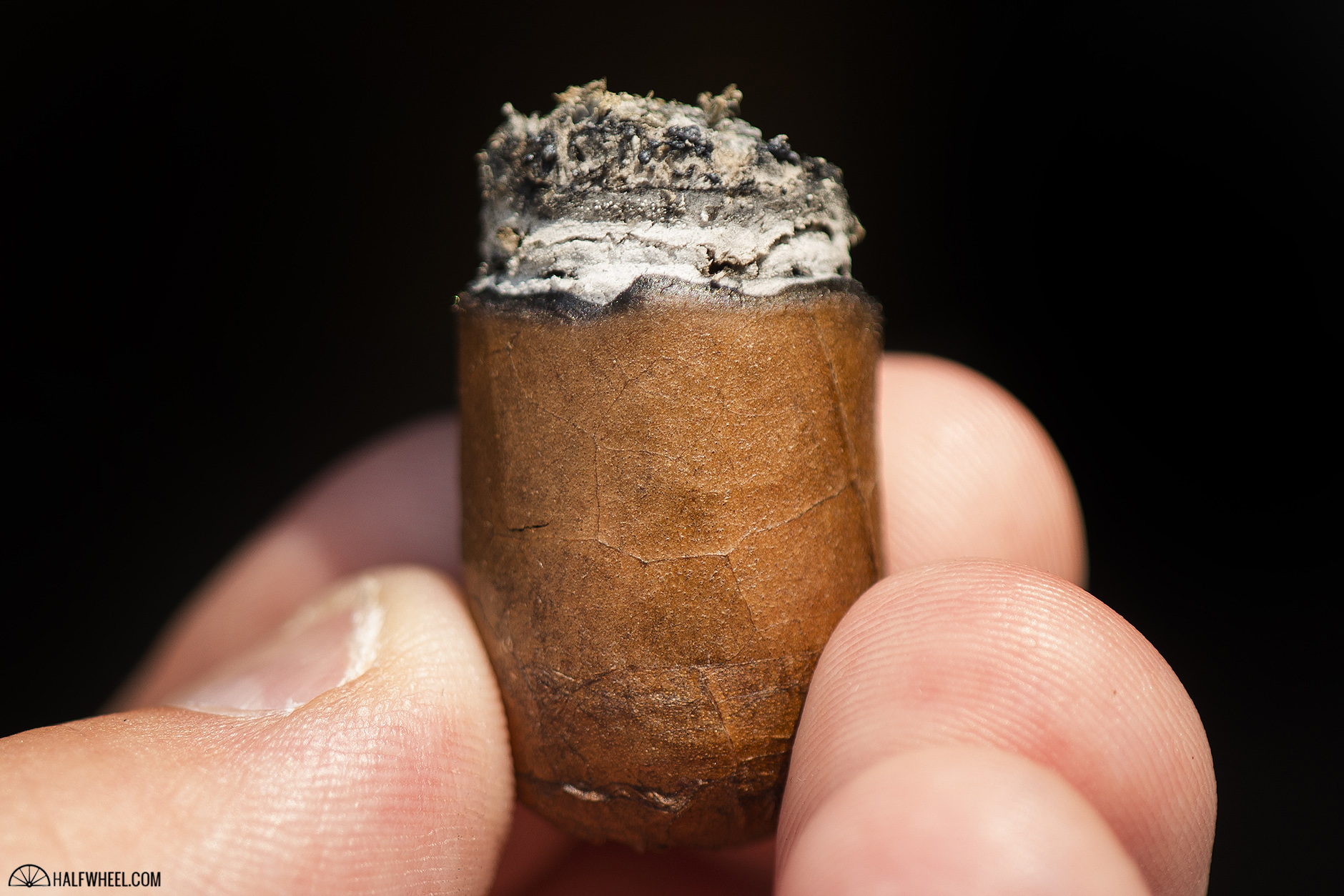 There is no doubt that the caramel apple note on the cold draw had me excited for what the profile of the Southern Draw IGNITE Private Blend #4 Corojo would bring to the table. Sadly, that flavor is nowhere to be found in the actual profile as I was smoking, but there is plenty to like about the cigar without it, including a dominant combination of creamy cedar and dark chocolate, some slight maple sweetness and a persistent black pepper on the retrohale that enhanced the flavors without becoming overwhelming at any point. A bit more sweetness of any kind would really help the complexity of this blend, but in the end, the Southern Draw IGNITE Private Blend #4 Corojo is an easy to smoke, enjoyable cigar that raises money for a great cause.