Southern Draw Cigars is bringing a charitable approach to a new series of cigars that will be released over the course of 2018.

The company’s new series of cigars is being released under the Ignite banner and is a partnership with retailers to help raise money for three types of charities, namely ones helping active-duty, deployed, military veterans and their families; premium cigar rights and cigar retail associations; and organizations that help the needy, homeless and hungry population, many of whom are U.S. military veterans.

The line will get its first release during on April 14 during the Texas Cigar Festival as part of a collaboration with Serious Cigars and Casa de Montecristo. Details of the cigar will be announced later this week.

The second release will happen on May 12 at Famous Smoke Shop & Leaf Cigar Bar in Easton, Pa., while the Cigars International will be getting two unique cigars as part of the third release, with the cigars set to debut in September and November.

Operation Cigars for Warriors has been selected as the initial beneficiary as part of a concerted effort to increase the cigar donations and monetary contributions that have seen a significant decrease since FDA regulations on cigars went into effect. Southern Draw says that the supply of donated cigars and funds to ship the cigars to deployed military personnel have diminished to all-time lows.

To fund the donation, both Southern Draw and the retail partner will each contribute $3.75 per jar, making for a total of $7.50 per jar and a total donation of $37,500. Southern Draw Cigars promises to provide complete transparency regarding the identity of each partner, sponsor and the amount of all contributions and the frequency of the offerings. 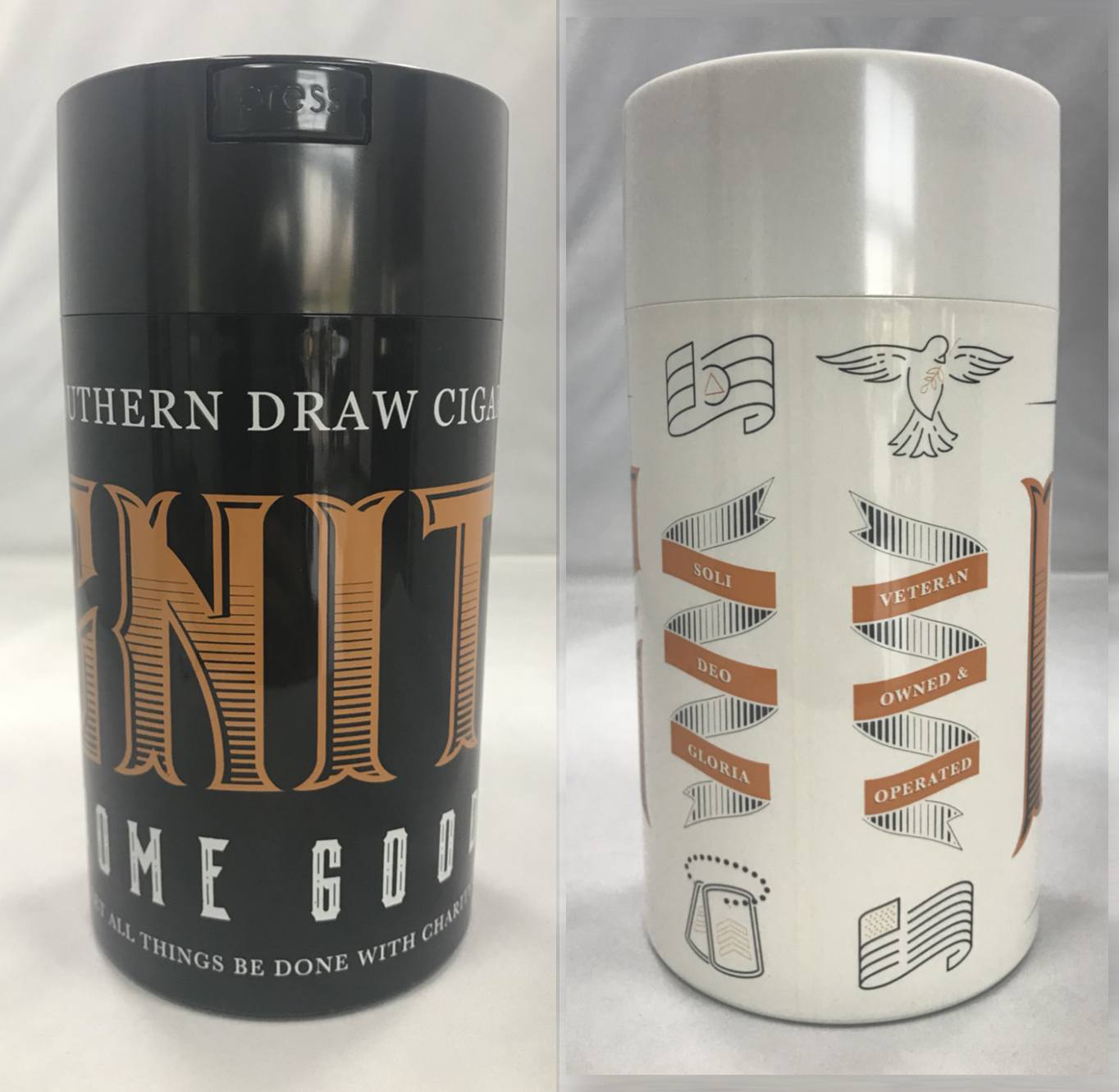 Southern Draw is producing a total of 5,000 custom 10-count jars with the slogan “Ignite Some Good,” with half black and half white. The jars will also come with a humidification pack donated by Boveda, and will feature a sticker of the charity on the lid, as well as an informational brochure insert.

The company calls the Ignite program “a creative way to dedicate new release cigars to provide hope, morale and charity to those in need,” according to a press release. It has two additional releases planned and is currently looking for retail partners for those two offerings, though Robert Holt told halfwheel that there are “a large number of retailers in queue,” though the company was “just not ready to disclose the final two yet.”

All of the cigars are being made by Tabacalera AJ Fernandez Cigars de Nicaragua S.A.

Update — Shortly after this story was originally published, several details not available in the original press release were added, including the number of cigars in each jar and who is making the cigars. Additionally, details about the first release will not be available until later in the week, a change from the company’s original announcement that they would be available today.