Southern Draw made it clear a few months ago: the 2019 IPCPR Convention & Trade Show would be a big one for the company. On May 22, Robert Holt emailed the media with a press release that he described as the first of “five or six” press releases. As it turns out, the company had eight different lines that are either new or receiving extensions. As it turns out, the easiest way to make your booth look busy is to make sure that it’s not bigger than it needs to be. I gather Robert Holt and Christian Eiroa have the same approach to this: make the booth about 10 percent smaller than it probably needs to be. Yes, you can walk around the Southern Draw booth, but like the CLE booth, it’s cramped. There probably was less than 15 people in the Southern Draw booth when I was there, but it felt like the busiest booth on the trade show floor—with 15 people. This cigar celebrates the fifth anniversary of Southern Draw. The plan is to release LUSTRUM every five years. There’s also a 6 x 52 toro in this blend that is available exclusively at JR Cigars/Casa de Montecristo. The follow-up to last year’s IGNITE Series is actually three different cigars, each offered in a single size. IGNITE is Southern Draw’s charitable cigar series and for this release75 cents per cigar will be donated to the Navy SEAL Foundation. There will be a total of 50,000 cigars released under the IGNITE Series in 2019 meaning the donation should be $37,500. This is described by Southern Draw as medium. The Corojo is the strongest of the trio according to Southern Draw, described as “medium-plus” in flavor. There’s a broadleaf wrapper, a broadleaf binder and three ligero fillers. Normally, that would sound like a recipe for something that would not burn, but it burns great according to Holt. It’s limited to 150,000 total cigars annually, which is technically limited but also a rather large production of cigars.

The 300 Hands/Manos project gets its third blend in the form of a Connecticut. I’m a bit curious to see how this gets merchandised, as the original 300 Hands cigars are made to be displayed in a singular display tray. As a nod to the trade show’s location in Las Vegas, the company is adding the Desert Rose to the Rose of Sharon line. It’s a box-pressed torpedo that features a new filler blend that makes this vitola more robust than the original. While it’s an ongoing production, the company is producing 75,000 cigars this year before upping that amount to 150,000 cigars in both 2020 and 2021. Southern Draw will be introducing new packaging, like the above, for its lines. It says that it faced a patent dispute regarding the split top boxes it previously used for lines like Cedrus. 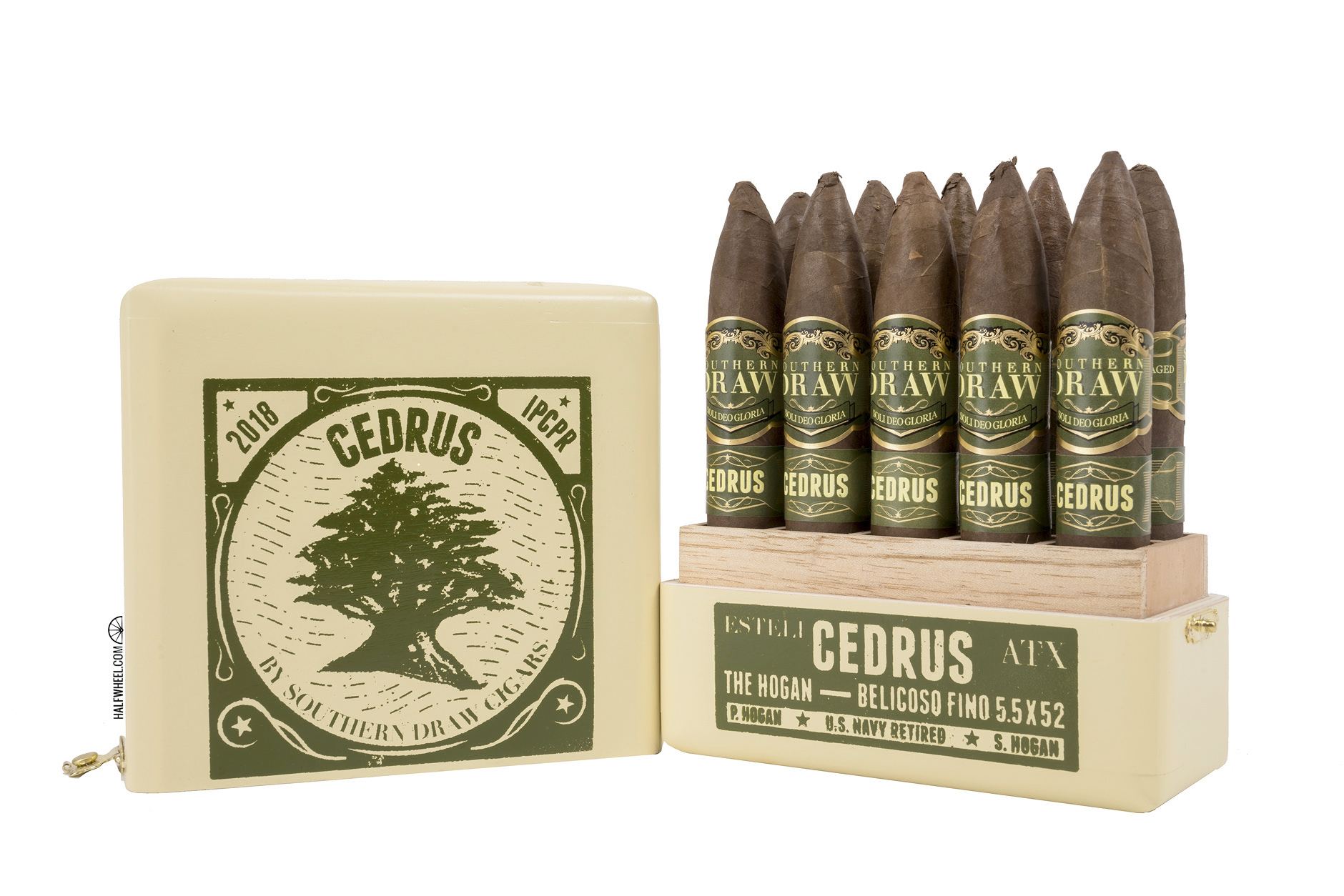 The new packaging will begin shipping to retailers this month.