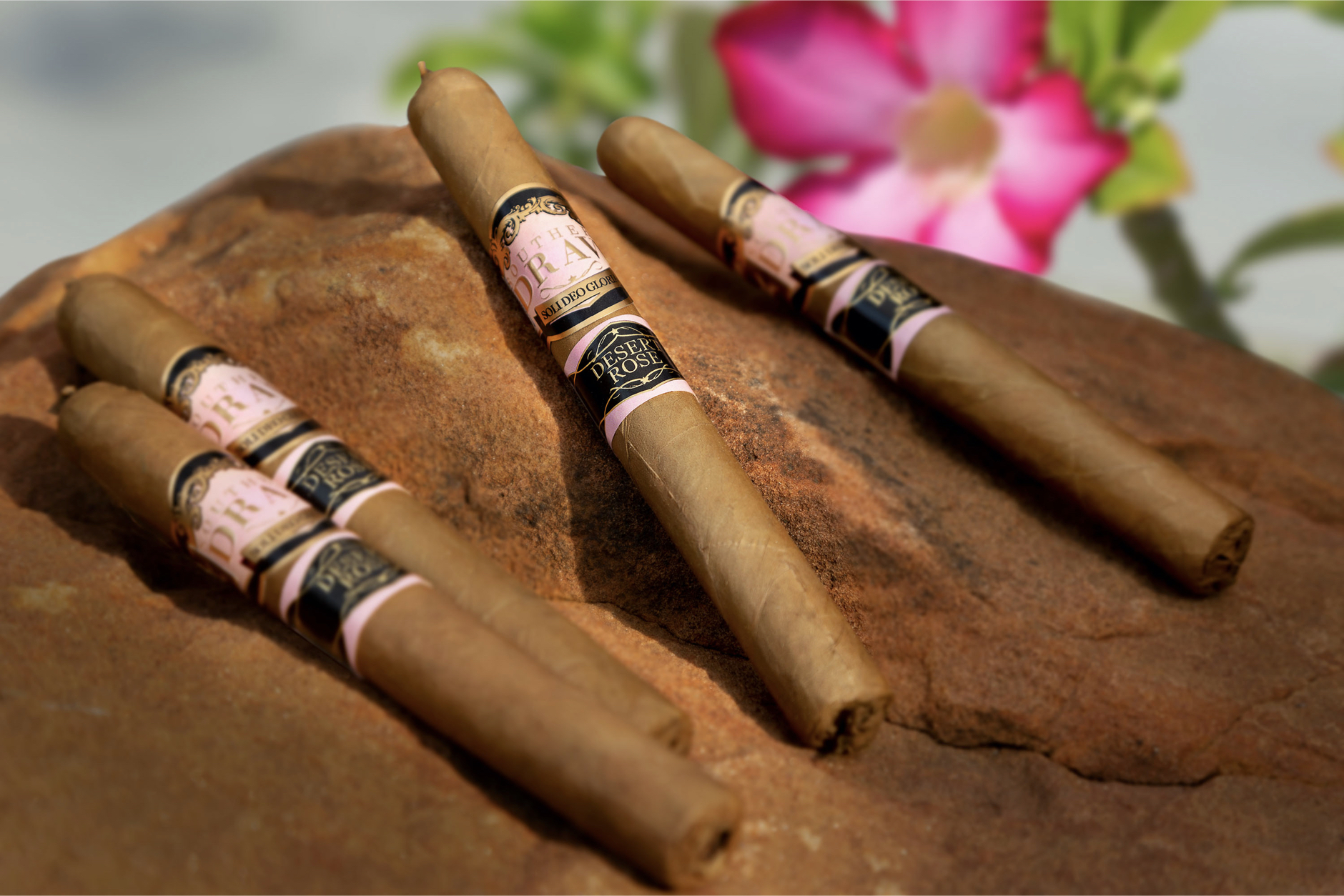 There will be two new vitolas for the Southern Draw Rose of Sharon Desert Rose, one a national release and the other an exclusive for a single retailer. The first cigar to be released will be the Southern Draw Rose of Sharon Desert Rose Famous Exclusivo Toro, a 6 x 52 toro. As the name implies, it will be an exclusive for Famous Smoke Shop in Pennsylvania.

It will go on sale later this week during a virtual event held by Famous Smoke Shop and Southern Draw on Sept. 30 from 7-9 EDT.

“To work with another family-owned company, it’s a connection that allows our families to collaborate so easily, and create exciting cigars our customers will enjoy,” said Arthur Zaretsky, owner of Famous Smoke Shop, in a press release. Retailers nationwide will receive the Southern Draw Rose of Sharon Desert Rose Lonsdale, a 6 x 44 lonsdale with a flag cap. It will be sold in boxes of 12 with an MSRP of $9.99 per cigar.

Production will be capped at 4,000 boxes per year. It will begin shipping in October.

These two sizes bring the number of Desert Rose vitolas to three following the debut size, a 5 1/2 x 52 box-pressed belicoso fino which came out last year. Southern Draw says the Rose of Sharon Desert Rose Belicoso Fino will be offered in both 20-count boxes and bundles going forward. The company also says that production will increase from 70,000 to 80,000 cigars per year.