When you think super-premium, high end cigars, there are probably a few companies that come to mind, though my guess is one of them isn’t newcomer Sans Pareil. Partners Jose “Jochy” Blanco and Aaron Saide are looking to change that though.

When Saide, owner of Chatham Cigar in Midland, Mich. lost his passion for cigars, he decided to go on a journey to create a cigar that reignited that passion. After a long search, he met with Jochy Blanco of Tabacalera Palma, who Saide says was the first person who understood what he was wanting to accomplish. After Blanco showed him his stock of what Saide describes as “elite tobaccos” that he didn’t have any particular plan for, they got to work to produce as Saide describes it, “perfect…excellent cigars.”

Saide is unapologetically blunt. The name of the company is French for without equal or unmatched.

The results are two brands: Sans Pareil and La Instructora. Both of which began shipping last year in limited quantities, though the cigars became a lot more noticeable on shelves earlier this year. The Sans Pareil features four blends: Blue, Gold, Purple and Red.

The Red is offered in three sizes. 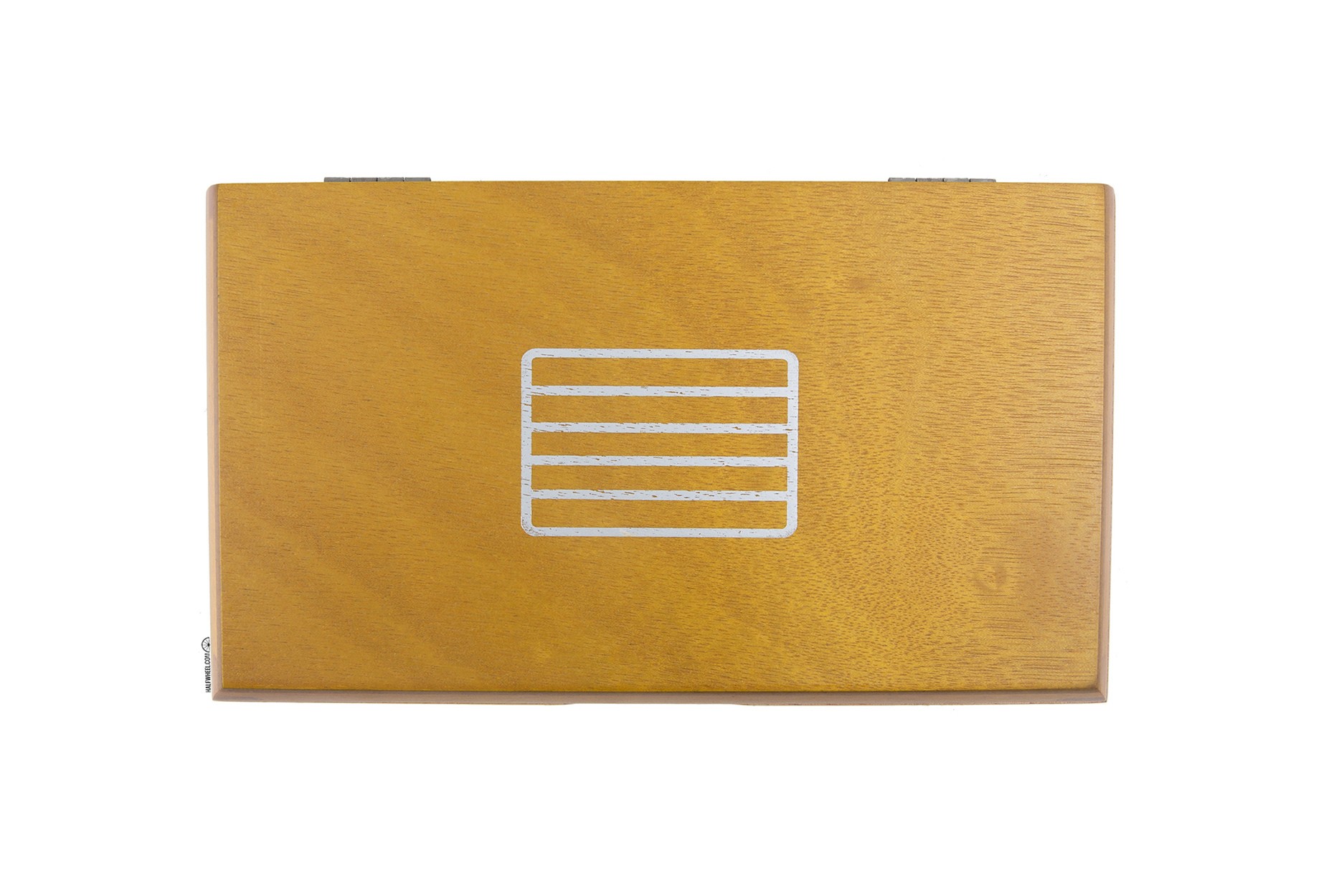 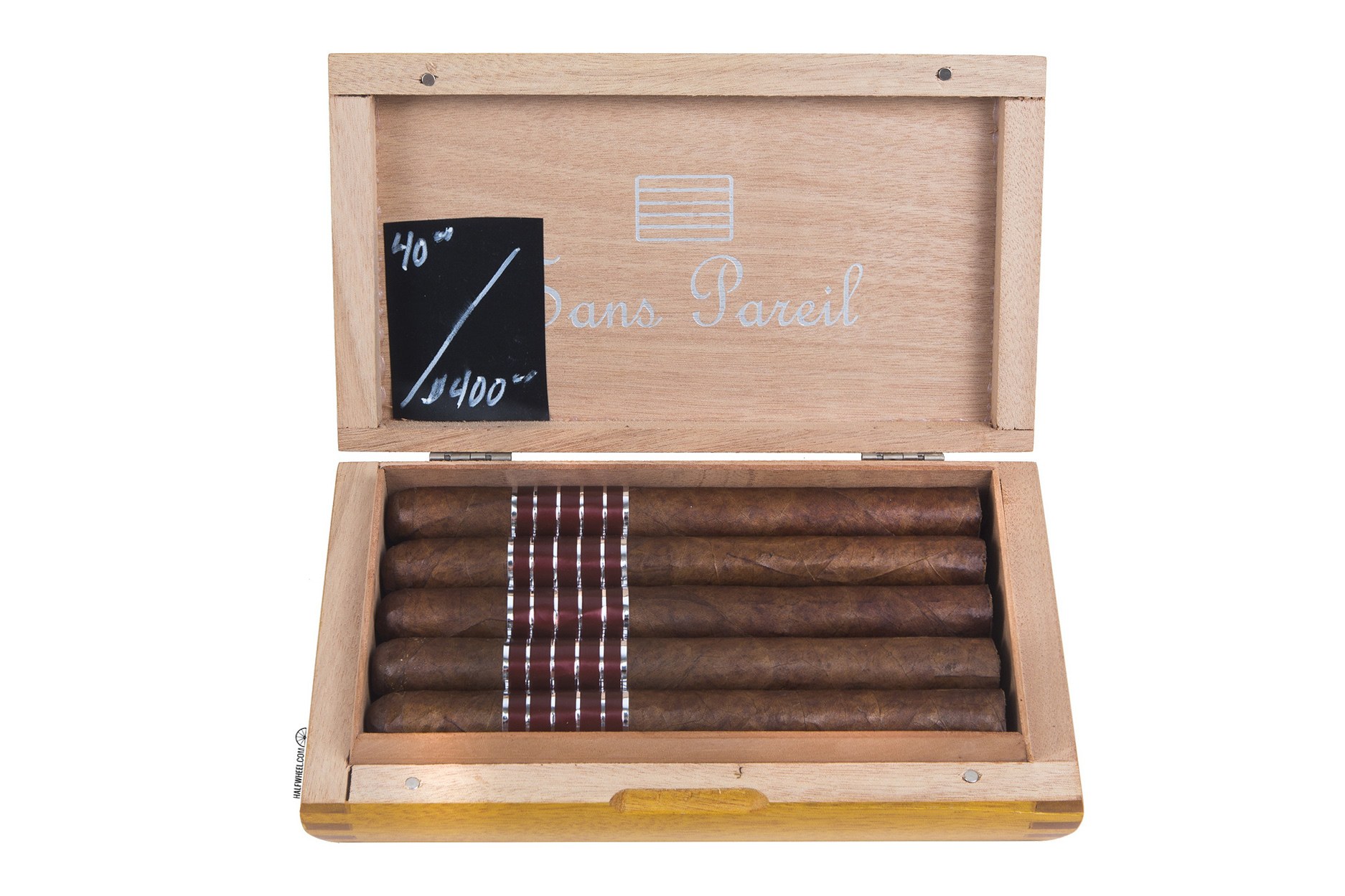 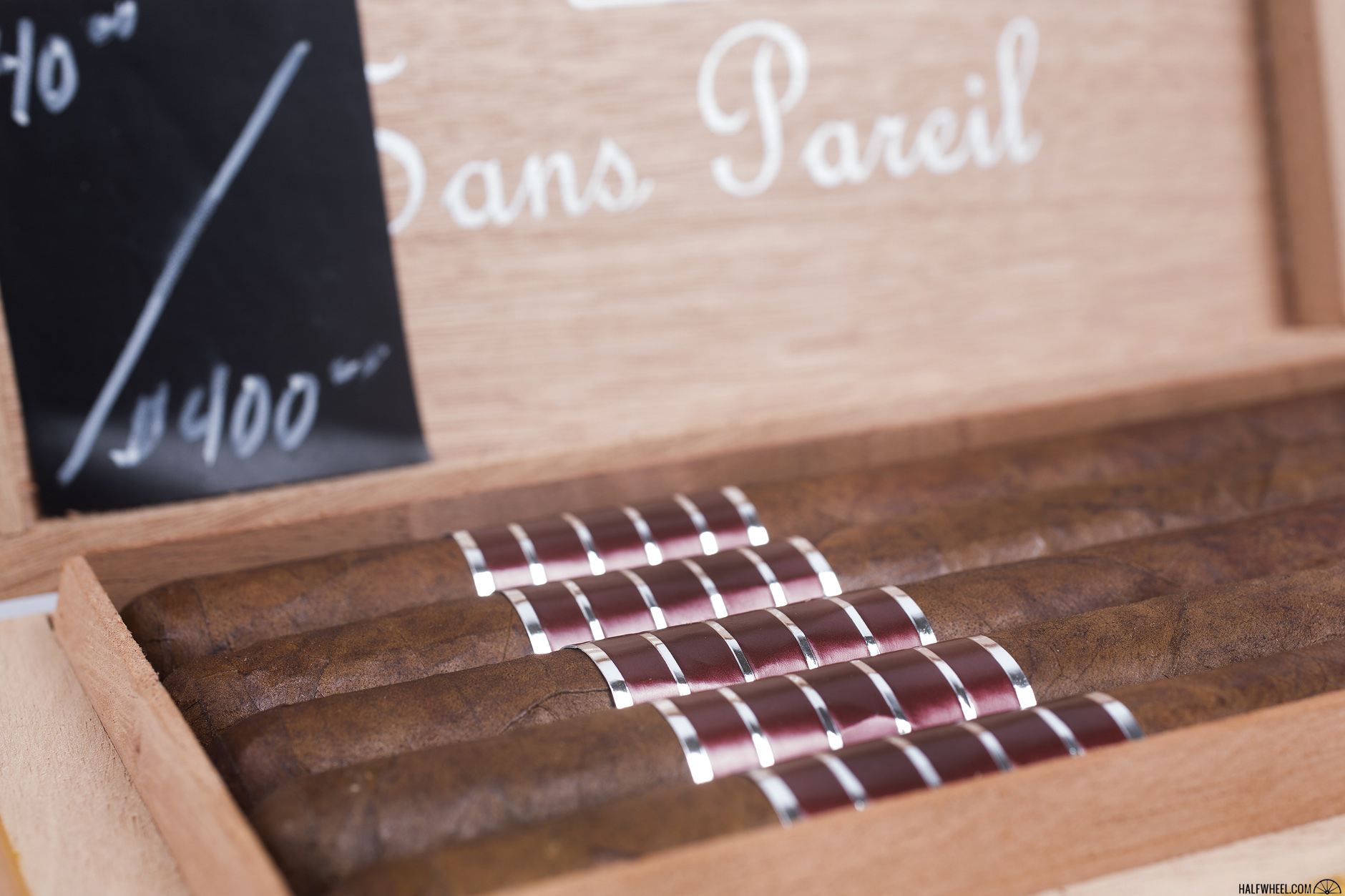 Editor’s Note: The boxes don’t come with those stickers, that was from the retailer we purchased them from. And yes, we paid full price. 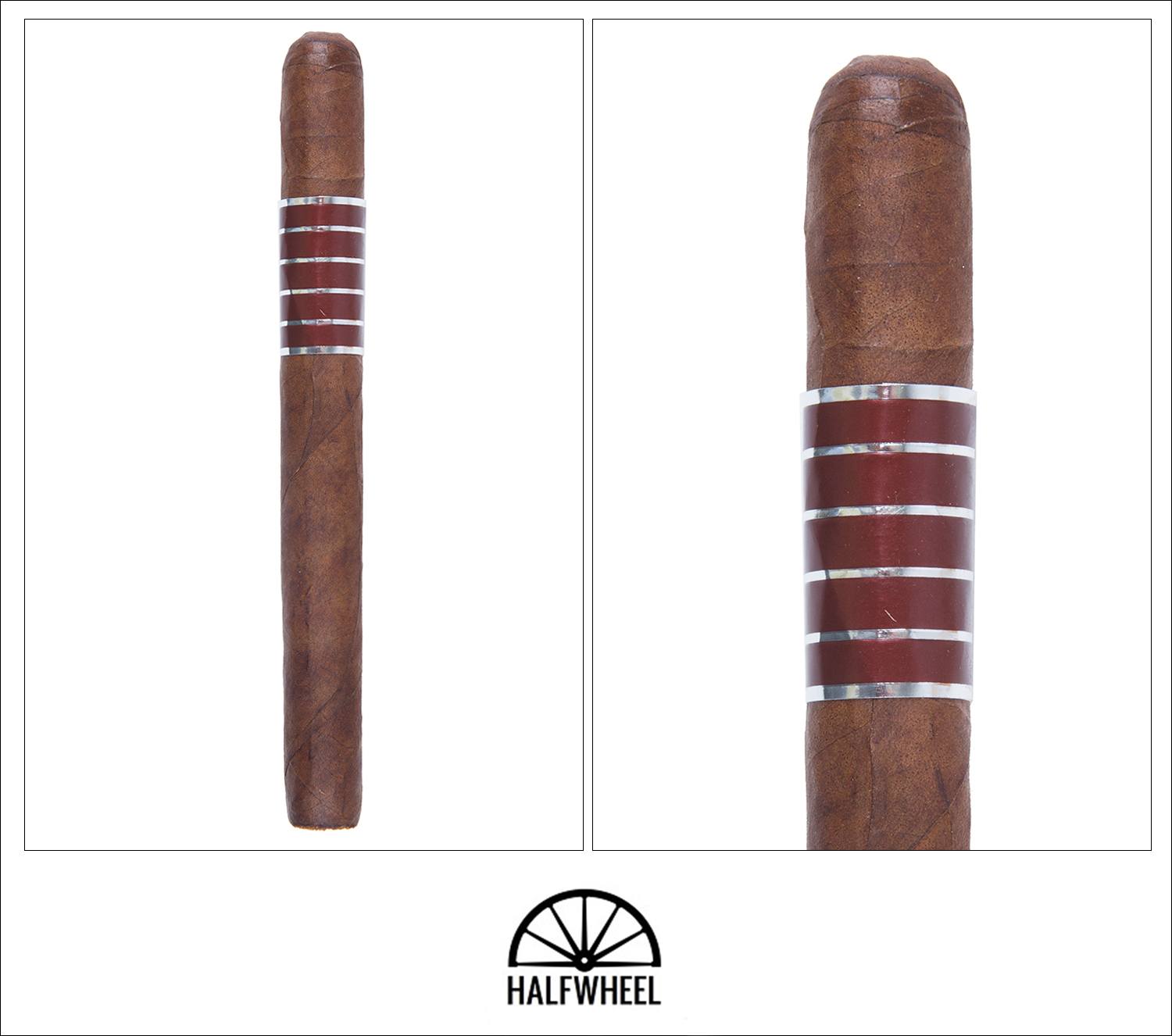 The Sans Pareil Red Churchill has an attractive, shiny wrapper that has a soft, oily feel to it. There are a few spots with a little extra give when squeezed, but nothing that I would call soft spots. Bringing the cigar to my nose there is hardly any aroma coming off the wrapper, just a very mild leather and a sweet, fruity note. After cutting the cap, a cold draw reveals more mild flavors, but more delicate than nonexistent. Chocolate, a little spice, hints of gingerbread and a little spicy pepper on my tongue create an intriguing beginning to the cigar.

Starting into the first third, the sweet spice up front is certainly the first and most noticeable note in the profile. Hints of espresso, nuts, cocoa and a little earth round out the background, while the retrohale does produce some black pepper. Though I wouldn’t say there’s necessarily a spicy pepper note, there is a slowly growing heat on my tongue that I usually associate with one. While the burn certainly isn’t what I would call perfect, it’s quite even and is producing a nicely lined ash that shows its consistent march down the length of the cigar. As the profile develops, there is a sweet fruit note appearing that settles in middle, complementing the sweet spice up front and balancing out the espresso, nuts and earthy undertones. 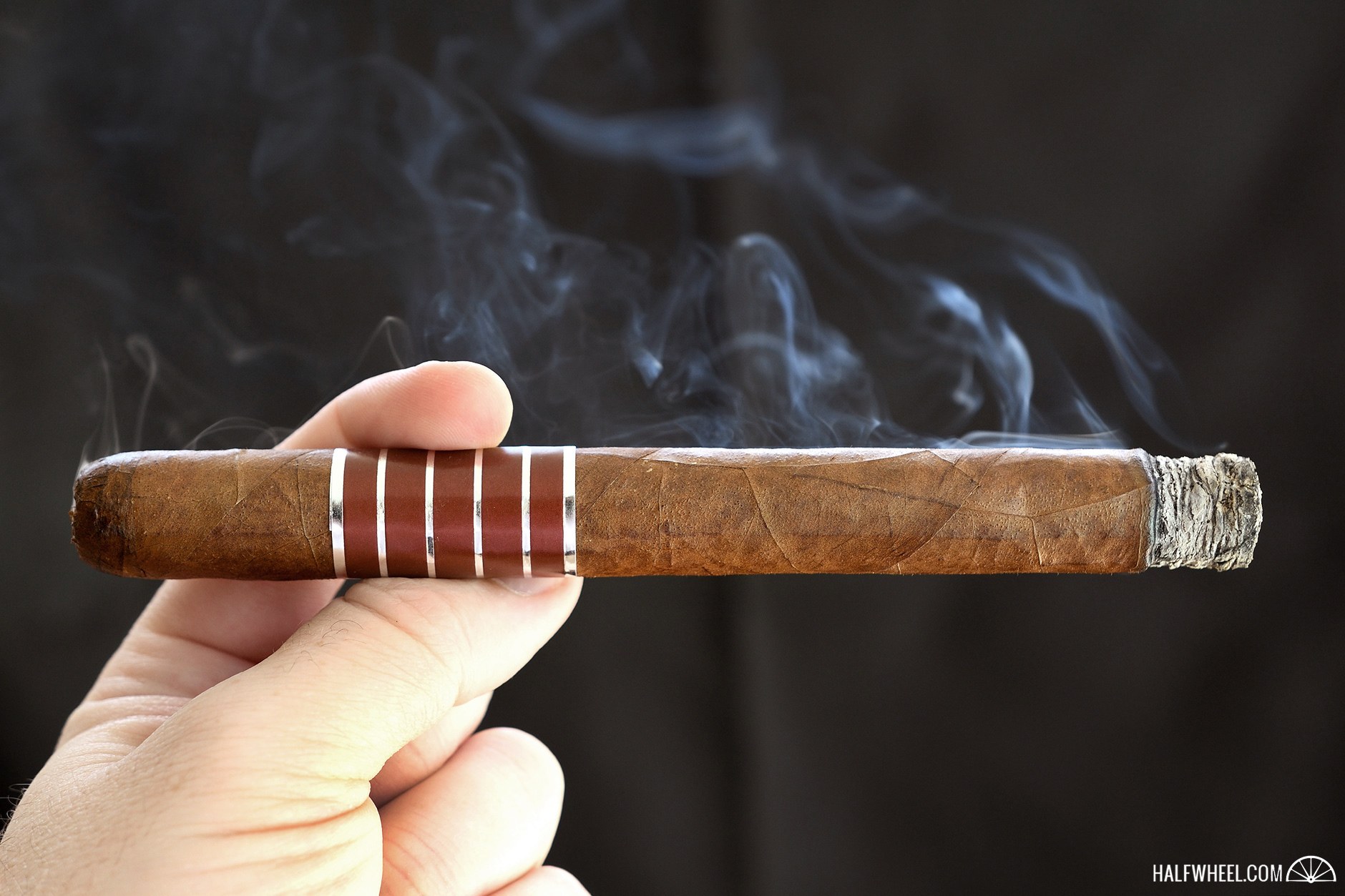 Moving into the second third I notice a reduction in the sweetness, mainly with the retreat of the fruit, but also not as sweet a spice up front. This leaves the profile much more earthy, and the pepper on the nose a little more stark without anything to balance it out. Espresso, nuts and cocoa continue in the background as well. At around the halfway mark the burn starts to get a little uneven, with a couple of spikes that don’t want to keep up with the rest. Right about the same time there is a light harshness that has started to develop in the background. Whether they’re associated or not, I noticed them both right about the same time. 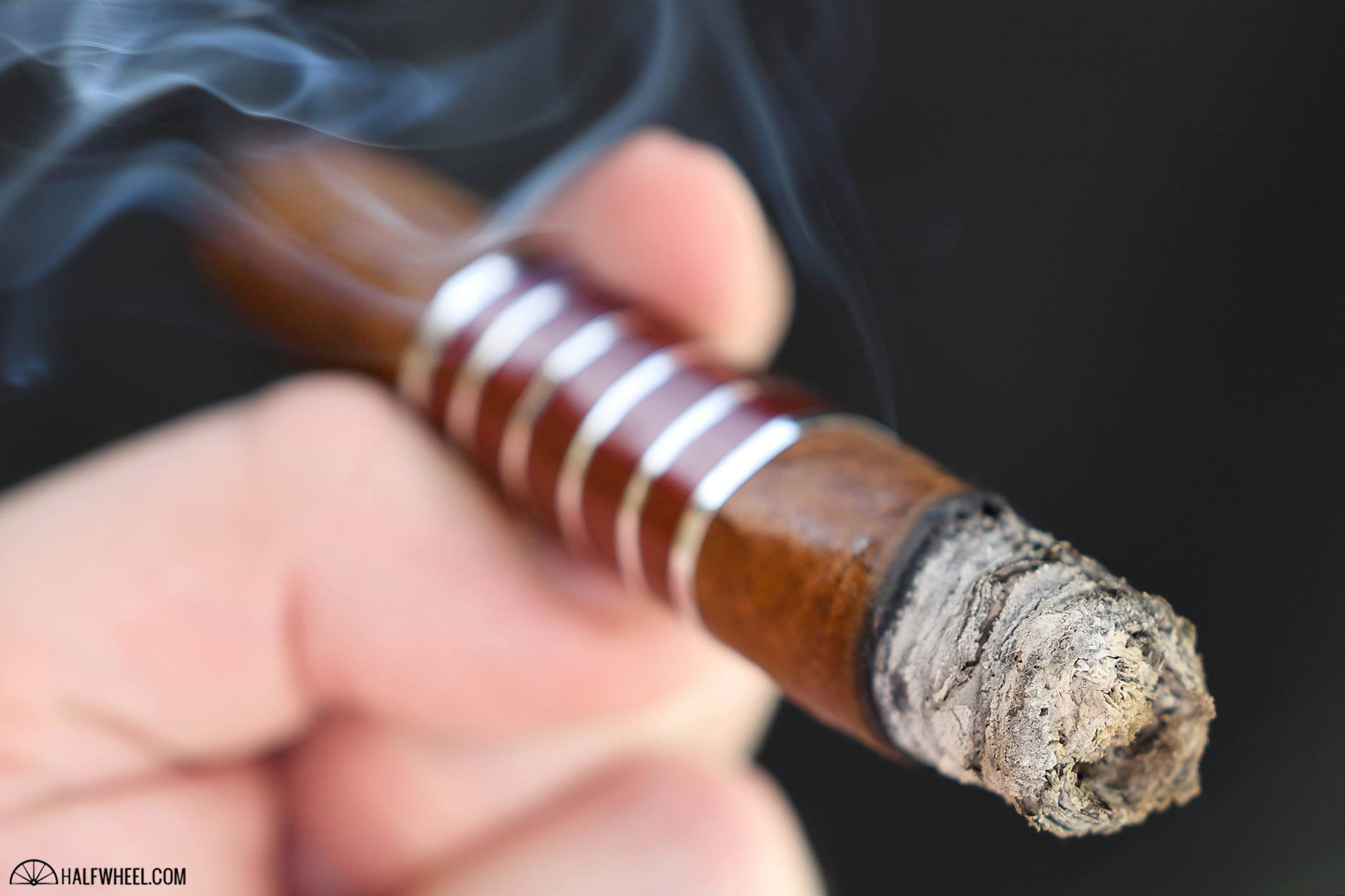 The final third doesn’t see much change in the profile. While the harshness that developed in the second third hasn’t grown any, it hasn’t disappeared either. Also along those lines, the sweetness from the first third never really returns. There are hints here and there of a sweet fruity note, but for the most part it’s a fairly straightforward spice up front, with espresso, nuts, cocoa and earth in the background. The burn continues to be slightly jagged, never evening back out to the same level as the first third, but it’s not out of line enough that I need to touch it up. Reaching the last inch of the Sans Pareil, it finishes smoothly enough without picking up anymore harshness and continues to produce an enjoyable enough profile all the way to the end. 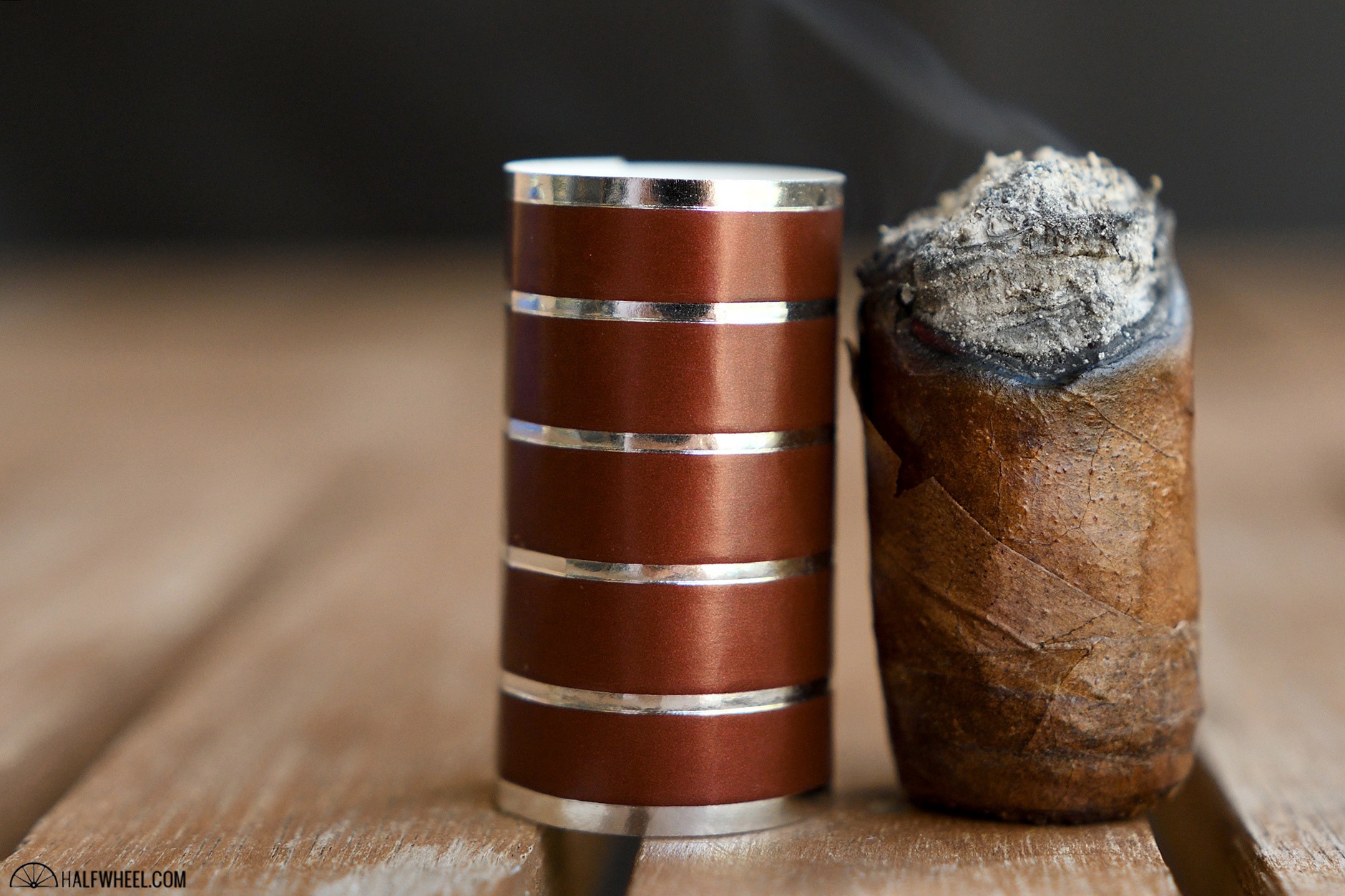 If the Sans Pareil Red Churchill wasn’t provided to me by the site for the review, I'm not sure if as a consumer I would have taken a chance on a relatively unknown brand at this price point - especially since the Red line doesn’t have a size in it cheaper than $40. Having said that though, I am glad I got to try it. While I don’t think the burn or profile achieved the perfection claimed by the company, it certainly was quite good - especially the first third. If the first third had been replicated into the other 66.67 percent of the cigar, then I think the claim of perfection would be much closer to reality. Unfortunately the reduction in sweetness and some slight harsh undertones did bring the overall enjoyment levels down a little. For the most part though the delicate and flavorful profile did produce an enjoyable experience, and I think that’s what most of us are looking for in a cigar anyway. When we're talking about cigars at this price point, it's hard to just throw a blanket statement out there to "go try it for yourself" since many people think spending $20 on a cigar is too much, not to mention twice that amount. However, if you find yourself buying an occasional or regular cigar at this price point, taking a chance on the San Pareils is something I can easily suggest doing.