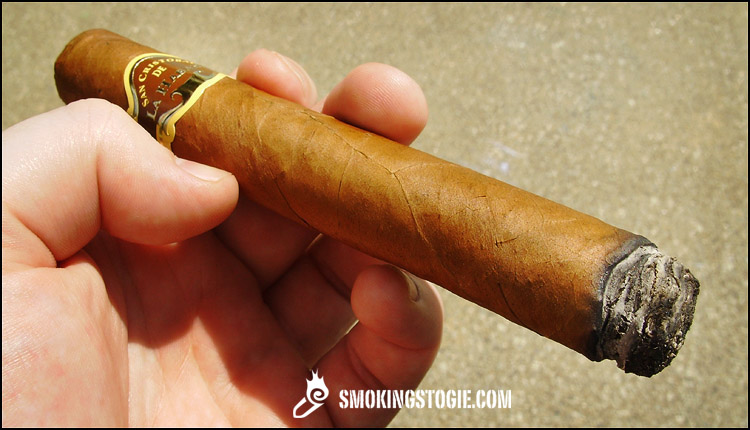 In 2001 Habanos S.A. introduced the Habanos Collection Book Series. It consists of a layout of cigars presented in a special book-shaped humidor. Each year so far a different brand has been chosen for the program with Cuaba being first.

Here is a full list of the releases to date.

All of the releases are big cigars.

For this review I will be doing the 2009 release, The San Cristóbal O’Reilly. Only 1,000 books were made for this release and each book contains 20 cigars. Here is a look at the San Cistobal O’Reilly Book itself (photos courtsy of www.cubancigarwebsite.com):

For this year’s 2010 release, Habanos S.A. has announced it will be releasing the Bolívar Grand Belicoso. Keeping up with the large cigar format it will be a 7 1/12 x 54 double pyramid. On the prelight aroma I get a mild cedar, hay and a touch of pepper. It has an overall light scent to it.  It sports a very light chocolate Colorado shade wrapper typical with San Cristóbals. It has a couple veins but has an overall very smooth feel to it. I am a sucker for the San Cristóbal band and this doesn’t disappoint. It has a very plain but elegant look to it. On the cold draw I get a nice aged cedar taste mixed with an overall mild, but sweet tobacco taste.

Right off the bat, in the first third, I am hit with a very sharp bitter taste.  After a few puffs the bitterness subsides and I am finally able to detect some opening flavors. I am getting some hay, wood, and a touch of coffee. Very rough opening start though. I am really hoping this gets better.

As I move into the second third the bitterness has thankfully all but disappeared, and the cigar has also mellowed out nicely. I am getting a nice nutty flavor as well as some milder cedar notes. There is also a nice creamy coffee note on the finish. While these flavors are nice, but I am getting an overall dry papery character under all this. The performance of the cigar is great however; perfect burn and the draw is fine. 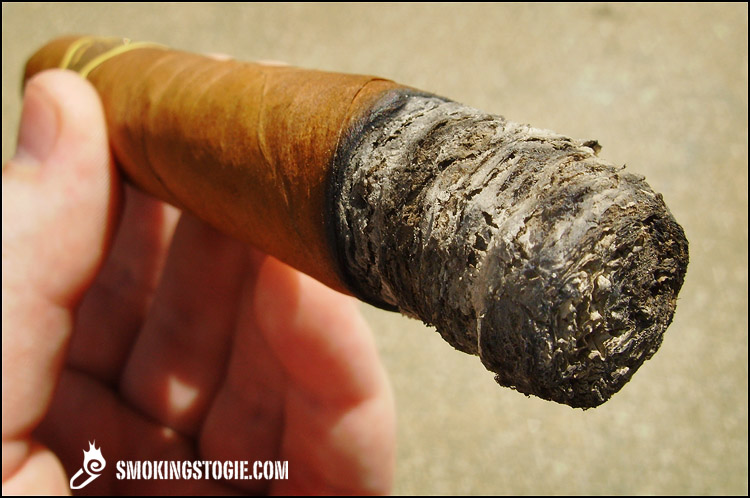 The final third is a continuation of the last. The cigar is a solid medium body at this point. A touch of chocolate has come into the picture and mixed with the cedar, nuts and coffee would usually make this a very nice easy flavored, complex stick. I just can’t seem to get away from the dry papery characteristic that this cigar has in the background. While it’s not as bad as the second third it’s still an issue. Sadly, this cigar just didn’t do it for me. It had all the makings of a good cigar but the dry paper note just ruined the whole thing for me. I am not sure if I got a bad stick or if this cigar just needs to be put down for a while. I have had heard a lot of great things about this cigar so it leaves me very confused. I guess it’s just one of those things. I will revisit this cigar in six months, but until then, I hope everyone has a better experience with it than I did.